It was a beautifully moody winter day here in the Beskydy Mountains. 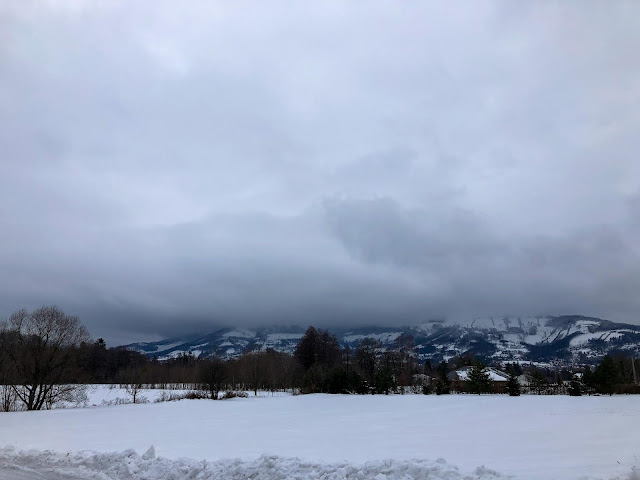 But instead of winter beauty winning today, winter moodiness took over. 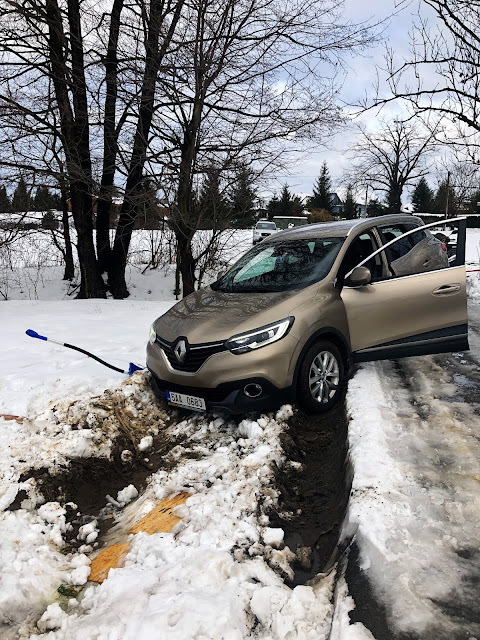 Dave, on his way to meet me for lunch (we'd taken separate cars to church this morning since I had worship practice early), slipped off the little farm road near our house. 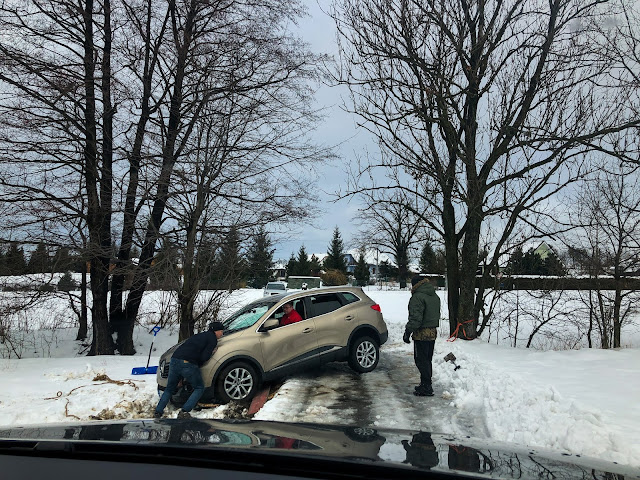 Between thick, slushy snow, and icy patches on the road, it was not a good recipe for driving today.

Our friend Petr, who so often comes to our rescue, came first to help solve the problem. Then a neighbor came by with his four wheeler. 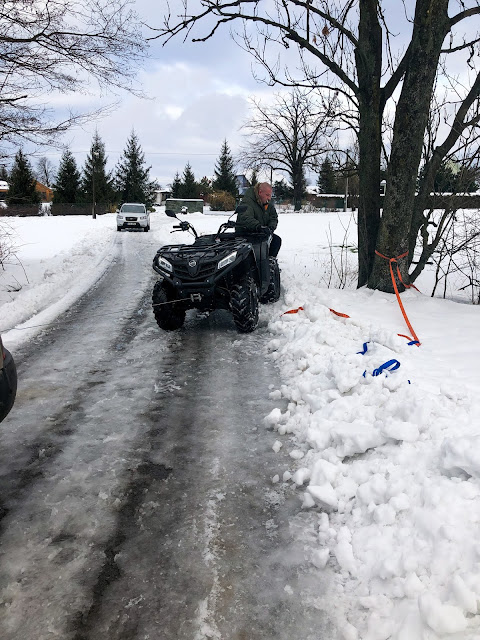 But after many attempts, and two hours trying to pull the car out, it was still stuck in the ditch. 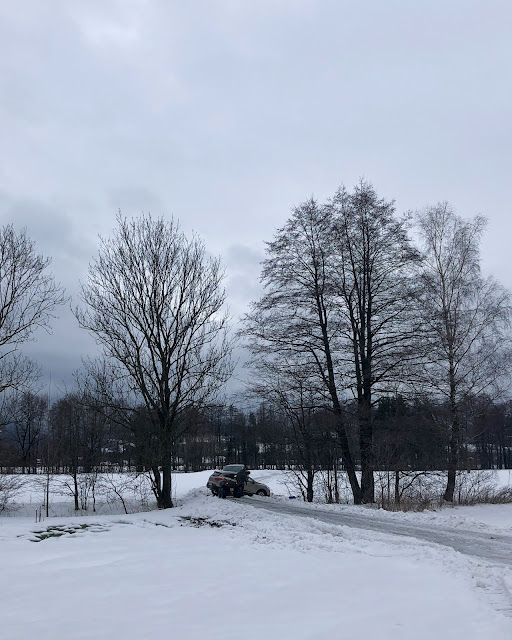 Thankfully the tractor/snowplow made a pass nearby and Petr flagged him down! It was just a matter of minutes and the car was safely back on the road. 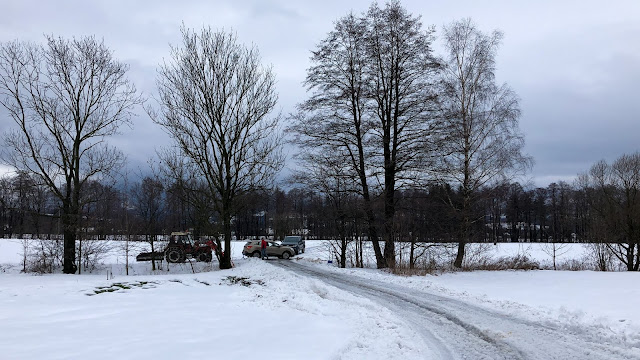 Once Dave had brought the car back home to meet me, he asked, "What do you want to do now?" to which I replied, "Get lunch!"

So off we went...albeit on a different road...and had a nice lunch together. 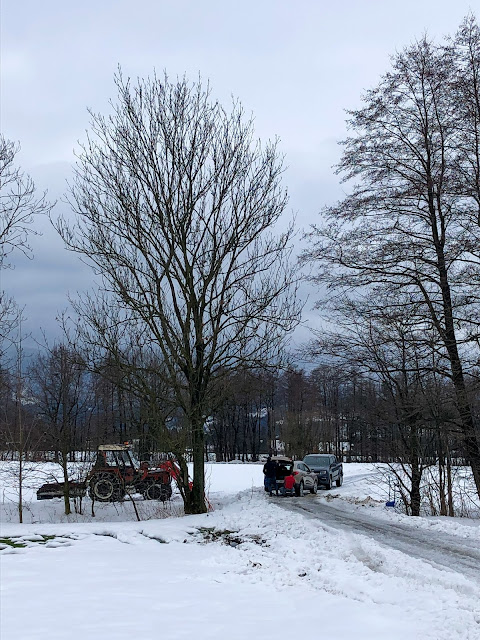 The car is no worse for the wear, and we know now not to take that little road for the next few days!

But it was Dave's comment to me over lunch that really struck me.

"I guess God had other plans today. I'll accept that!"

He then said that the conversation inside his head had started with his flesh, which wanted to rant about what had happened and fling all sorts of accusations around. But because he's been teaching recently about what it means to put the flesh to death and turn towards the Spirit, he chose the latter. And because of that what could have turned our day into a bad one, kept it a sweet one.

And after all that, he said, "And I'm glad I got to meet another neighbor!"

I appreciate Dave's cheerful choice to listen to the Spirit today!
Posted by Living By Lysa at 11:30 PM