Call me a little bit crazy, taking two little people to the mall in the evening! 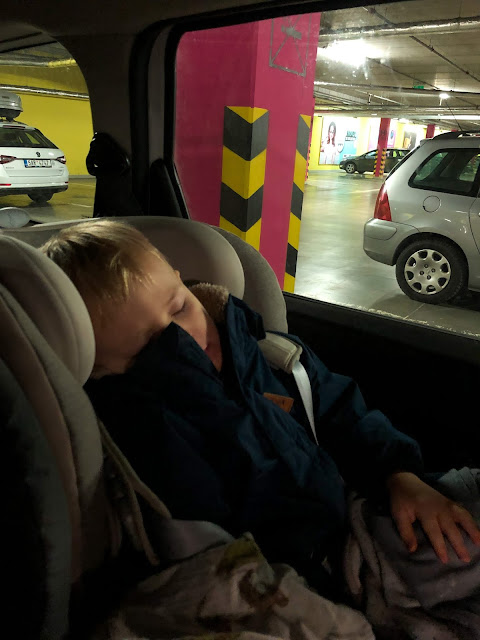 Judah fell asleep on the 15 minute drive here, so Asher and I let him sleep for bit while he enjoyed his free roaming inside the car! 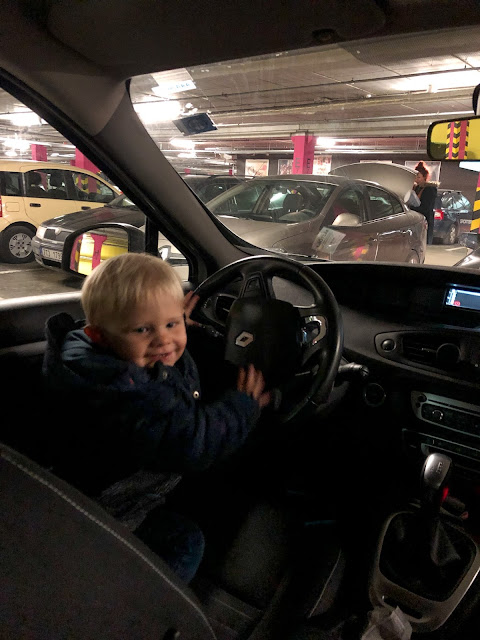 We came to do several errands for the boys this evening, and I'll say that it felt rather epic to be walking through the mall with these two, all by myself! 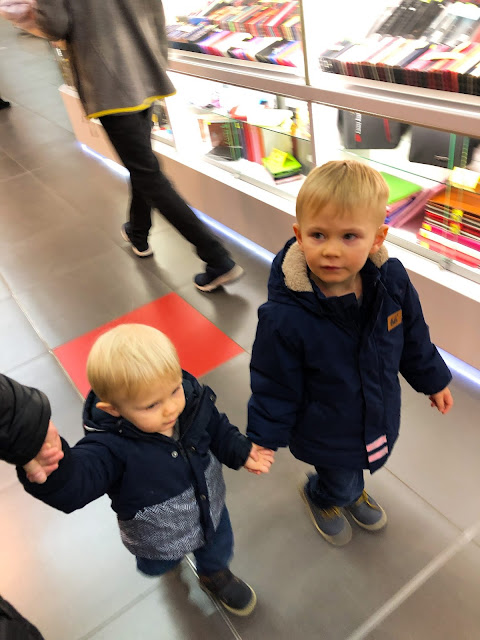 Asher came away with new boots as he is growing at "light speed" these days and needed some bigger ones! 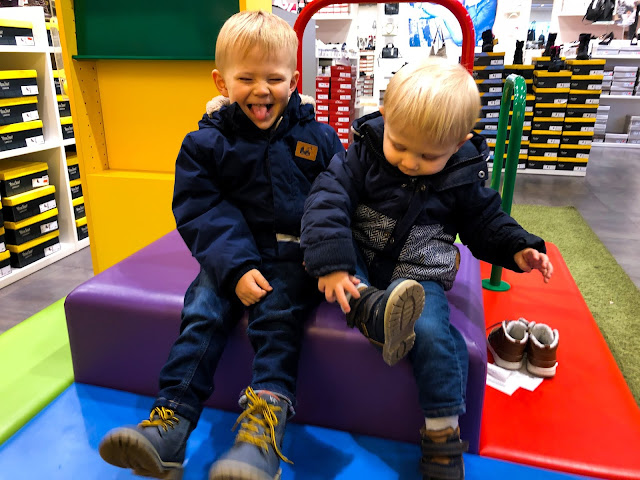 Since it was dinner time and McDonalds was just across the way, we took ourselves over there before finishing our errands. 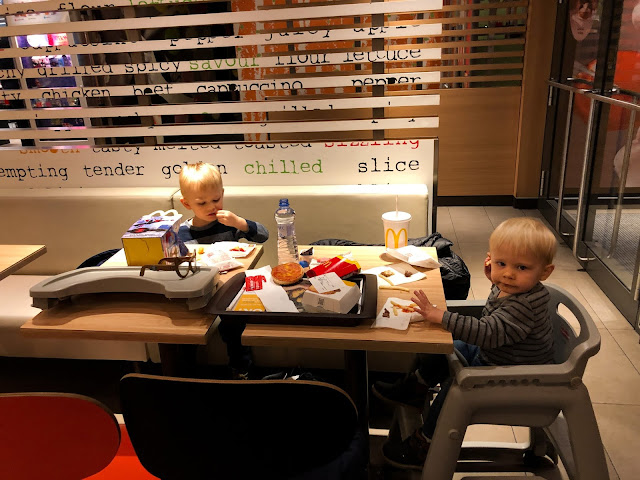 Some JV friends happened to be there as well, so we got to see them as they were just finishing and heading home! 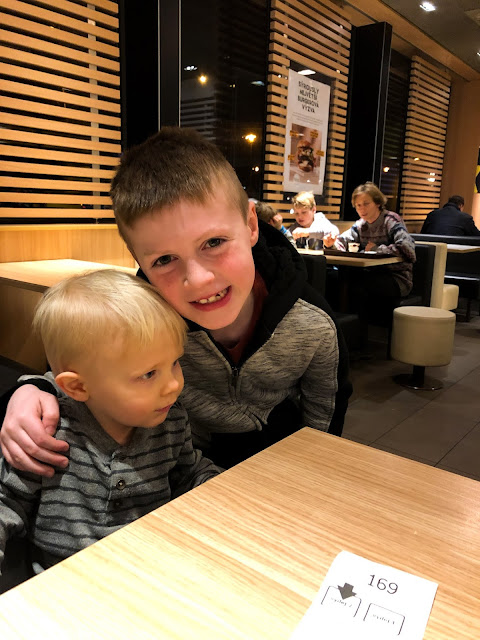 If you know me, you know that McDonalds is kind of a special place to me.

I have very fond memories of going to the first one in Eugene, Oregon where I grew up in the 1960's. I worked at one in Portland, Oregon while I was in high school in the late 70's. And it was a place we frequented often in Ostrava when we first moved to Czech and were trying to figure out life here (it was a piece of "home" back then).

And now, for the first time, I'm here with my grandsons. It felt right to be here this evening! 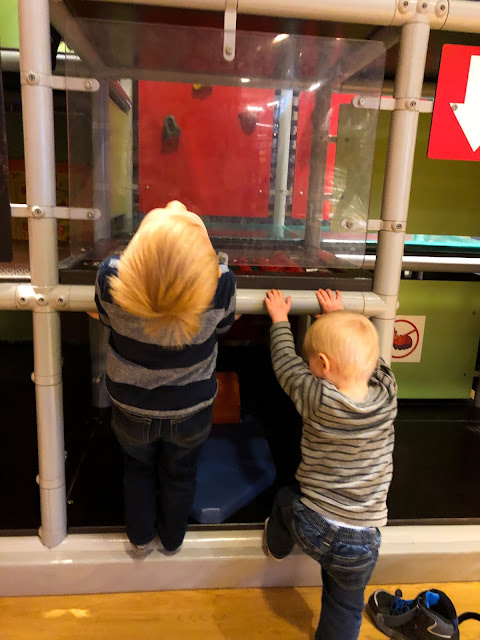 Afterwards we finished our errands by going to the toy store in search of something in particular for Judah. 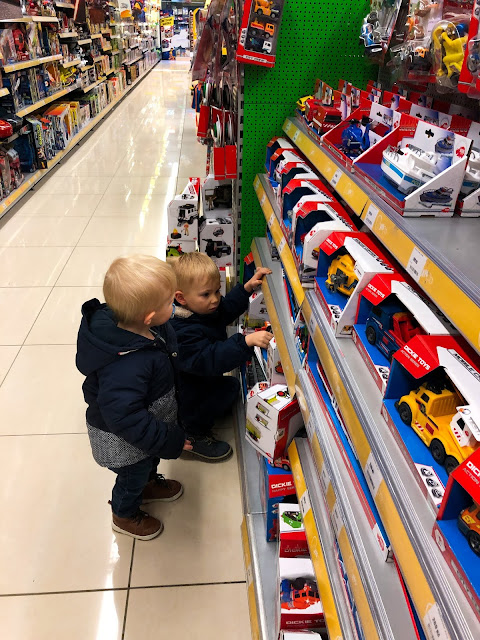 No, we didn't buy any trucks, or any other toys for that matter.

We bought a little guitar! 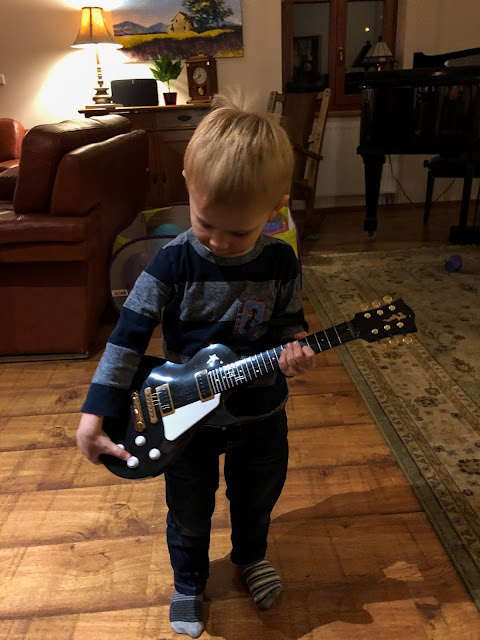 Both Judah and Asher enjoy making music (in a kid kind of way), and will always find my various kid-friendly instruments in the toy box when they come over. But the one thing we were missing was a guitar. Granted this isn't a "real" one, but it will do for now as he learns to feel it over his shoulder, strumming and moving, like his daddy does when he leads worship.

We were in the middle of a jammin' session (no kidding...these guys LOVE to make music!) when Papa got home tonight. 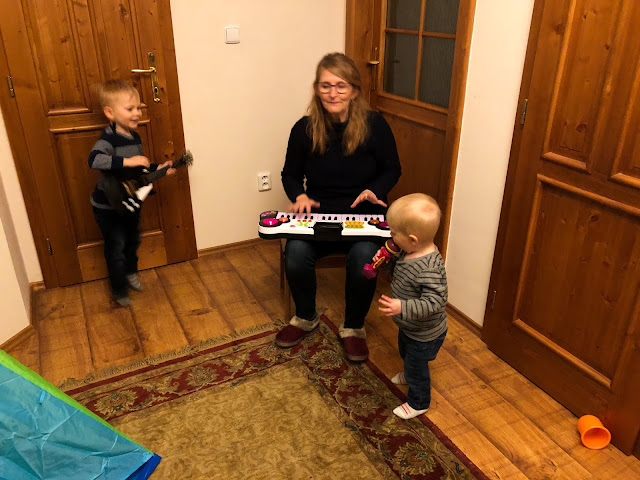 After hugs for him we continued on with our little band until it was time for bed. 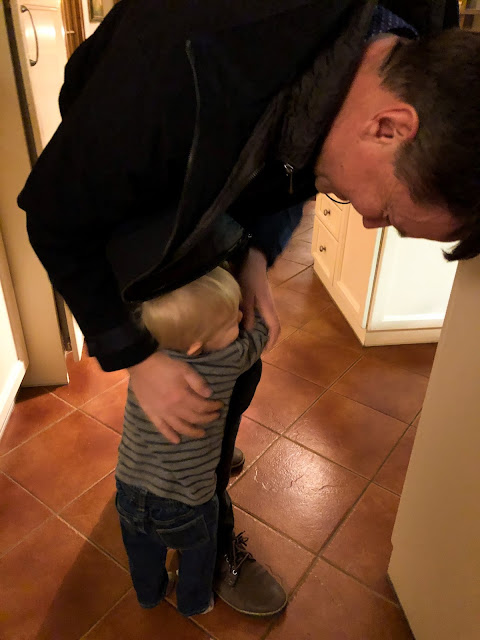 You never know if a child will end up being musical or not, but with how much they love it, I'm guessing that one day they'll both play and/or sing! 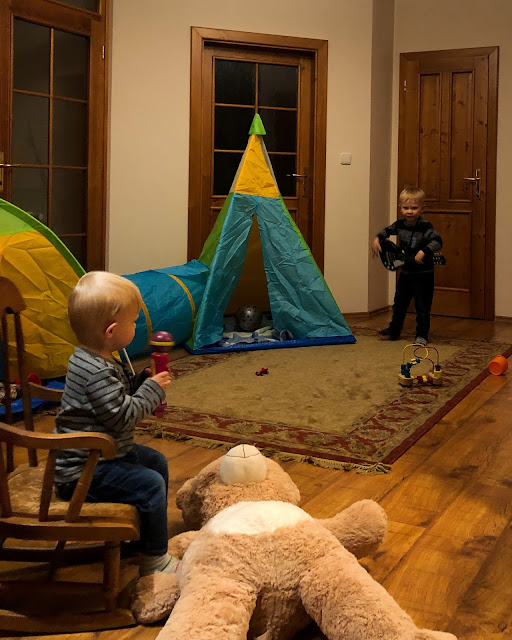 Dave had come home early from Academy as it was a free evening for people to spend together. He stayed at Malenovice for a while after dinner, but then came back to finish prepping for his final sessions tomorrow.

And get a run in on the treadmill! 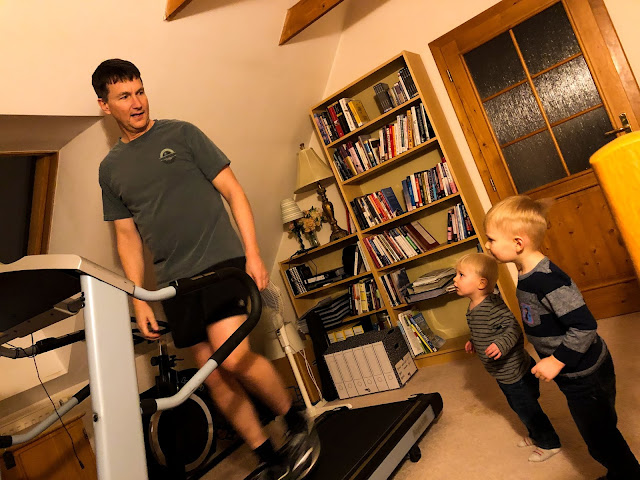 It was a great end to another day at Nonnie Camp!
Posted by Living By Lysa at 11:00 PM