It's day three of Nonnie Camp here at our house in Frydlant.

Judah, Asher and Charlie's parents are up at Malenovice, our training center, for a week of staff development called JV Winter Academy. So I get to spend these days with all three grandsons! 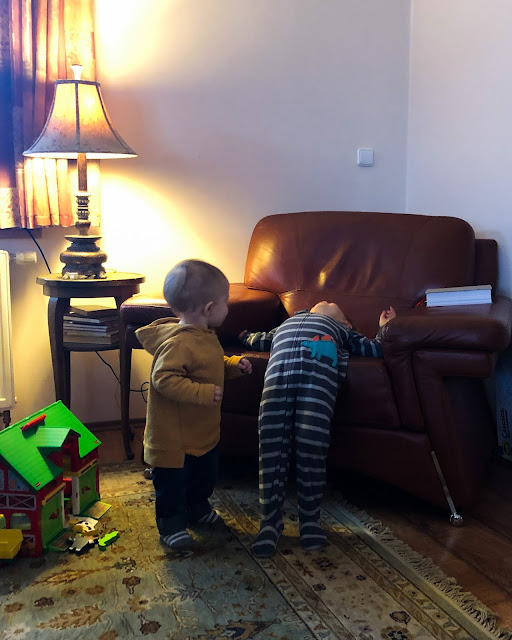 Asher had another late morning wake up today, which meant time for Judah and Charlie to hang out together. They were cracking me up as I watched Charlie imitating Judah in so many different ways! 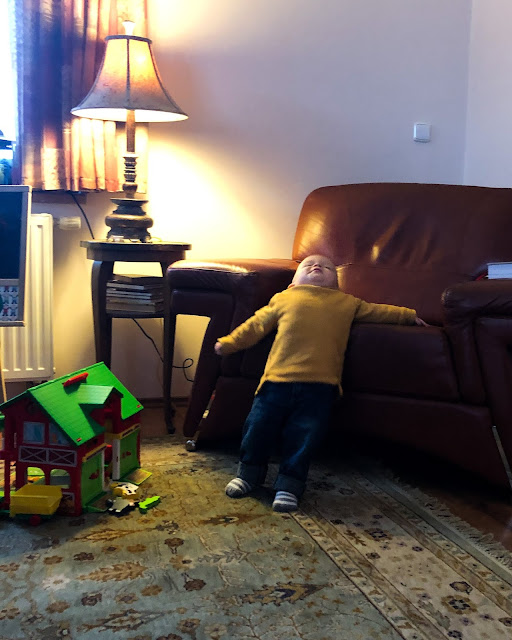 Though I don't know if they will have memories of this time (maybe only through these photos that they'll perhaps see one day!), I love watching them play and spend this time together, bonding as cousins. 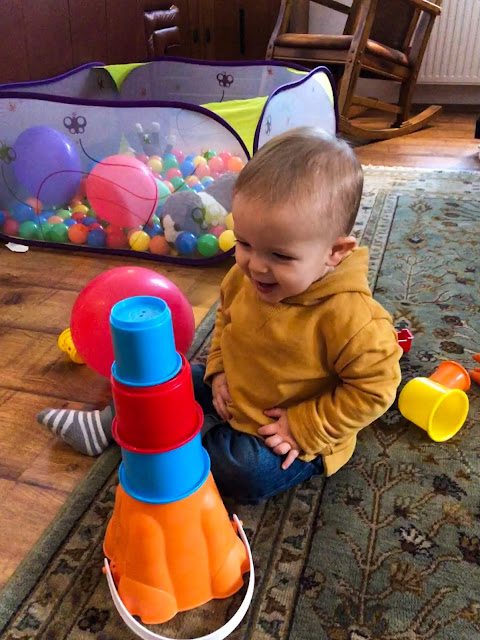 Asher and Charlie were born just ten weeks apart, so they are close in age and development. It is the sweetest thing to watch them interacting and learning about each other during these days of Nonnie Camp. 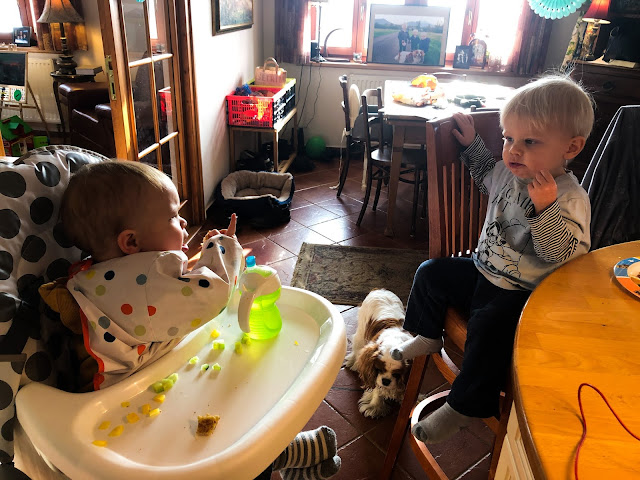 As I'm spending this time together with all of them, I'm praying throughout the day about all sorts of things for them. But one of those things is that they become close friends with each other. 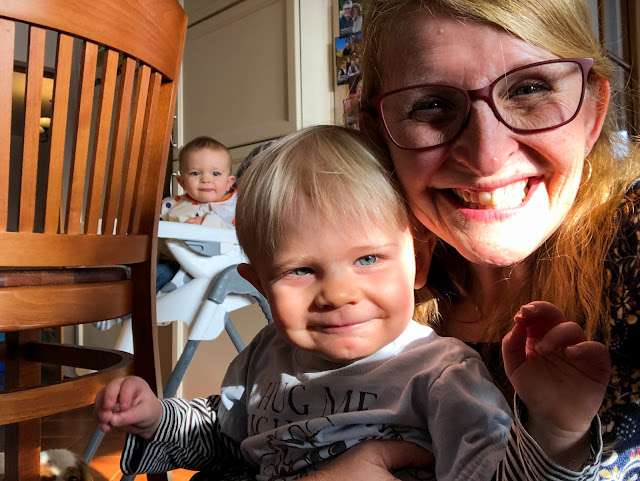 Knowing that Charlie's other grandparents would be at our place any moment, I captured a few more pictures of Charlie being Charlie! 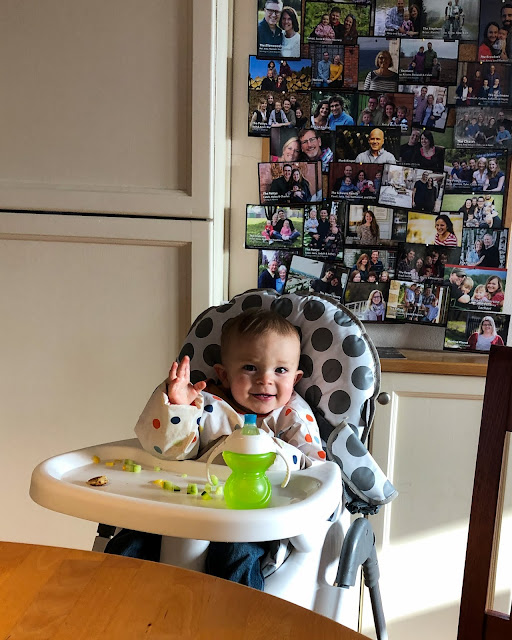 He loves to connect with people and is quick to say "Hi" in his sweet little voice throughout the day, as well as say all kinds of other words that he's learning daily now! 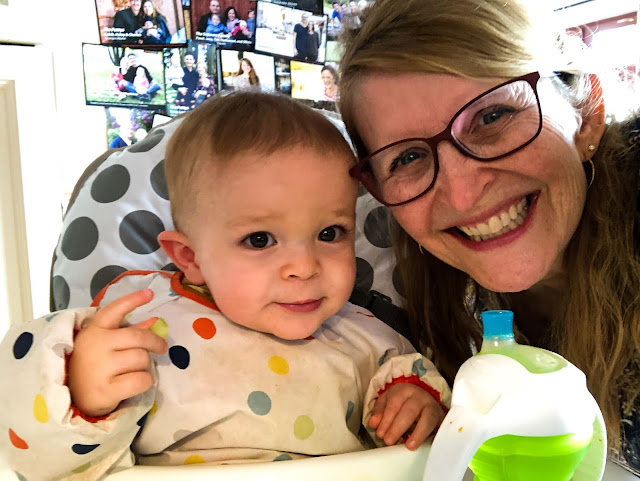 Mark and Amy (also known as: Grandpa and Mimi!) arrived from Bratislava just after lunch, along with Caleb and Haley from Academy, so they could get Charlie ready to go. 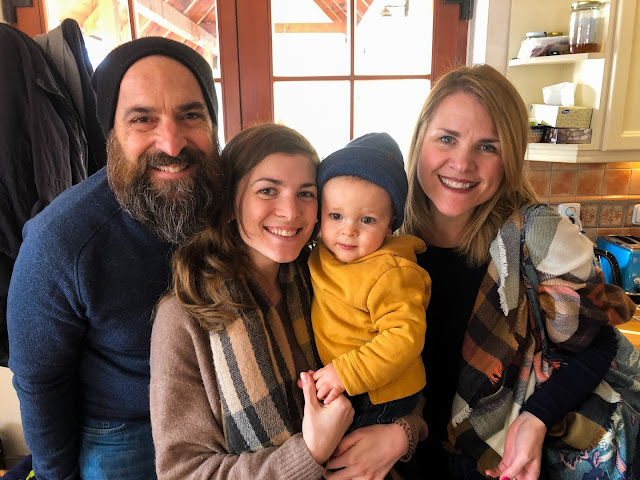 It is so amazing that Charlie has both sets of grandparents here in his part of the world! They too serve with JV in the country of Slovakia. They'll take Charlie to their home for the next few days while Caleb and Haley finish at Academy, and then they'll head there to pick him up.

After saying goodbye, Judah and Asher were a little sad at his departure, so we just took it easy until it was nap time. 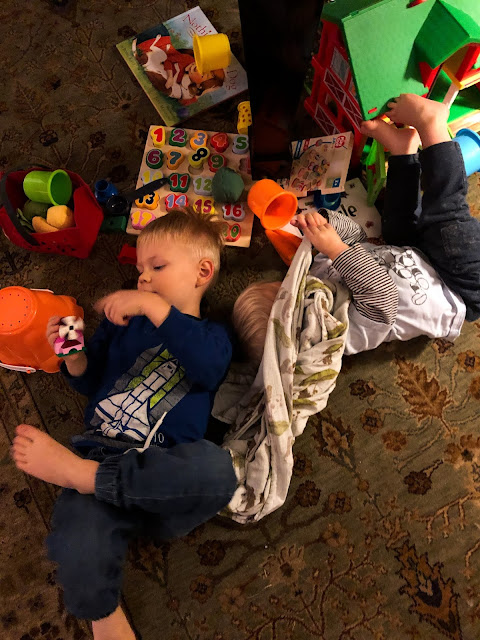 The rest of our day was quiet and uneventful. A good sort of day!

Another thing I've been praying for this week is that all three of these boys will grow up to be godly men like their daddies, Papa, Grandpa and Pops (Judah and Asher's other grandpa), not to mention their great grandpas!

Though they don't know it yet, it's such a privilege for them to have such a long heritage of believers in their families. 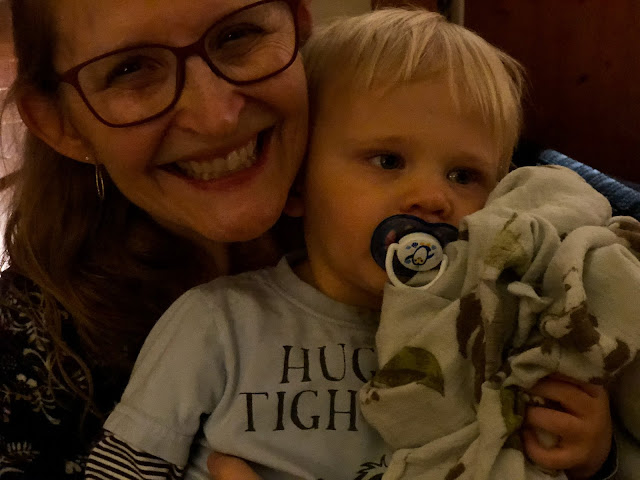 I'm sure loving this time of "hands on" investment in them, spending time together and praying over them as we go about our day. 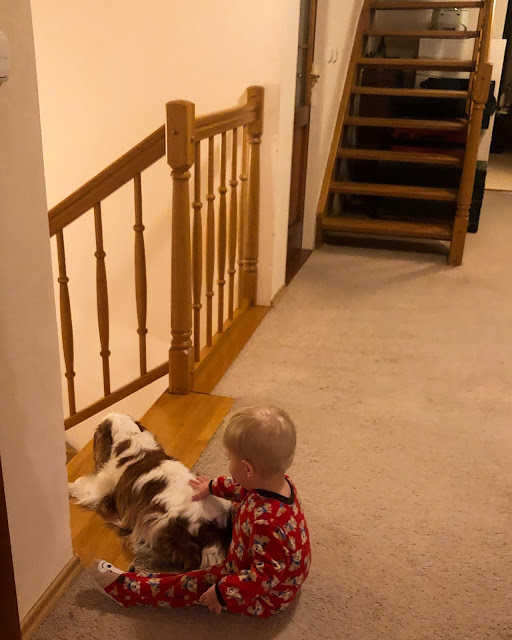 While I do feel like I know Judah, Asher and Charlie, there is nothing like time spent in person with them, getting to know all of their cute, funny and sweet ways!
Posted by Living By Lysa at 11:00 PM