We got to bed at 2 AM last night after celebrating New Year's Eve with friends at Selah, JV's retreat house in the mountains nearby.

It was quite a jolt to my system when Dave woke me at 6:30 AM and said, "The alarm didn't go off! We have to leave NOW!" 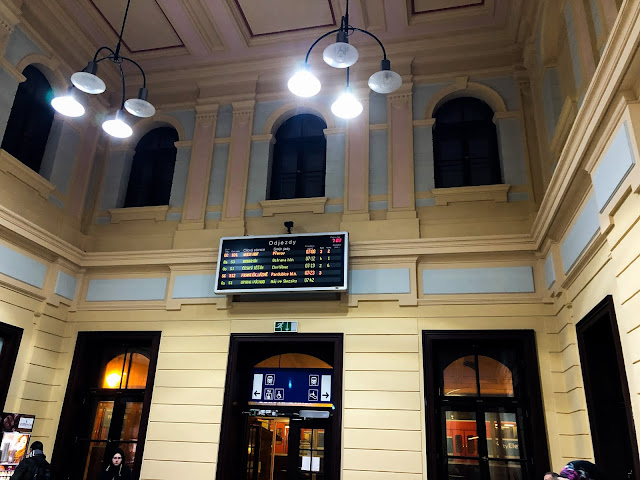 Good thing I hadn't unpacked from my quick trip to the States. We were out the door in ten minutes, and arrived at the train station in Ostrava with minutes to spare! 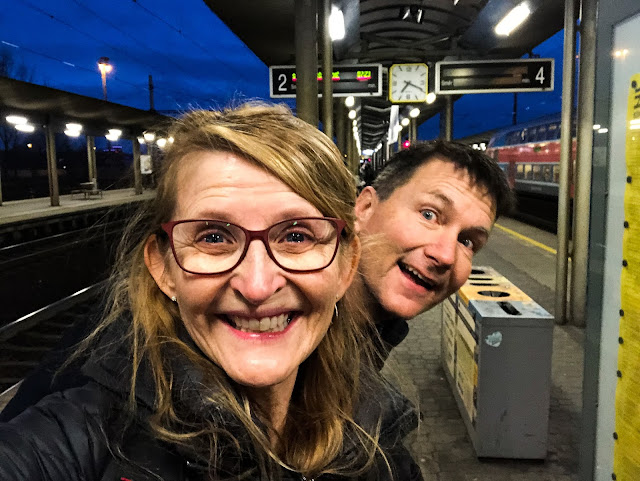 Why on earth are we traveling again, and on New Year's Day?? Well, that's an unfolding story!

I slept most of the way across the country, waking only minutes before we had to get off the train in Plzeň, not far from the border with Germany. 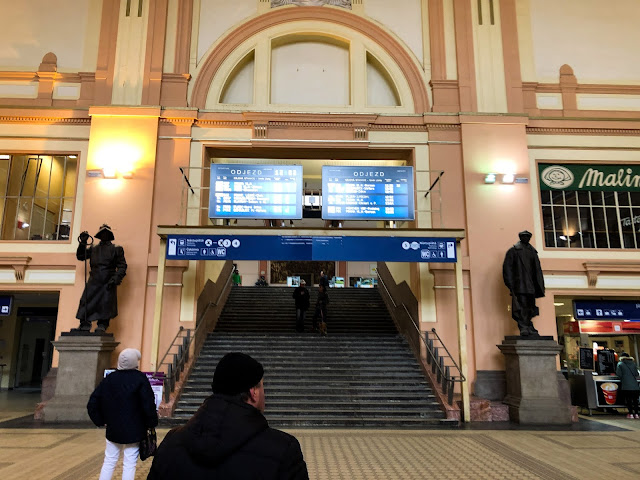 With nothing open because of the holiday, we found the waiting room and passed an hour in there with everyone else. 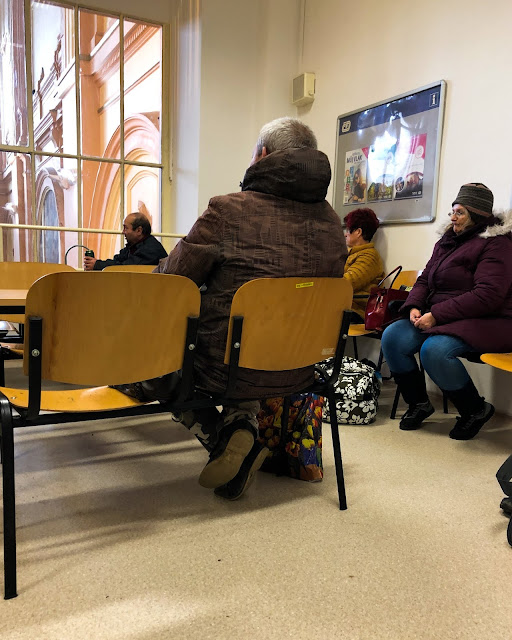 When it was time, we headed for our next train. Only to find out the reason why we hadn't been able to get seat reservations when we'd booked our tickets. 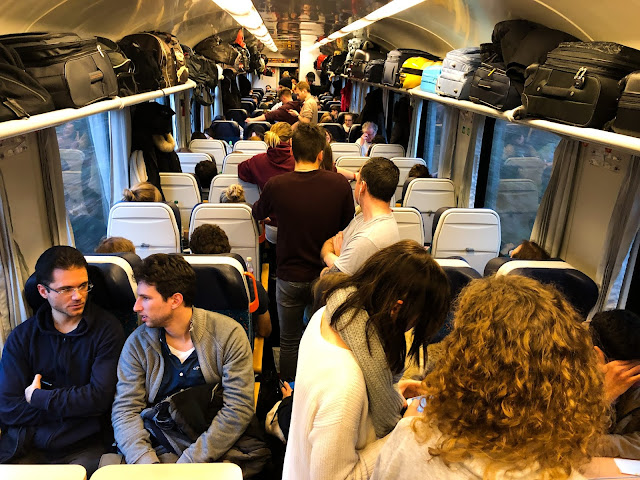 Not only was every single seat occupied, but they'd taken off a train car just as we'd come up the stairs to get on. That meant everyone in that car had to also cram into the three remaining cars. 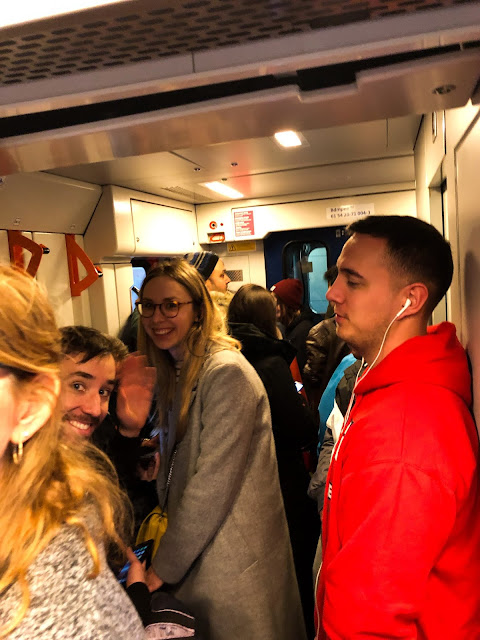 Every aisle was completely stuffed with people, including the little entryways into the train car, as you can see above.

Shudder the thought that someone might need to crawl through all those people and go use the bathroom (the door behind the guy in the red sweatshirt)! 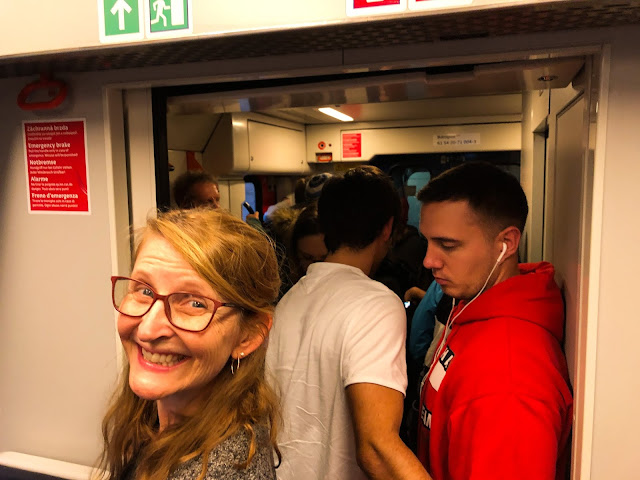 With a journey of 2 1/2 hours ahead of us before our destination, we did the only thing we could do.

Make the best of it! 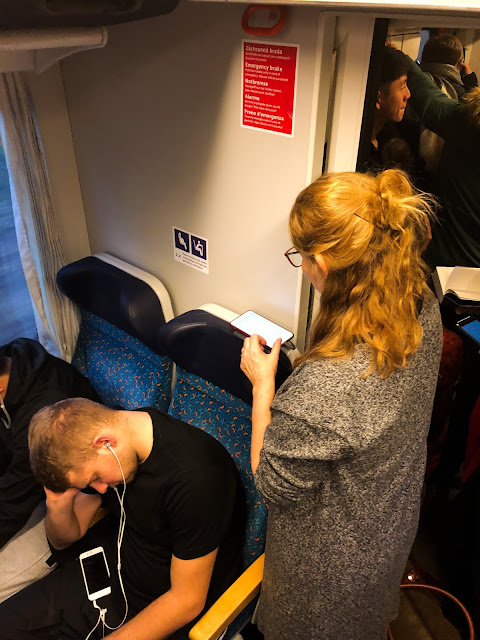 I read almost a whole book on the Kindle app on my phone. Was sure glad Dave had an external battery so we could charge our phones while standing there (thanks Polly!).

As I stood there I kept thinking, "This could be a lot worse than it is". We could have been cold, hungry, crammed even tighter, on the train for longer, or heading for a sinister location (think, "the Holocaust"). I happened to be finishing a book on that very topic.

Instead we were among many young travelers who were also just rolling with the punches, laughing and talking with strangers the entire way. It's amazing how quickly the time actually passed before we arrived. 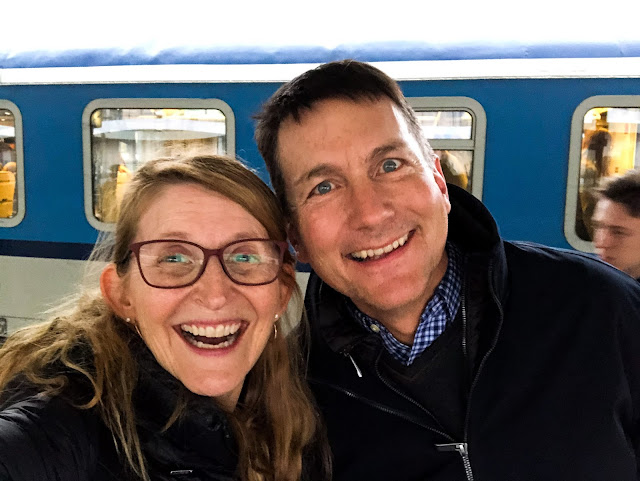 This is actually not our final destination, but it's where we're stopping for the night.

This is Regensburg, Germany! 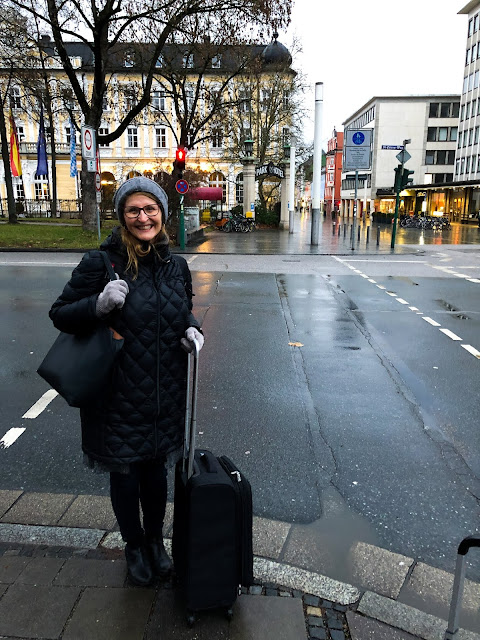 We quickly dropped our bags off at the room we were staying in (kind of surreal to not have anyone check you in, but just get the key from a box and let yourself in!), and headed to the old town. 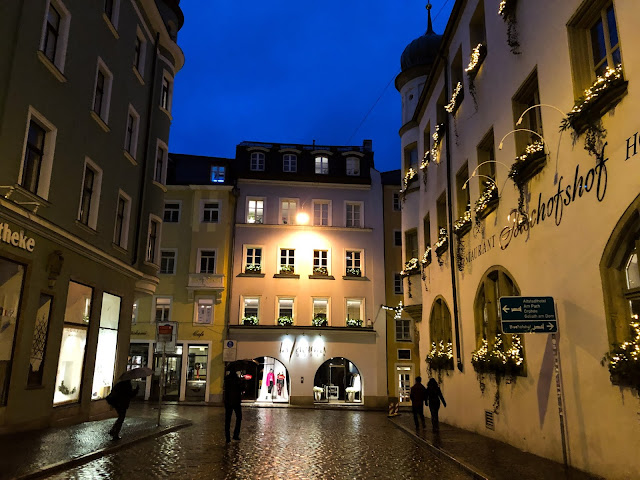 With a light rain falling, we wandered around this UNESCO World Heritage Sight and enjoyed seeing the medieval center of the city. 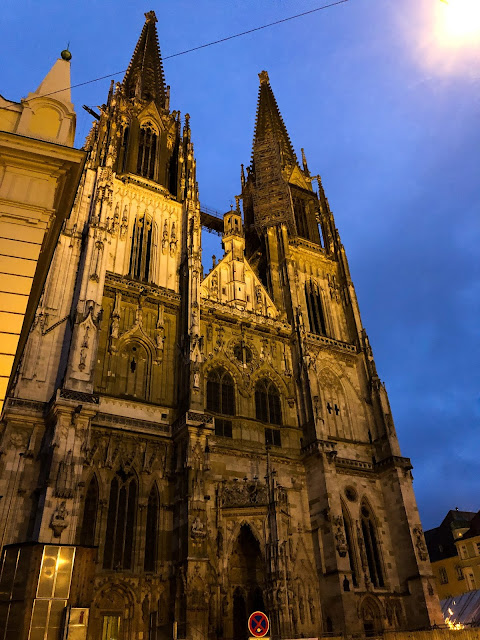 Having never visited here before, it was fascinating to find out that the first settlements here were in the Stone Age! 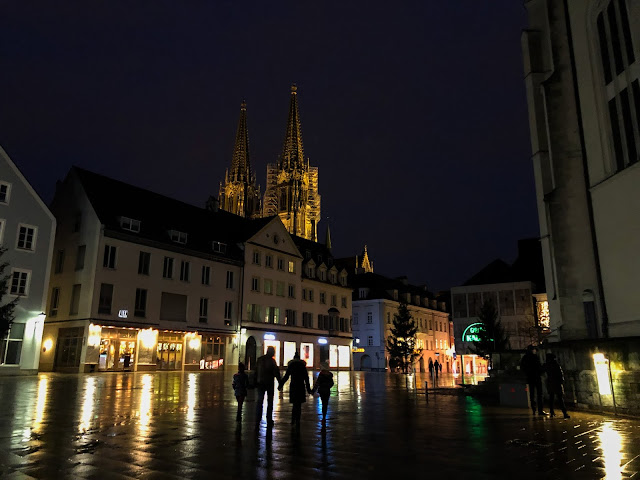 It's been called "Italy's most northern city" because of the fact that the Romans were first here in AD 90 when they built a fort, and it was an imperial city under the Holy Roman Empire for nearly 600 years! 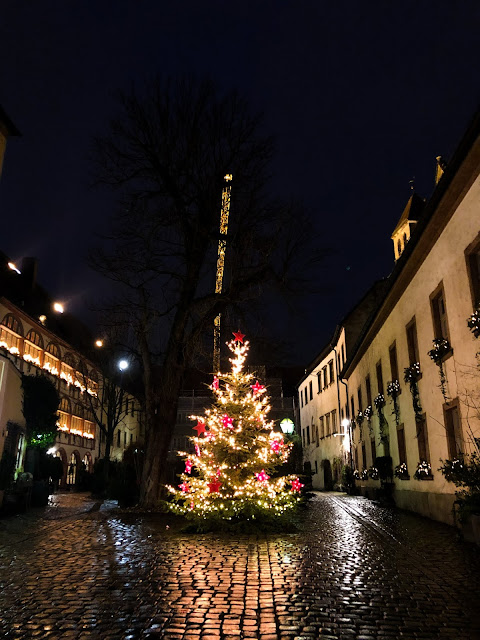 Today it's a very beautiful German city, with a lot of history for the past 2000 years!
Posted by Living By Lysa at 9:13 PM