For some people, springtime is their "go to" for getting spring cleaning done at home.

But for me, it often tends to be January when that happens. And today was one of those days.

But this time I decided to try some less harsh methods for getting a few jobs done since I'm sensitive to chemicals, especially for this sort of a grimy job. 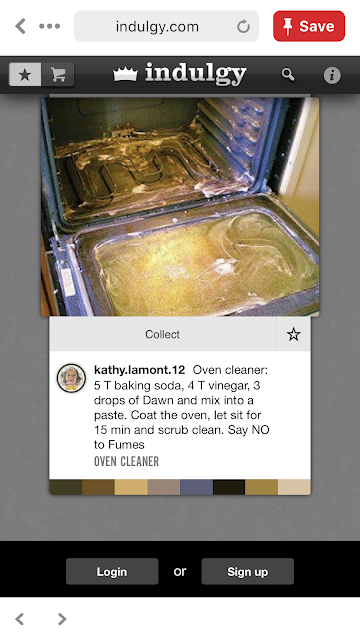 Ever tried that "recipe" for cleaning your oven? I happened to have some Dawn dishwashing soap thanks to friends who brought it for me a few years ago.

Believe it or not, the combination of those things actually worked! I had to give it a good scrub with a non-scratch scrub sponge. But that did the trick and it looks a whoooooole lot better now!

I tried another natural recipe for cleaning grout, and while it worked somewhat, it's not a "win" so I won't post that.

But I'm happy to have a clean oven, and the benefit of no fumes during or after its cleaning!

If you're local to me, and need a few drops of Dawn soap to try this, ask me and I'll bring you some!
Posted by Living By Lysa at 11:02 PM