After picking up my new/used car in Germany yesterday, we decided to take "less traveled" roads home to Czech, rather than the highway. 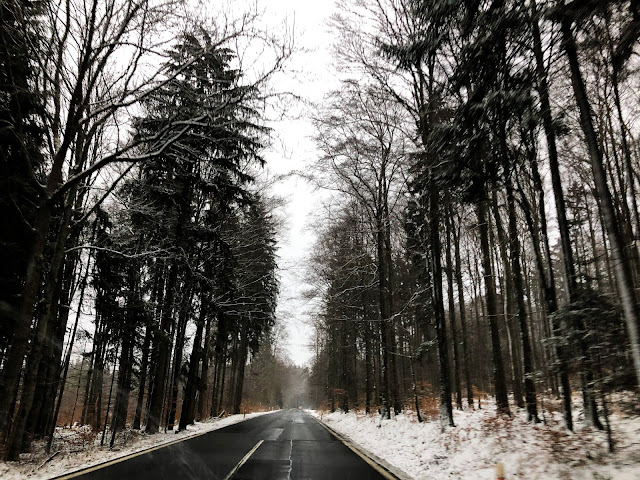 It's been years since I've driven backroads across the country. Driving through small town after small town reminded me of years ago when we'd drive back from visiting family in Germany on similar kinds of roads. 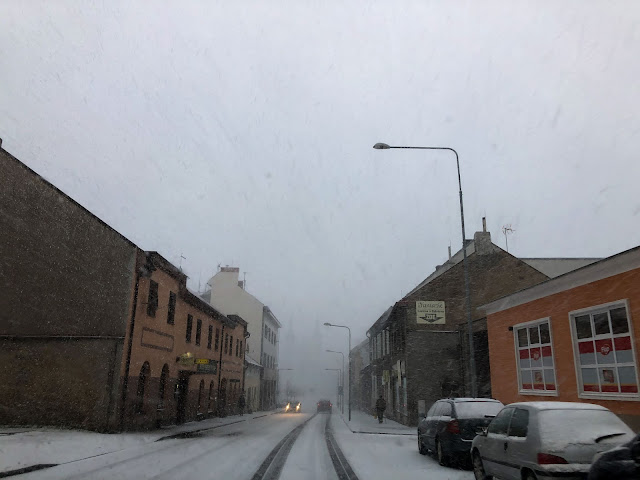 I drove my new, to me, car for a few hours. But when the snow turned into more of a blizzard, I happily let Dave take over the driving. 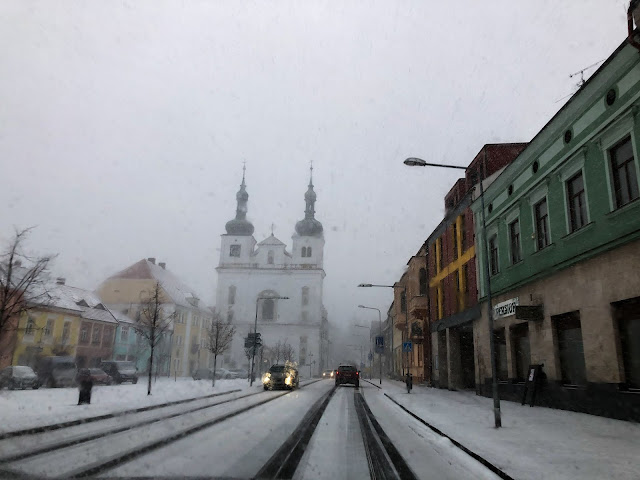 Eventually the storm settled down as the sun began to set, and I loved watching the beautiful sights out of the window. 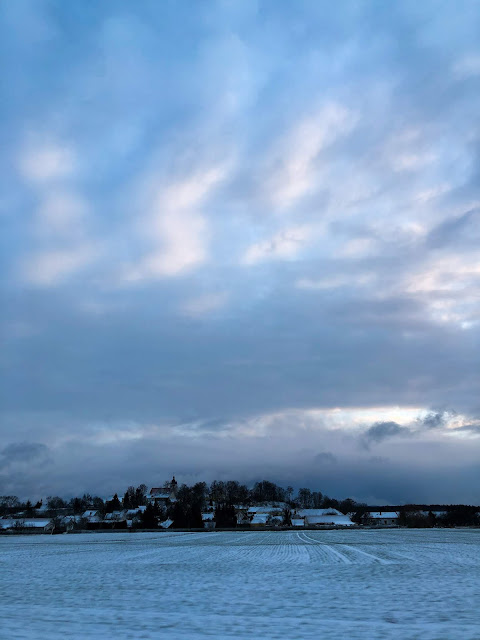 On this second day of the new year, it was nice to have time to slowly make our way back home, enjoying the scenery. My grandma would be so proud of me for still loving scenery as she did! 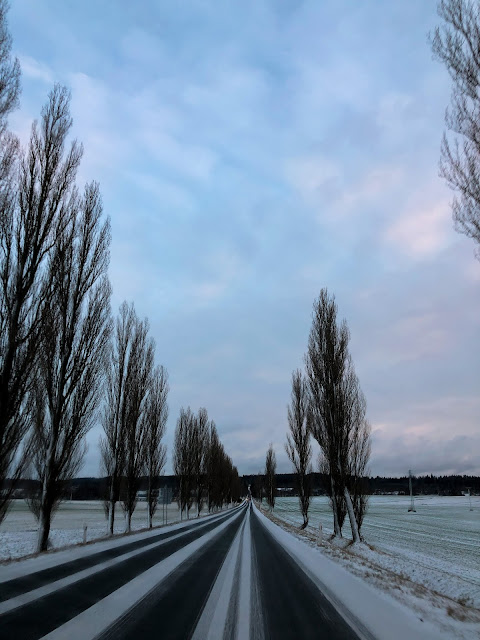 At dusk, we stopped in Tábor because neither of us have ever visited it this city founded in 1420! 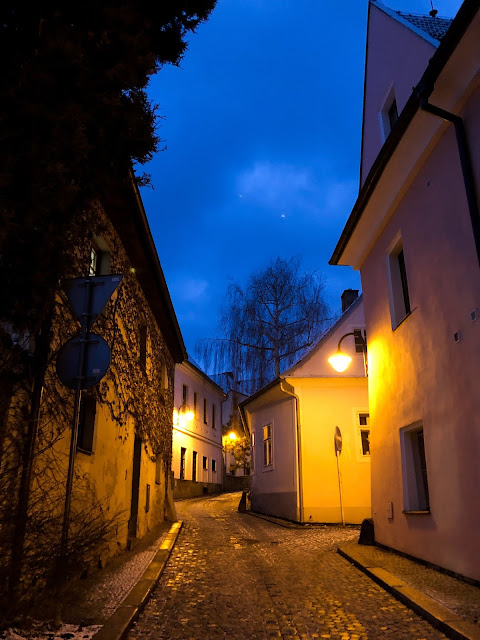 With the old part of town situated on a hill, we climbed up through the quaint streets, enjoying the magical light as evening began to settle. 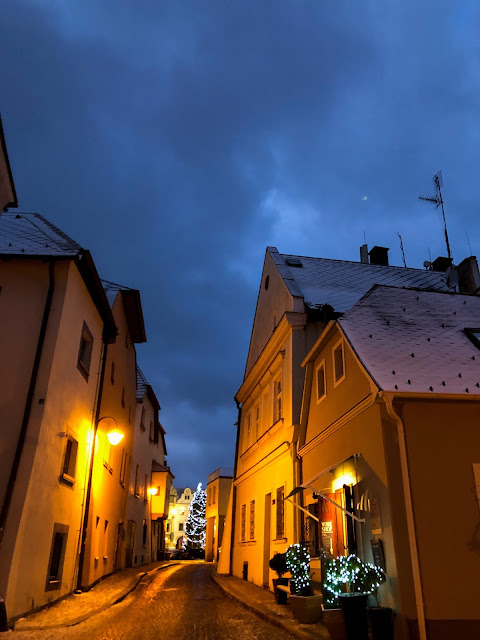 In the center is a church built in 1516 in the style of the Bohemian Renaissance. We didn't go in, but enjoyed walking through the streets, saying to ourselves that we need to come back in warmer weather! 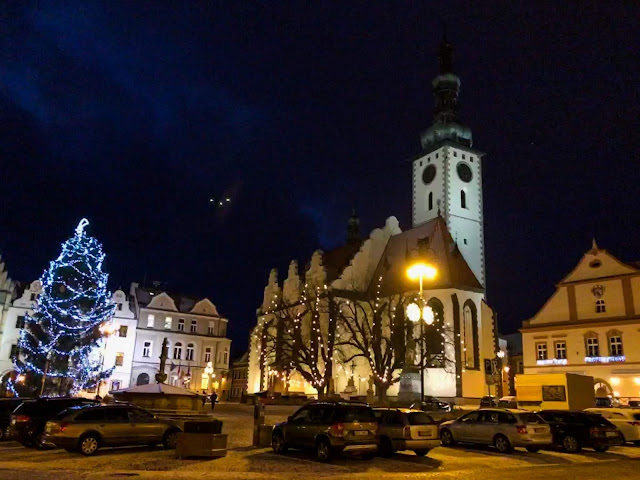 Dave would especially like to come back to see the Hussite museum which takes you through the origins of the Hussite movement from the 14th century up through the 20th. At just 100 Kc (less than $5) a ticket to see both the underground tunnels and the exposition on the Hussites, it would be Dave's favorite kind of day! 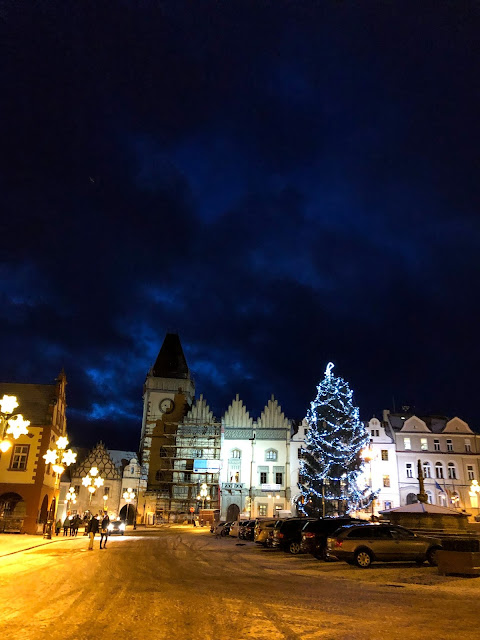 So Tábor, we'll be back to visit you another time! 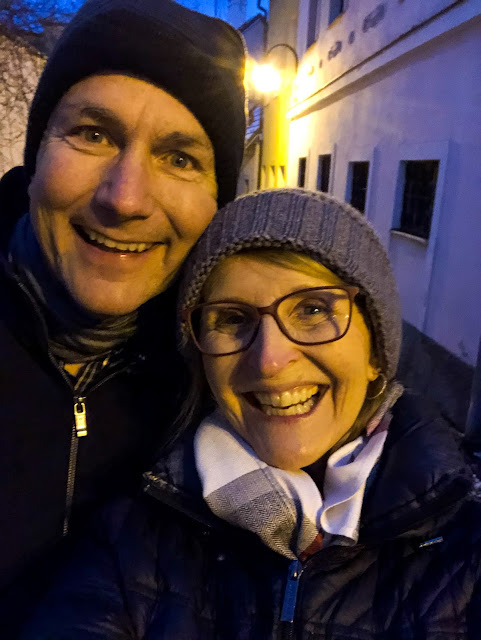