Before I ever met Lara, our daughter-in-law, we wrote back and forth to get to know each other when she and Tyler were students at Moody Bible Institute.

I remember the surprise it was to find out that her birthday was on the very same day as our wedding anniversary!

Because we didn't live near them for their first six years of marriage, we didn't ever get to celebrate her on the day of her birthday. And in the past two years since they've lived in Czech, we've always been gone on her birthday/our anniversary.

So today is the first time we've all been together on this day. And what a beautiful day it was! 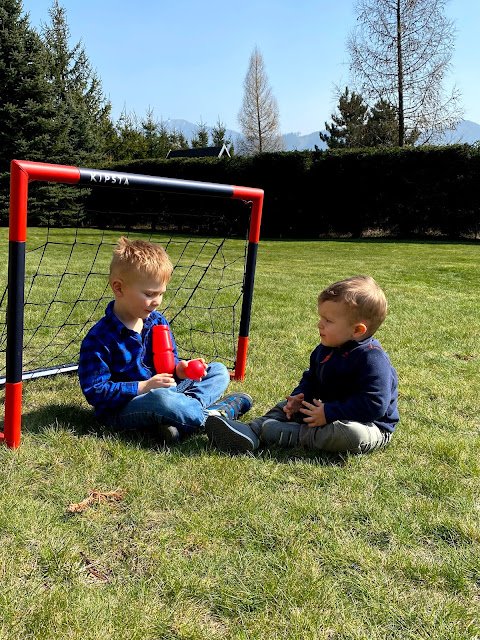 The sun was out and it was warm enough to be outside without coats! 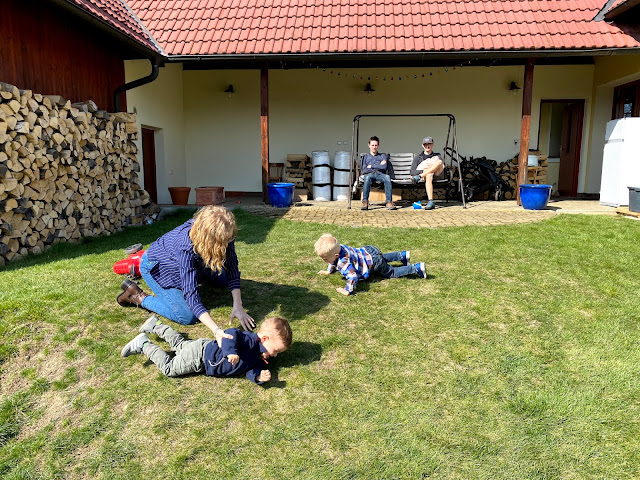 And enjoyed being outside most of the afternoon soaking in the warmth of sun and conversation. 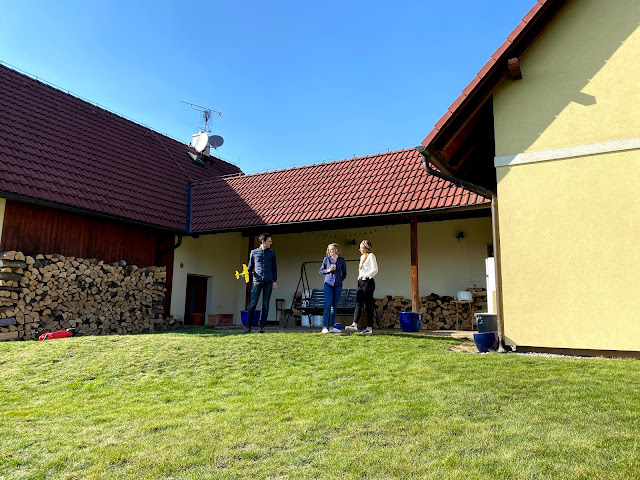 Dave was taking advantage of the weather to do some outside projects, with happy spectators! 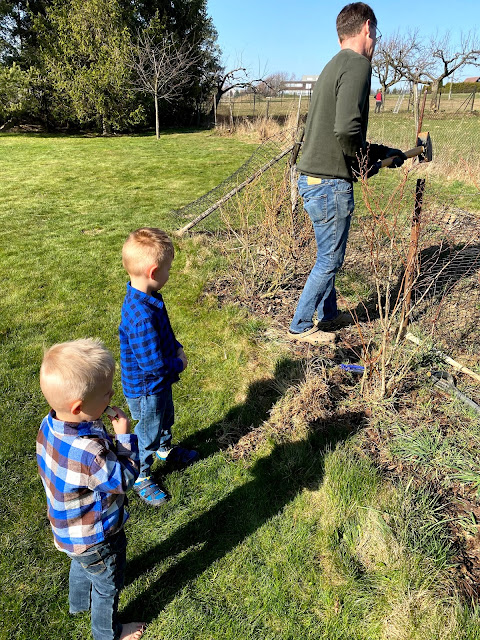 Caleb, Haley, Charlie and Jenna took advantage of the beautiful day by taking a walk (complete with required masks!). 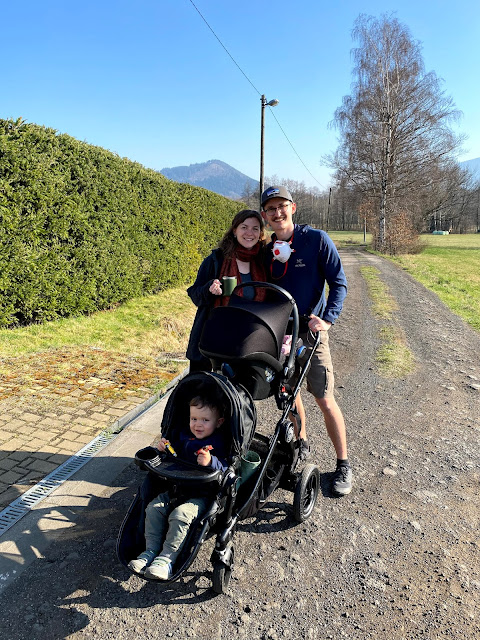 And Jenna did what Jenna does...look lovely as she sleeps! 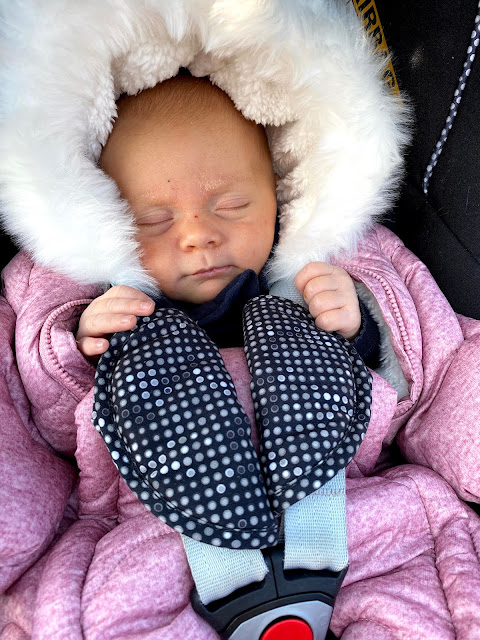 I happened to come around the side of the house just as this was happening. 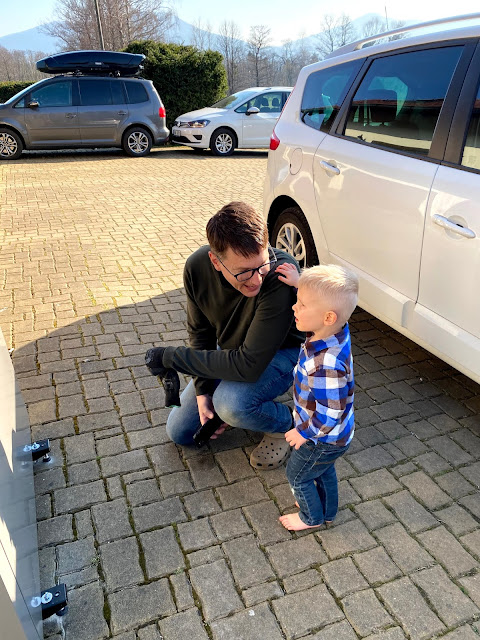 Asher, happily barefoot all day, asking Papa a question, as he often does, about what something is or how it works!

Soon after, Dave and I went out for an anniversary "date". 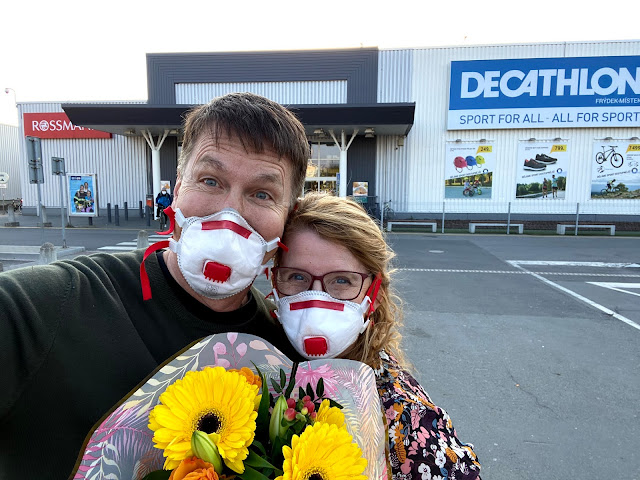 I don't know what it doesn't say "Tesco" on the building, but that's where we were, at just about the only store open these days! Dave bought me anniversary flowers, and we picked up some styrofoam planes to bring back for the boys! 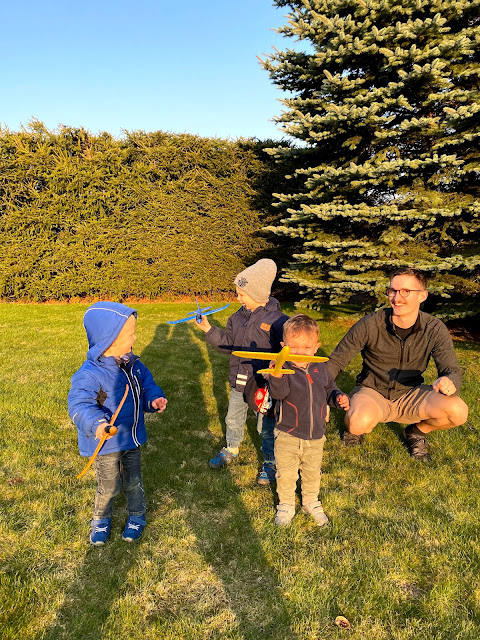 As the sun went down, it became cooler outside, but the boys played with their planes until their little fingers were like ice cubes! So glad I remembered to get a picture with them. 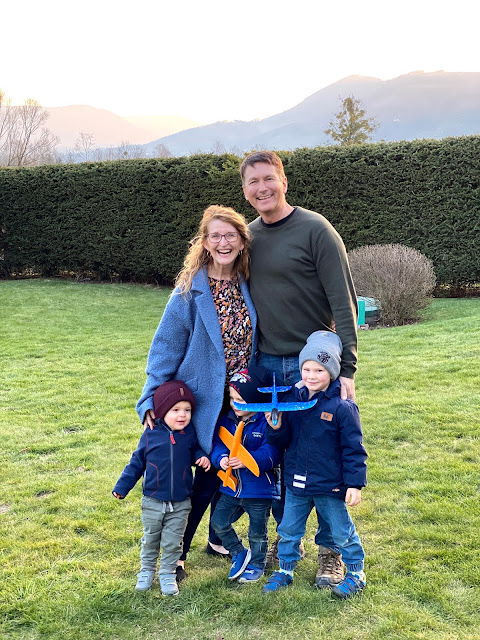 Inside, Tyler was hard at work cooking Lara's birthday dinner, after Claire had just finished her birthday dessert! 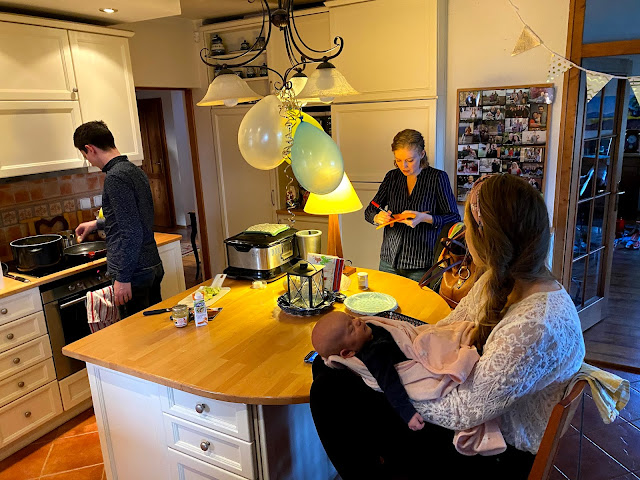 He made Tom Kha Gai soup, (Thai coconut chicken) that was out of this world!! I don't know the exact recipe he used, but I found this one and it looks pretty close. If you're looking to spice up (literally) your cooking, I highly recommend trying out this soup! 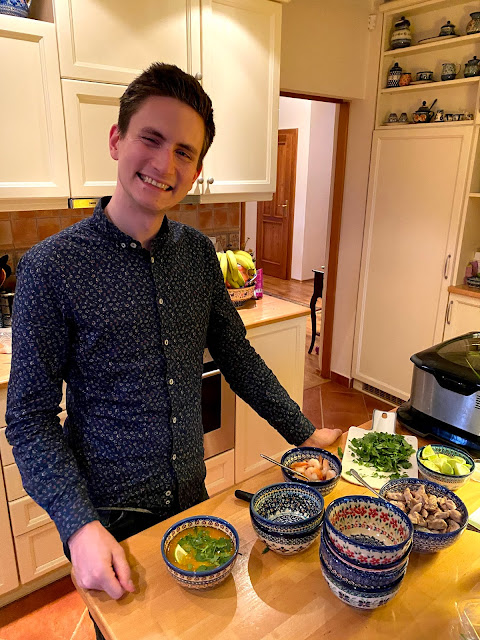 After dinner we celebrated Lara with gifts, dessert and words to bless her. 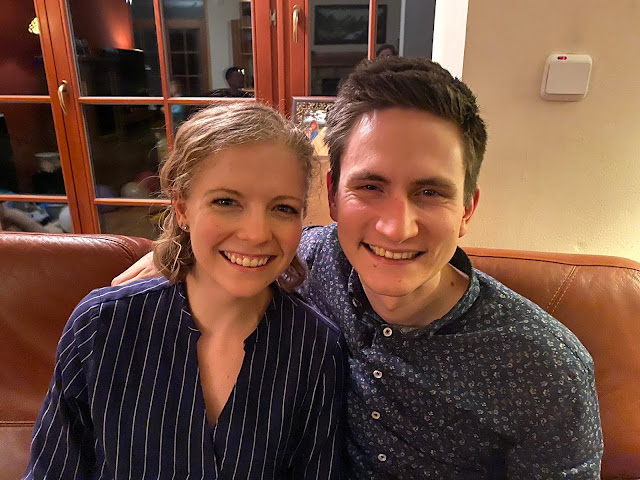 The boys, already in their pajamas, enjoyed helping their mom blow out her birthday candles! 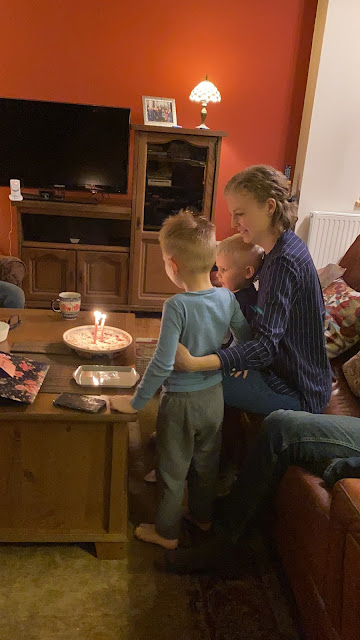 And after they were all in bed, it was time for a birthday game night! 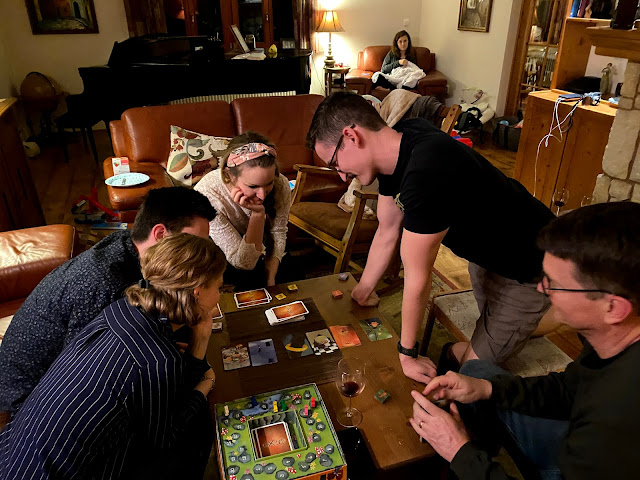 Need a great new family game for these days of quarantine? You have to try Dixit!! This beautifully illustrated game brings out stories and imagination, and oh so much laughter! We had the best evening playing it together, to finish out this birthday/anniversary day!
Posted by Living By Lysa at 11:30 PM