If circumstances were different, Dave and I would have been in the car today, headed to Žilina, Slovakia for KPM, the youth leader training event that takes place there every year for 600+ youth workers.

Instead, Dave and I are in his office today. 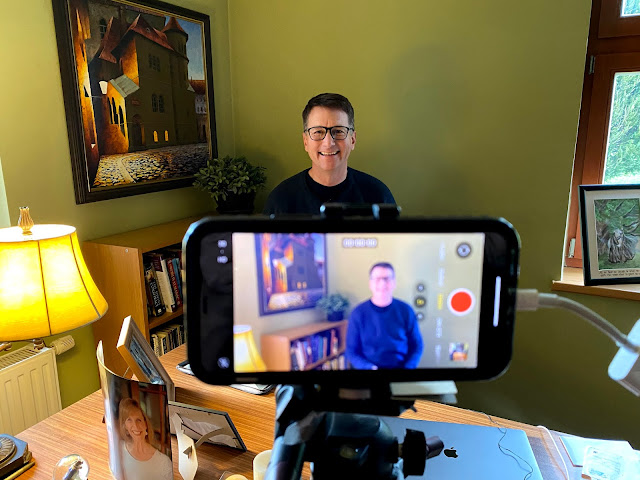 When the KPM team realized that there would be no training event this year due to COVID-19, they went before the Lord and asked what they should do instead. He gave them a creative idea to host the event online, in a completely different format than has ever been done in the history of the event.

They called Dave and asked if he would be willing to record two talks at home, that would be broadcast in a live event on YouTube, along with worship and other segments. He agreed, and today in his office, it was just him and me, producing his first talk. 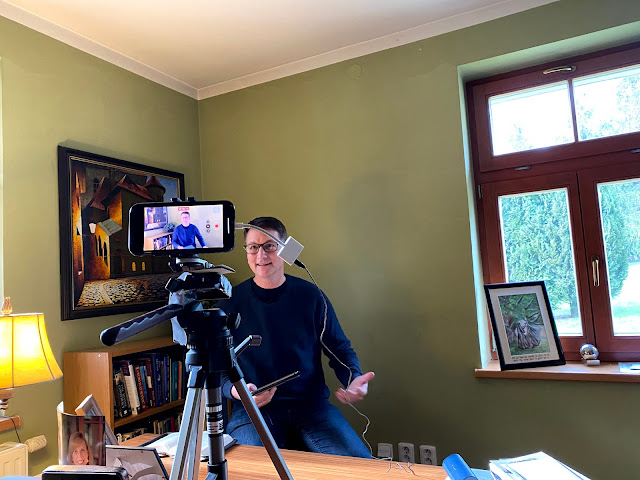 Dave didn't want to record the talks too far in advance, as he knows himself well. "It's better when the baguette is hot!" he says, quoting a French friend of ours. So he'll record this one today, and the next one tomorrow.

Because of the quarantine, none of our C-team staff could come to film him. We just used a tripod from our house, some duct tape, and his iPhone!

It's rare that I would ever get a picture of Dave praying, but I loved this moment just before I pushed the red button to begin recording. 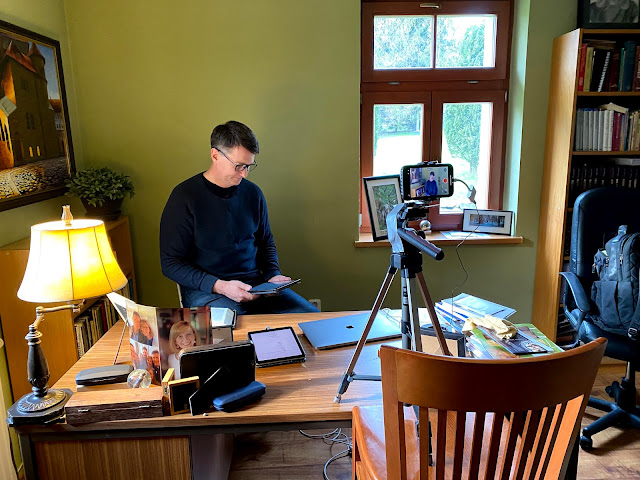 The event will start tomorrow evening with an hour program online called "KPM Doma" - which means KPM at home.

We all are praying that this turn of events will actually produce more fruit for God's Kingdom, and that this encouragement for youth workers across Slovakia will give them courage and strength to be good shepherds of their flocks during this crisis.
Posted by Living By Lysa at 9:10 PM