It started on the drive home late this afternoon. 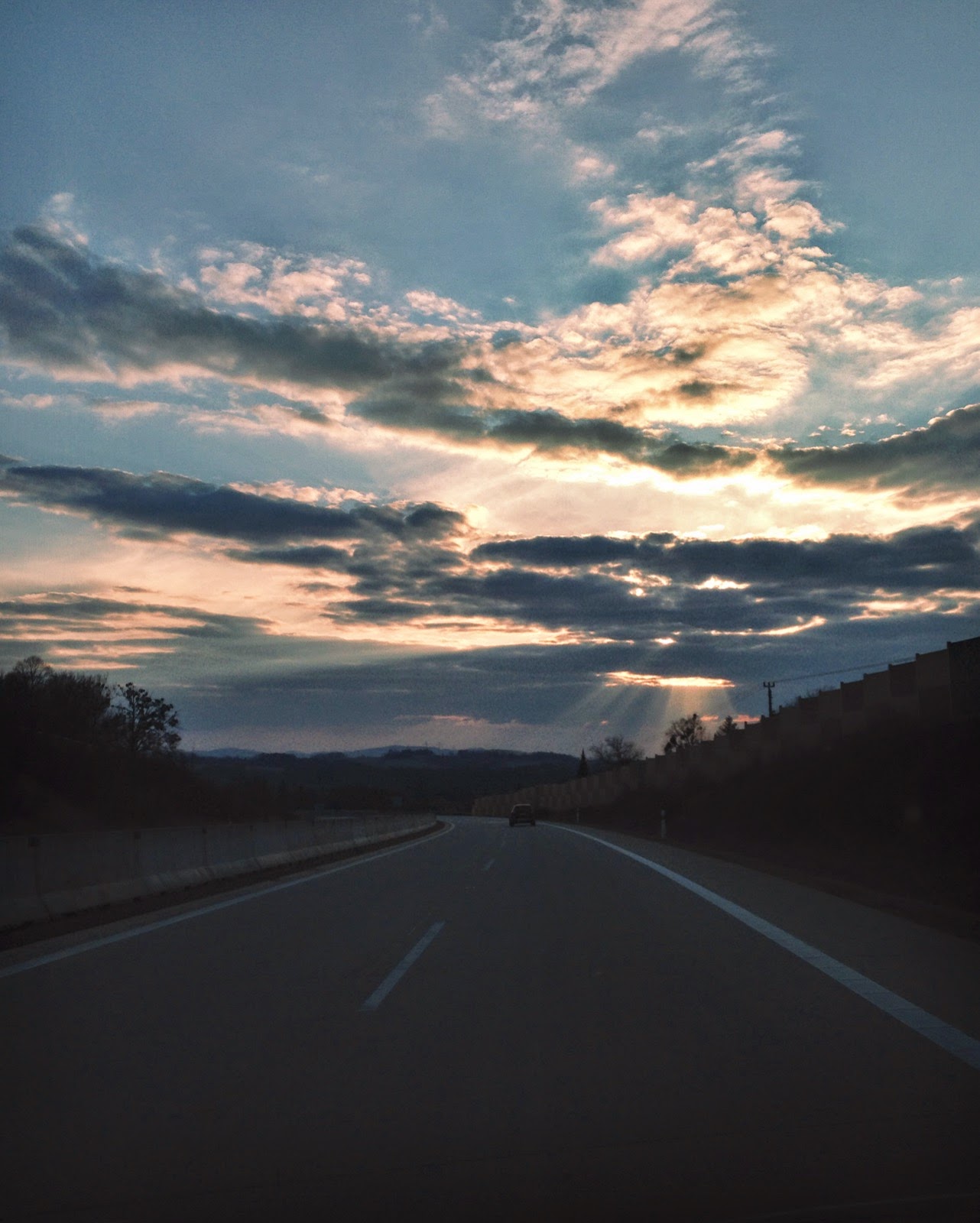 The sun had been in and out all afternoon, trying to poke its head through the swirling clouds. But as it began to set, you could tell it was going to one of "those" kinds of sunsets.

With barely a thought, I switched directions, taking the long way home.

Choosing the two lane road instead of the highway, I hoped I'd make it in time to see the sunset from a special vantage point. It was shaping up to be some spectacular evening colors. 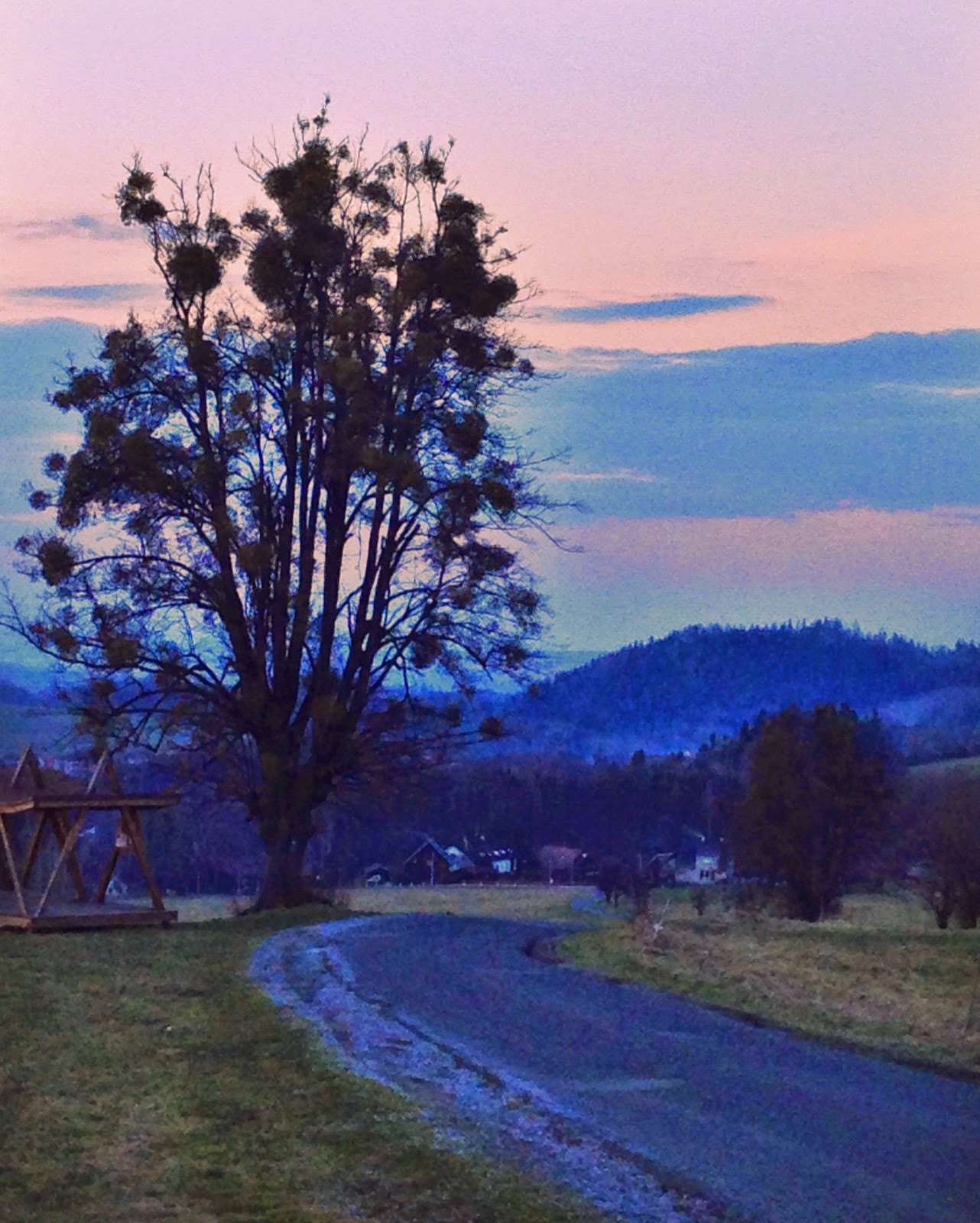 I was not disappointed! Well, except for the fact that I only had my phone rather than camera. But at least I had that! 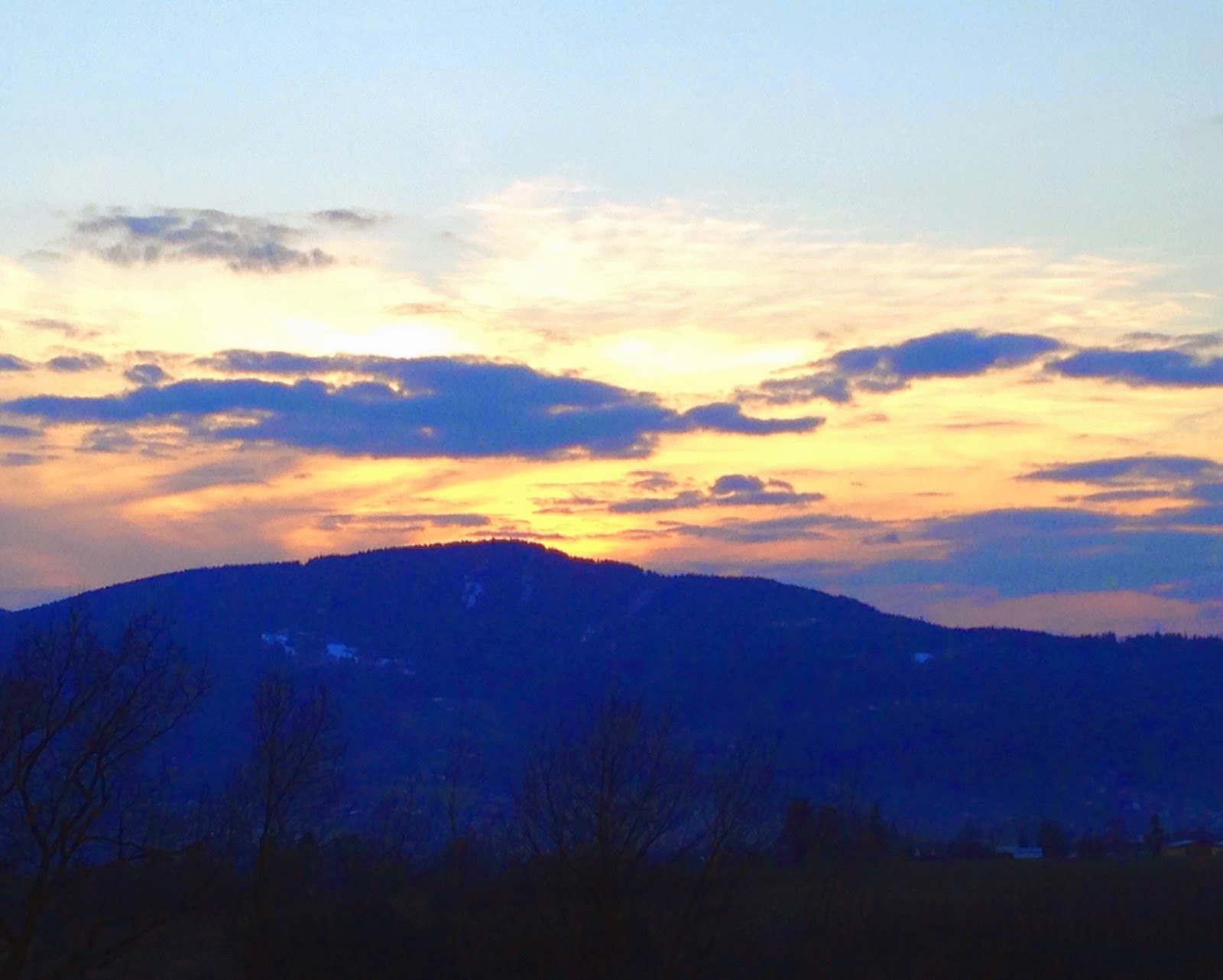 I stood in one place, completely amazed at what was unfolding in front me. Snapping photos as fast as I could, I tried to capture the beauty of the evening. 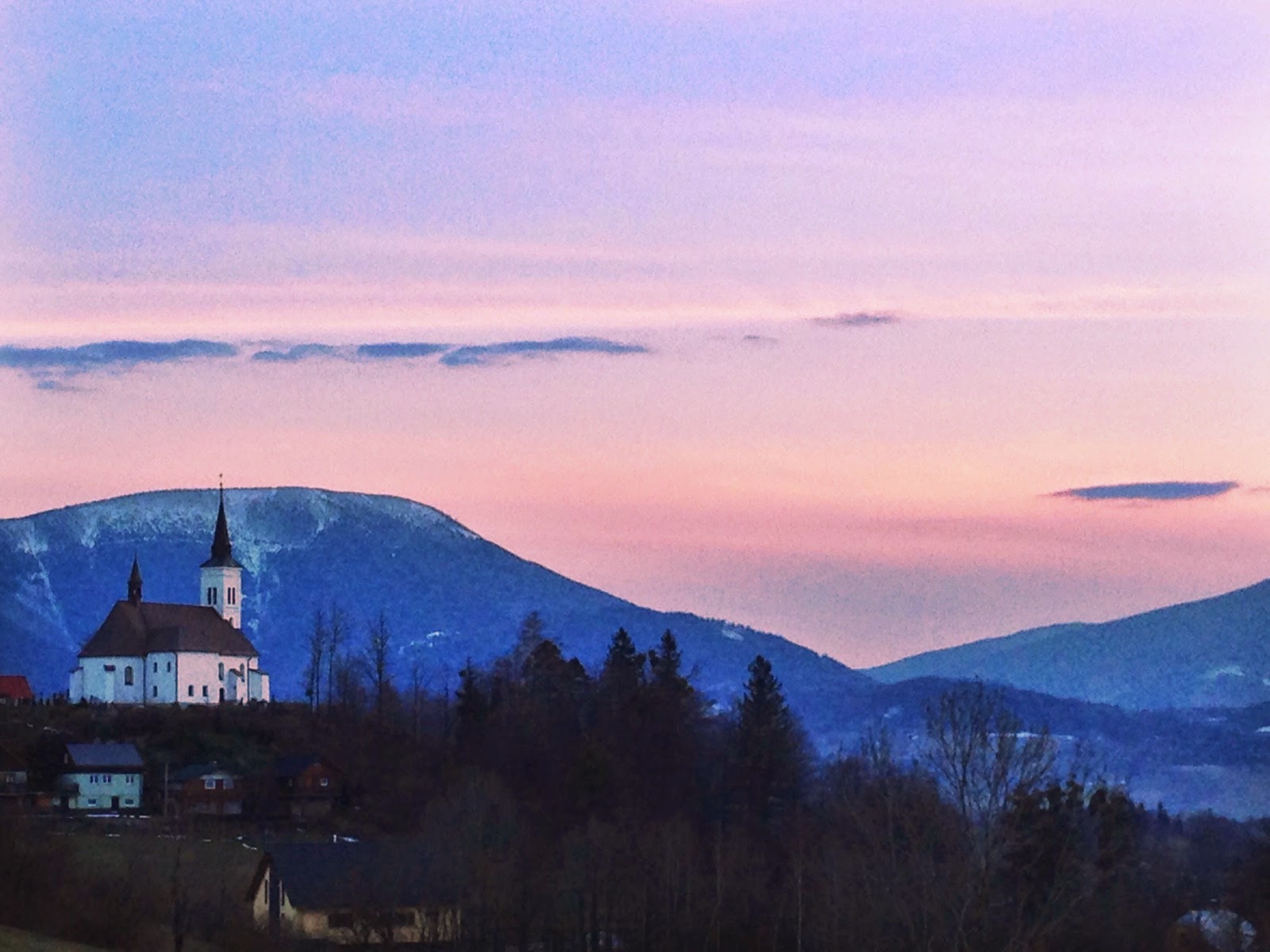 And then, within just a few minutes, it was almost gone.

I jumped in the car and drove over to the church in Malenovice in hopes of one last photo. 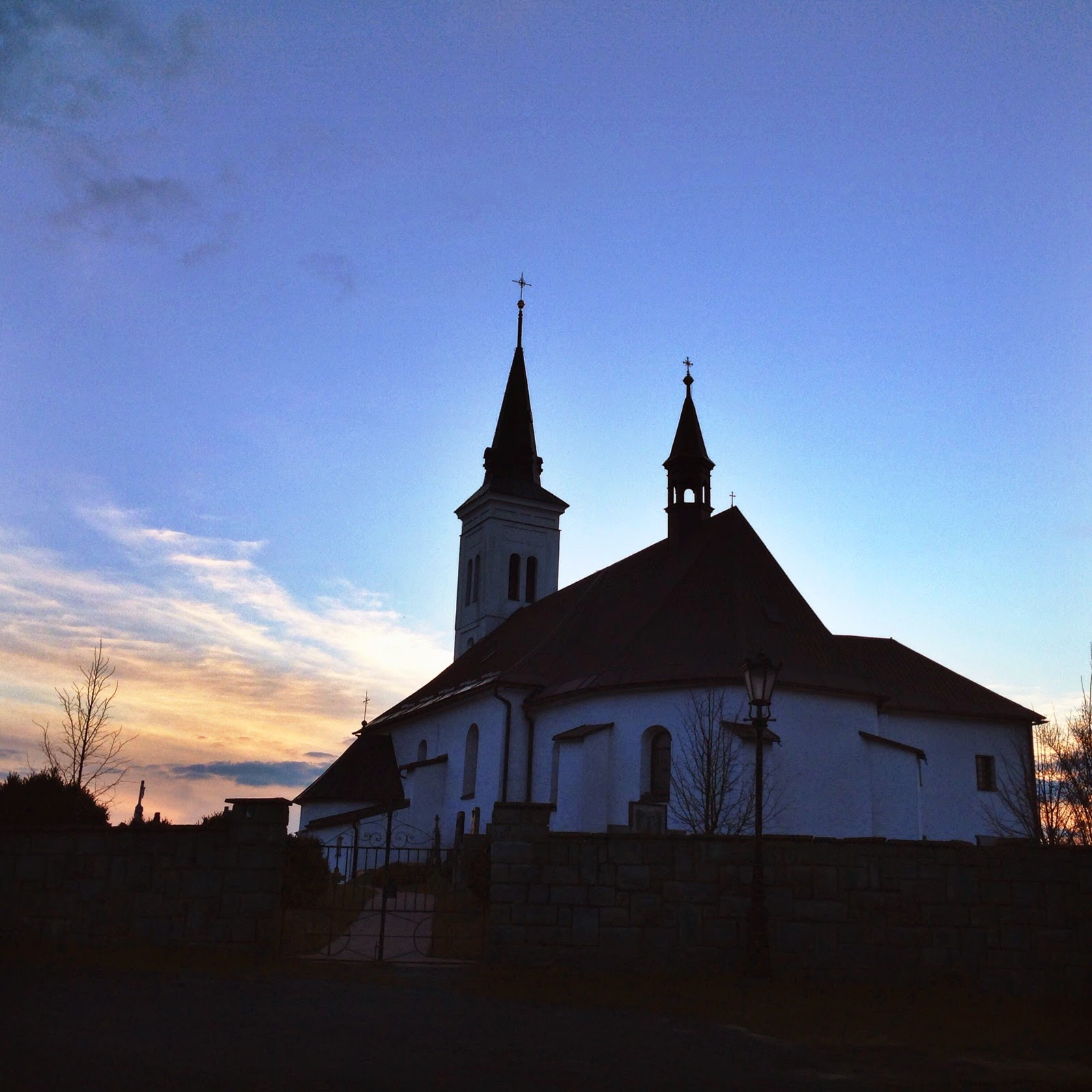 And there it was! Just what I wanted! And then, seriously within sixty seconds, the light was gone and it was over.

But it was sure spectacular while it lasted!!

And definitely worth taking the long way home.

I posted that last photo on Instagram with this quote: "Sometimes I just look up, smile and say, "I know that was you, God! Thanks." It was fun watching him show off!