With Dave in Norway for some meetings about church planting, I flew back into Prague alone after our week-end in Latvia.

The original plan was for me to take the train home from here and Dave would follow when he was done with the meetings.

But after those plans were made, some long-time friends from the States contacted us to say they were coming to Prague and could we meet them there on Tuesday night, which was perfect timing since Dave was to arrive then as well.

But it meant a day by myself in Prague before they all arrived. 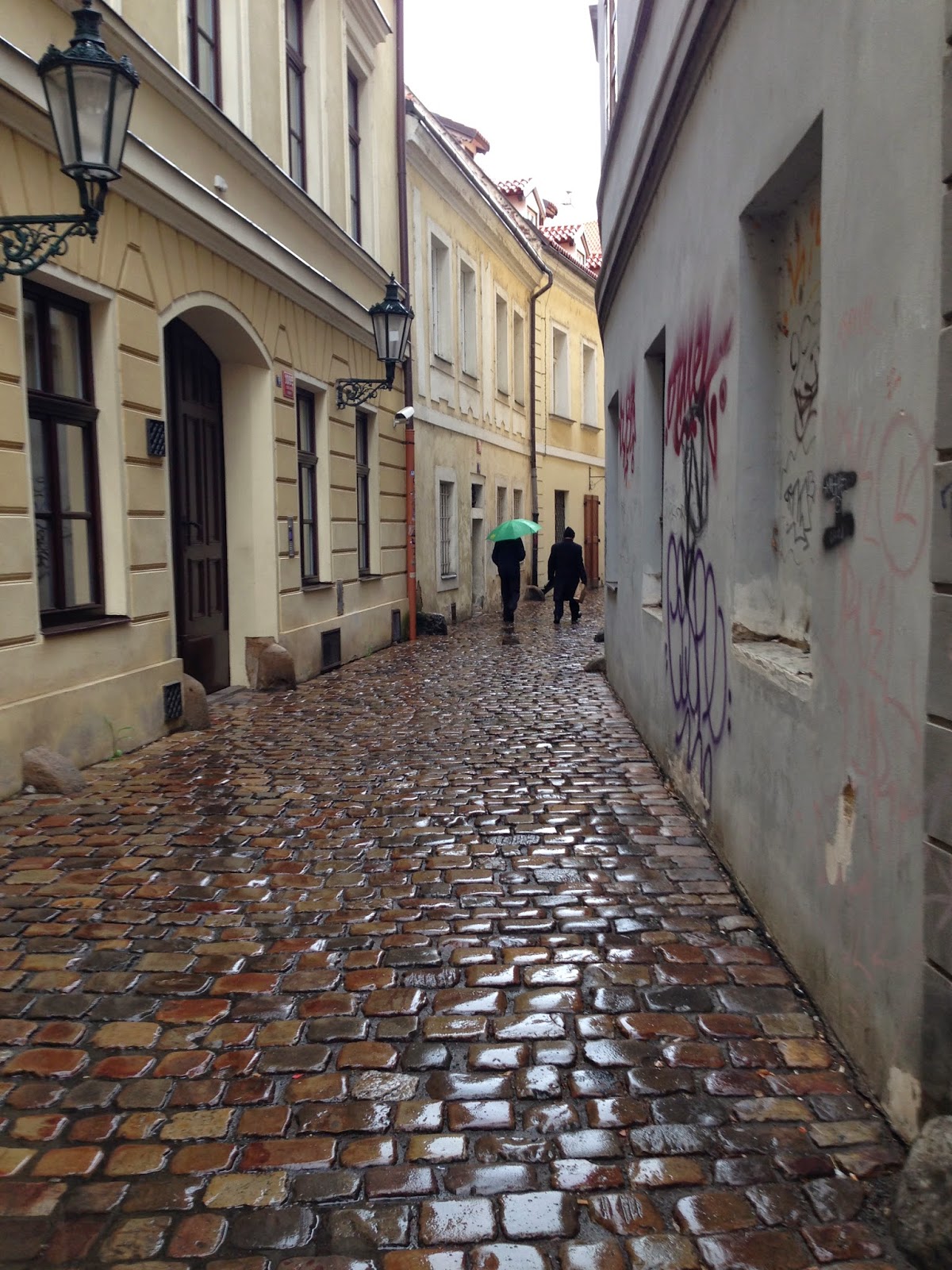 What a gift to me!

I can't remember ever having a day here by myself, with nothing to do but just wander and enjoy the city. 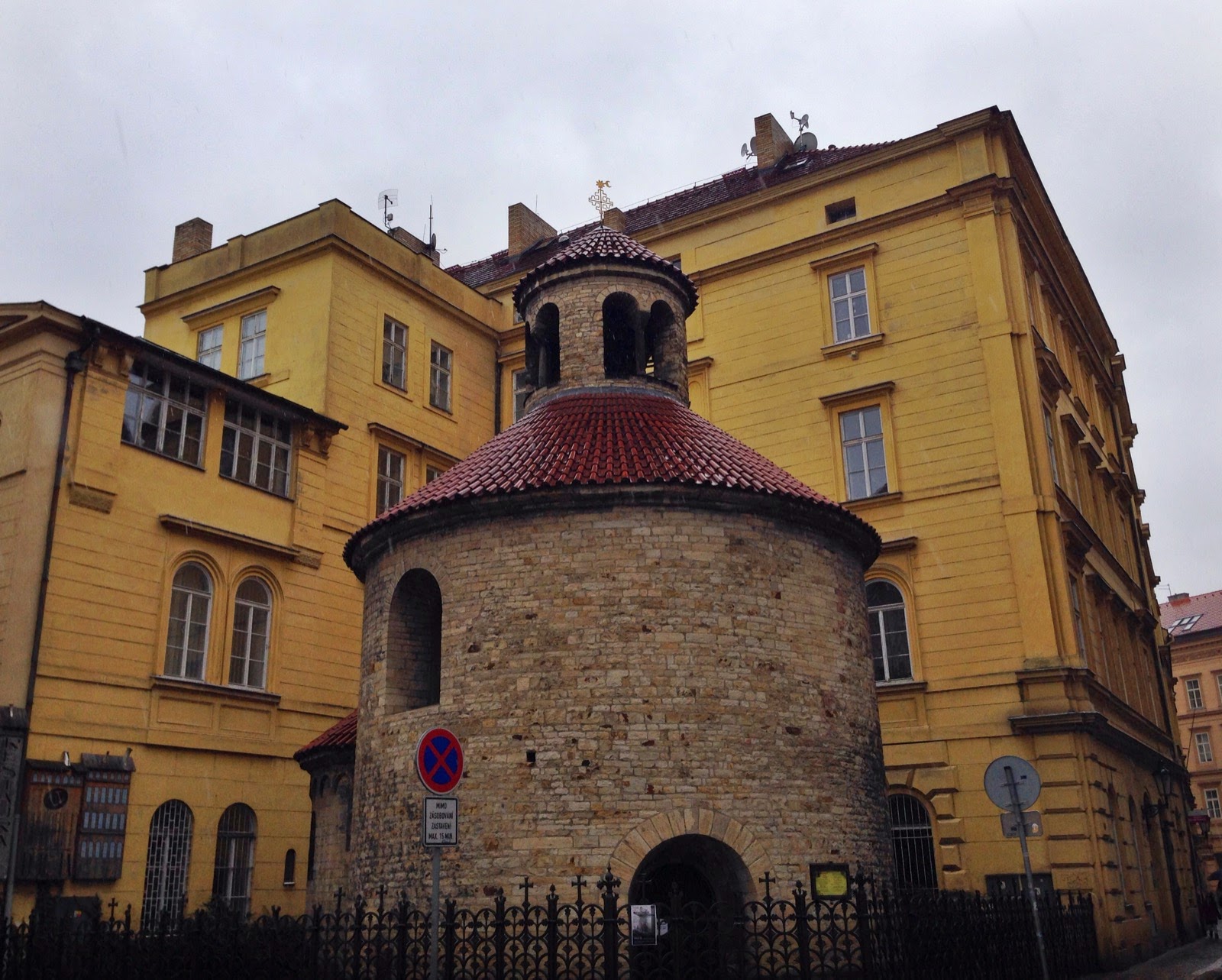 Sleeting when I first woke up, it at least turned to rain by the time I was ready to head out this morning (the forecast said it was going to snow, so I was thankful that didn't happen!).

A while back Tyler sent me an article about the coffee culture that's growing here in Prague so I decided to wander the city today, looking for a few of the coffee shops mentioned.

Forgetting to take a picture, mostly because it was so cold, windy and rainy, I hit the first coffee shop, Tricafe, for a take-out latte. It kept my hands warm for a few minutes anyway as I braved the rain under a newly purchased umbrella since it was seriously a downpour!

After wandering through sections of the city I haven't ever been to, I found my way to the second shop: Mama Coffee. 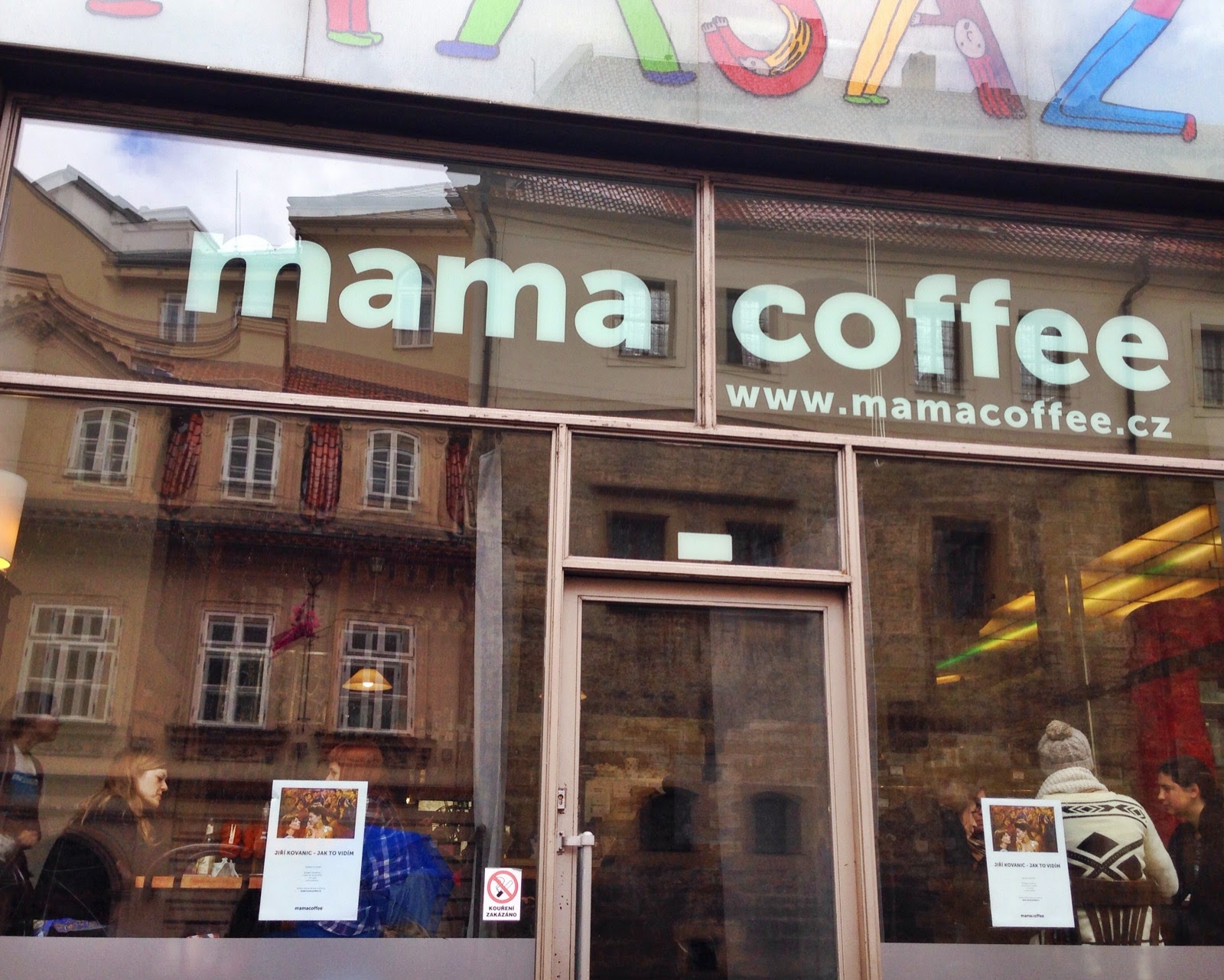 I felt a connection here for one funny little reason: my Instagram name. I go by 'mamapatty' so this coffee shop just seemed to resonate with me.

And now even more so for their really delicious coffee and jablečný závin (apple strudel). 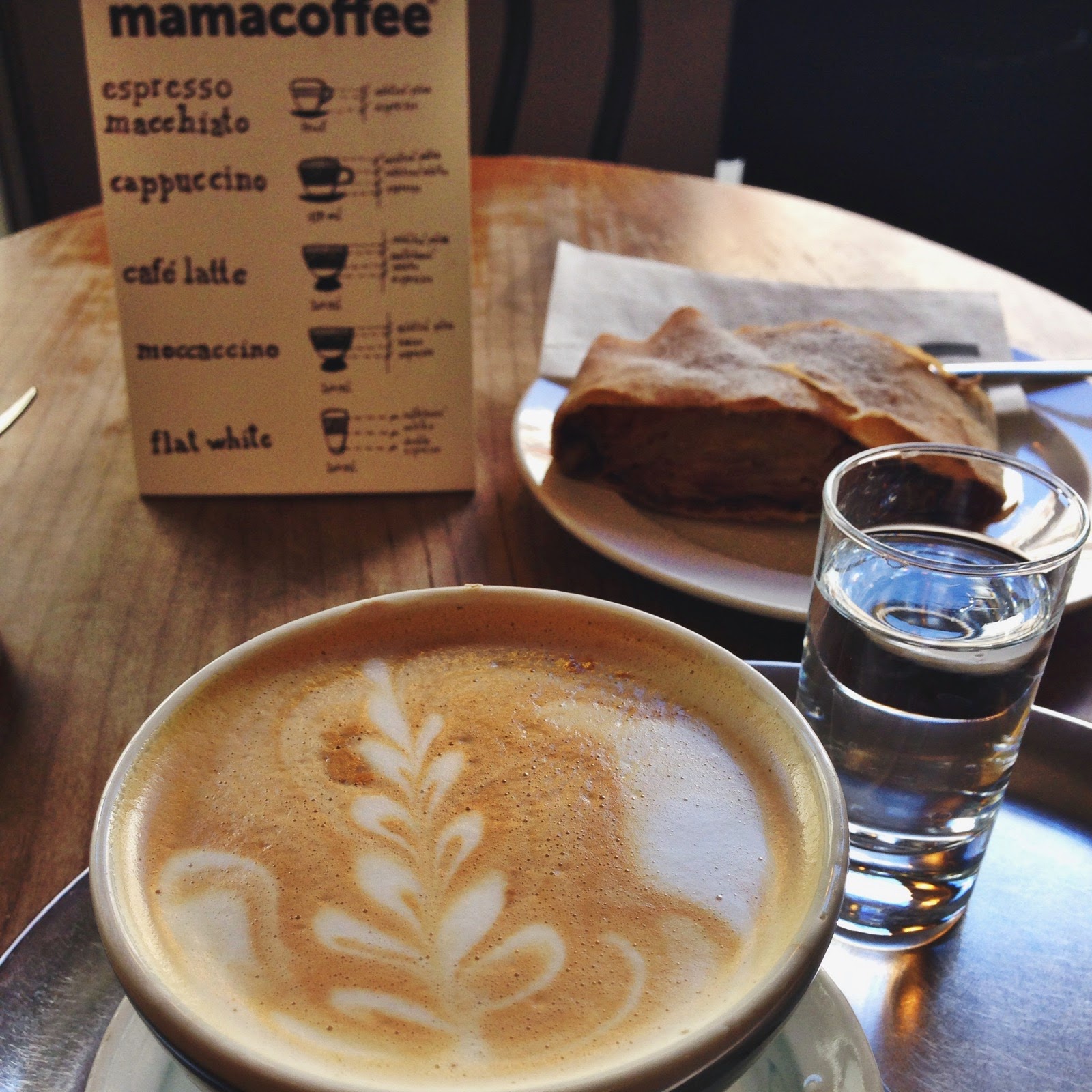 The skies were still cloudy and gray by mid-afternoon as I walked across the city, noting one pretty building after another. I never get tired of the beautiful details! 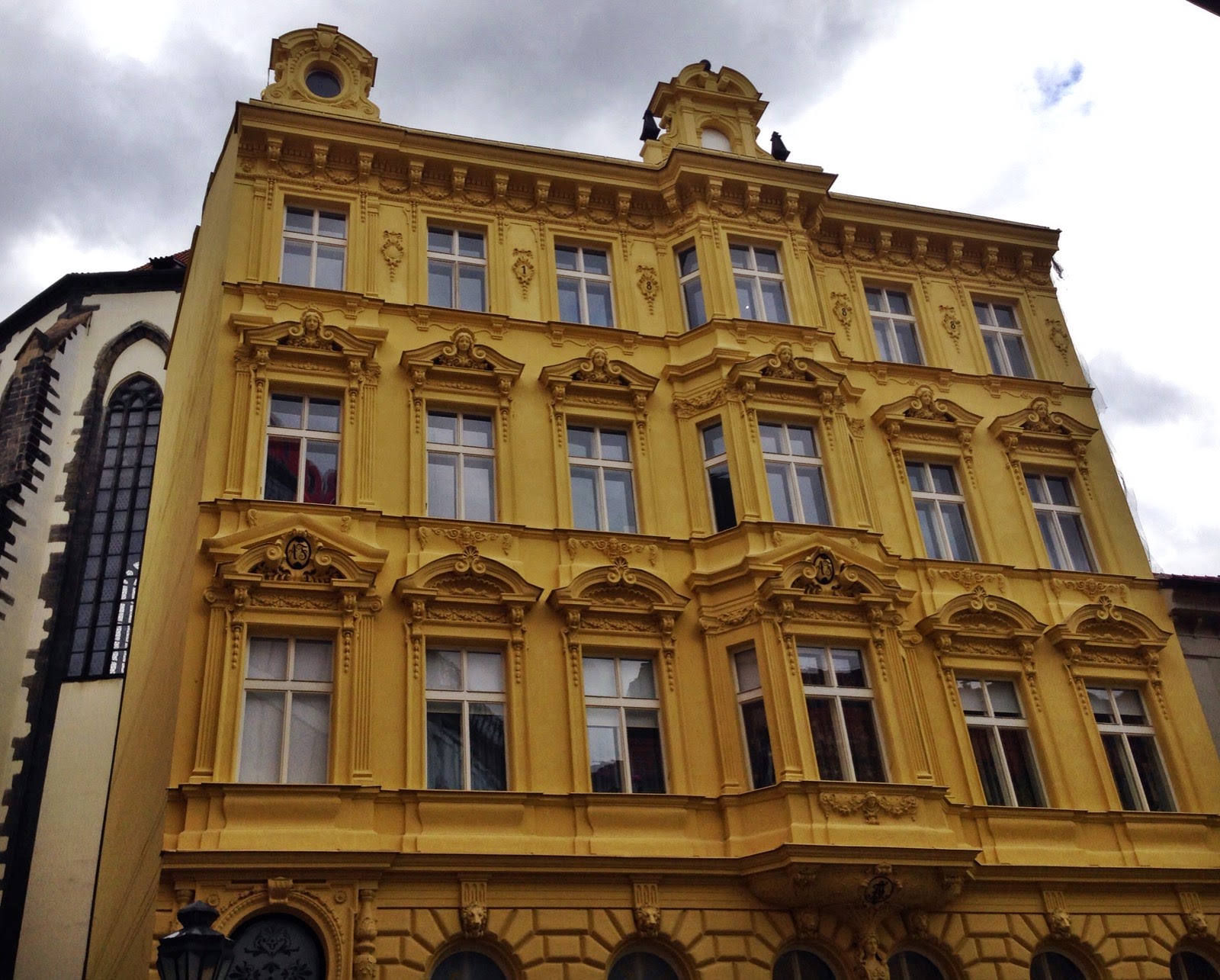 Old Town Square has the Easter market set up right now, so I wandered around there for a while. 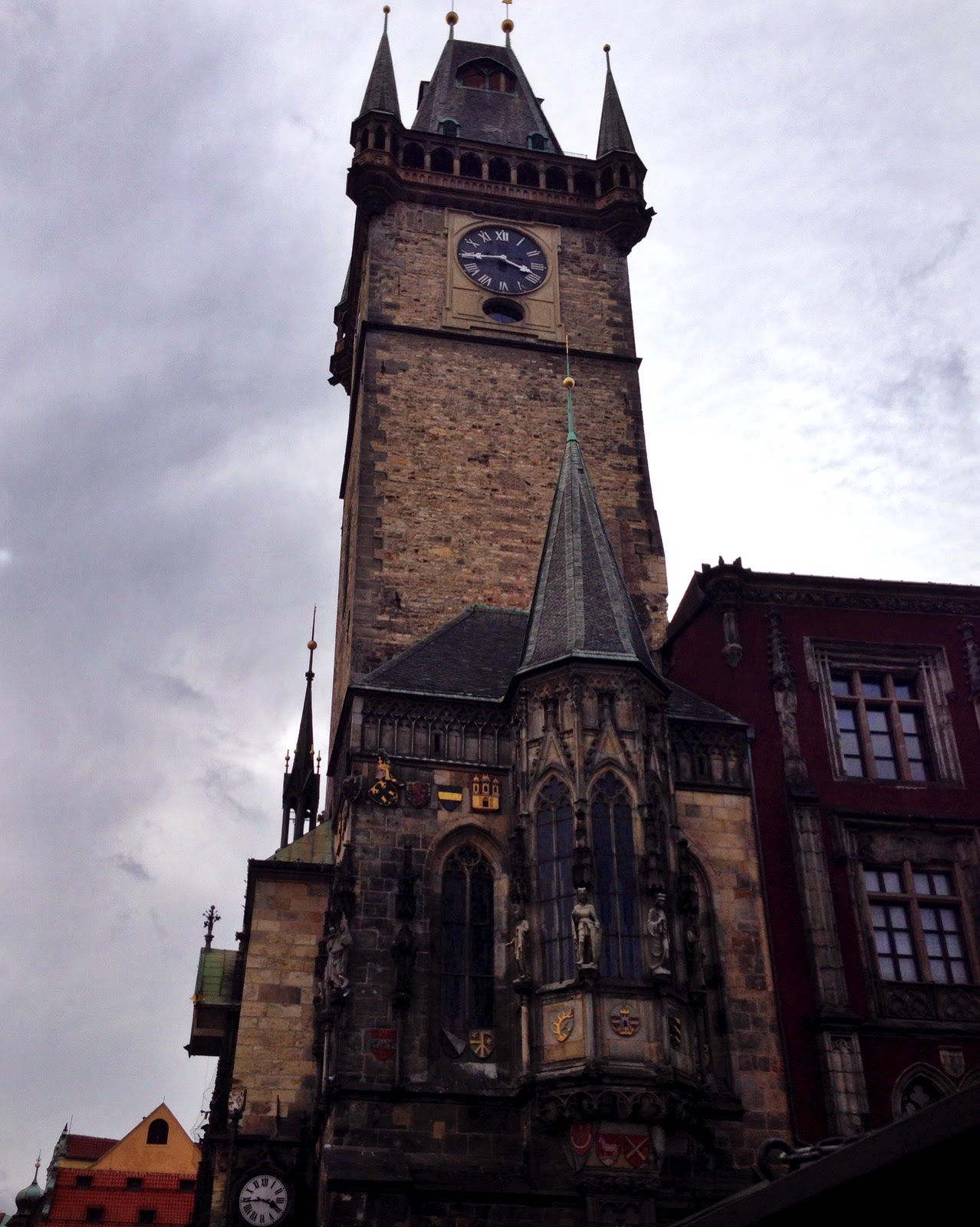 I might have had something to eat from these guys. 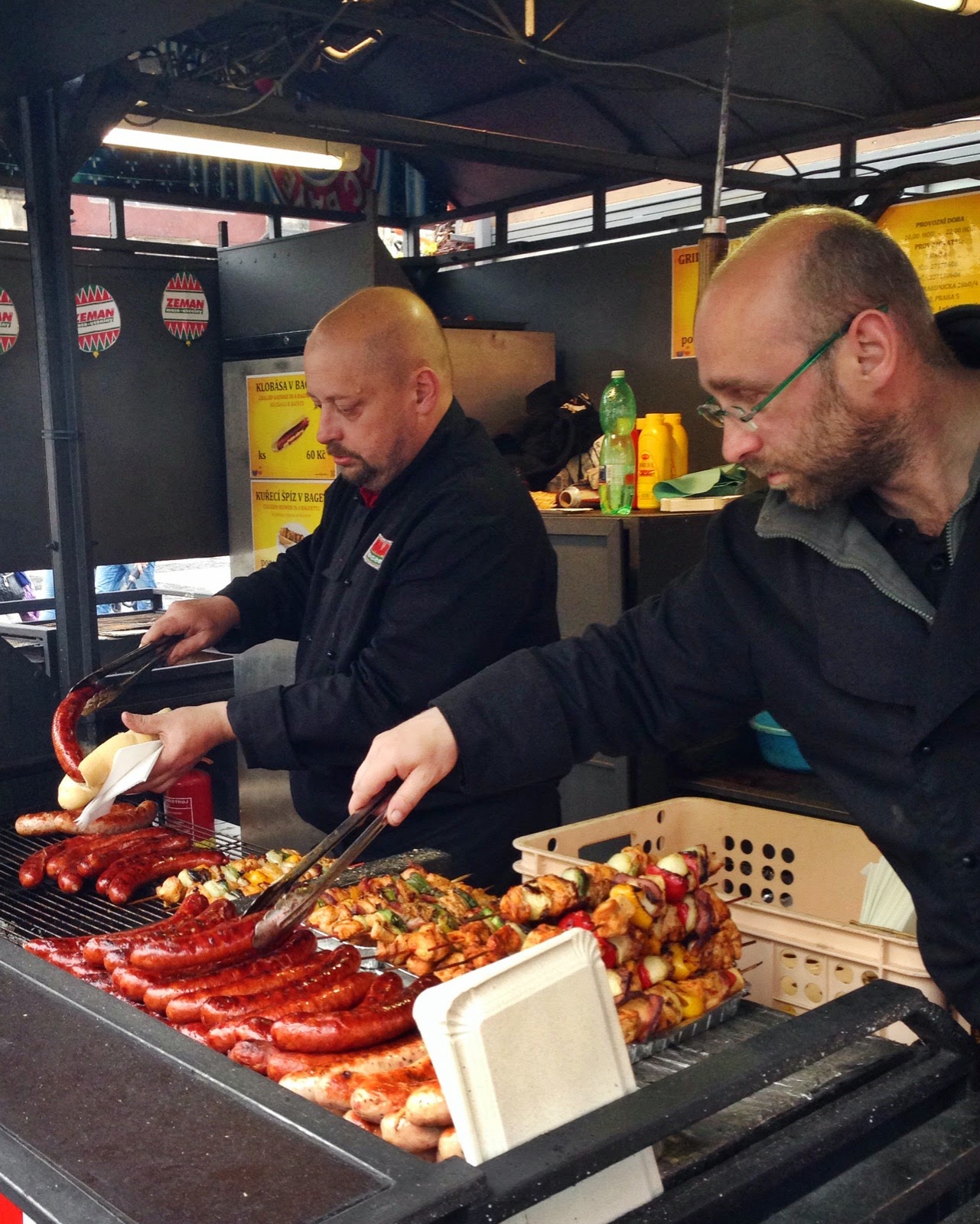 Then it was off to Vinohrady, yet another section of Prague, to find LaBoheme Cafe. I don't have a good picture of the inside that does it justice, but I will say this was my favorite place of the day! And I think my barista boys would approve of the coffee I had there. 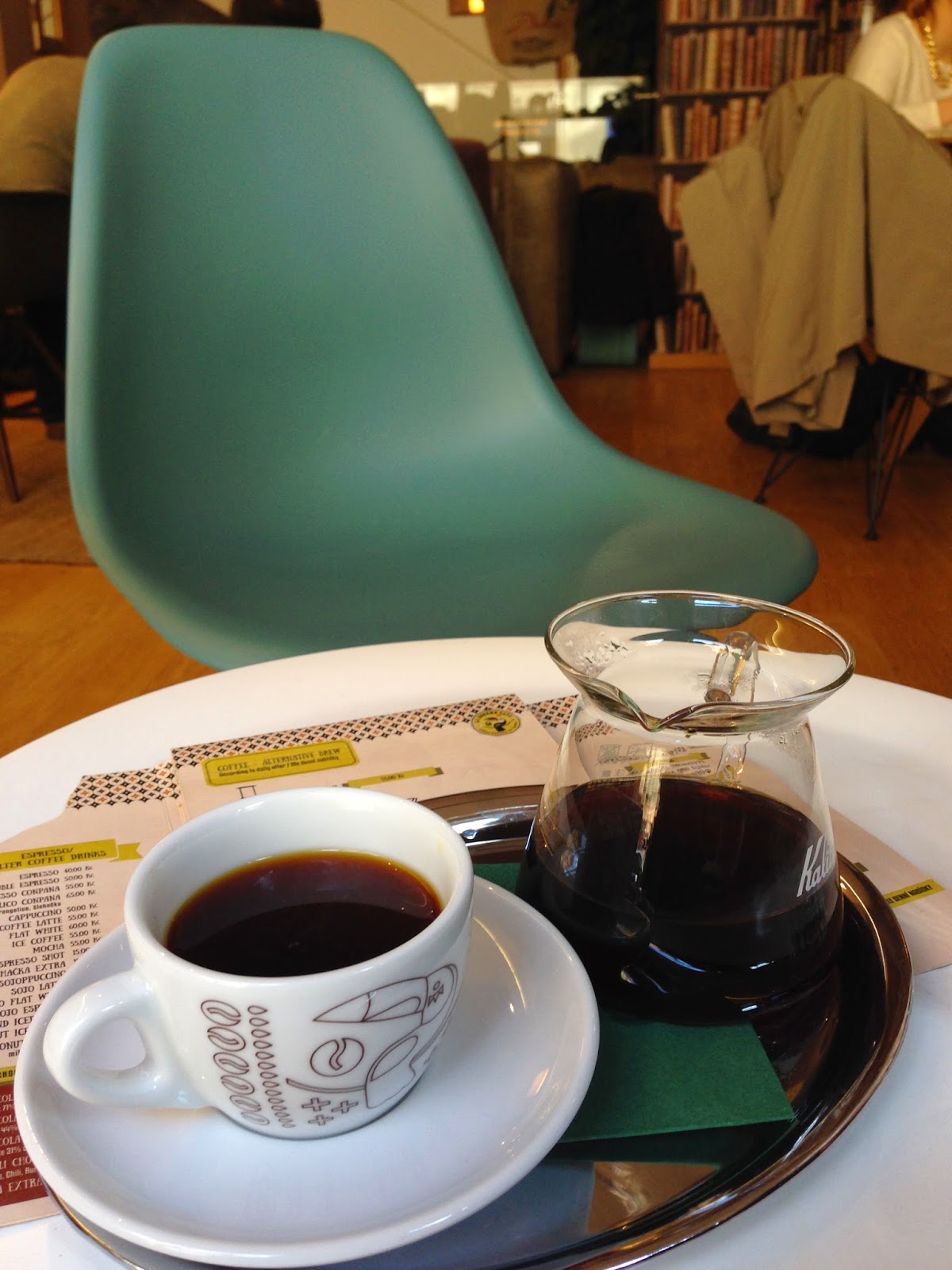 By the time I left, sunshine and blue sky had appeared outside! 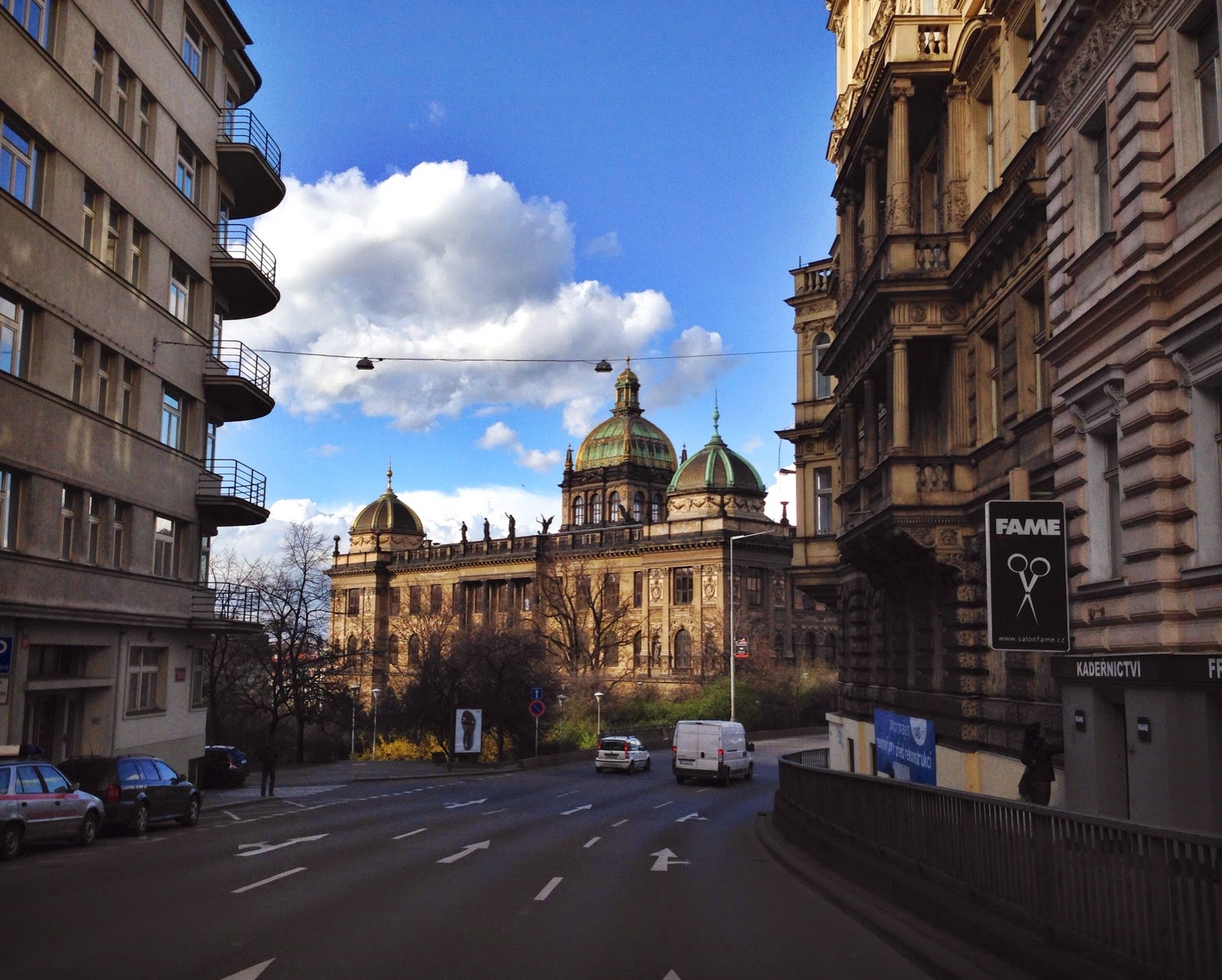 Walking down from Vinohrady, I passed by the national museum and enjoyed all the signs of spring along the way. 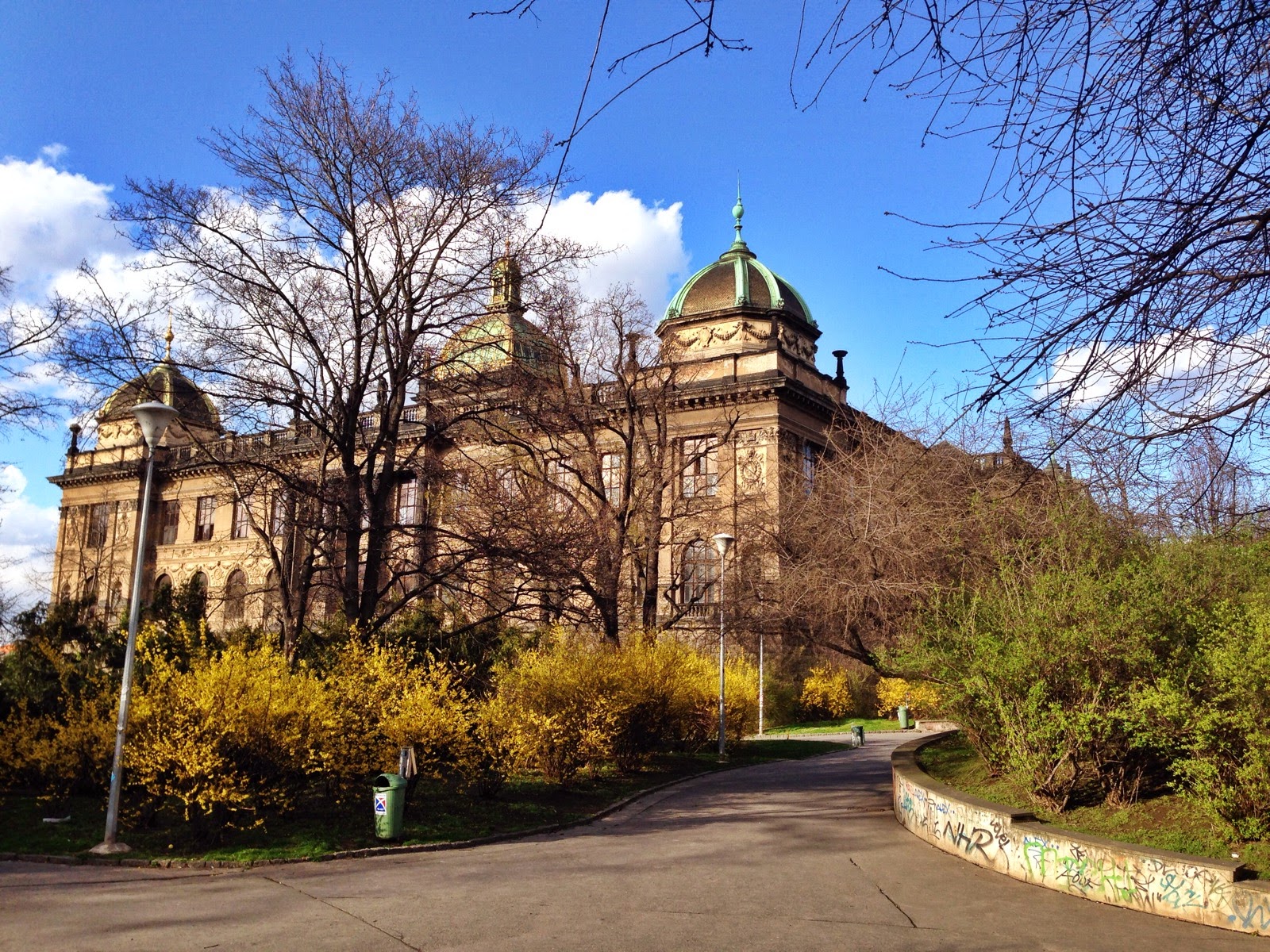 In the meantime, Dave was stuck in the Amsterdam airport by 120 km winds, and our friends were stuck on trains and busses as the storm blew trees across tracks and roads on their way to Prague from Munich. A five hour trip became a nine hour one.

They eventually made it here this evening, and Dave should be here by midnight. I'm glad they're all safe from their blustery travels.

And I'm thankful for a rare day in Prague by myself! 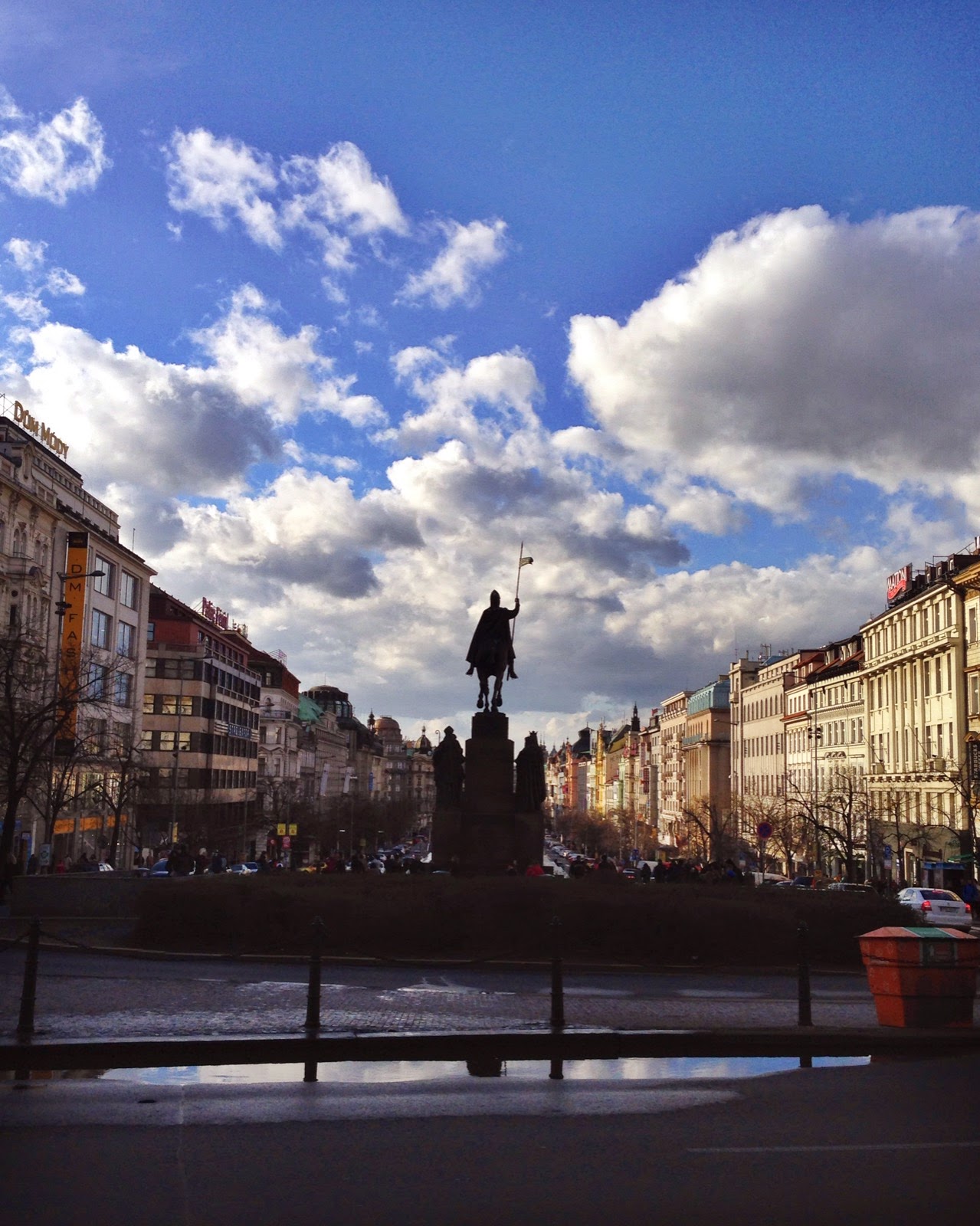