What do Dave and Connie look like after getting up at 4 AM to catch a flight out of Chicago? 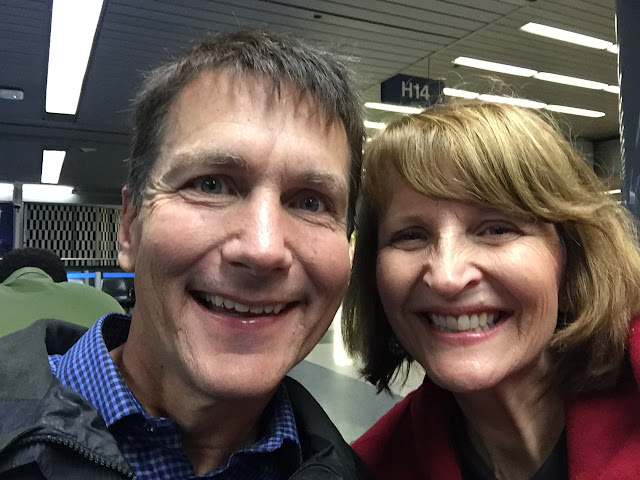 Yep, that's us, still smiling even after such an early morning!

In order to make it to today's destination in time, we made the best of it as we caught our flight to Dallas at 6:30 AM, and then on to Pensacola, Florida. 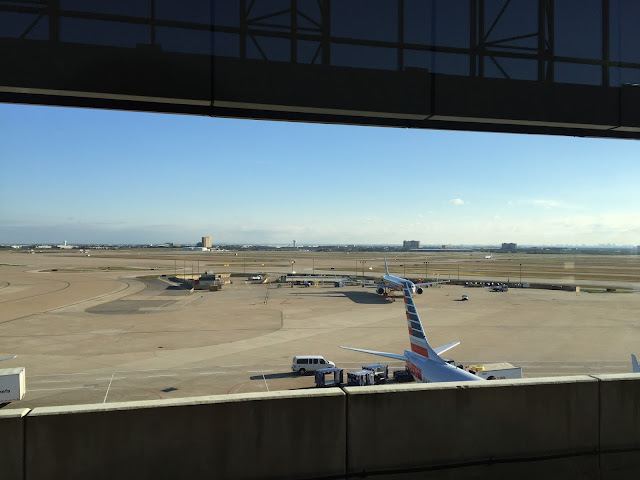 Some have asked me how it's been to travel so much with Dave, now that I'm able to. I can honestly say that except for those early morning flights (which really aren't all that bad), I'm enjoying it a lot! It's great to be a support and encouragement to Dave as he travels, and of course I love being with all the people along the way.

Now if I could just remember to make all the reservations on time.


Once we picked up our car we headed off to Mobile, Alabama where Dave had a meeting with a foundation to share about the ministry of Josiah Venture.


Dave and I love a road trip. In fact, I'd say we fell in love way back in the day while we were traveling around Europe with Malachi Singers! So another day on the road is another day of enjoying each other. I mean, who can resist hanging out with this guy?! 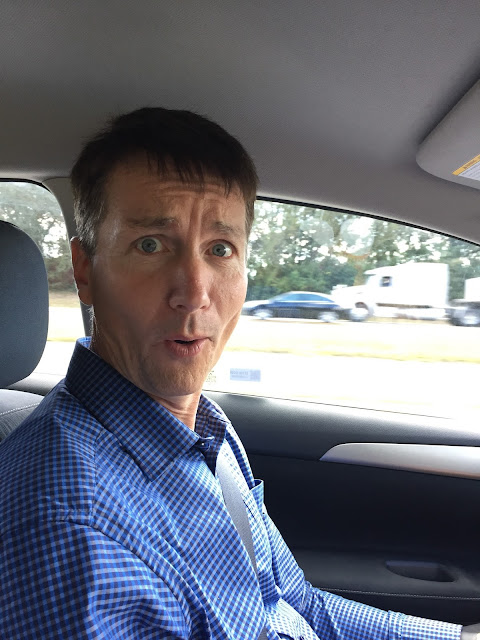 I've only been to Alabama one other time in my life, but never been to the Gulf Coast. So I was feeling extra giddy about being on the road with Dave today. 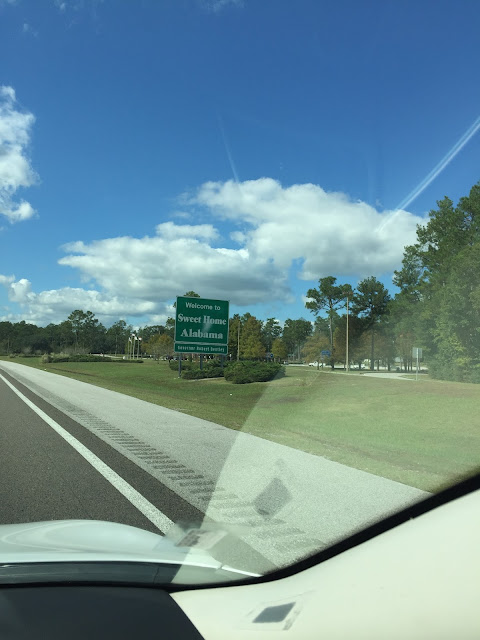 We arrived into Fairhope, Alabama this afternoon for Dave's meeting. While he met with the foundation, I poked around this cute little town to see what I could find. 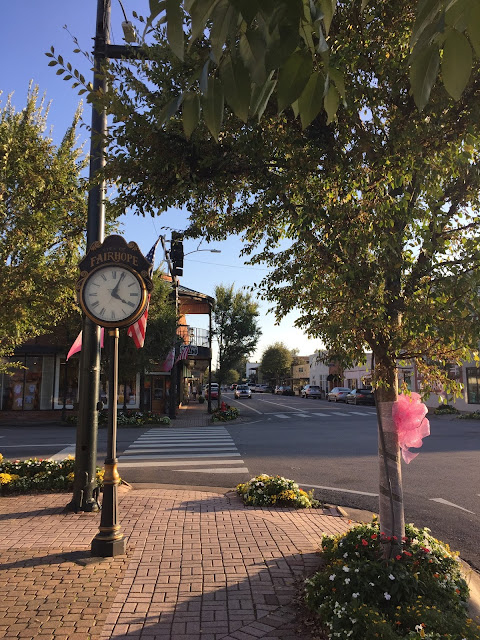 My first impression was that I'd gone back in time. It didn't even shock me when I came across this old car parked next to the sidewalk! It seemed so right. 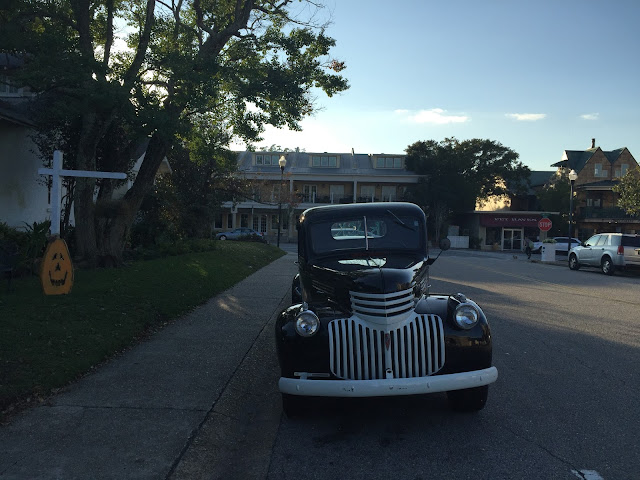 There was an air about the town that told you it'd been there for a long time. 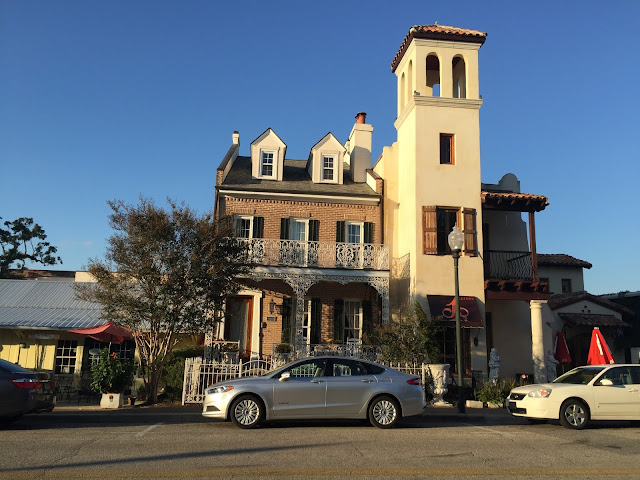 It's hard to put my finger on it, but aside from the architecture being different than any other place I've been, it felt a little as though time stood still here. And I liked that as I strolled through town on a warm, lazy, fall afternoon. 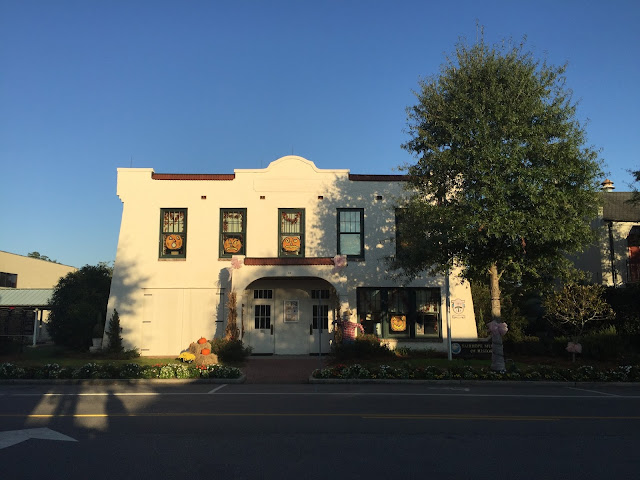 There was one thing that DID stand out. All the golf carts being used as vehicles on the road. They even have license plates! I guess it must be a "thing" here, though I'm not sure why. 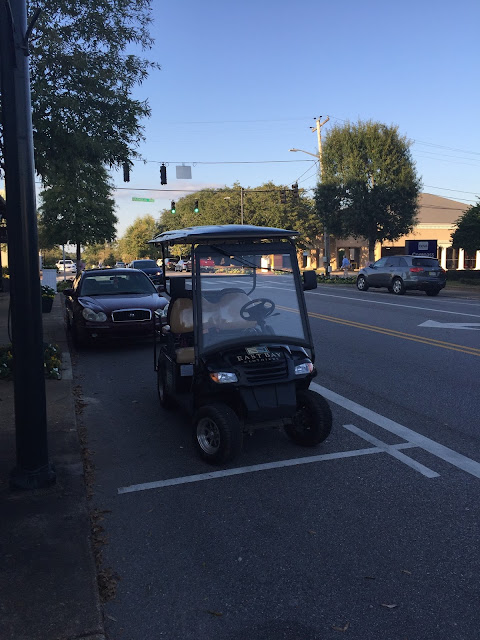 After Dave's meeting, at the recommendation of one of the men he'd just met with, we headed over the causeway (I didn't know what that was either...it's a bridge that stretches over a huge body of Gulf water coming inland) toward Mobile to a restaurant for dinner. 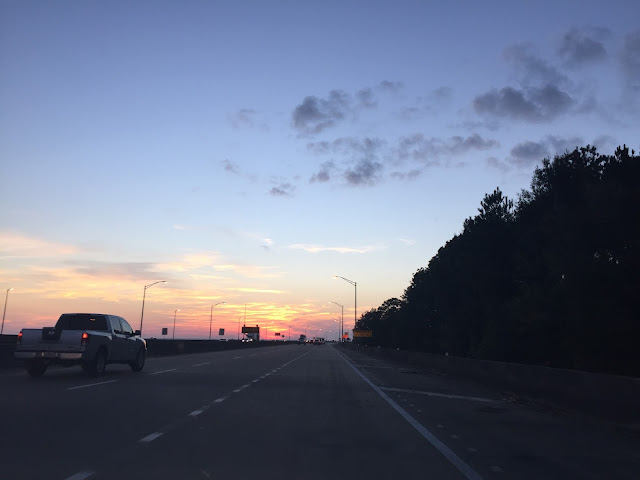 The Gulf water is SO close to the highway! I wonder what it's like here in hurricane season?? 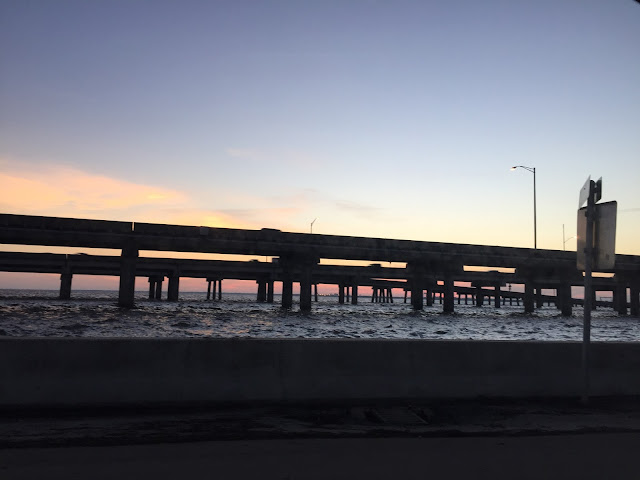 We found the restaurant and headed in, only to be surprised by this sign: "Warning. Alligators."

Then I knew for sure I wasn't in Wyoming, Chicago, Denver or Eugene - some of the places I've already been on this trip! This is a whole other land down here! 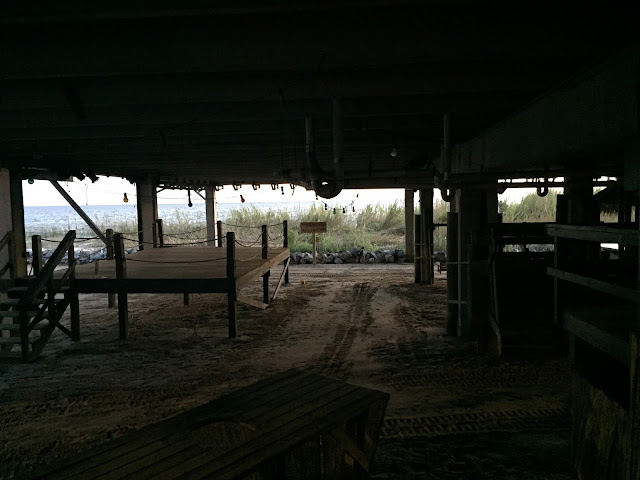 We enjoyed a "Gulf Coast" meal of shrimp and fish at Felix's, and then drove back to Pensacola where we're spending the night before another flight in the morning. 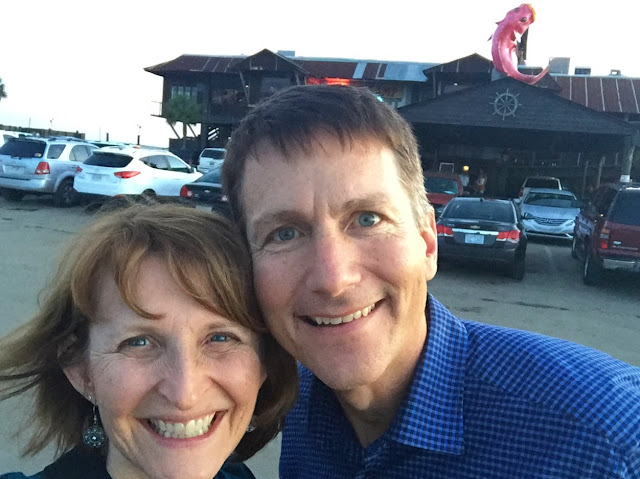 Loving sharing these adventures with my dear husband and traveling buddy!
Posted by Unknown at 11:00 PM