Friday night found Dave and I at an Orlando Magic basketball game! 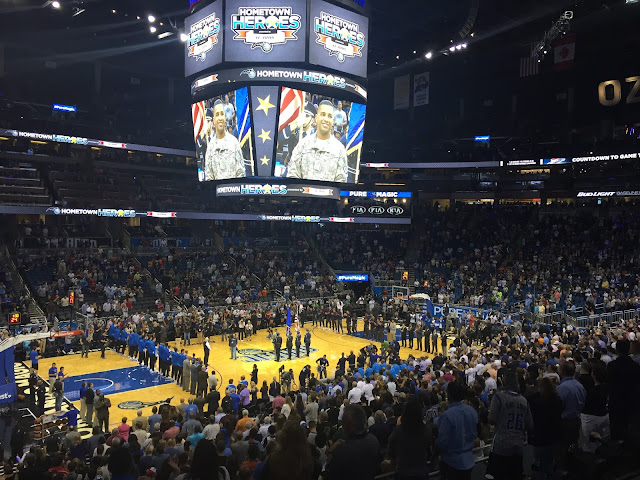 There with our friends, we watched all the fanfare introducing the players, and heard our National Anthem, something I don't hear much of while living in Czech! Still makes me well up with tears when I hear it. 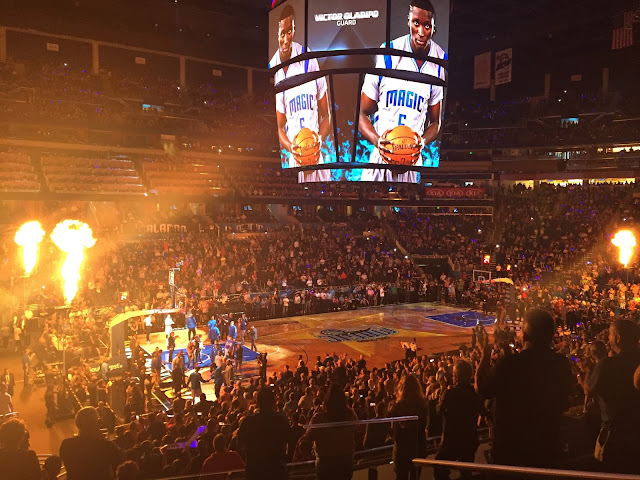 Maybe it's the thrill of victory or the agony of defeat (anybody else grow up watching "Wide World of Sports on Saturday afternoons??!!), but I definitely get giddy going to sporting events here in the States, and am thankful our friends take us when we're visiting! 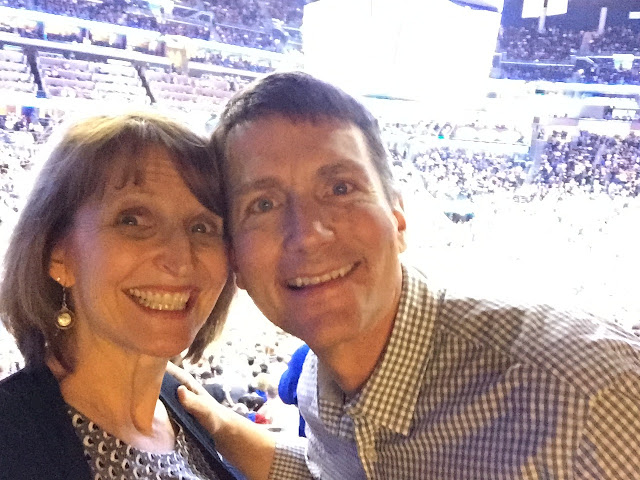 Playing against the Oklahoma City Thunder (a team I'd honestly never heard of!), it was quite an exciting game, and at the end of the fourth quarter, it looked like the home team had it in the bag. 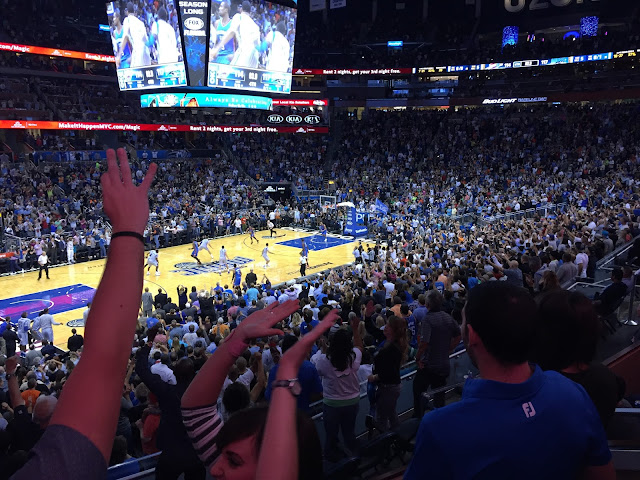 And then suddenly, it was tied and went into overtime. 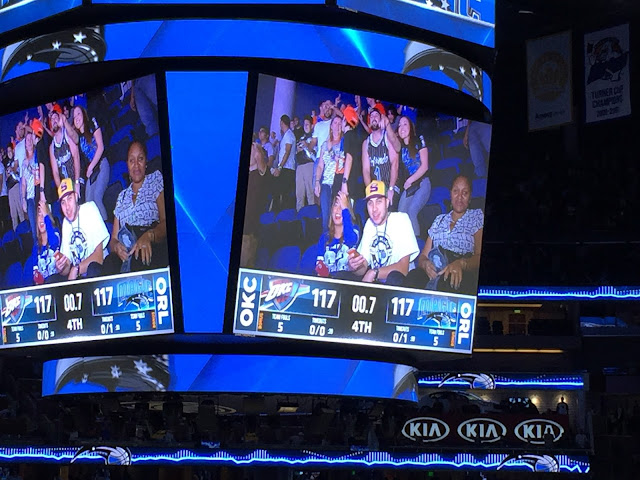 And not just one overtime, but two.

We did a lot of cheering in those last minutes! 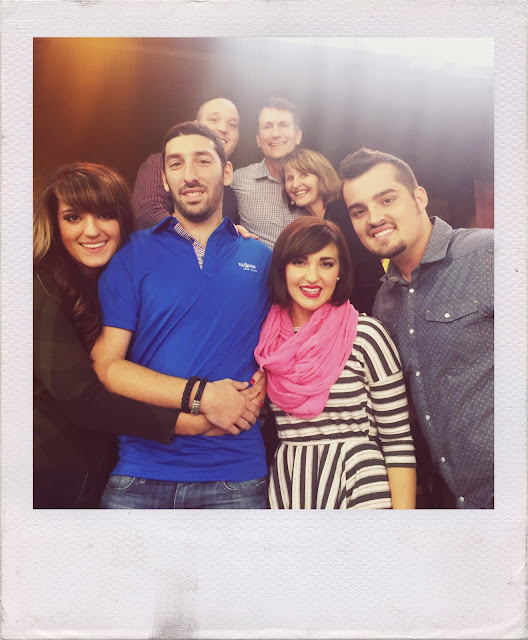 Sad to say, the home team lost the game by just three points after those two overtimes. I felt bad that there had to be a loser as they both played a very good game. But that's the way it goes in sports.

However, I won something in the last two minutes of the game! 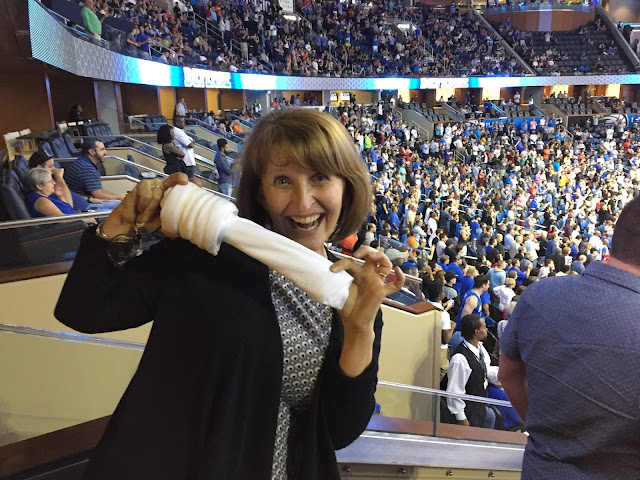 During a time out, some guys came onto the court and fired t-shirts into the audience with some sort of special gun that wings them way up into the seats. Unbelievably one of them literally came straight at me so now I've got my very own Orlando Magic t-shirt!

What a great fun in America, and what a great evening with our friends!
Posted by Unknown at 11:00 PM