This afternoon I drove to the grocery store on the other side of the island, stopping along the way to capture how pretty it was looking out over Jelsa. 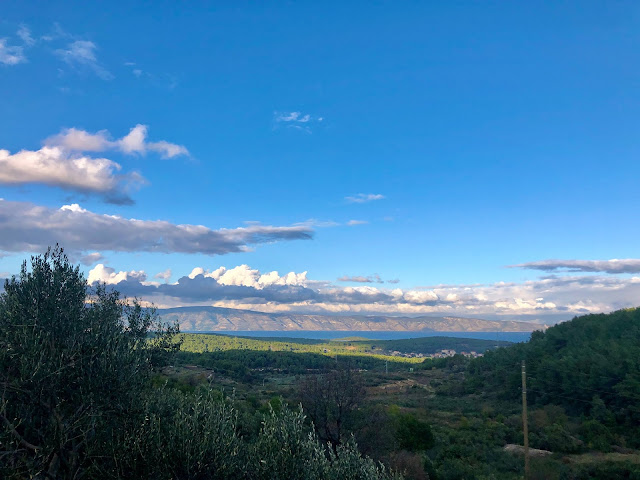 I couldn't remember if I'd ever posted photos on my blog of going through the little tiny village of Pitve, that we pass through every time we go to the grocery store, so decided to drive slowly to take a few. 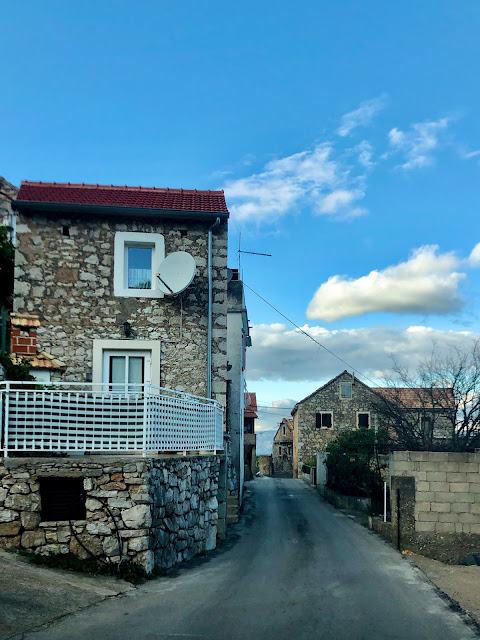 As you can see, it's pretty much a one lane road driving through the village, so you always have to be looking ahead to see if anyone is coming. Then the question always is, 'who saw who first', to determine who gives the right of way to go through. 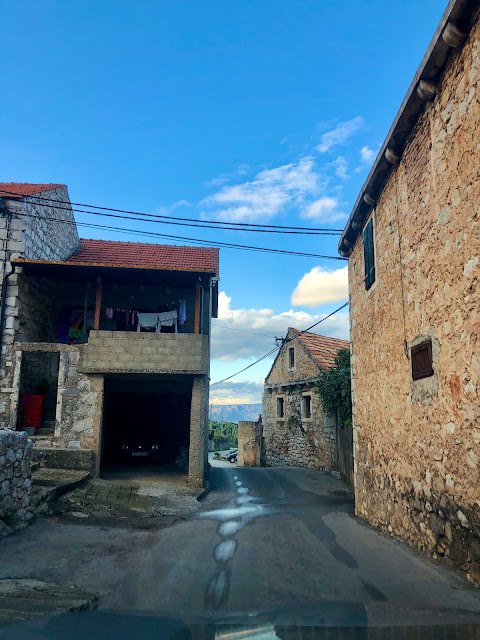 In this village of just 69 people (as of the census in 2011!), there aren't many places to park a car. Good thing the house above has a garage. Imagine backing into it every time!

What's funny is that I was thinking about how narrow it is driving through here, and wondering if people ever get up here in vehicles that are too big to go through.

And then, it happened on the way back! 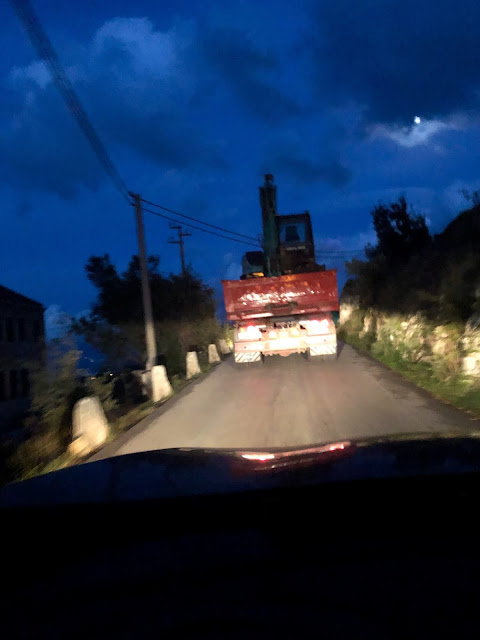 I came up behind this truck, carrying a small digger on top. I kept thinking "maybe he'll turn off sooner than before we get into the village".

But no, he just kept going! 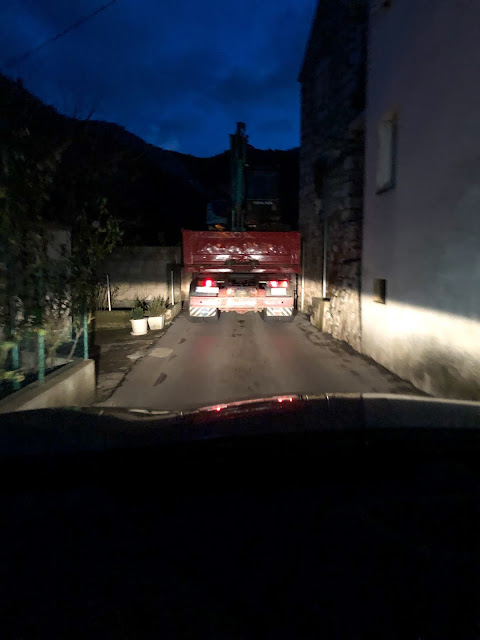 He was driving super slow, which is how I could take pictures as I followed! 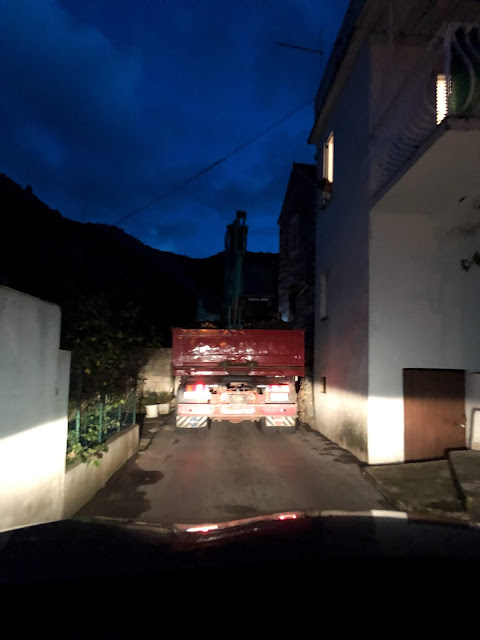 But look at what a tight fit he's got there!

Since he has Croatian license plates, I figured he's done this before. But still wondered what would happen when he got to the famous Pitve tunnel that is not very high.

Sadly for me (because I like to know these things!), he pulled off at the tunnel and I had to continue on through so I don't know the end of the story; except that there is a very small dirt road that goes up over the top, so perhaps he did that. Or perhaps the digger came off and went through on its own!

What I do know is that by the time I drove back over to Stari Grad tonight, to the ferry, neither the truck nor the digger were anywhere to be seen. So he must've figured it out! 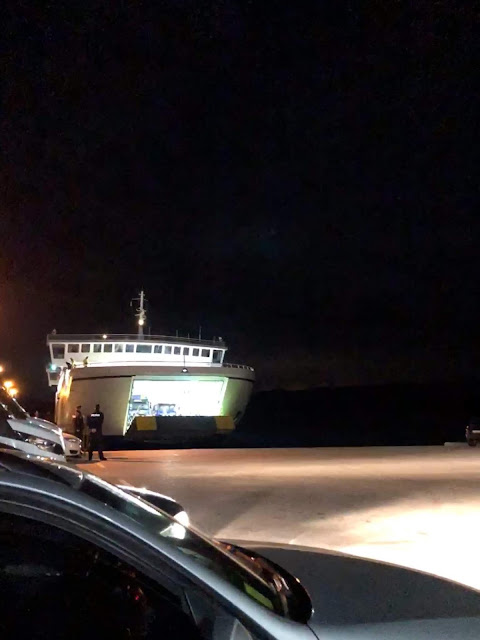 During this time of year there are only three car ferries over to Stari Grad from Split, with the last one arriving at 10:30 PM. And that's the one that Dave was on! 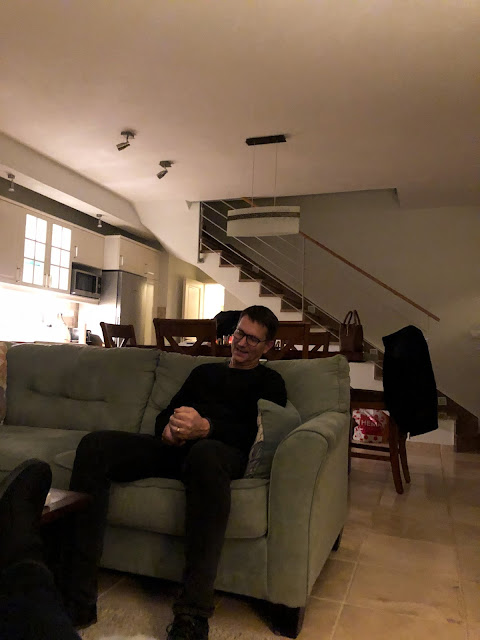