Many a time while on the island of Hvar, we've encountered the phenomena of "the bura". 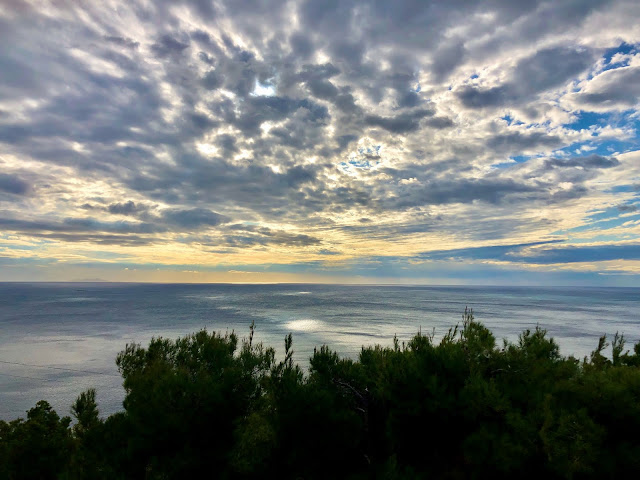 If you're in a tent during one (yes, they come in the summer too), it's not so fun. We've experienced that.

But if you're warm and cozy inside a house during one, let it blow! 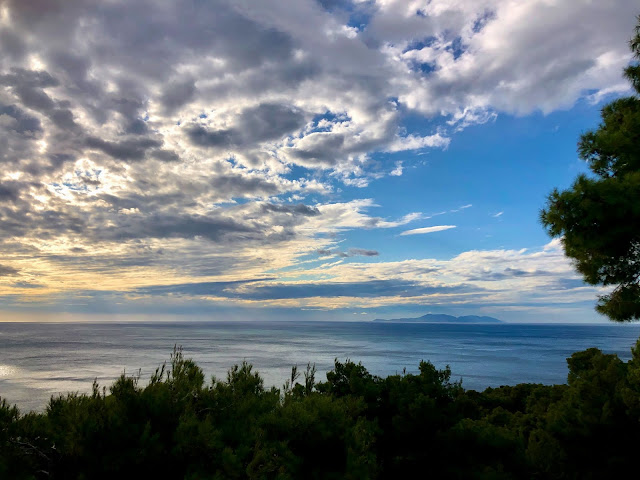 Last February the strongest bura winds ever were recorded in Split; how fast was it? 176 km/h or 106 miles per hour. I've seen videos of it and it was wild!

It's not blowing that hard today, but it's definitely more than just a little breeze as it sprays water off the sea and tosses trees and bushes to and fro! 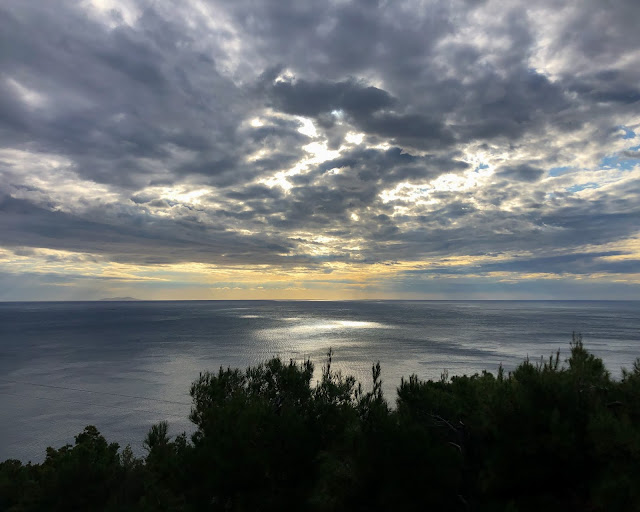 People here love the bura because they say it "cleans out the cobwebs", cleansing the air and everything around it from germs and bacteria. 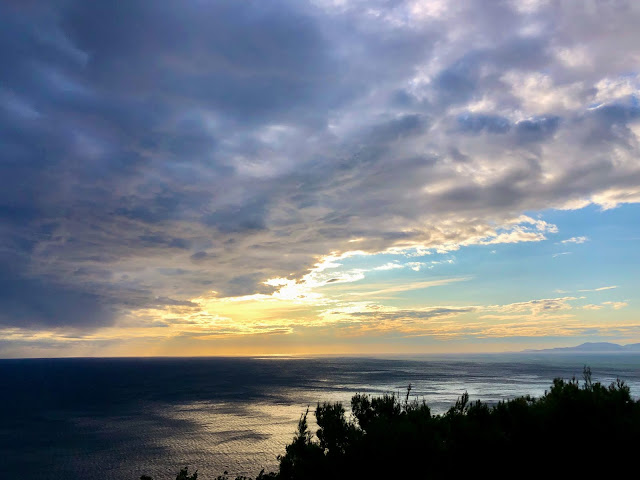 The sun broke through the low clouds on the horizon and bathed the terrace in sunlight for about two minutes late this afternoon. 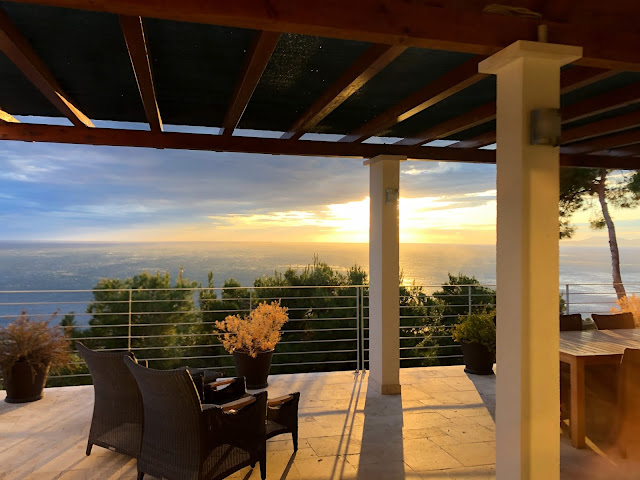 If you blink, you'll miss these moments! I was trying to get work done but kept being happily interrupted to capture the beauty. 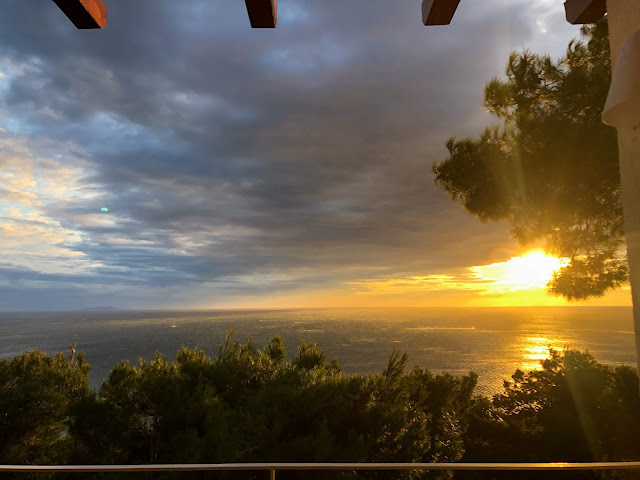 The bura, a north to north-eastern wind, typically only lasts no more than 48 hours. So we've got another day of it tomorrow, and then it should calm down.

But since we're in a house and not a tent, I really don't mind how long it lasts. Let it blow!
Posted by Living By Lysa at 11:59 PM