Stepping out of the house at 6:30 this morning to leave for Hvar Town, this beautiful sunrise sky greeted us. 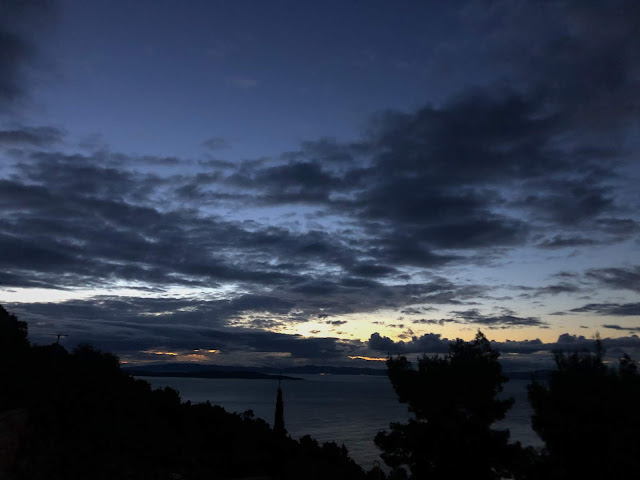 After the 45 minute drive, we were treated to another beautiful skyline on the riva. 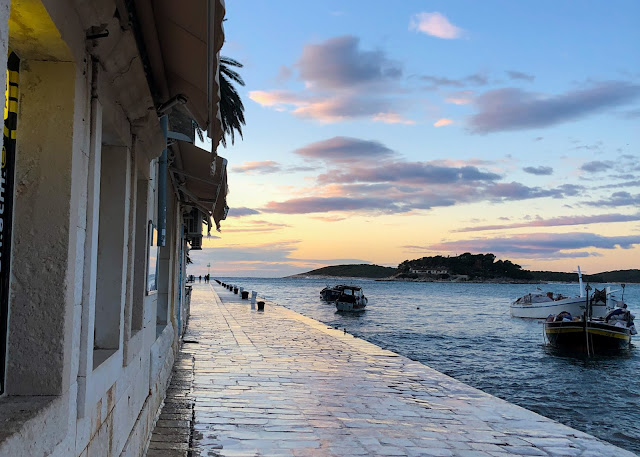 The storm last night was evident even this morning, as we watched the swells wash up over the stones. We waited until they'd flowed back out before walking past here, taking a look back at how pretty it is on an early winter morning. 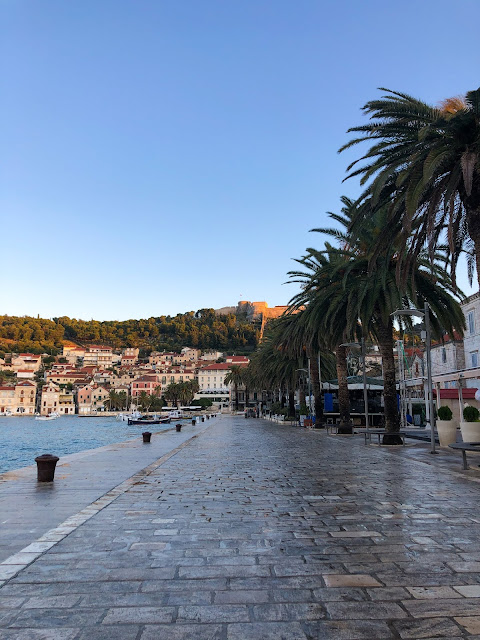 In town there aren't many signs that Christmas is on the way; but down here at the riva, all the signs that it's coming are packed in together!


Even though we think Hvar Town is beautiful, we wouldn't be here this early unless we were coming for a reason. 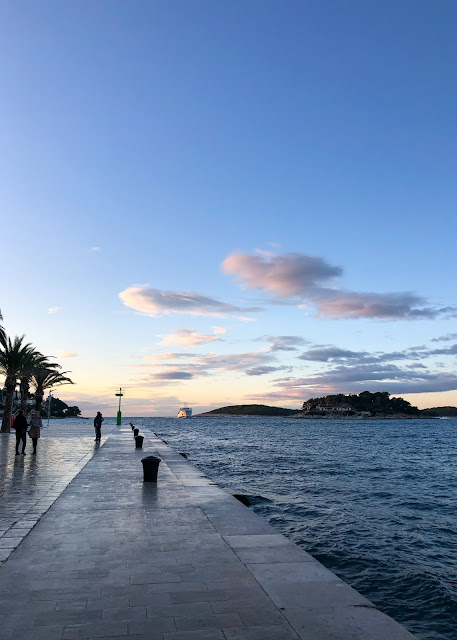 As you can see, we're still waking up! 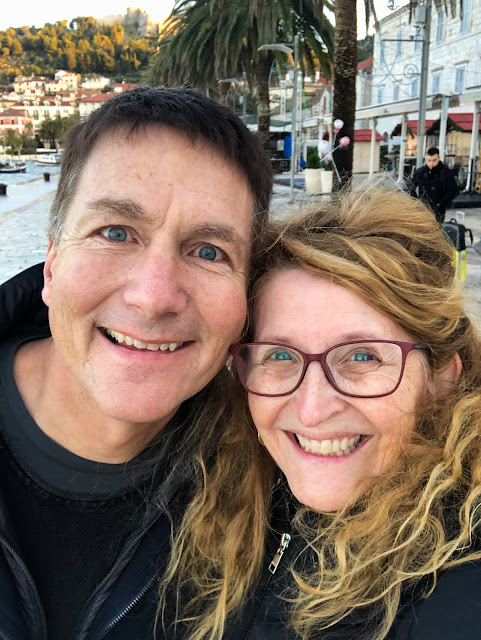 But the reason for our early morning trek here arrived at 7:30 AM. 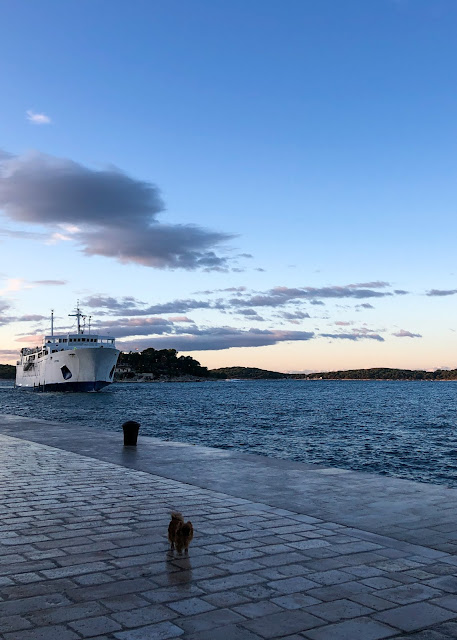 Dave is headed over to Split today to visit a friend of ours that he had the joy of leading to Christ this past spring. 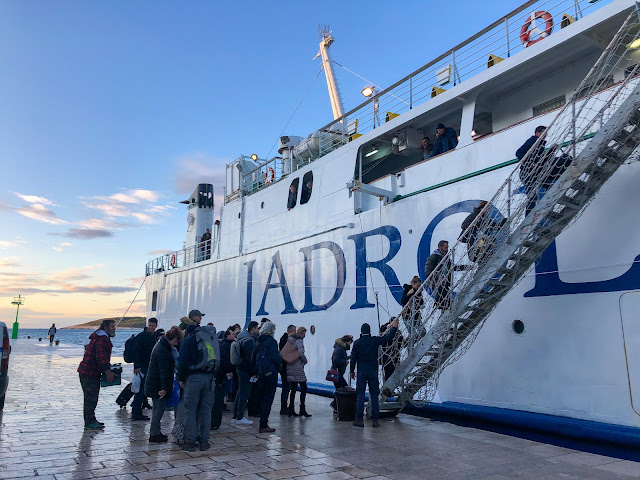 We were actually surprised by the arrival of this ferry, since he was supposed to be going on a smaller catamaran ferry this morning. But we found out that it's not operating due to the size of the waves after the storm.

In fact, if it hadn't been for the storm last night, this ferry wouldn't be here this morning either. It was supposed to have gone all the way to Lastovo last night, but because the storm was so bad, it only made it to Vela Luka, Korcula, where it docked for the night. They brought it back here to Hvar Town this morning, rather than continuing on to Lastovo. 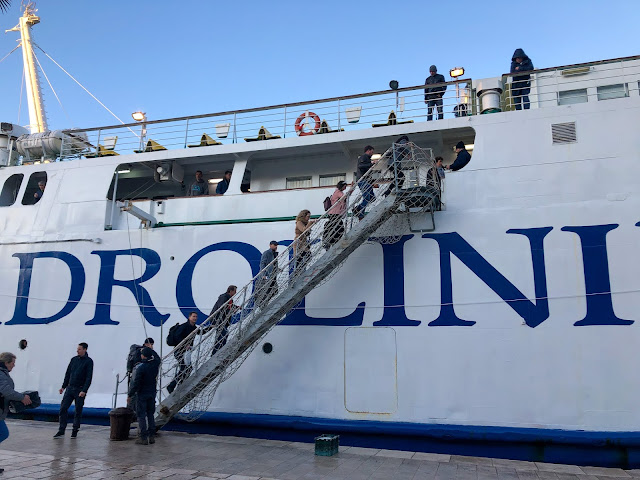 I heard from Dave later in the day that the crossing to Split was pretty shaky, even on this big ferry. If he hadn't gone outside to keep his eye on the horizon, he said he would've been inside throwing up with other passengers. 🤢

At one point he said he managed to get a cup of coffee and drink it, but when trying to take the ceramic cup back to the cafe on board, the ferry suddenly lurched and he was thrown against the wall, which caused him to drop the cup on the floor where it completely smashed!

In the meantime, I had a beautiful walk back down the riva as the sun rose on Hvar Town! 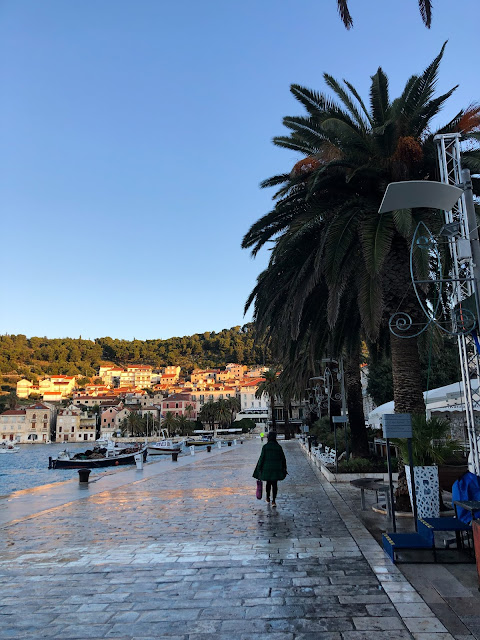 Though sunny it was freezing cold walking along here, so I didn't linger too long. 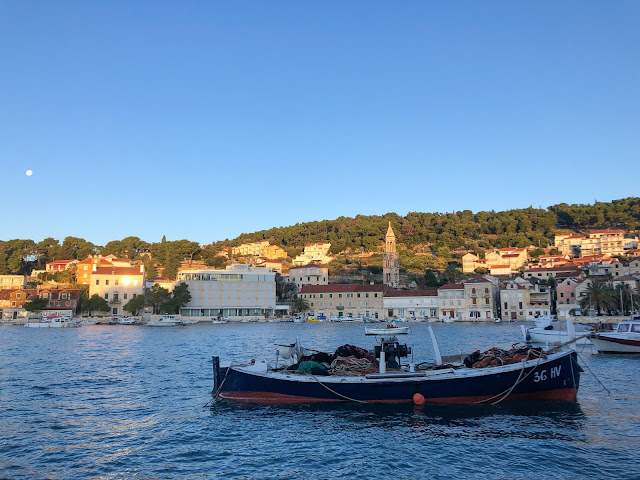 Dave had hoped to come back on the 4 PM catamaran this afternoon. But because the sea was still too rough they cancelled; that meant he had to wait for the next regular car ferry at 8:30 PM.

I was sorry he missed a beautiful sunset here!


And it was so clear this evening that you could even see out to Sušac, the island we visited this past summer! 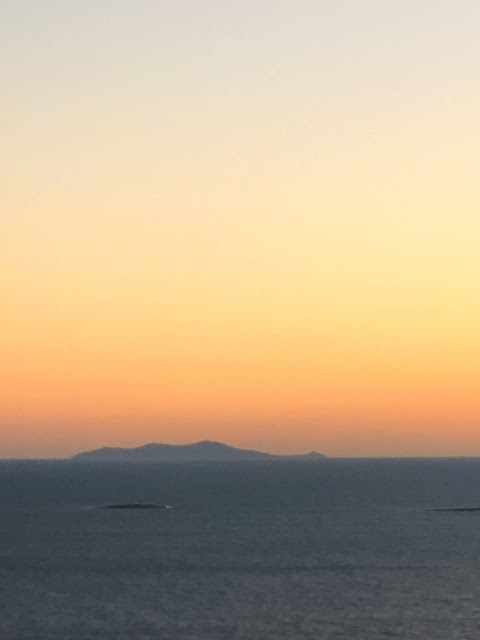 Thankfully the seas between Split and Hvar were much calmer tonight so the car ferry arrived into Stari Grad right on schedule at 10:30. 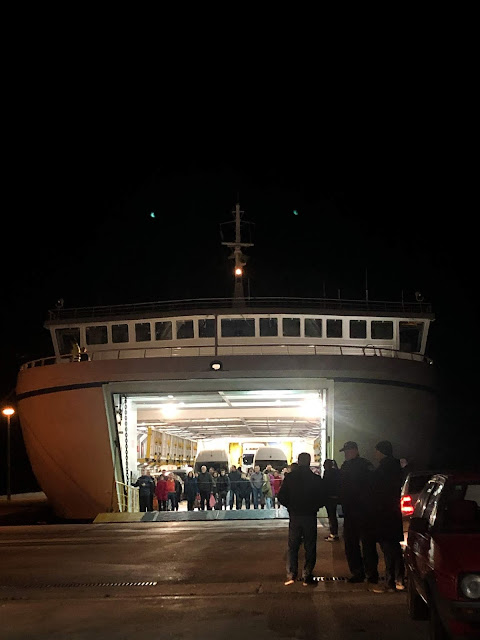 And Dave was on it! 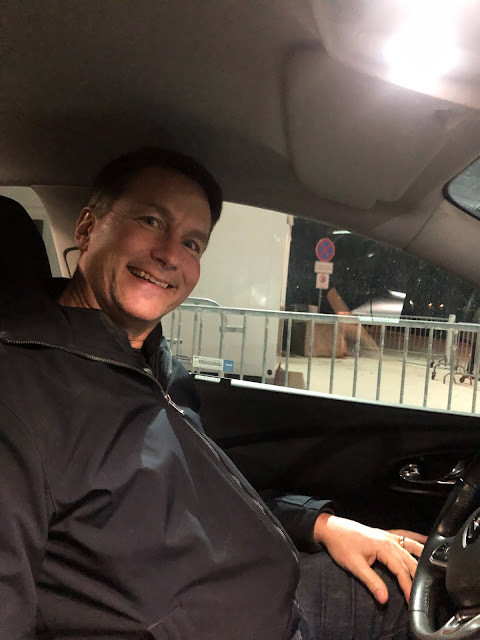 He'd had a very good time today with our friend Tim, who is growing in his new faith; Dave said he loved hearing him talk so much about Jesus! I'm so thankful to hear that, and glad Dave could be with him today.
Posted by Living By Lysa at 11:42 PM