Once in a Lifetime

When Dave and I arrived in Prague yesterday and checked into our hotel, we received a surprise. 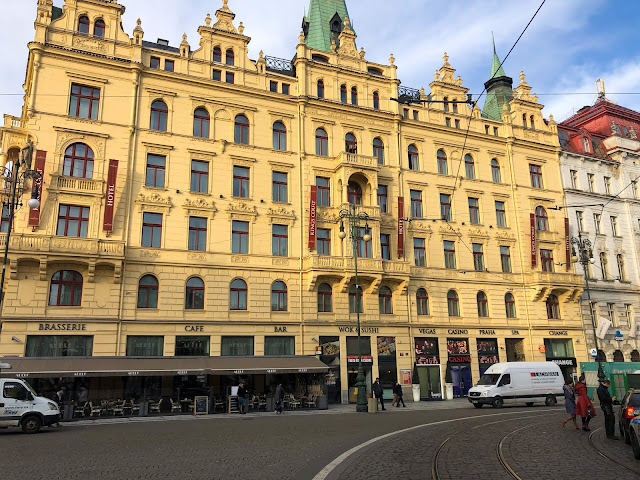 I had booked this hotel a year ago, using points I'd collected on Expedia, so it was free to us. Free is great!

But a free UPGRADE? That's what we found out about when we arrived, and that's something different altogether!

When Dave asked why we'd been upgraded she said it was because we were returning customers. Which is funny...because I don't think I've ever paid for a night here, though we've stayed several times using points. But we'll take it! 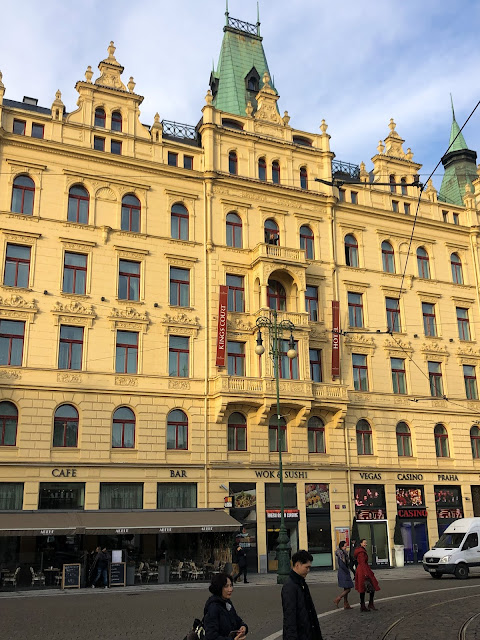 But the most fun part of it for me was not the room, but the balcony! Did you notice anything in those first two pictures??

Yes, it's me way up there, channeling my inner Royal Family from Great Britain with a wave that I hope resembles the queen's!  😂 😂 😂I figured this was a once in a lifetime opportunity I didn't want to miss out on. 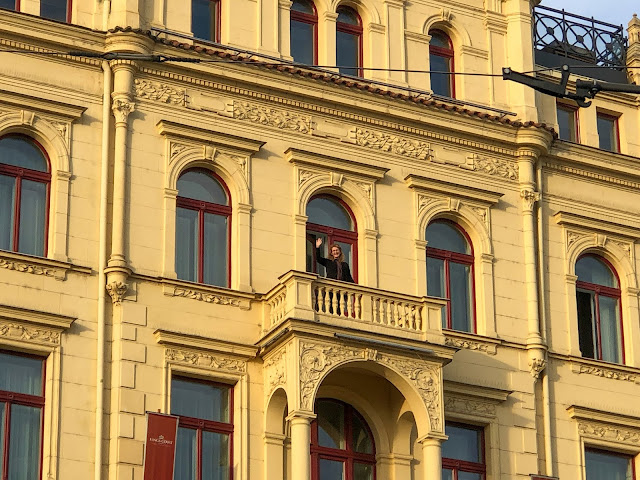 I don't know why, but I got such a good chuckle out of that!

When we'd arrived from last night's concert of Andrea Bocelli, a crew was decorating the hotel for Christmas. It was all finished by morning!


Dave and I took a quick picture together in front of the tree, and then headed out from the hotel.


We both had morning trains to catch; me back to Ostrava and him on to Vienna. 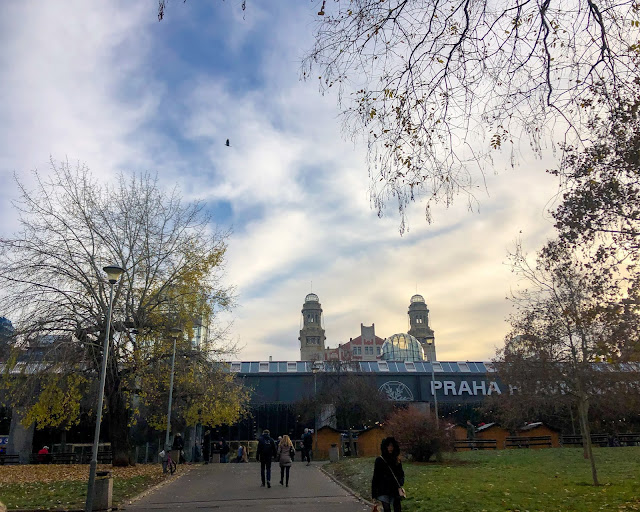 I'm so thankful for our memorable 24 hours together, celebrating his gift from last year's Christmas!
Posted by Living By Lysa at 3:00 PM