If you get one December day on Hvar like this, you've won a prize. 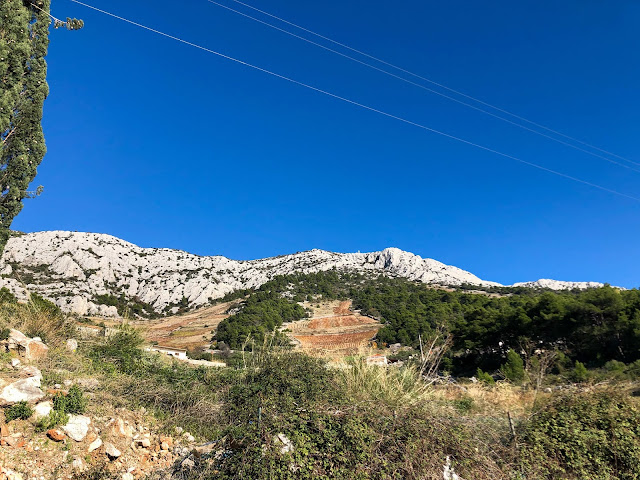 If it happens to fall on a Sunday? That's a huge bonus!

Dave and I had planned on taking a long walk today, hoping the weather wouldn't be too windy, stormy, cold, or rainy. As you can see, it was anything but that! 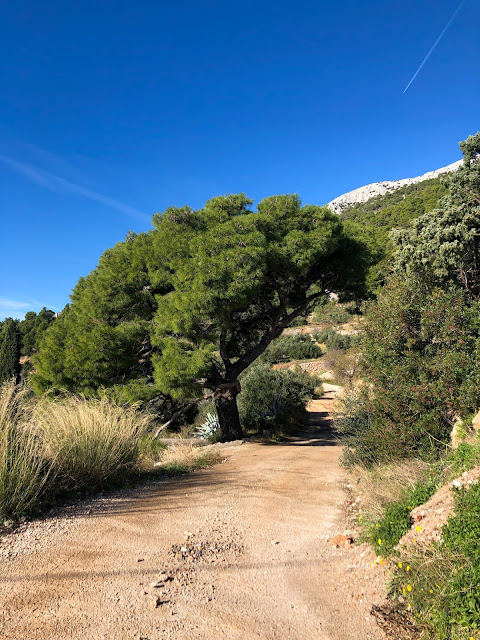 Our plan was to walk down the dirt road heading out of the little village of Sveta Nedjelja, where we're staying. 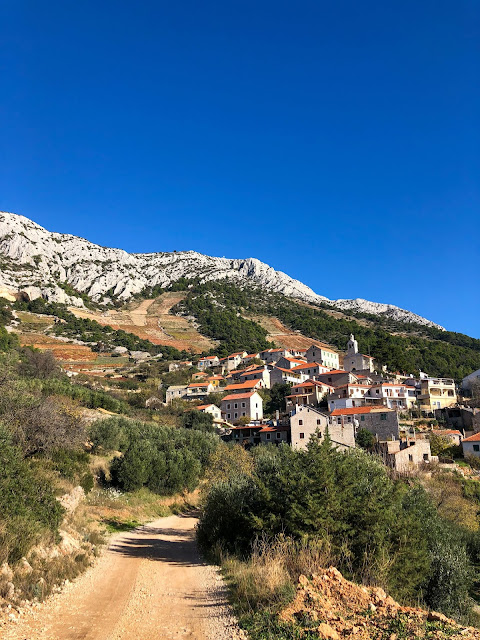 When we first started camping on Hvar in 2008, there was no road to drive on towards Hvar Town from this side of the island. You had to go all the way around, through a rock tunnel, towards Jelsa and then Stari Grad. It was quite a drive to get there. 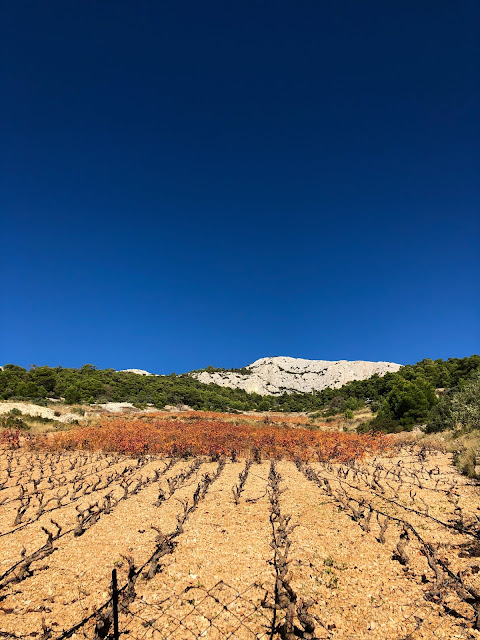 But when we came back that next summer in 2009, they had amazingly created a new road, hugging the side of the mountain. While it was a very basic dirt road (with no guardrails to be had), we traveled on it many times in the following years enjoying the spectacular views.

Sometime later we heard that there was a plan to widen it (at that point, it was basically just a one lane road, with a few turnouts over the 8 km until it connected to the main road... in case you met another car going the other direction); but as the years went by, nothing happened. 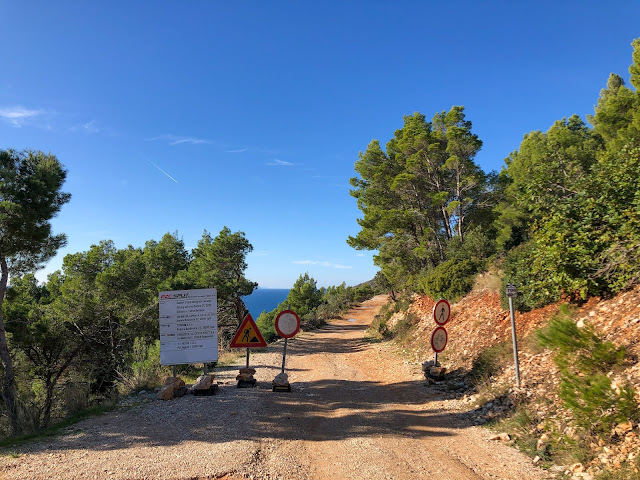 Well, that's not exactly true. They actually started on it a few years ago but only went halfway, from the other direction, and then the work stopped.

We heard that there was only a contract to do half of it, and that the bid for the other half got stuck somewhere in bureaucracy. We (and our friends in the village here) wondered if it would ever be finished.

But they are back at it again and making good progress now! 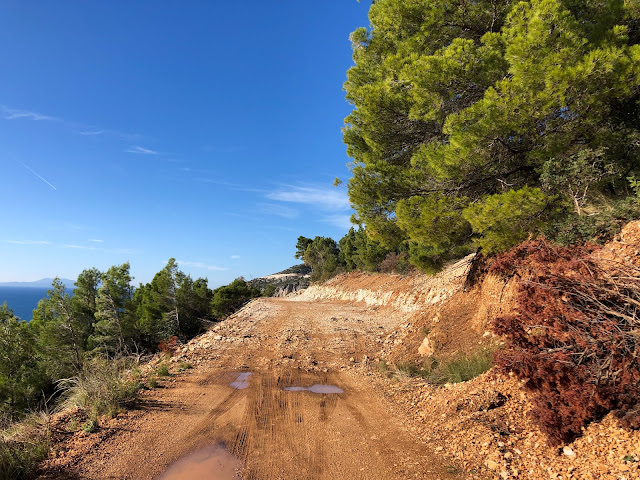 I can't begin to imagine what it'd be like to work on the edge here (to the left, it's just a straight shot down to the sea!), crushing rock all day long to widen this out to a two-land road. 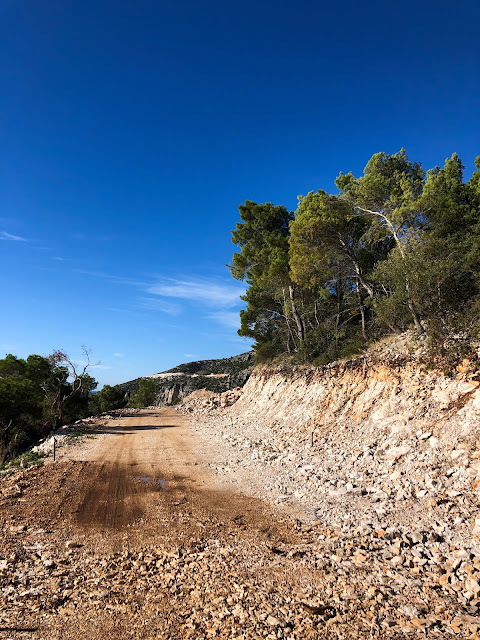 But it will be spectacular when it's finished! The views along here are so very amazing! 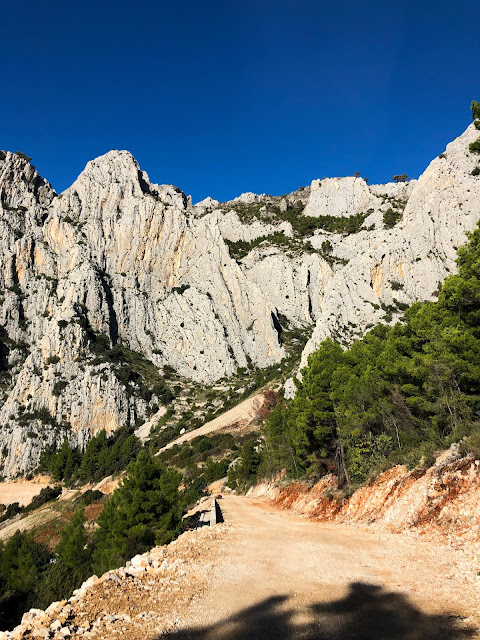 Not knowing what we'd find on the road (that I actually drove on as recently as July when I was here), we were so surprised to find this part of the road completely dug out. Nobody's driving over that right now! 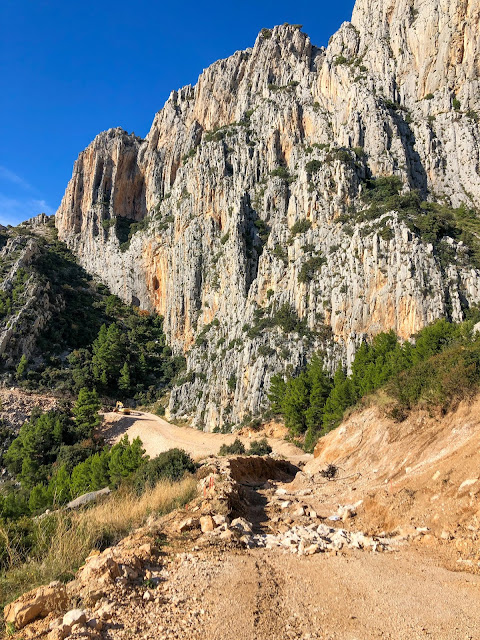 You can't really get perspective in the photo...but that's a HUGE ditch! It looks like they're stabilizing that part of the road, given that the hill to the right is not solid rock, but more loose.

Someday it will be amazing to see what they did in this spot, and all the rest of the way!


At this point of the walk, since we couldn't go any further forward, we decided to walk down to a beach we love, Luščice, and have been to numerous times over the years. 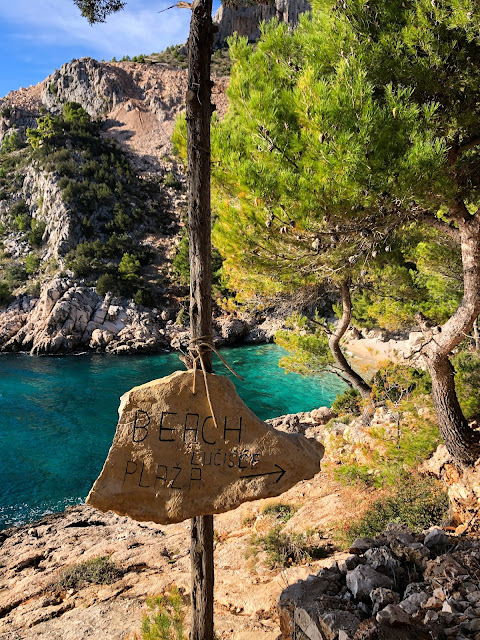 Today it was completely deserted, and lovely in its solitude!! 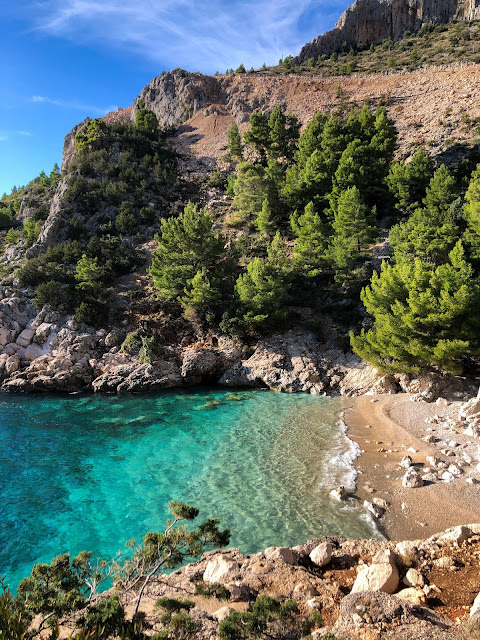 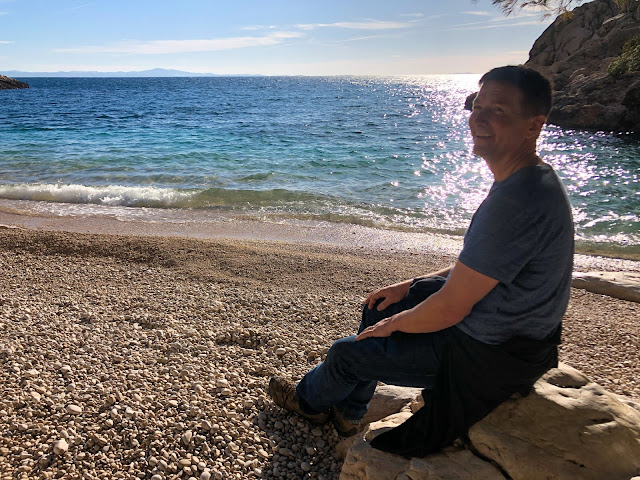 Yes, eventually we stuck our toes in to try it out! 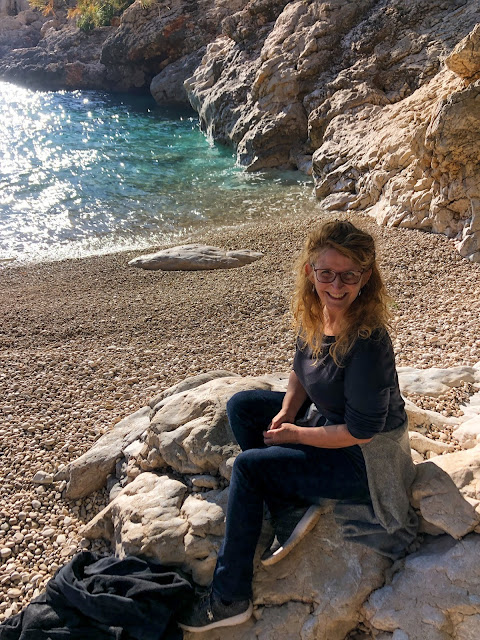 And we ended up hanging out for quite a while, enjoying the sound of the waves, the warmth of the sun, and the quiet of it just being the two of us here. 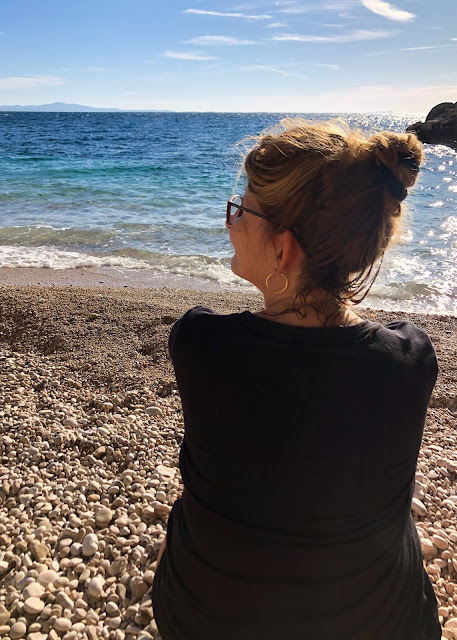 When we started hiking back up to the road (it's quite a climb!), I turned around to take one last picture and had no idea until later that it turned out like this!! 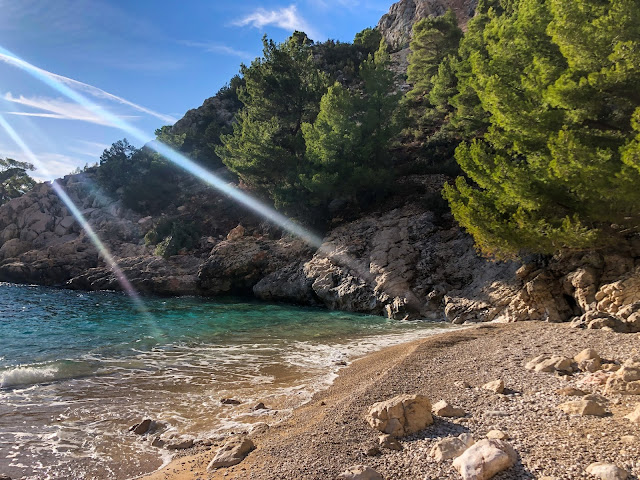 I said to the Lord, "I see you what you're doing there!"!

Indeed it was a very sweet afternoon down here with Dave, feeling loved by the Lord as He let us enjoy his glorious creation on this Sabbath day! 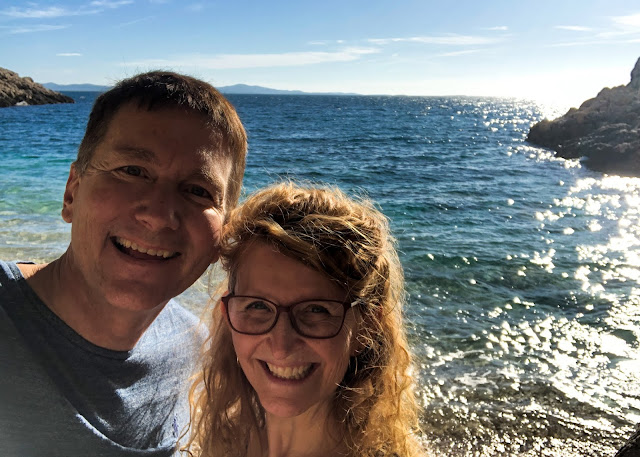