This is pretty much how we all feel today. 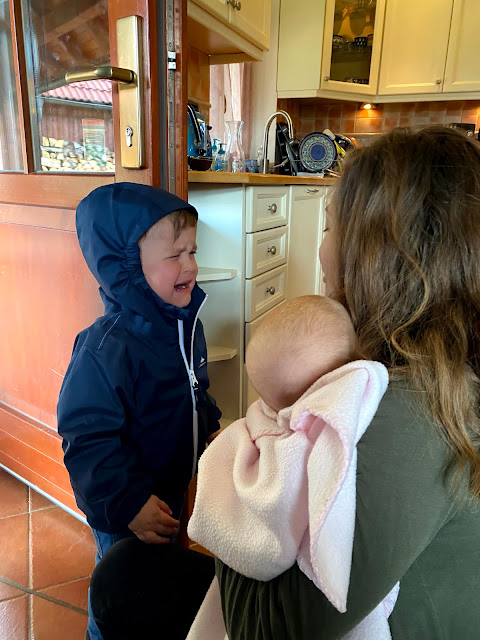 Charlie is saying to his mom that he doesn't want to say goodbye to his cousins.

We wish it didn't have to happen either. But with quarantine restrictions lifting, and borders opening,  life after quarantine must move on.  So the cousins are saying goodbye today, ahead of Charlie and family's departure for Albania tomorrow. 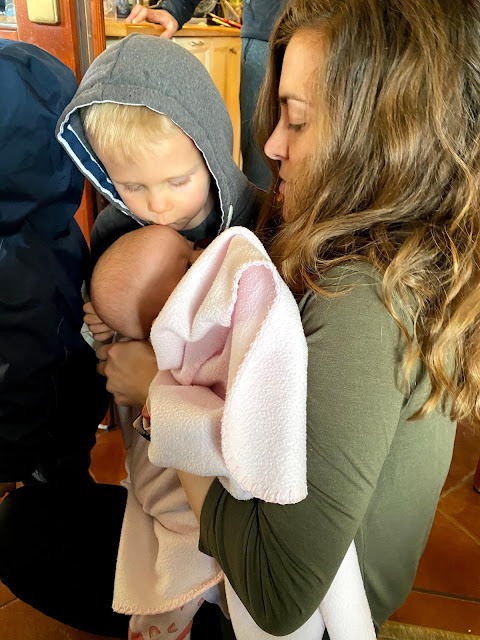 The sentiments are similar all the way around. It's hard for Asher and Judah to see Charlie and Jenna leave, and vice versa. 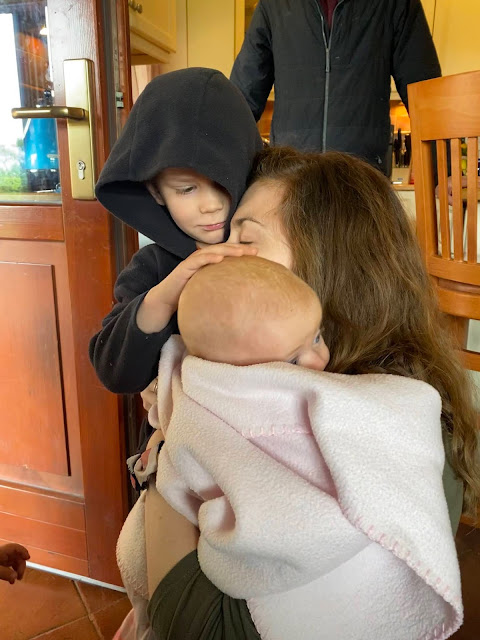 This was try #24 of getting the three boys together for one last picture. No one wanted to smile or look at the camera. I get it. 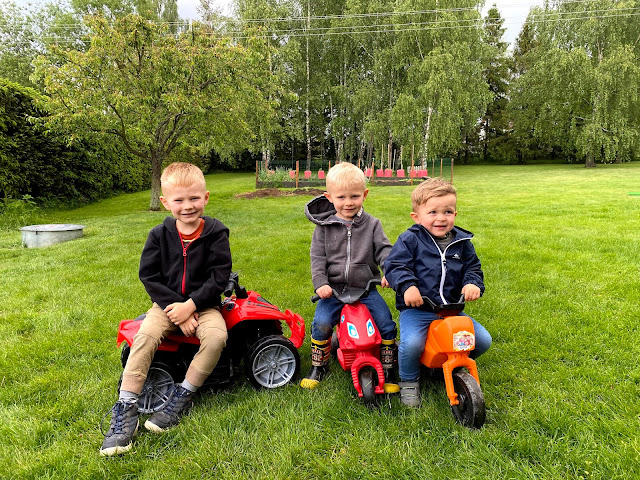 When Caleb and Haley came to stay in late December, to await Jenna's birth in February, they had no idea that decision would keep them here until nearly the end of May. All things considered, we're so glad it did as it was very special to go through these days of quarantine together!

But they have a life and ministry in Albania that are waiting for them. So it's time to go. 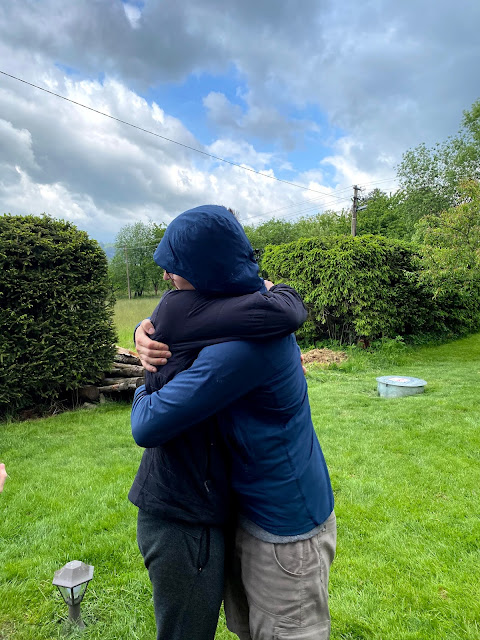 Seeing these brothers hug one last time just about did me in. They are best friends, and have fully enjoyed this extended time together. 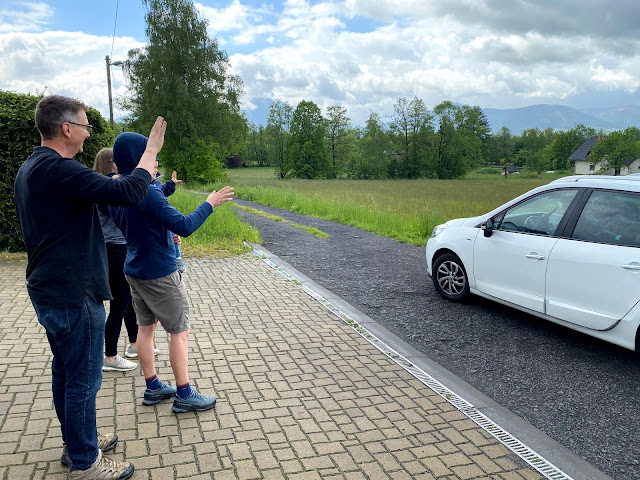 We all waved goodbye to Tyler, Lara, Judah and Asher as they returned home to Ostrava.

Only to have them forget something and back the car up! 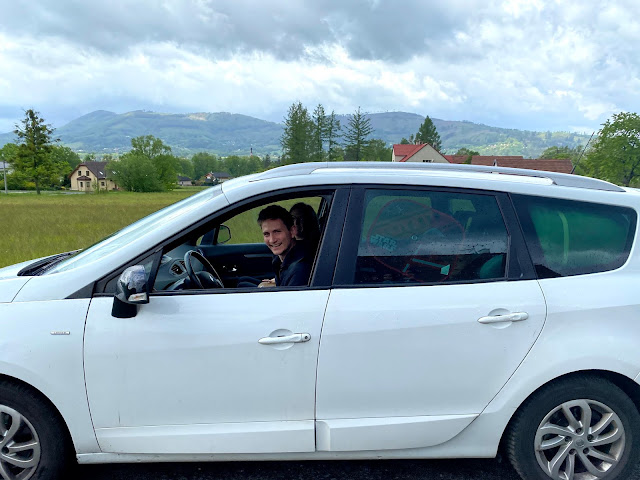 There was something so relieving about laughter instead of tears, they rolled their windows down and asked if someone could go look for Asher's blanket! 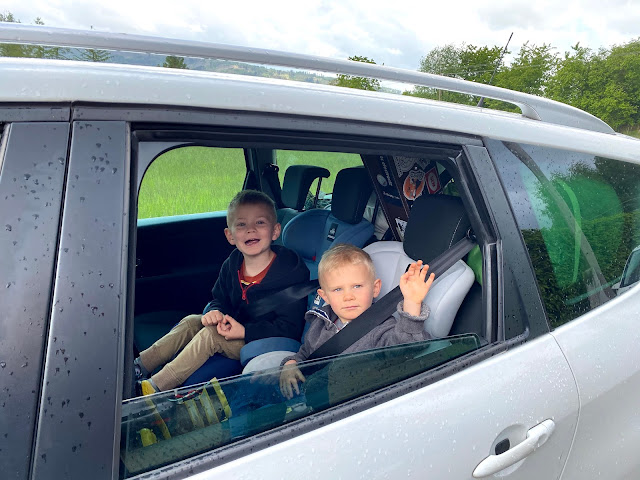 Then it was finally time to wave goodbye.

Of course it's just a "see you later", but we don't exactly know when the "later" will be with the turmoil that the world is still in. 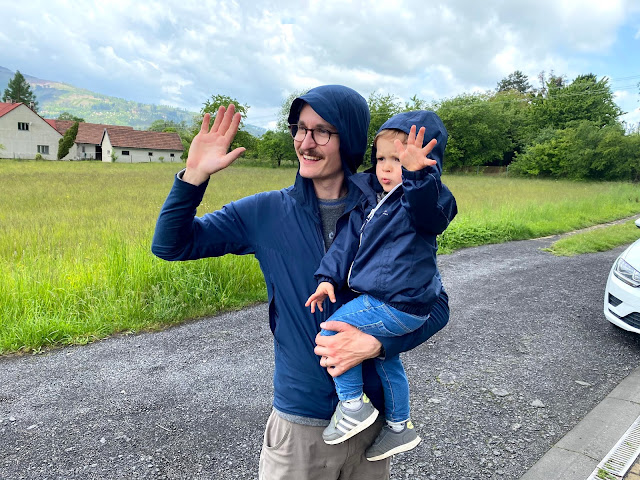 From all the years Dave and I have spent goodbyes to our parents, and then to our kids when they went to the States for college and life there until God called them here, we know that the emotions of sadness will pass. 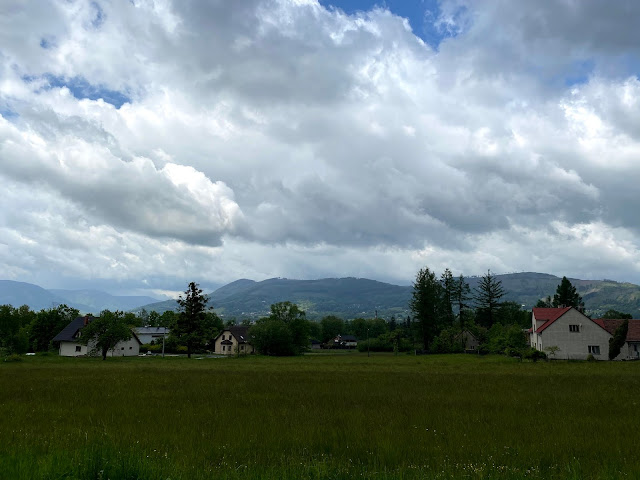 But for today...it feels sad. And there's nothing wrong with sitting in that emotion for a little while. 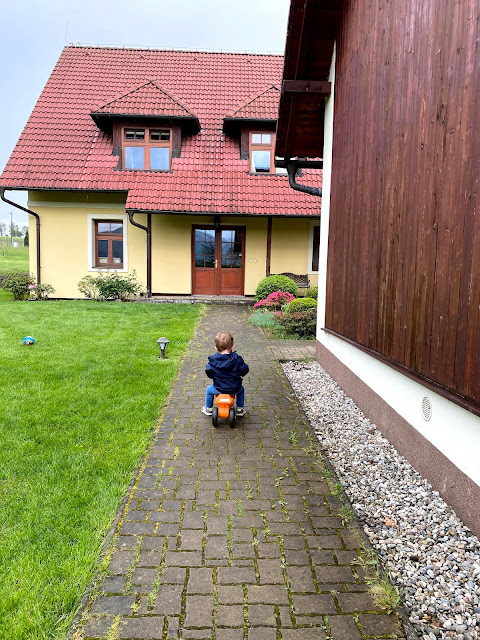