With the clock ticking down towards a flight home to Czech on Friday, I'm taking any available moments to be with Tyler, Lara and Judah. 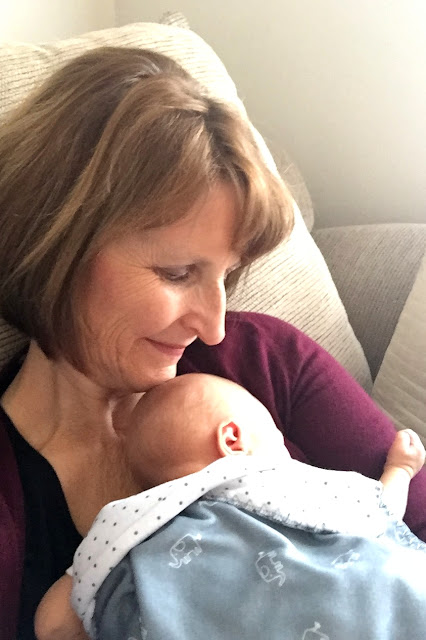 Time with Judah today meant a three hour nap taken while resting on his Nonnie, giving his parents a chance to nap too. 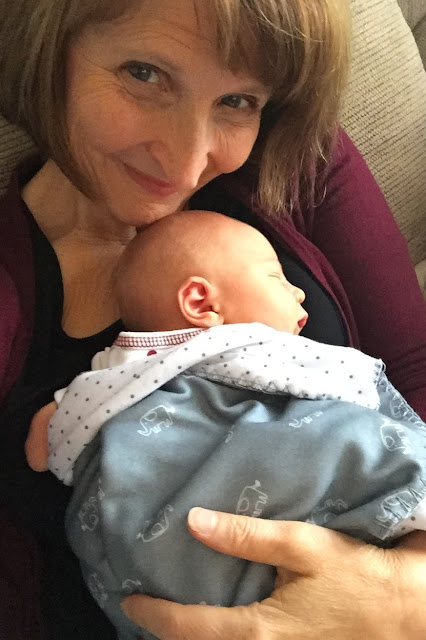 Speaking of that name, Nonnie, I wanted to share the background on it. Back in June when I found out Tyler and Lara were having a boy, I mentioned then that I'd chosen a name I hoped to be called by my grandkids.

Why that name though? 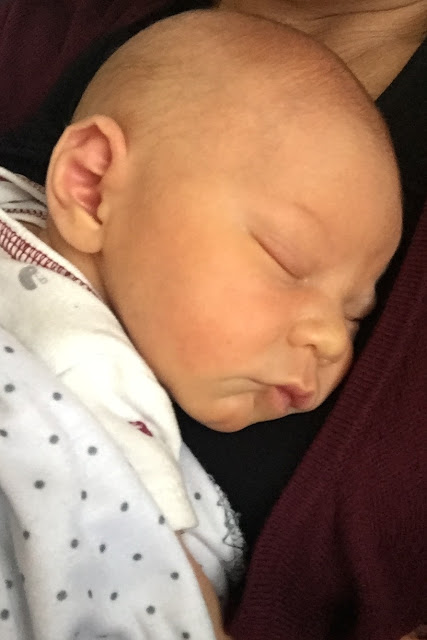 And then I had a Grandma Susie. She was a great grandparent too.

I didn't see her often as she lived in California. But she sent me birthday cards with a dollar each year, and I liked saying her name - it always sounded so friendly. While I remember her as a warm-hearted woman, it was oddly her name that made more of an impression on me rather than her actual presence.

But this is what began my search for a special name. I wanted a unique name like she had. 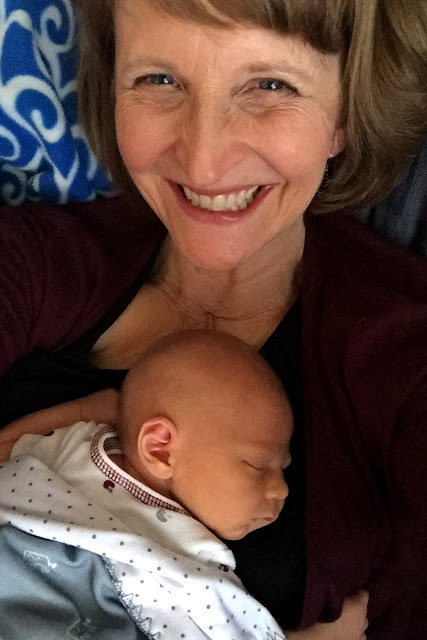 I tried out various ones, even suggesting to my kids that I too could be "Grandma Susie". They didn't think much of that idea though since that doesn't happen to be my first name! :)

A few years ago a new JV family moved to Czech, and stayed at our house while they searched for housing. Their 15 month old daughter is the one who first called me "Nonnie", as an attempt at saying my name.

While she eventually learned to say my name, that cute little version stuck in my head. And when it came time to think about a "grandma name" that's the one that I liked best. 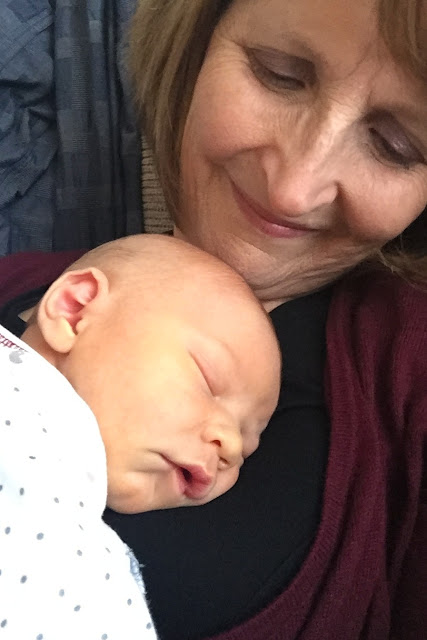 Now it's entirely possible that Judah will call me something else! Kids don't always follow our best laid plans.

But I'm hopeful that all my whispering in his ears during these days will keep "Nonnie" in his heart, and that he will indeed call me that as he grows up. 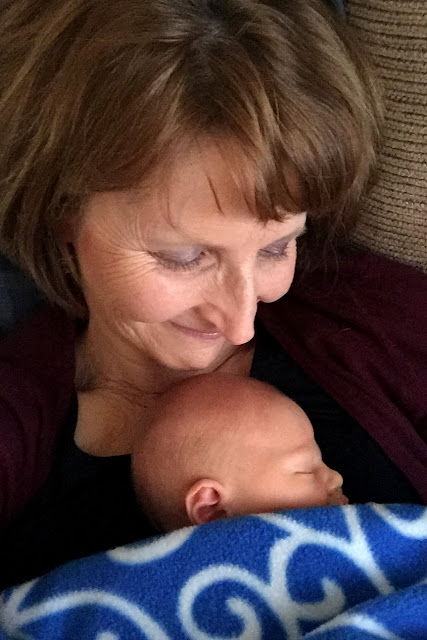 After I chose that name, and asked our kids if they'd be willing to let me have that name, we had to come up with something fitting for Dave as well! After trying out various possibilities, we settled on Papa for him.

So Papa and Nonnie it is! 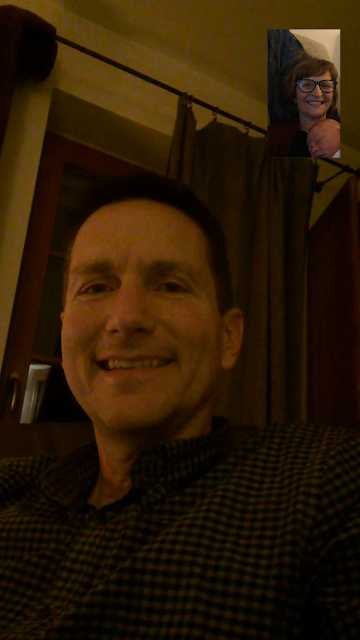 Today we had our first Papa and Nonnie visit, via FaceTime!

More often it will be Dave and I on one screen, and Judah (and his parents!) on the other. But for today it was a joy to hold him in my arms while he slept and chat with Dave who is home in Czech.

Judah doesn't really know that this was his first Papa and Nonnie chat since he was asleep. But we'll remember it for him.

And hope for many more chats like it in the future!
Posted by Unknown at 11:30 PM