Josiah Venture's spring conference tradition started 20 years ago, when we were a small team of around 22 missionaries and 15 JV kids, serving in two countries. We'd had retreats together at various times throughout our first few years of ministry, but made a decision in 1999 to gather each May for a family Bible conference.

Before tonight's evening program I stepped into the tent (we've long since outgrown our largest meeting room at Malenovice) where later on around 195 adults will gather, while 150 kids will be with 24 childcare workers in their own programs.

Yes it's quite a different story than it was 20 years ago! 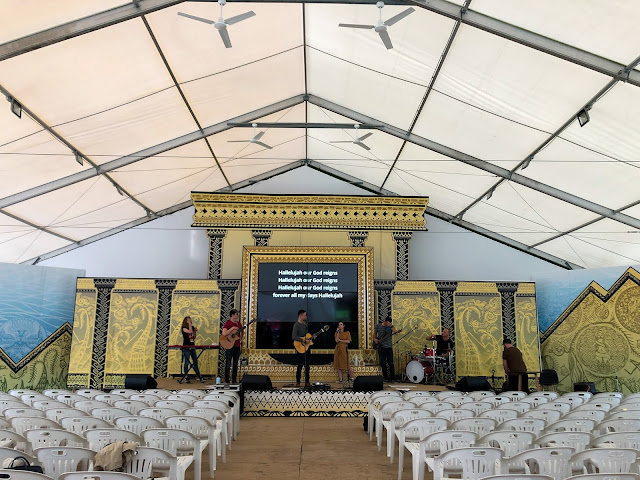 Our Communications team has been SO hard at work, preparing everything from a special conference book to this amazing set that we'll enjoy all week as we dig into the theme of "No Other gods".

They have definitely helped to set the tone for what's ahead! 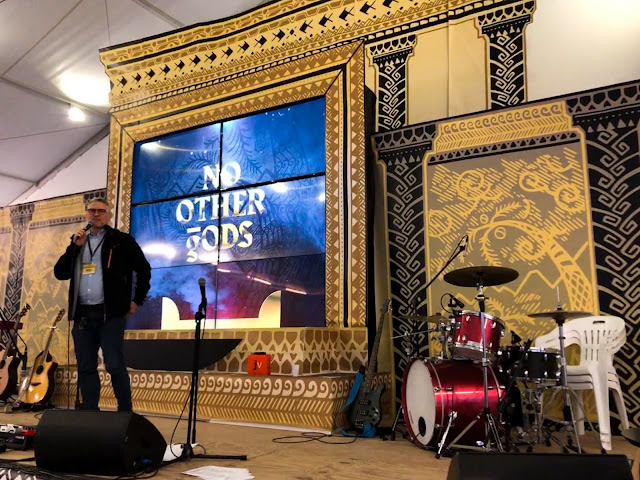 We greeted many new staff members tonight as the program started, asking them to stand to be introduced. 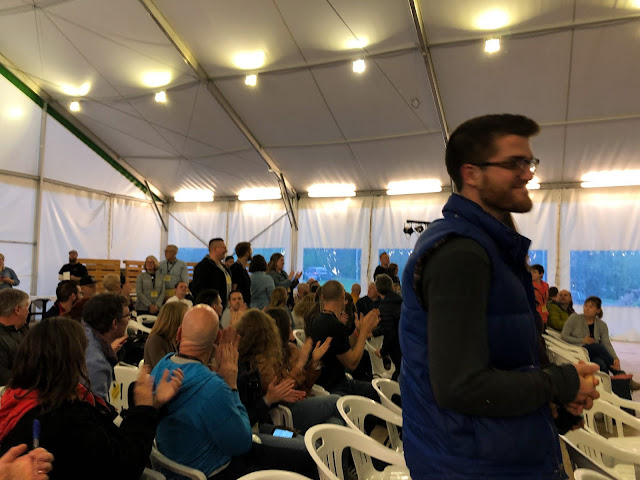 This conference is primarily for our "second culture" families - that means adults and their children (who are third culture!) serving as missionaries in a culture other than the one they came from.

In the fall we'll have our annual training conference, which includes all of our first culture (those serving in the country they were born in) and second culture missionaries, but not children.

With 360 full time missionaries on our team, we never all meet in the same place at the same time as it would be difficult meeting all the needs of all the people (and children) if we tried to do that! 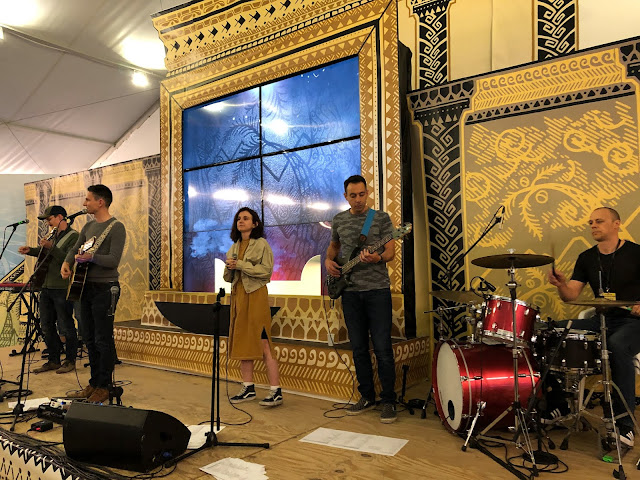 Our first evening program tonight began with worship led by Tyler, our son. Our other son, Caleb, joined him, along with Shelby on keyboard, Anissa as a vocalist, Johnny on bass and Matt on drums. All of these gifted musicians are JV missionaries. Worship with them was pure joy tonight!

Dave began the first of 8 sessions that he'll teach this week on the theme of "No other gods". He started tonight with "Why worry about false gods", talking about how our one true God is a jealous God who wants our whole hearts to belong to him. 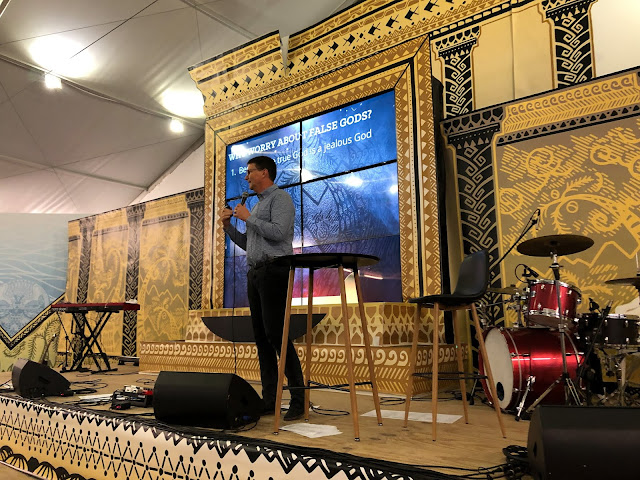 And that idolatry is a major theme of the Bible, though we don't realize that today we are as susceptible to it as they were in Old Testament times. If there is any area of our life that has coldness in it towards God, that's most likely an indication that there is something standing in the way, an idol, that keeps us from true worship of God.

He ended the evening by saying, "Any time you can find and remove an idol, it will result in unexpected release and blessing for you!"

And added, "Don't be thinking you don't want to find an idol! You do! Nothing but good will come from being shown your idols. Pray that this week will be a watershed time where you confess, demolish, and repent of anything that has stood in the way of truly worshipping God!"

This is a sober topic; but also one that could result in God returning to his rightful place in our lives! I'm looking forward to it so much.
Posted by Living By Lysa at 11:51 PM