When Claire and I met up with our JV teammates yesterday to get instructions for the Amazing Race for our summer interns, we found out that our first station was at the airport where they were all arriving into.

So that's where we headed this afternoon! 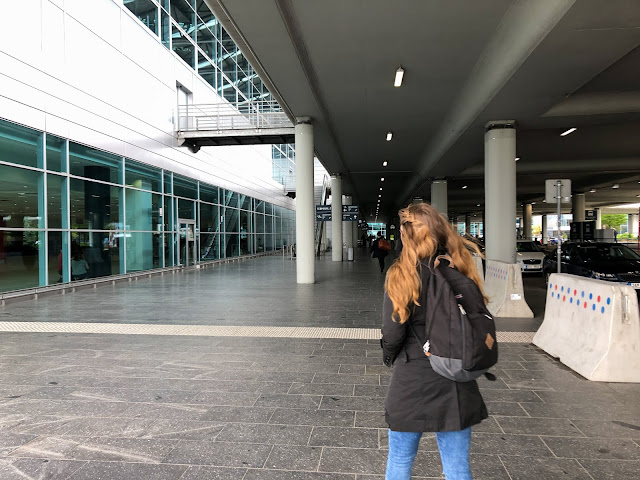 Some of the interns had already arrived, as well as some of our teammates! 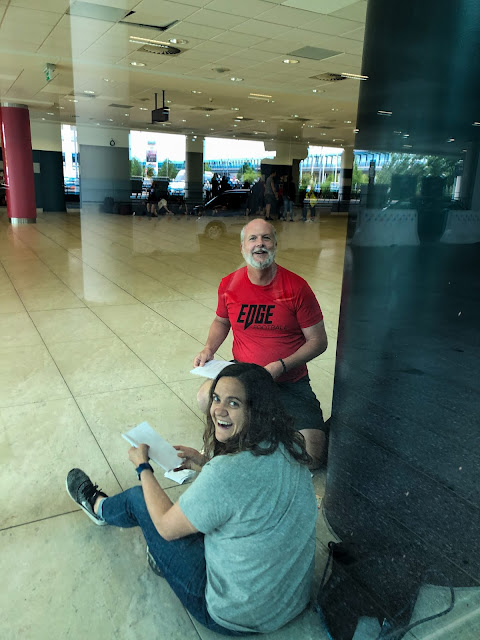 It was CRAZY to see the whole bottom section of Terminal 2 taken over by interns and staff! We laughed and said that it was almost like this space was made for large groups to meet in since there's nothing else in this part of the terminal. 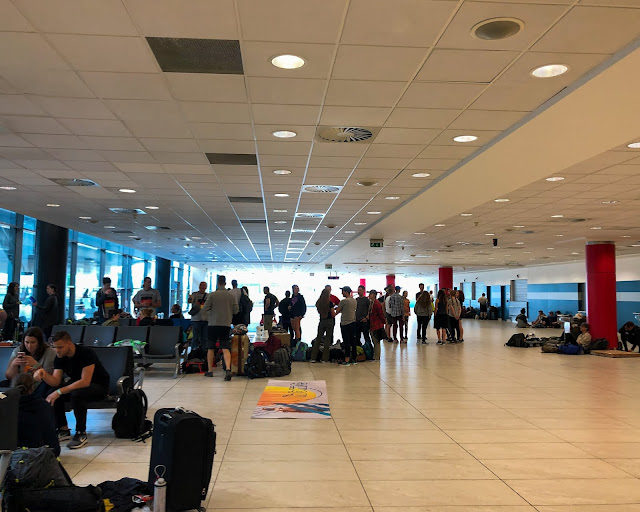 Some interns have been here before, but a majority of them are here for their first time, meeting up with the teammates and leaders they'll be serving with this summer; often they don't know anyone on their team.

How I loved seeing so many intern teams praying together before the race begins! 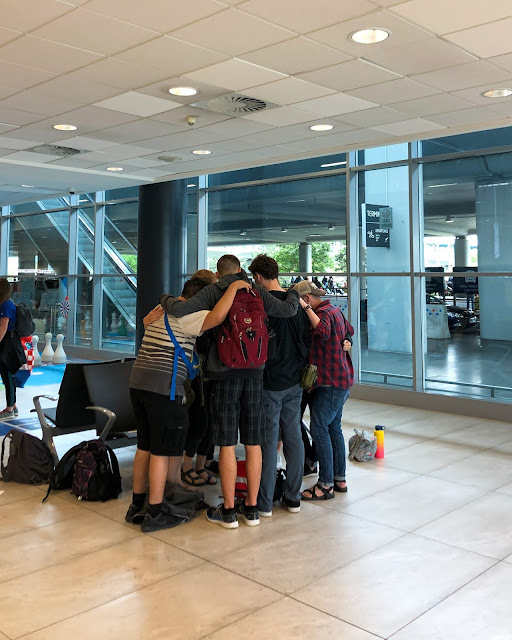 And who else should we meet up with??? 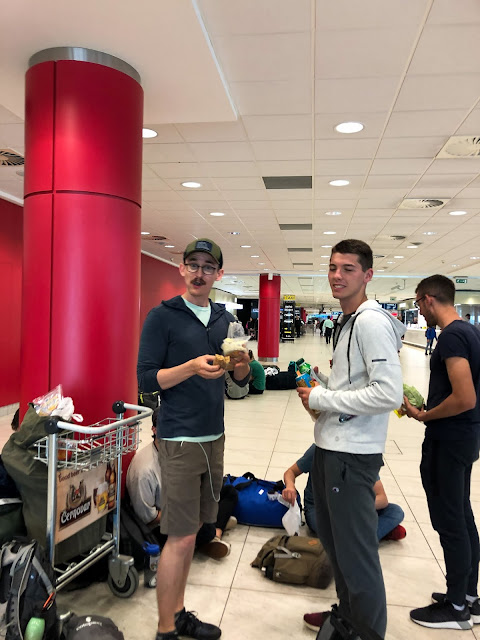 Caleb and Haley drove up from Albania two days ago, dropping off Haley and Charlie in Bratislava with her parents, while Caleb and his Albanian intern, Joni, took the train to Prague to meet up with their other interns coming from the States.

It was nice to be reunited with Caleb here! 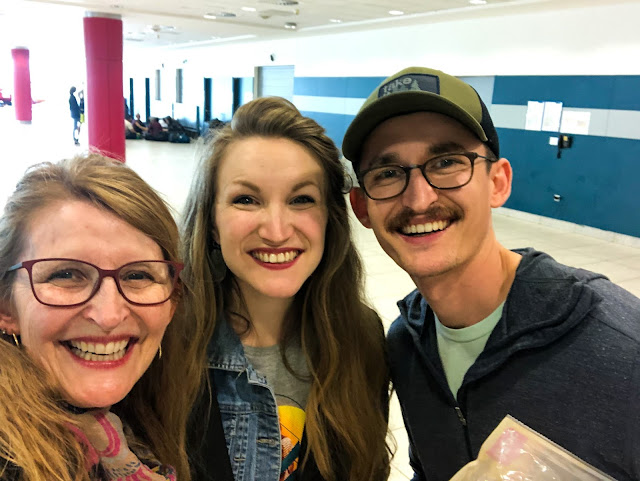 Funny thing...the last time I was at the Prague airport with Caleb was in January 2013. I wrote a blog post called "Changes", saying towards the end, "...it's not possible to know what all will transpire or when he will set foot on Czech soil again." It was a few years later that he came back to visit Czech (with his wife!), but this is the first time we've met up here at the airport in 6 1/2 years!

Back to the Amazing Race! 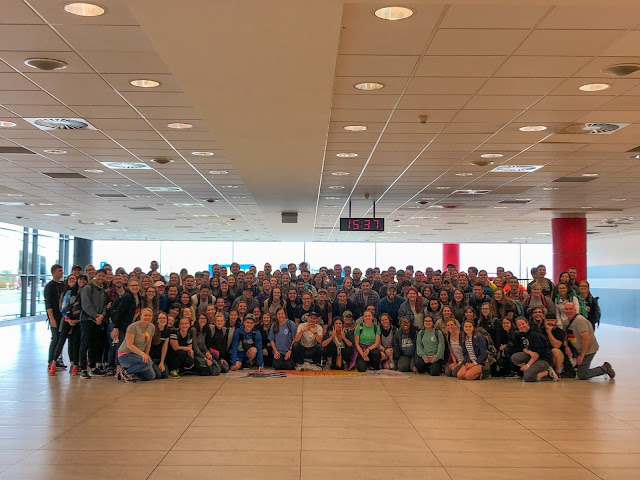 Praise the Lord, by 3:30 PM all the interns (and their luggage!) had arrived from the US and around Europe, and the race could commence. 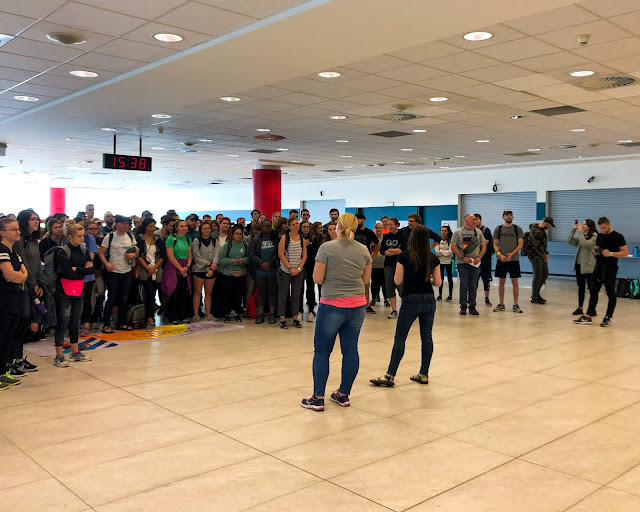 Rachael and Zuzi gave them guidelines and instructions for the days ahead, and then they were off! They first had to find Mike, one of our JV staff, to get their first clue, and then they headed our way! 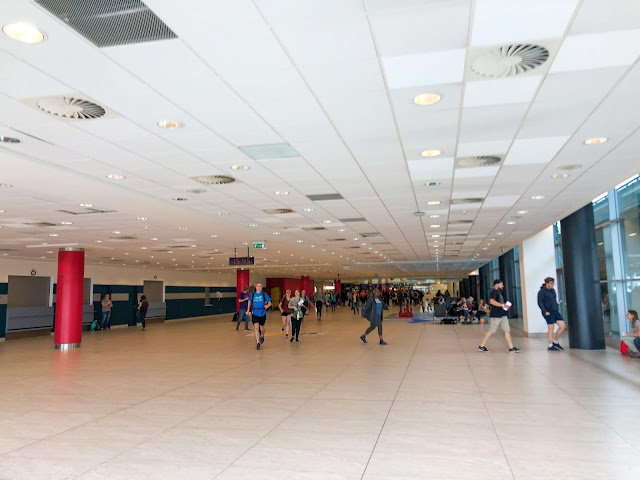 Their first task on the Amazing Race was to choose a category and answer all ten questions. Once they'd answered, they could come to us for the answers. For every wrong answer, they were docked a two minute penalty before they could leave to go on to their next task. 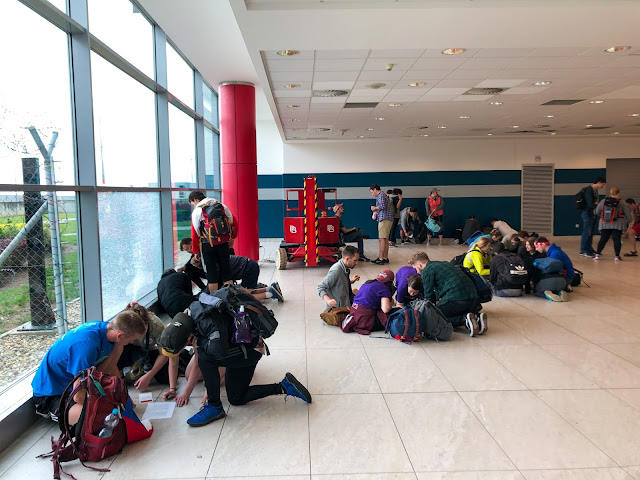 No one got every question right, but there were a few teams who got almost all of them wrong, which resulted in long time penalties. But everyone had a great spirit, and by 4:30 everyone was off to look for their next station! 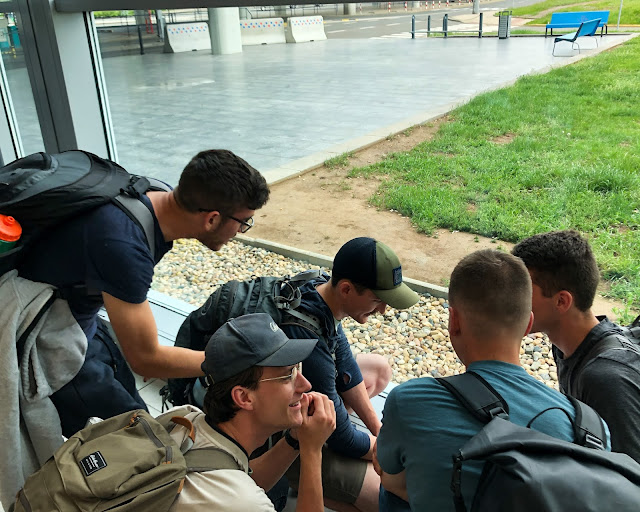 Caleb's team had only a couple answers wrong so weren't delayed too long...except for mom to take a team picture! 🤣 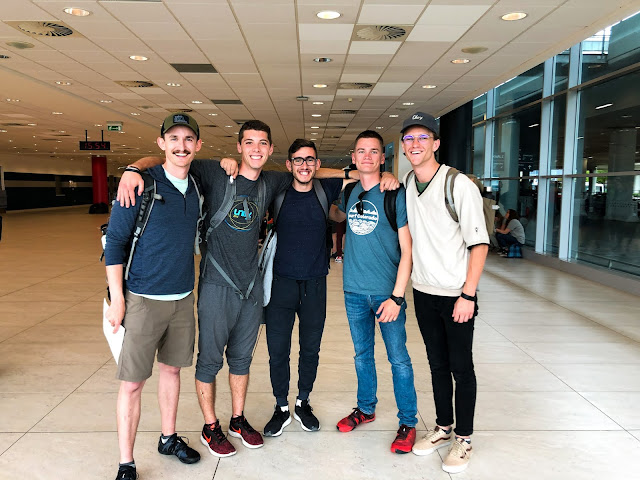 It's hard to describe how much joy it gives me to see all of these interns here, ready and eager for what God has for them!

My life was completely changed by God's work in my heart on a summer mission's trip 35 years ago. So I know well what God can do in a person's life in just three months.

I'm sure glad he changed my life direction as a result of that summer long ago! 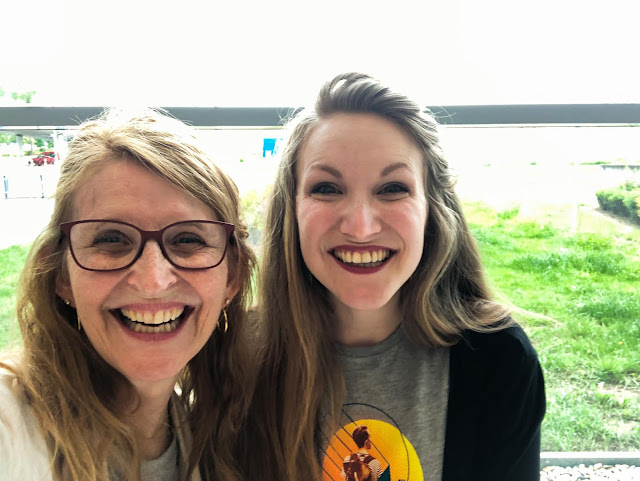