When we stepped out of our hotel this morning and began to walk to our first destination, I was surprised by how Istanbul looked on first glance! 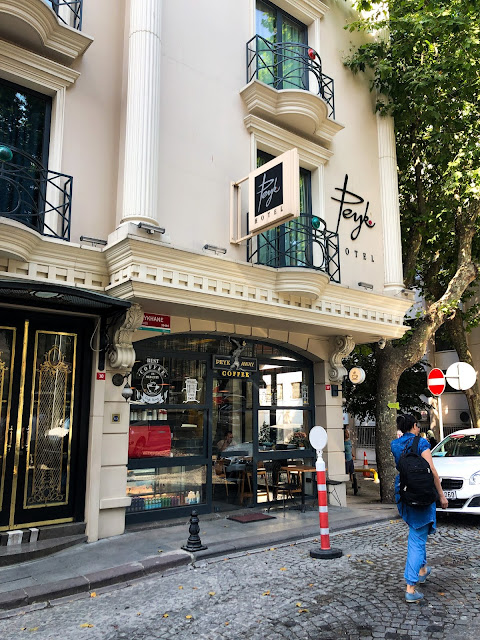 Cobblestone steps reminded me of Europe, as did the nice coffee shop on the corner, and iron balconies on the buildings.

But then, just a few steps further, you find run down buildings with rugs for sale, hanging out on them. I think this is more what I pictured! 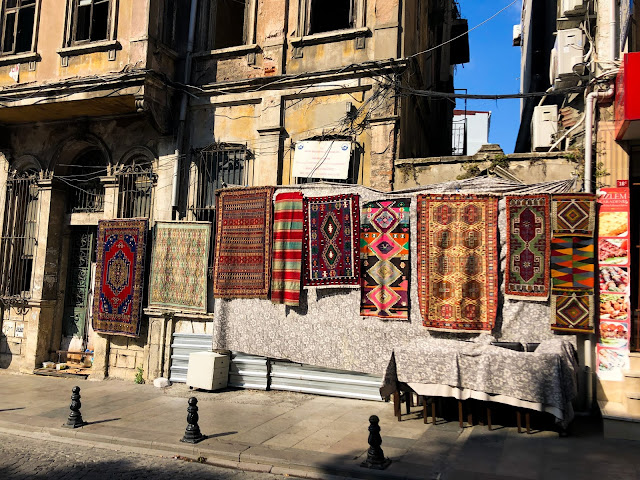 For sure, this is definitely a crossroad between Europe and Middle East/Asia! 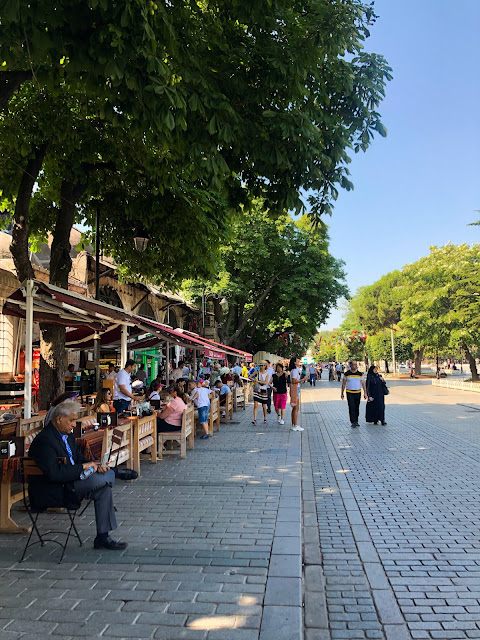 There is so much history here, way too much to absorb in just a few hours! But it's very cool to see. 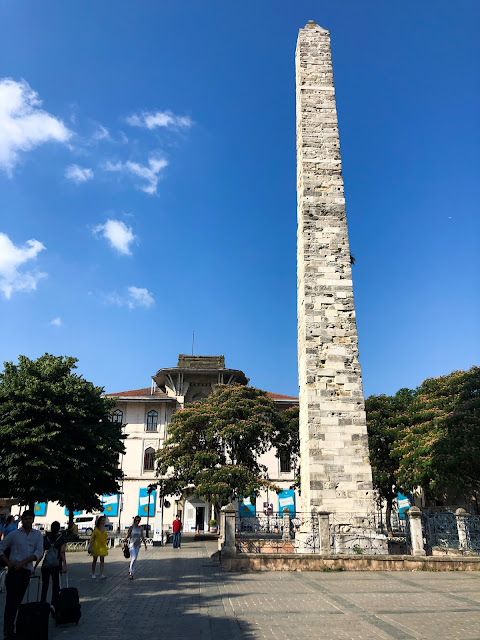 With our guide, we walked through the Hippodrome of Constantinople, located in Sultanahmet, which was once a public arena for chariot races!

From there we went on to the Hagia Sophia, formerly a Greek Orthodox Christian built in the middle ages, 360 AD. Later it became an Ottoman imperial mosque and now is a museum since 1935.

At the time it was built, it was the world's largest building and the epitome of Byzantine architecture. 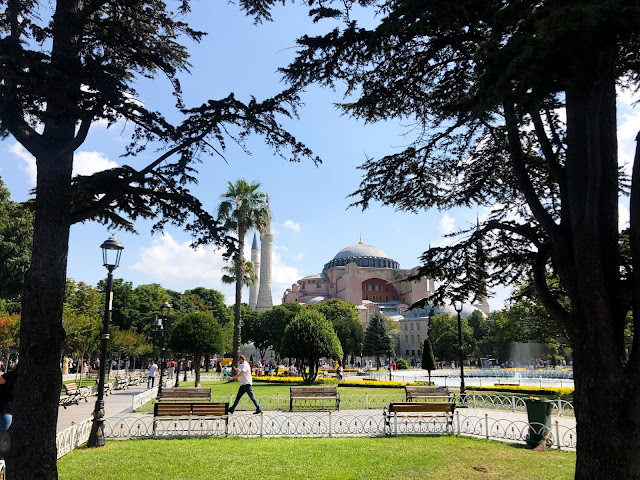 This proved to be a great spot for a group photo (though we were missing one of our women who was down with some sort of stomach flu or food poisoning). 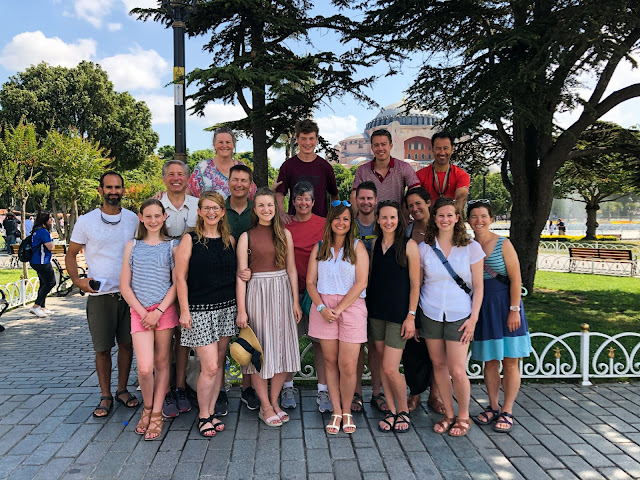 Thanks to our guide, we breezed in past the long lines, and wandered through this massive building. 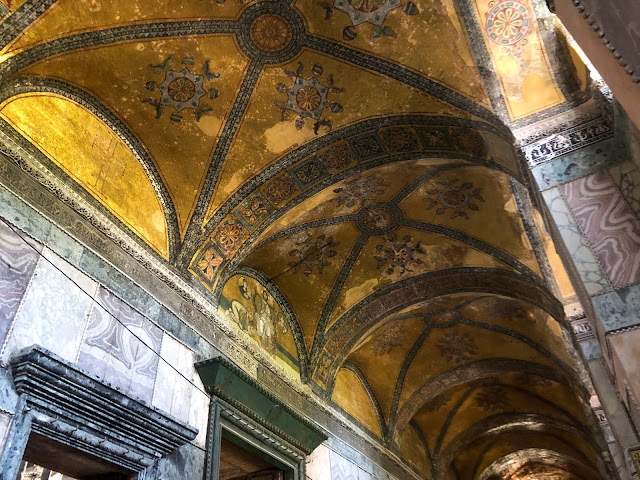 Sorry to say, my brain just couldn't absorb anymore information at this time, so all I could do was take in the beauty of what once was the largest Christian church in the world for nearly 1000 years! 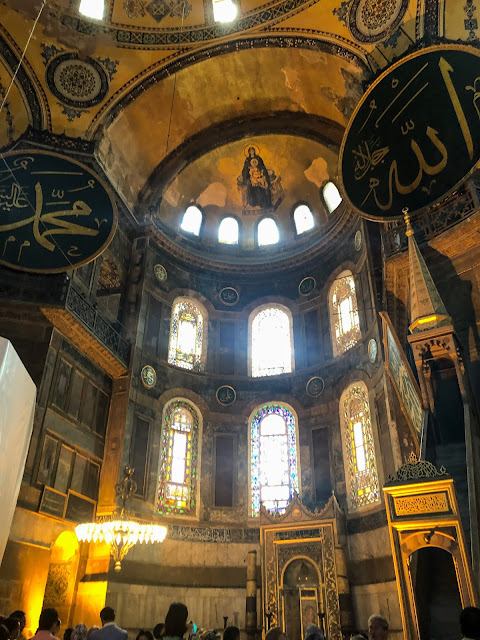 The art is spectacular, as are all the mosaics throughout the building. 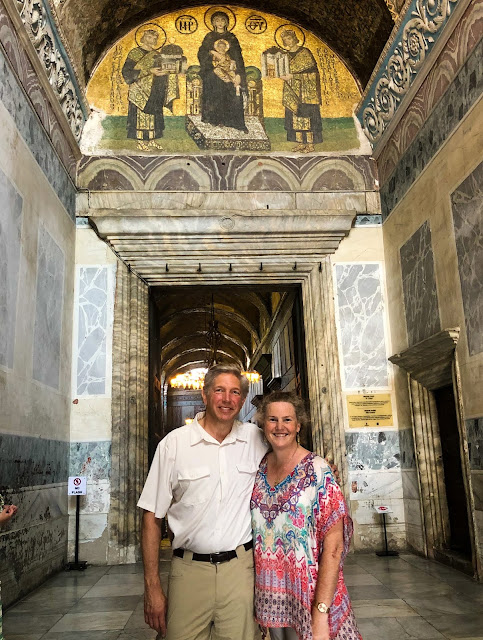 After touring, we had a few hours of free time during which Dave, Claire and I went to visit the Grand Bazar of Istanbul. 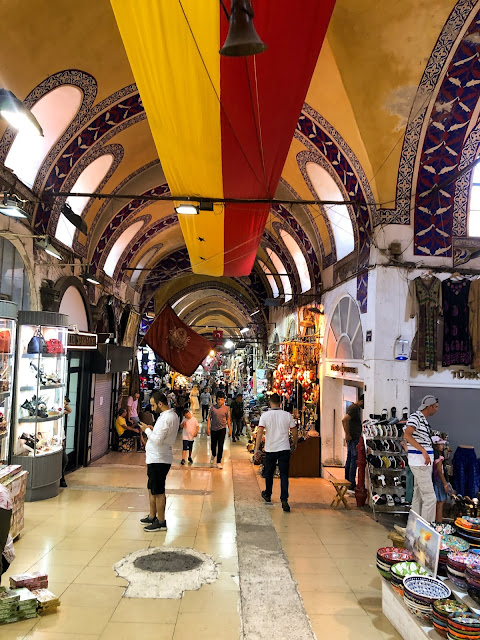 With over 4000 shops, there is literally something for everyone here! 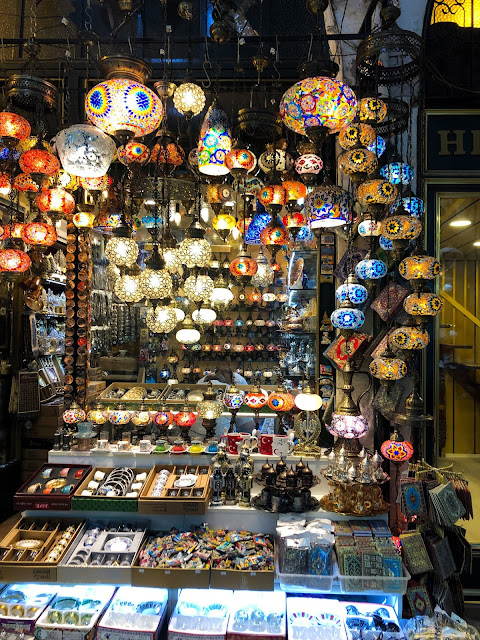 But mostly we just wanted to see and experience it together since it's one of the oldest and largest covered markets in the world. 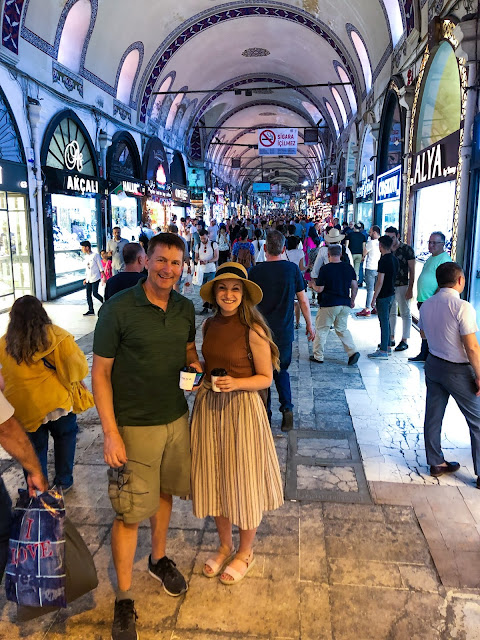 I bet you're not surprised that we found coffee in here too! 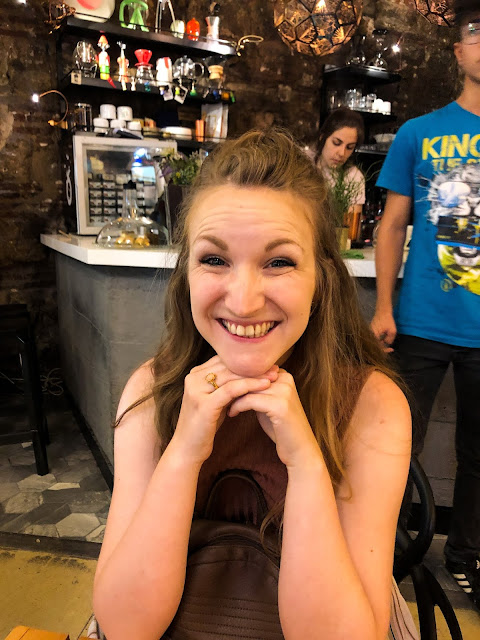 It was nice to sit and drink the best cup of coffee that we've yet to have in Turkey, and begin to process this amazing trip! 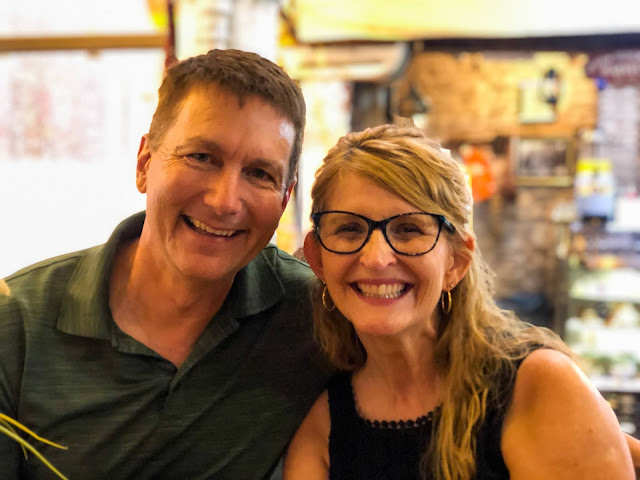 My heart is so full of wonder at all we've seen and done on this trip. I want to keep soaking it all in, and not miss one bit of it!

Glad we still have the evening ahead of us before we finish up tomorrow morning and head for home,
Posted by Living By Lysa at 9:30 PM