Back in 1984, during my first summer of ministry with Malachi Singers, we sang a Steve Camp song called, "Living in Laodicea". 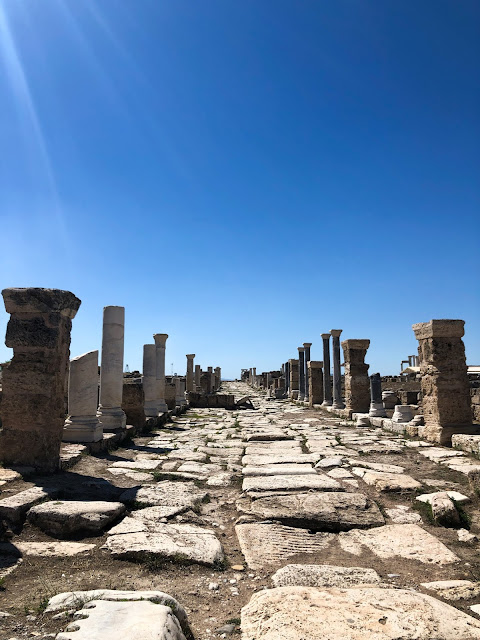 "I've been living in Laodicea, and the fire that once burned bright I've let it grow dim; And the very One I swore that I would die for, oh, has been forgotten, as the world's become a friend..."

I didn't know much about Laodicea, except that it had been written about by John in the book of Revelation; but what I DID know was that I didn't want to be that kind of Christian. I remembering vowing that summer to stay "hot" in my faith, rather than ever letting my fire grow dim. 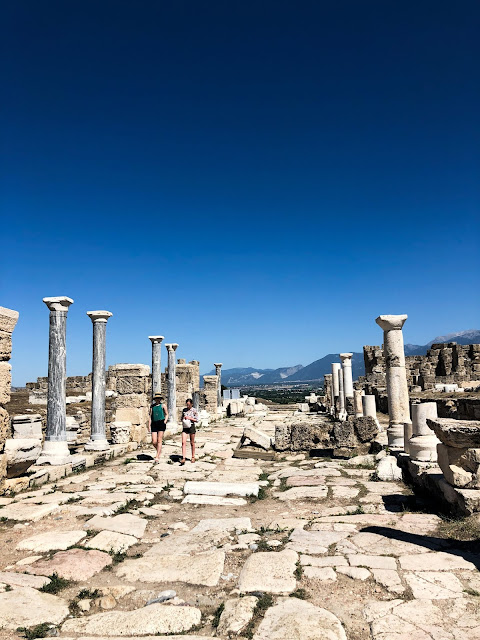 Those words  of Steve Camp's are ringing through my head today as we walk the streets of the real Laodicea! 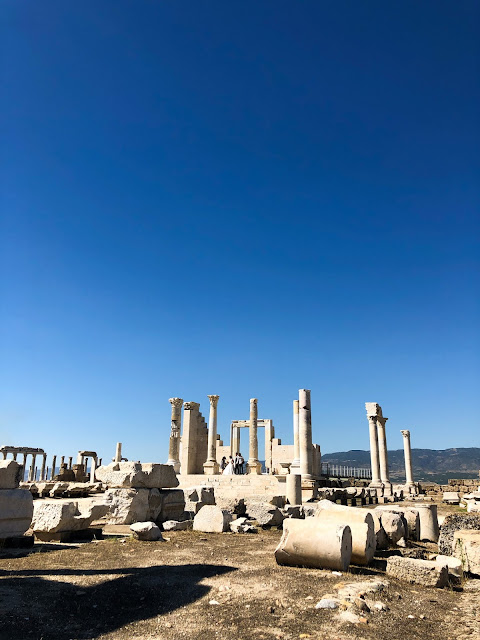 The ruins of this one time seat of Christianity are quite impressive. Although destroyed by an earthquake in 5th century AD, there is still much to be seen, thanks to extensive excavations here since the 1960's. 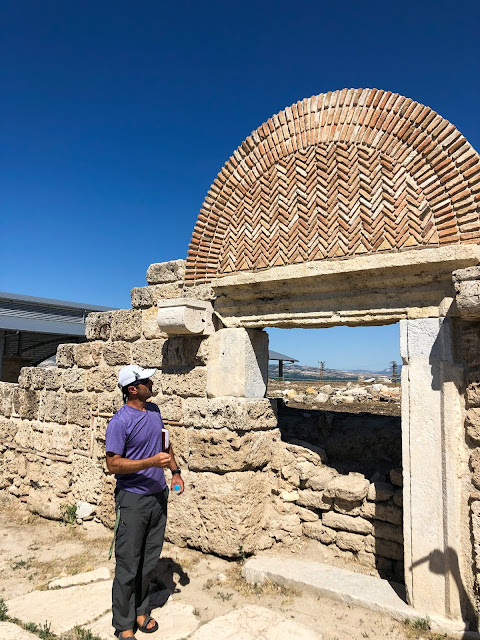 The mosaics are absolutely fantastic! 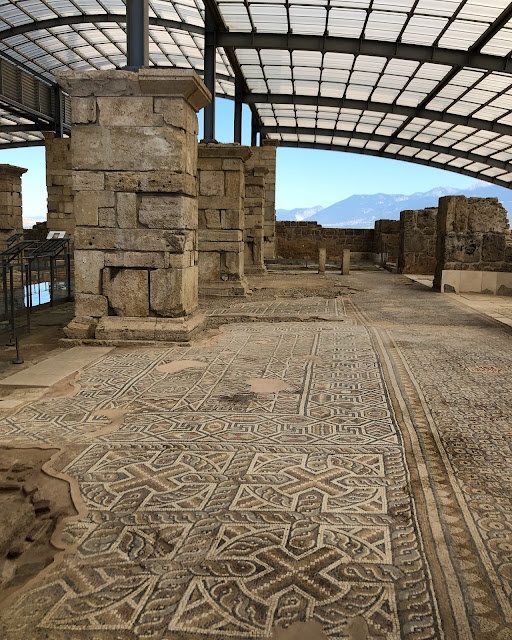 And they've uncovered mosaics on top of mosaics! 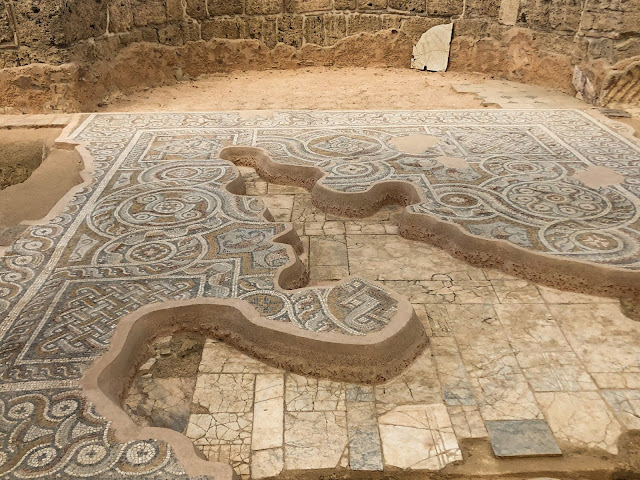 They've also uncovered an altar from a synagogue, as well as a baptistry in an extensive area of buildings. 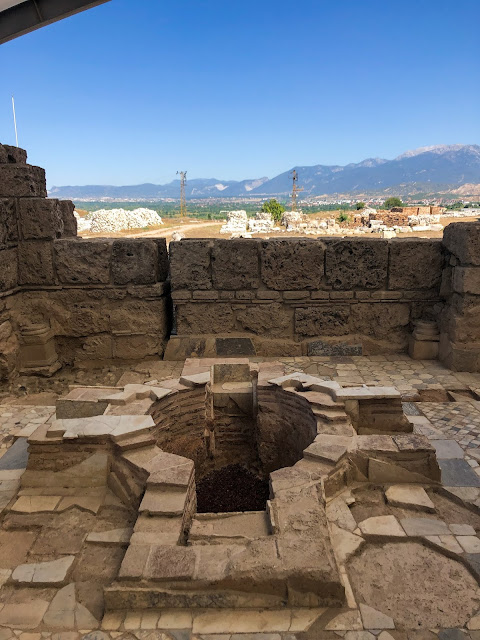 Not to mention fragments of mosaics that were found near the baptistry! 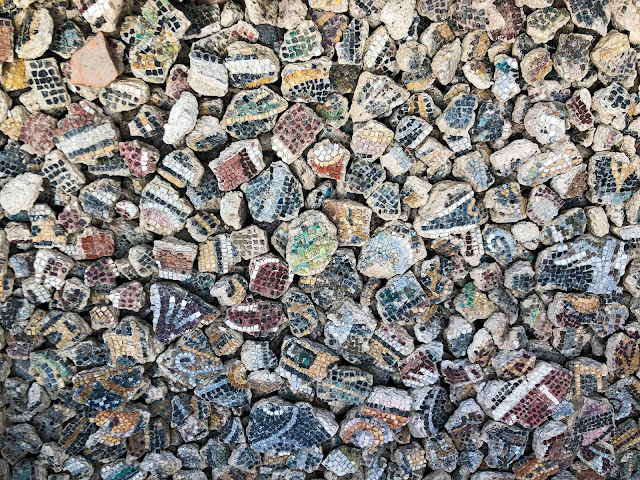 Imagine the fun that archeologists have had working here, uncovering all of these treasures! 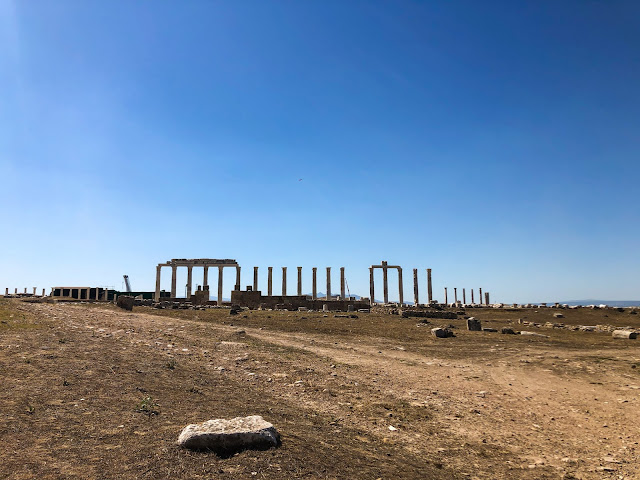 There is not only one theater located here... 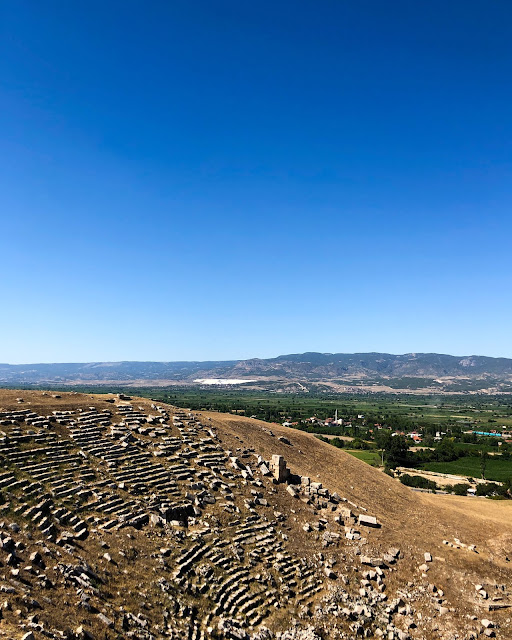 But two impressive theaters, one of which dates back 2200 years ago (the one above). 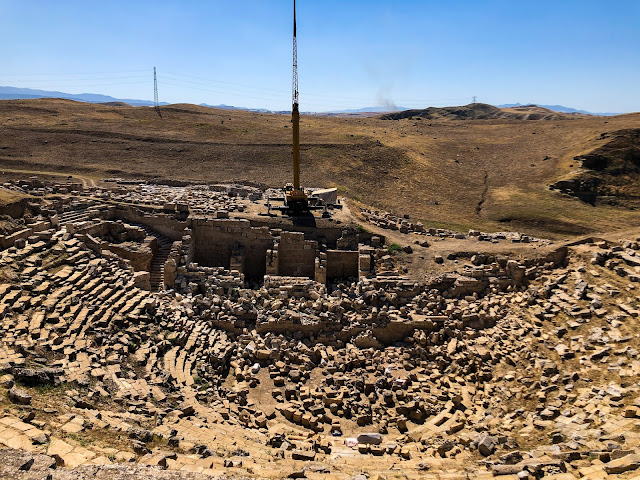 The extensiveness of this city is quite overwhelming. 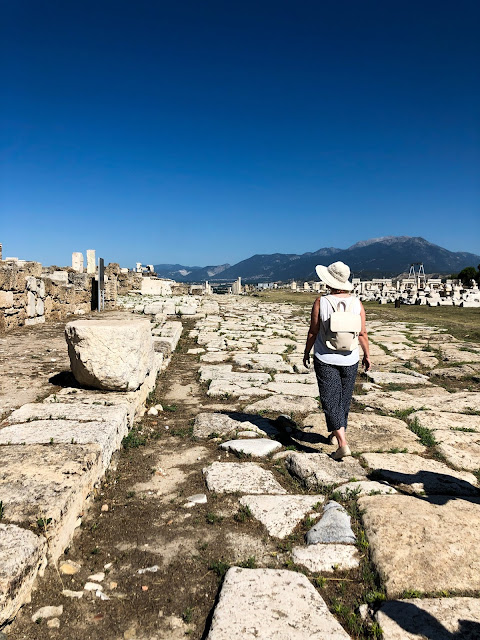 It truly must have been incredible city when it housed its approximated population of 80,000 people.

We gathered in one of the only shady areas for teaching this afternoon. 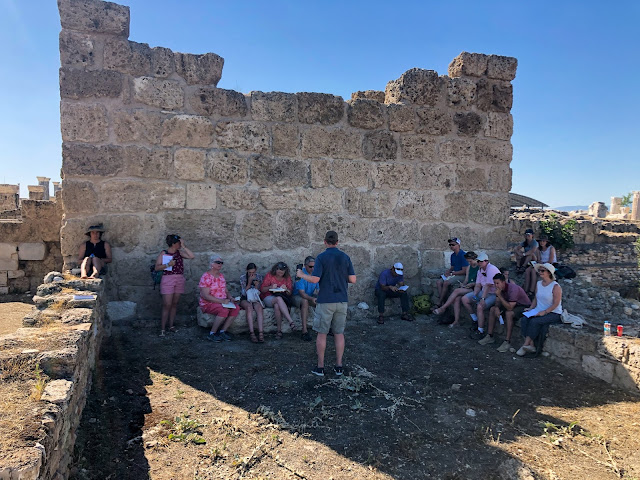 Dave appropriately titled this talk, "The Gospel and Your Temperature", focusing on the problem of the early church in Laodicea that John addressed in Revelation 3:14-22. 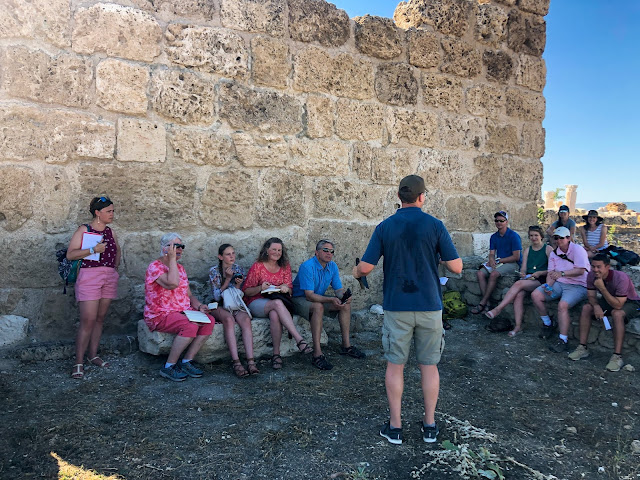 What a fantastic talk this was!

He talked about the four things John wrote about in the letter to the Laodiceans, that you need in order to stay "hot" in your faith: gold, white garments, salve for your eyes and dinner with Jesus!

Each of those things related to actual products back in the day of these Laodicean believers. This area was known for their banking, textile industry and medical centers. So John was relating those things in the physical world to what they needed in the spiritual world!

Gold: refined faith
White garments: the righteousness of Christ
Salve: so their eyes would be opened to the spiritual world.

And dinner with Jesus? That when he knocked at the door, they would let him in!

And if you pursue those things, you not only stay hot in your faith, but get one more thing: sitting with Jesus as he reigns on his throne (verse 21)! 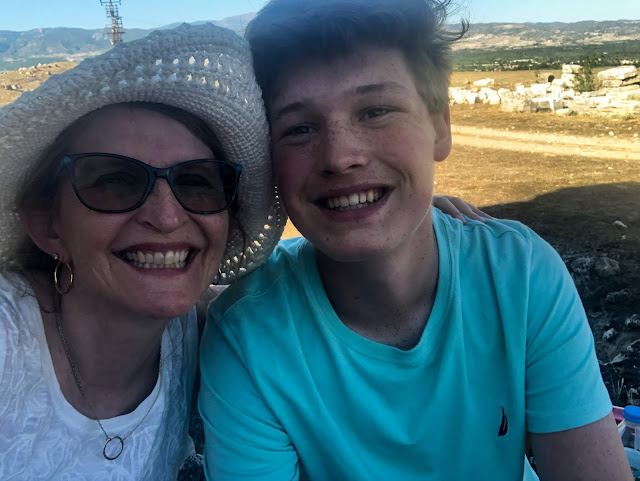