After the incredible hot air balloon experience early this morning, we gathered together in this pretty cottage at our hotel for teaching with Dave. 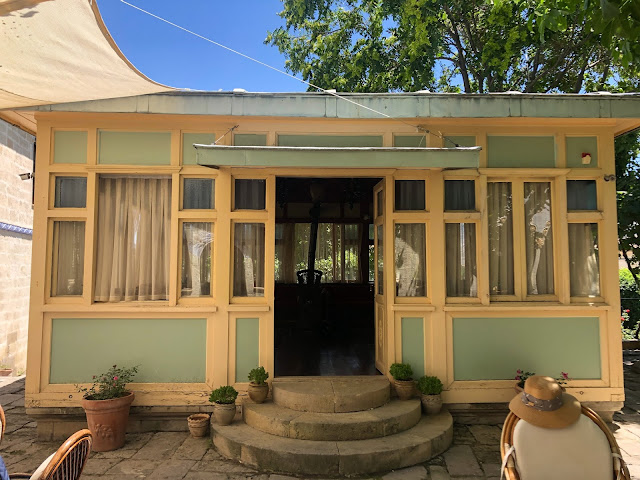 Throughout the trip he's been teaching on the theme of the Gospel and its power to transform.

This morning his topic was "The Gospel and the Voice of God". 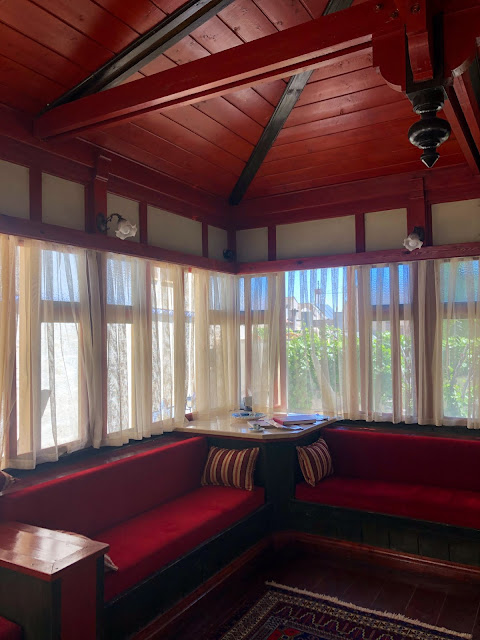 Beginning in John 14, he talked about how the voice of God comes to us. In that chapter Jesus says that the Father would give another Counselor to be with us forever - the Spirit of truth. The Spirit is called "parakletos", literally meaning the one beside me who calls. 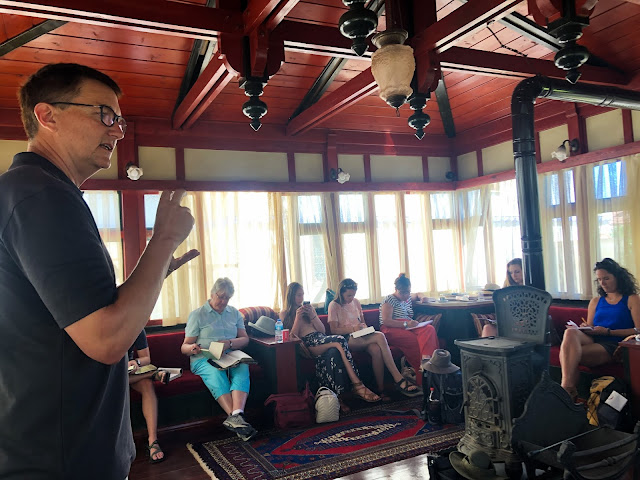 He went on to say that there are three things we can expect from the Spirit: that He will teach and remind us of things, that He will convict us, and guide us into truth.

From here he took us to the book of Revelation 2-3 (which now has such a different feeling since we were on the island of Patmos where John received it!). In each of the letters to the seven churches John follows a pattern in what he says: he reminds them of who they are, gives them encouragement and commendation, tells them his complaint against them, calls them to repentance, and gives them a promise.

Dave then gave all of us time to go listen to the Spirit, and let Him speak in the same way to each of us. 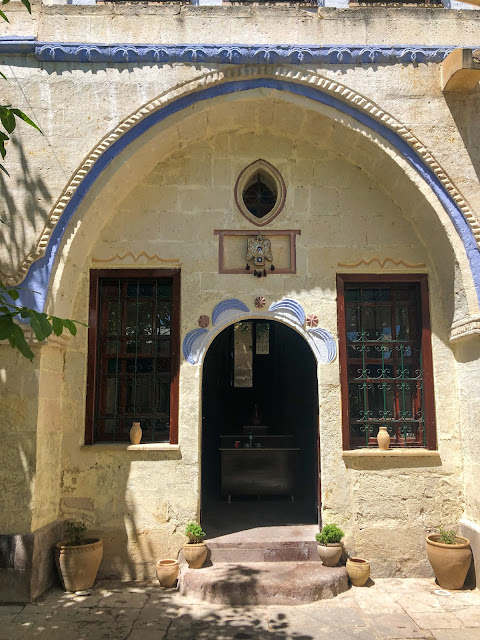 It is nothing short of amazing how the Spirit DOES speak!

I wrote five pages of what felt like dictation from Him. He told me who I am, what he's pleased with, what his complaint is about something in my life, and where I needed to repent. After I repented, He gave me promises from His word that were exactly what I needed.

As we left this beautiful part of Turkey, my mind, soul, body and spirit felt so refreshed! I'll remember these days for a long time.
Posted by Living By Lysa at 9:30 PM