This morning we journeyed to the ancient ruin of Sardis, one of the seven churches John wrote about in the book of Revelation. 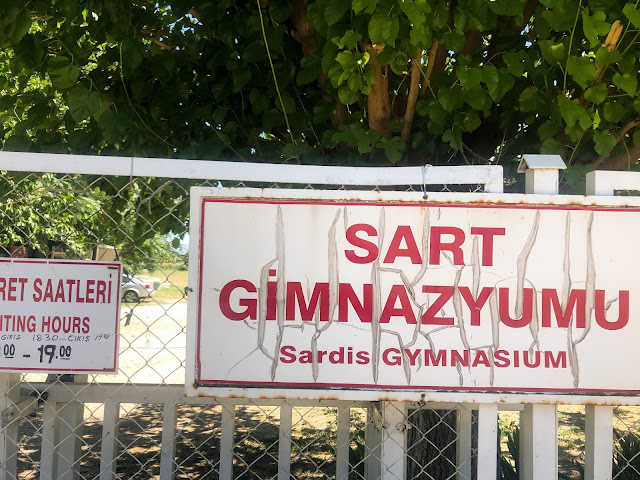 Sardis, the capital of the Lydian empire and one of the greatest cities of the ancient world, is where the first coin in all of history was made! 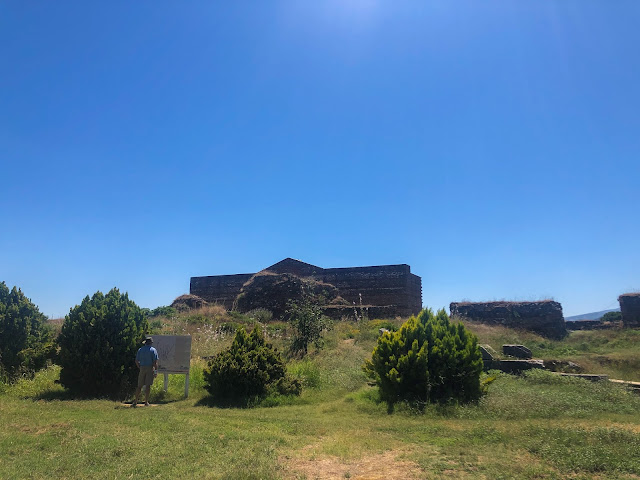 But there was also a vibrant community of believers here, though by the time John wrote about them they were anything but vibrant.

Traces of their existence lives on in the ruins. 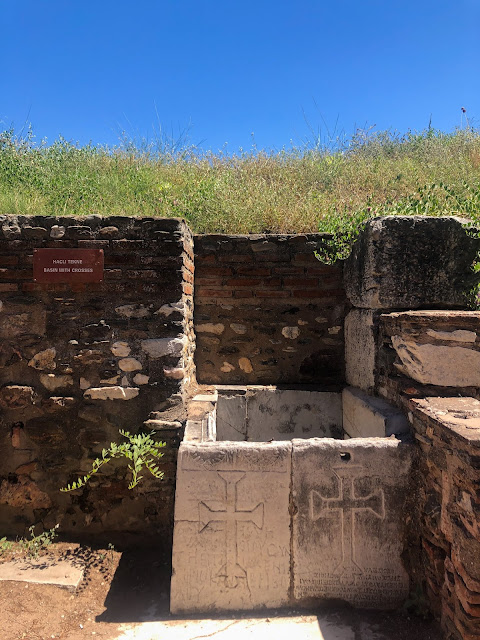 Sardis once boasted the largest synagogue of the ancient world! 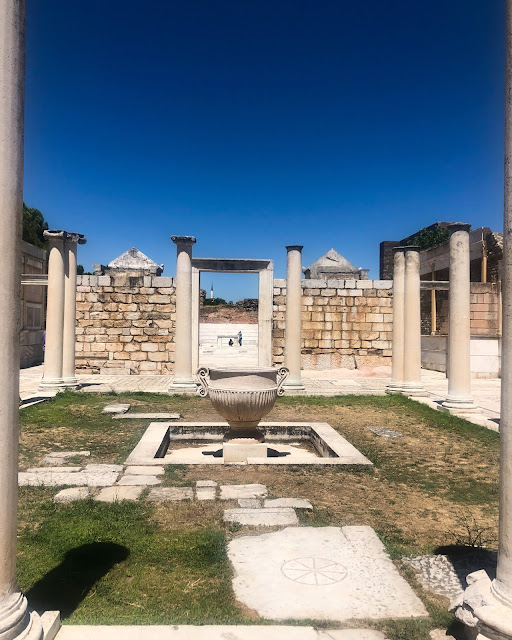 The synagogue was a section of a large bath-gymnasium complex, that was in use for about 450–500 years. 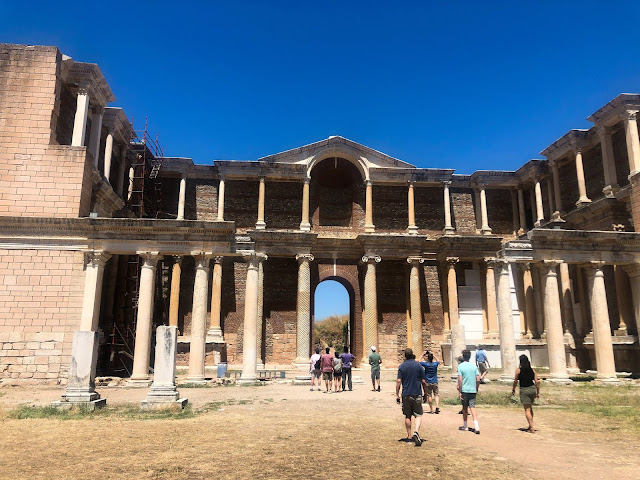 Much of this has been reconstructed, which allows your imagination to picture what this must have been like in its heyday.


It must have been a very impressive place back then.

Today it's quite hot so many of were wishing for that pool to dip our feet into to cool off! 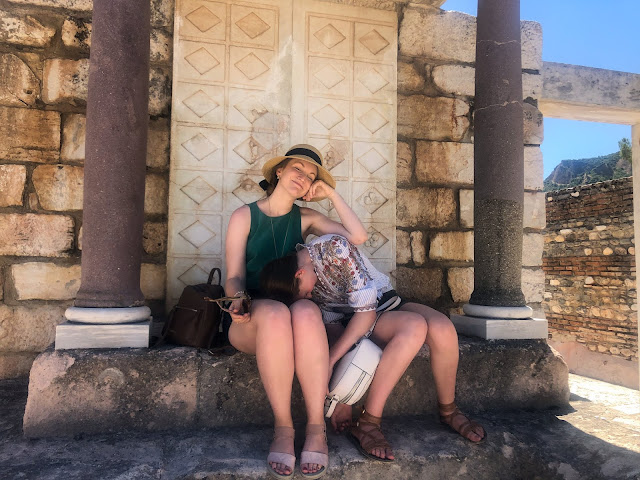 A few minute's drive away was yet another Temple of Artemis, this one the fourth largest ionic temple in the world. 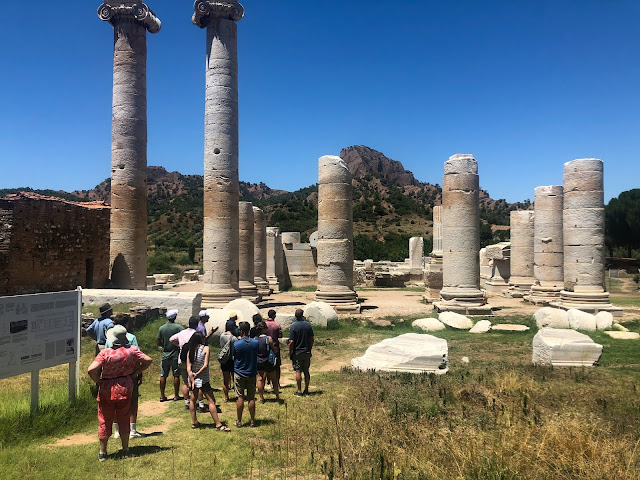 On the grounds of this temple are also the ruins of a small 4th century AD Byzantine church. Perhaps the influence of believers at the time, who heeded John's words in Revelation, brought some to repentance who chose to follow Christ wholeheartedly, causing the temple to be abandoned. We can hope so!


Nearby is a very small town with a local restaurant that our guide had arranged for us to have lunch in. 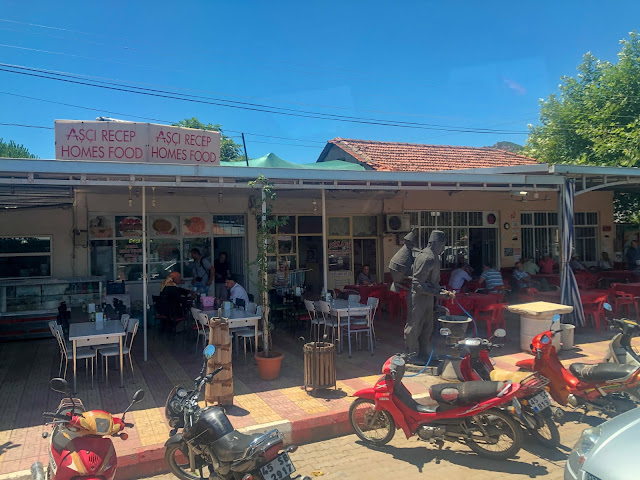 What a wonderful experience it was to be in very local culture! 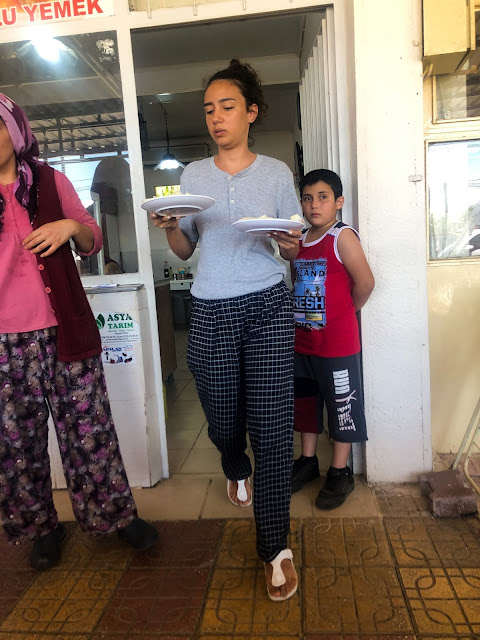 Lunch was excellent, with lentil soup, fresh tomato and cucumber salad, moussaka and bread (in the green bucket!) on the menu! 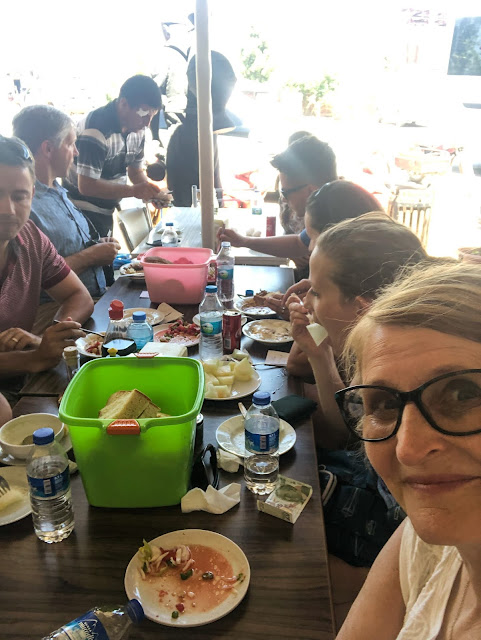 I don't think we quite blended in with the locals, but it was at least nice to eat alongside them! 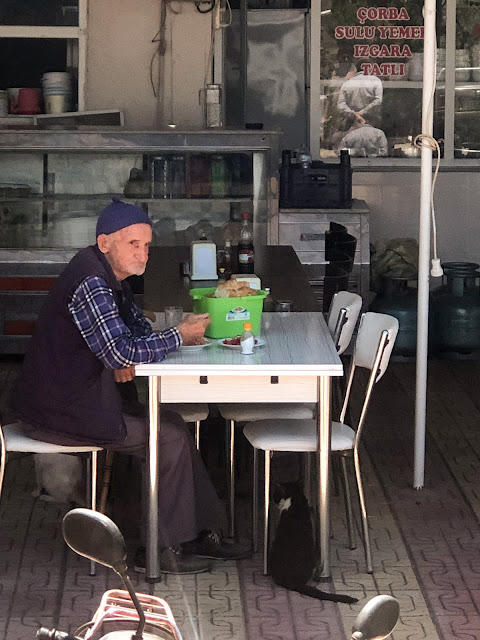