These two have known each other, and been friends, for more than FIFTY years! 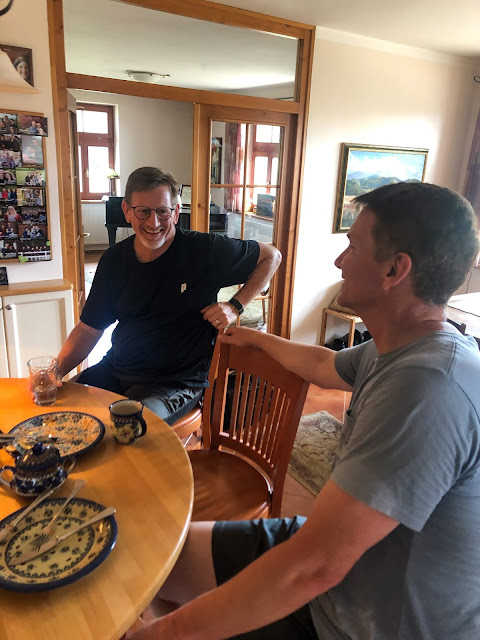 Dan and Dave's dads were part of the founders of OCSC (now Cadence International) in the 1950's. Fast forward to the 1960's, Dave and Dan met as young boys and a friendship was formed that has lasted over fifty years.

These two have shared friendship, ministry, family, and life in a deep brotherhood kind of bond, as well as beginning two full time ministries together - Malachi Ministries, under OCSC in 1985, and then Josiah Venture in 1993.

And that friendship continues to this very day, when Dan got in his VW bus at 6 AM in Katowice, Poland (where he lives) and drove over to our house just so he and Dave could go running together this morning at 7:30! 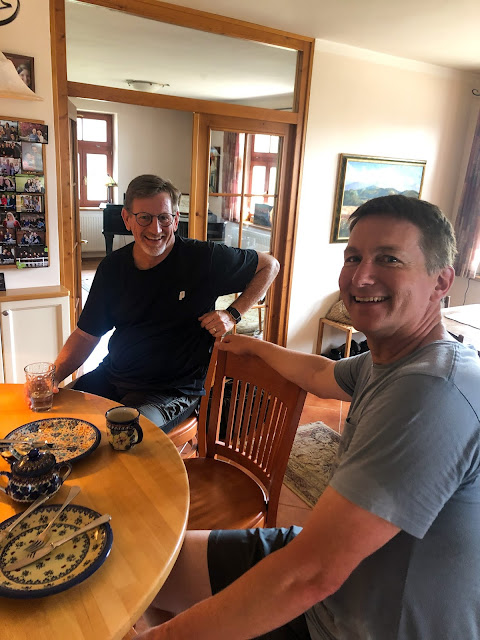 They clocked 11 kilometers, probably talking the whole time! Three hours later, after the run, breakfast and more conversation, they went their separate ways and won't see each other again until sometime in September (Dan and his wife will be in the States for a month).

Their deep friendship is such a strength to them, and a joy to watch all these years! 😊So thankful for Dan, and Laura too, for our friendship that has stayed constant and enduring.
Posted by Living By Lysa at 1:03 PM