Just because today is our travel day, going from Pamukkale to the region of Kapadokya, an 8 hour drive away, doesn't mean we didn't make stops along the way! 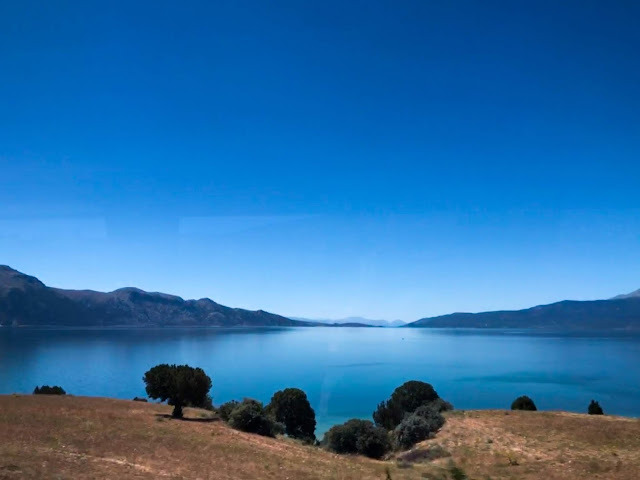 Pisidian Antioch was one of the places that Paul visited on his first missionary journey. 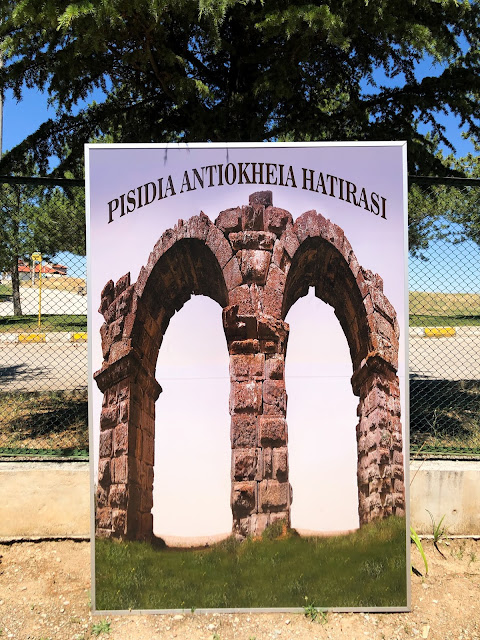 Founded in 280 BC, it was once a military colony, and a thriving city where the first "grid" system was used for the planning of the city. 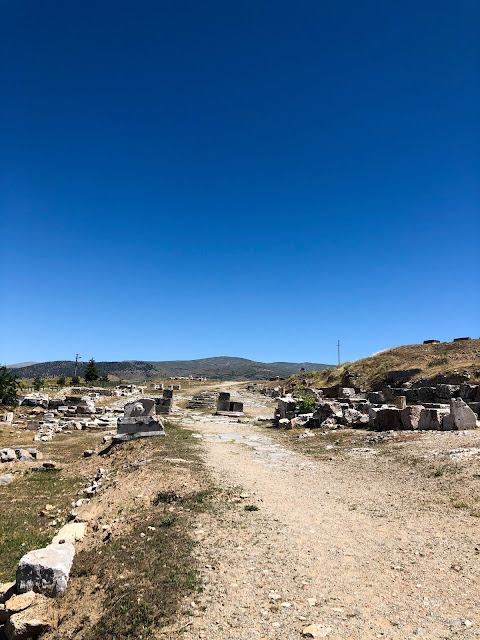 Excavations are still continuing here, though our guide said it's not a place of as great importance as ones like Ephesus and Laodicea.

However there were some beautiful carvings on stones, giving you an idea that this was once a beautiful place. 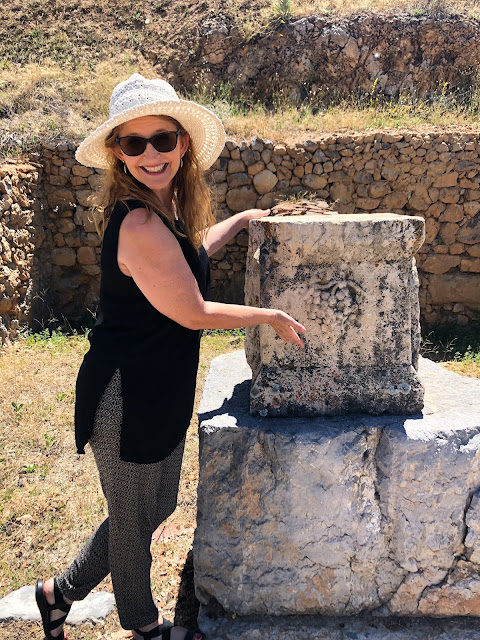 We hiked over to the ruins of the Byzantine church that is thought to have been built over the foundations of the synagogue where Paul preached during his journeys here. 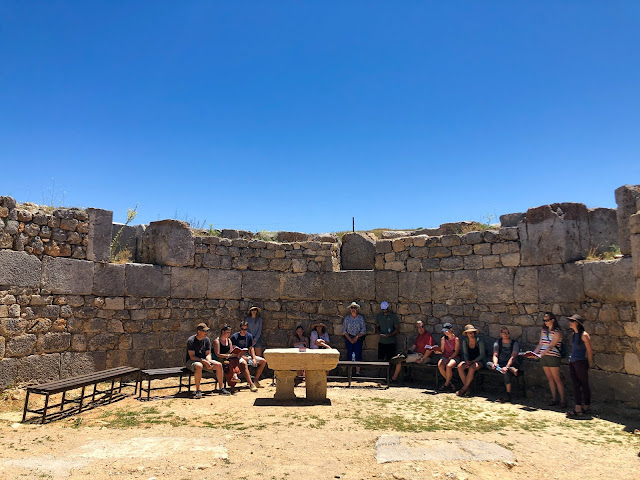 In the hot sun, we sang a few hymns here, with thankfulness to the Lord for his leading in our own lives, and in the lives of Paul and others who have gone before us in proclaiming Christ and spreading the Gospel! 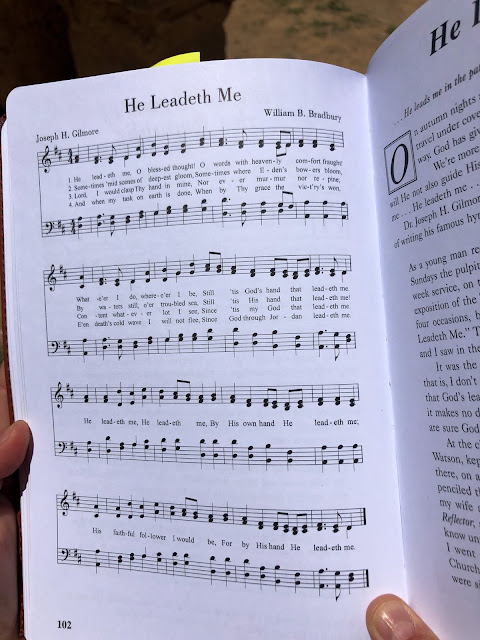 A stop for lunch afterward gave us a chance to experience yet again Turkish hospitality, even at a restaurant! 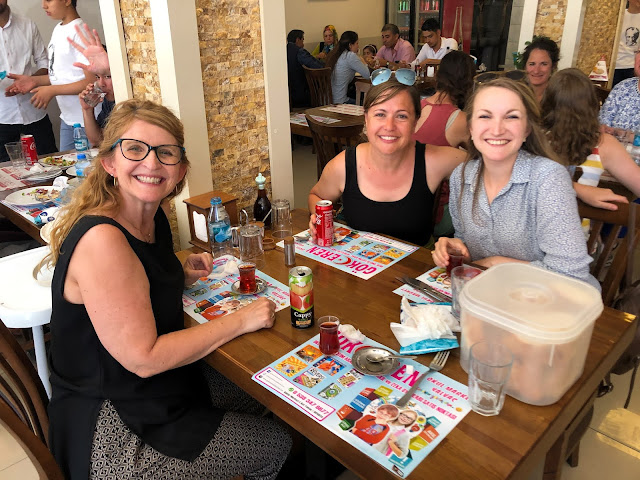 Then it was back on the bus, traveling across the middle section of Turkey. 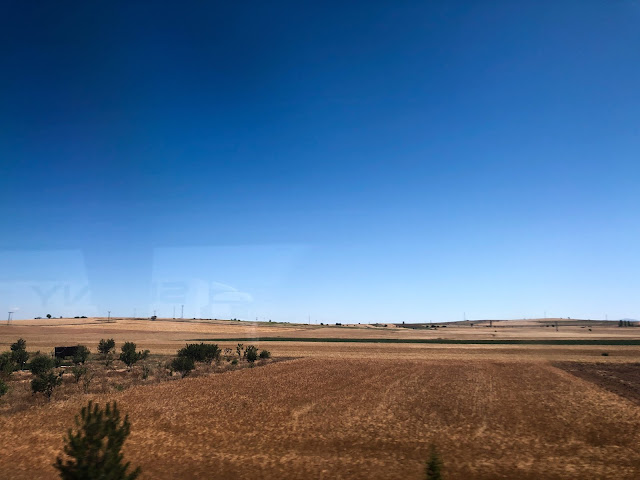 I loved watching out the window, taking in all the different sights along the way.

At times it looked like Idaho with its vast stretches of farmland. But then you saw the mosques and remembered that you're in Turkey! 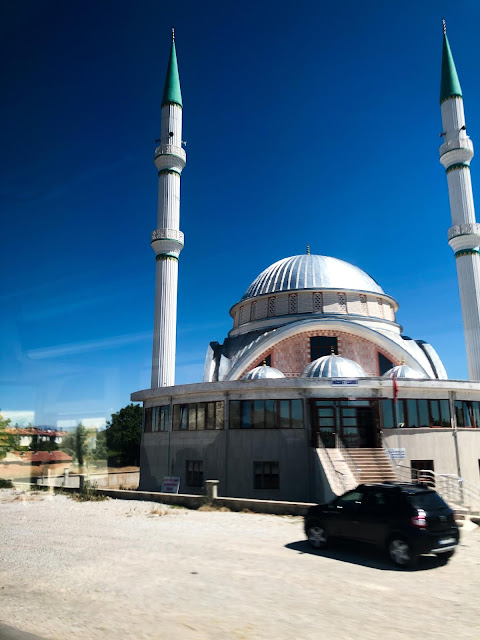 Having never been to Turkey before, I wasn't sure what to expect before we left. Because it straddles Europe and the Middle East, as the gateway to Asia, I wondered which continent would feel more predominant. 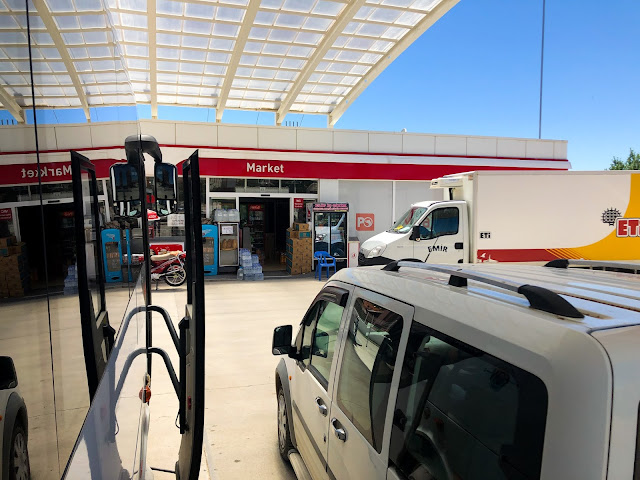 I still haven't figured out the answer to that question; but what I can say is there is much more modernity than I expected, including gas stations and products! 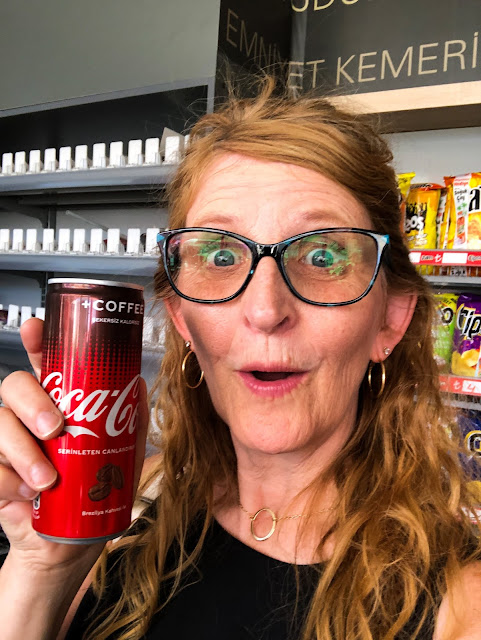 I was completely surprised to see this Coke product, something I've never seen before! Of course you know I had to try it! 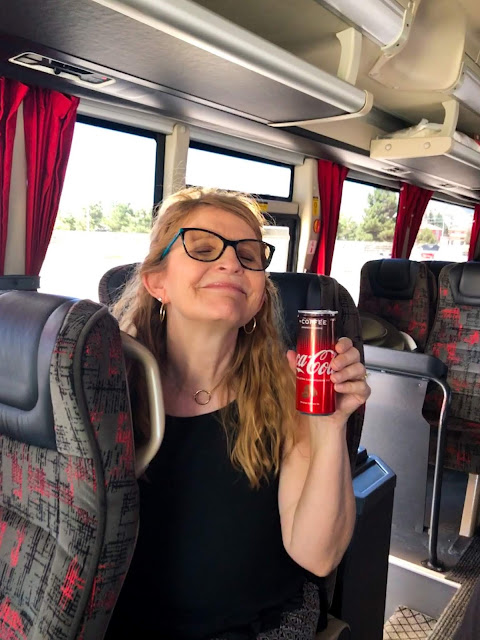 Delicious! I don't drink Coke anymore (it used to be my favorite soda but I gave up soda years ago), but I had to try this one...and it was worth it!

We continued on our journey across the country, hearing some more stories from our group. 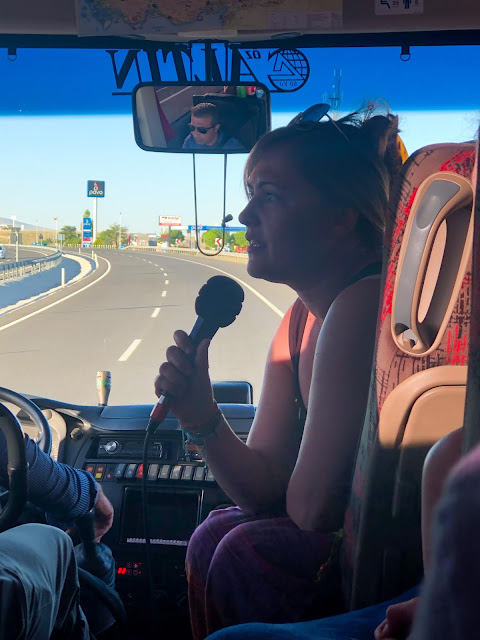 And being taught by Dave while onboard our bus. 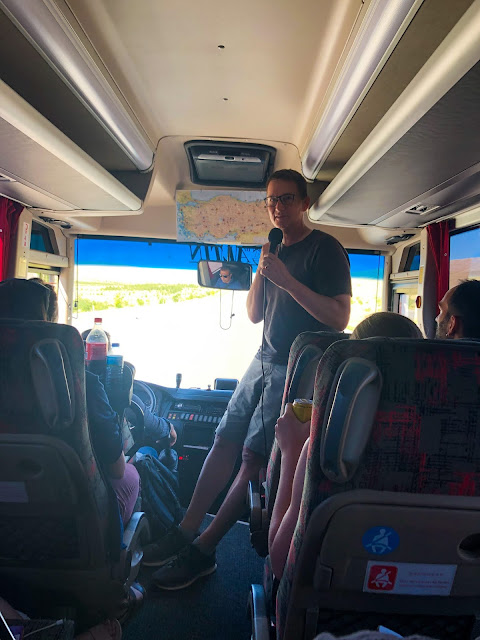 Speaking from Ephesians 4 (which will forever have a different impact on me now that I've seen Ephesus!), he talked about the three keys to keeping unity: effort, service to one another, and good communication.

One of the phrases he shared that stuck in everyone's mind comes from our friend Mel who says, "Serve one another in your strengths; submit to each other in your weaknesses." Any group of people, whether it's co-workers, married couples, friends, or parents and children, who took these truths to heart could be transformed by them! 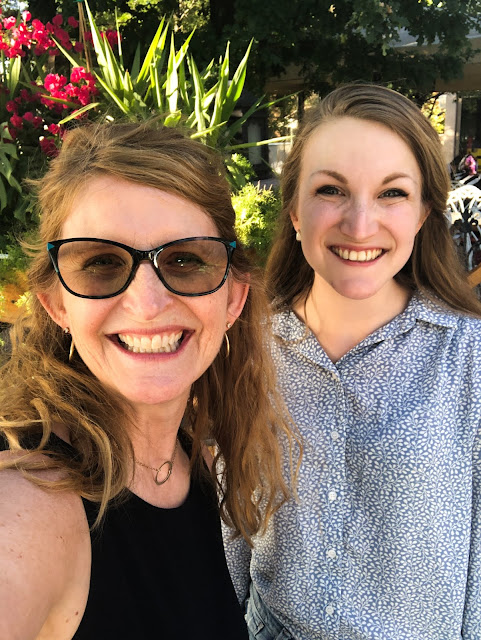 We made it to our hotel in Ürgüp by early evening. 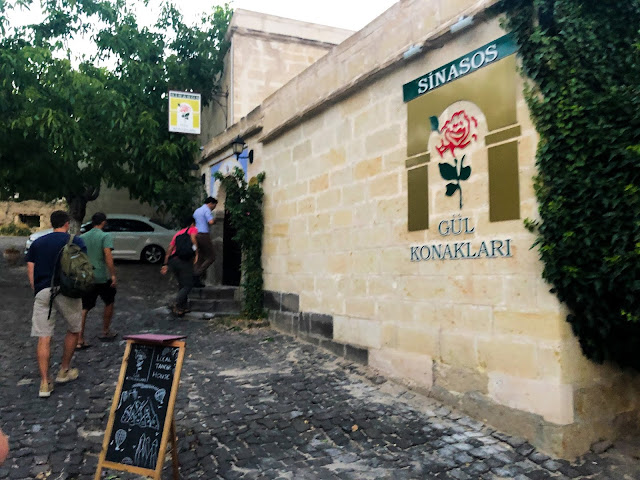 Three old Greek mansions that were built in the early 1900's have been transformed into a lovely hotel that combines both Greek and Ottoman style. 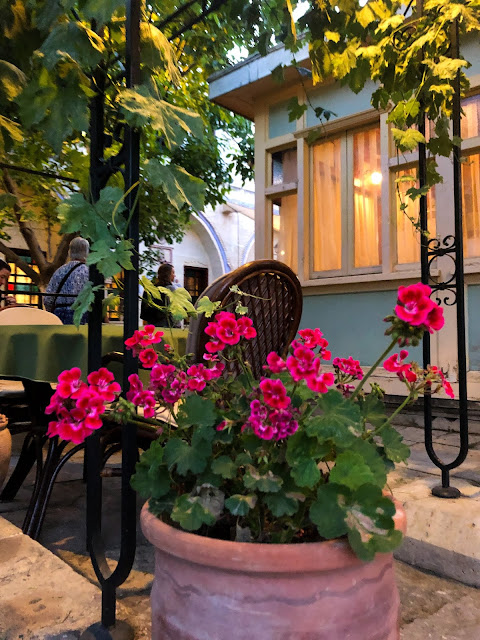 We happily sat down to a beautiful Turkish dinner in their pretty restaurant. 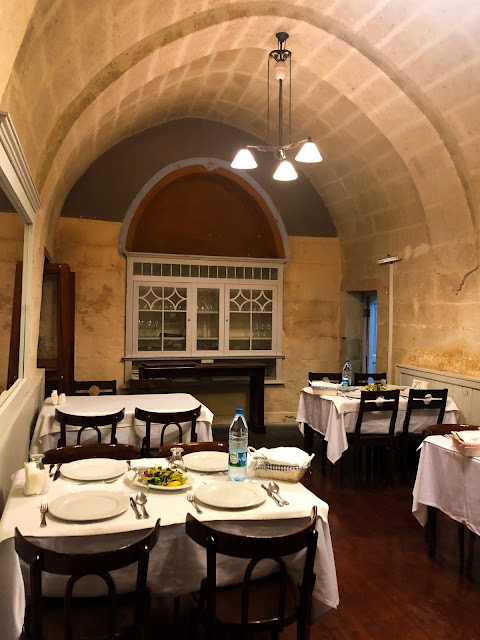 After our long day of travel, this was an oasis to settle down in for a couple nights! 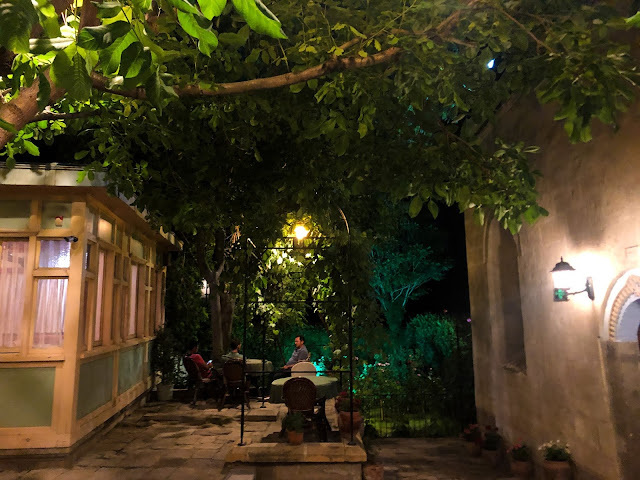