Love in the Shadows

Dave's and my flight out of Chicago was delayed three hours this evening, which in and of itself was not a bad thing.

I'm still getting over whatever virus I picked up when we arrived into the States a week ago, the one that knocked me down this week-end, so a few extra hours of resting before getting to the airport was fine with me. 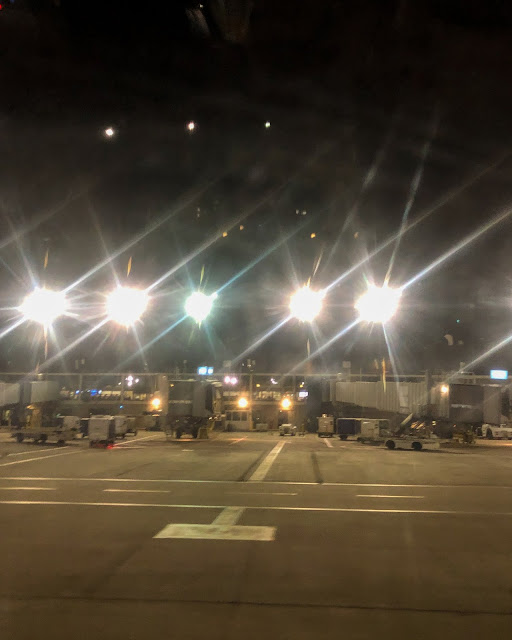 Once we arrived, a friend of ours who works for United at O'Hare was so kind to let us into the lounge where there weren't so many people, and I continued to gain strength and energy as the evening went on.

After two and a half hours of delay, we boarded the plane, and then sat waiting onboard for another half hour for the pilot to arrive. Once he did it was 'same old, same old', and we took off for what was supposed to be a quick 38 minute flight to Indianapolis.

The pilot came on after a few minutes in the air and said there might be some turbulence so he wasn't going to turn on the cabin lights, and there would be no drink service as he wanted the flight attendant buckled up like the rest of us.

I was reading at a window seat, when all of a sudden the plane lurched from one side to the other, and lights began flashing outside. It felt like we'd run into something as the plane tossed and turned for what felt like an extraordinary amount of time. Then everything went still. 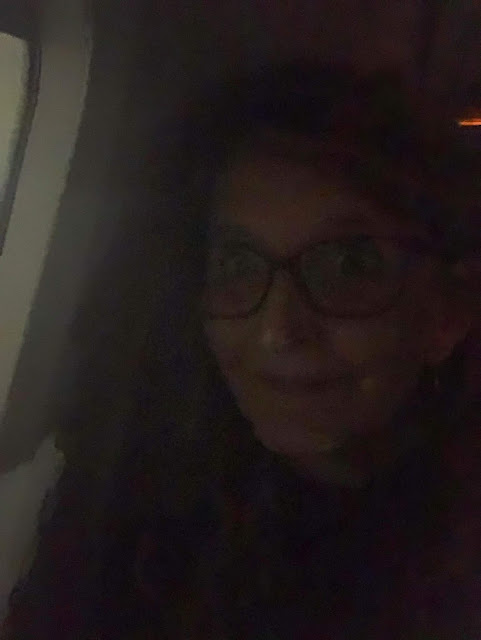 We had maybe 10 seconds of stillness, and then we 'hit' something again, and the same turbulence threw us from side to side, while lights flashed outside.

I grabbed Dave's hand in a moment of terror, and truly asked myself, "Is this is?" But two things then came into my mind.

One was my brother-in-law, Josh, who is a pilot, who says planes almost never go down in turbulence. Yes, I really remembered that, and yes, that thought was comforting right then!

But even more significant was the song that came to mind. It's a new one that Cory Simon and Shelby Flowers, two of our JV staff, wrote for our JV fall conference last month. Called "This is How We Know", one line of their song washed over me in that moment.

"...your love is in the shadows, where fear and faith collide..."

And right then my heart was at peace! I was right between fear and faith, when all of a sudden, there was God's love for me...so big, so pure, so powerful...even as the plane continued to thrash around in the sky.

I don't know if I've ever felt such a wave of peace come over me like that!

The episode was over in less than five minutes, and within another five minutes we were safely on the ground. 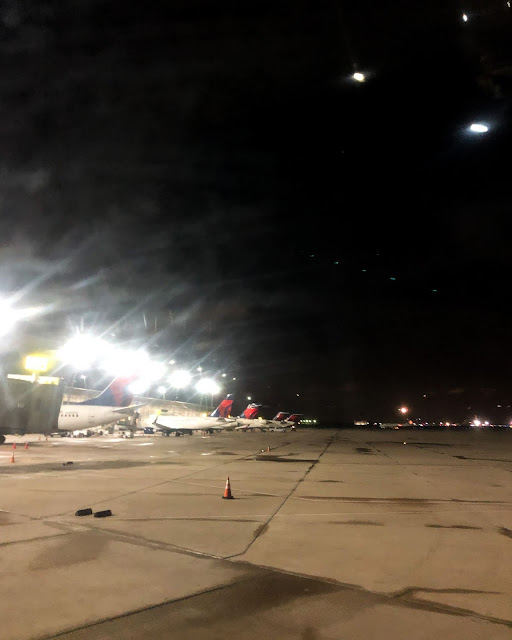 When we got up to leave, the pilot stuck his head out of the cockpit, which allowed Dave to ask, "What was that???"

The pilot replied, "We have no idea! We didn't see it on our radar. If we had we never would have flown into it. I've never seen anything like that!"

Whatever it was, God's love was bigger and more potent to me in that moment than the fear of crashing. I don't know how to explain it, except to say it was supernatural and real...oh so very real!

I had zero recovery time (usually in scary situations it takes me a while to process), and was laughing with Dave as we found our rental car. 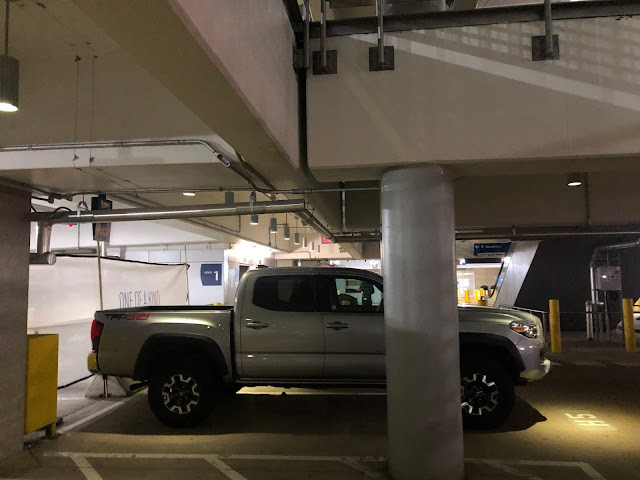 This is NOT what I'd rented!

But it was as if the Lord was saying, "I got you covered!" in this 4x4 off road pickup!

The rental agency said that it needed to get back down south (which is where we're driving) so they gave it to us without paying for an upgrade.

"Your love is in the shadow, where fear and faith collide....this is how we know your love, all measureless, powerful, you reached out gave it all, I'm pressing on taking hold, of all your love is..."

I can't embed the video, but if you click on Cory's FB page HERE, you can listen to this profoundly beautiful message wrapped up in a glorious song that so deeply spoke to me tonight.

*It's performed by Cory, Shelby and three other JV team members: Maja, Korban and Brian*
Posted by Living By Lysa at 11:30 PM