Dave and I headed to Prague by train this afternoon, each of us having different things to do there. 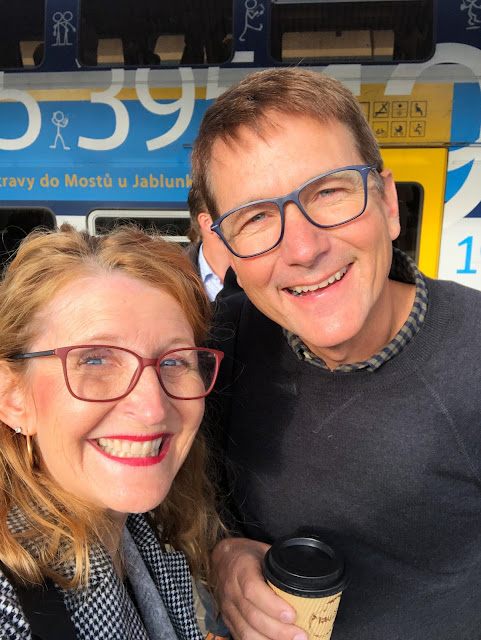 This evening Dave started teaching at a 24 hour youth leader training event. I said goodbye to him at our hotel room as he finished up his preparations before traveling by metro to the event site. 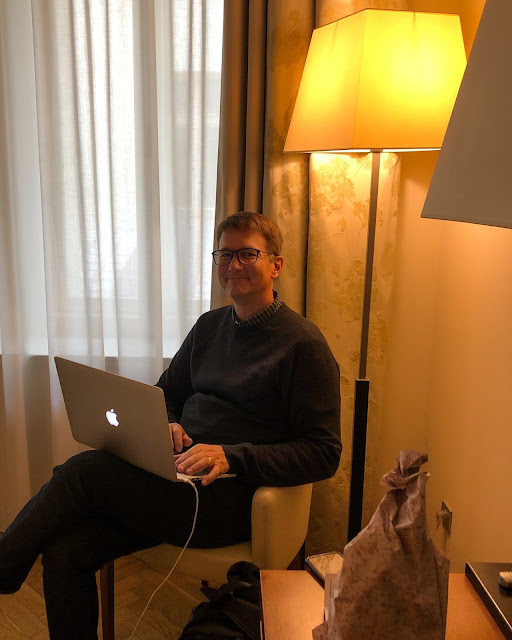 I headed out into the city to meet up with some special friends. 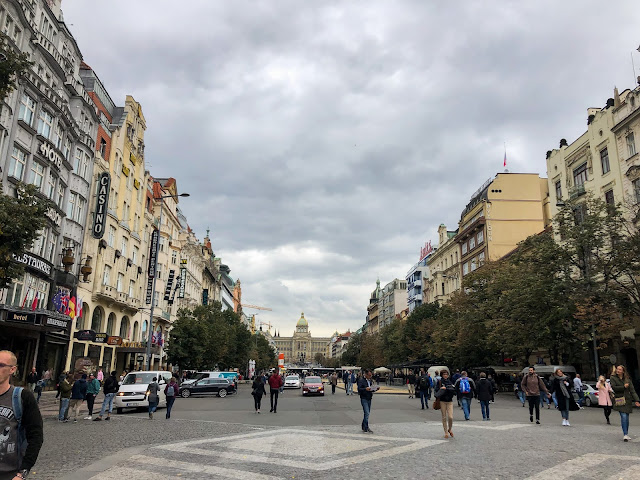 The day our two little boys and I arrived in the Czech Republic on November 9, 1993 (Dave had come ahead of us by a few days), several people awaited us.

One of them was Ivana, the woman in the middle of this picture. 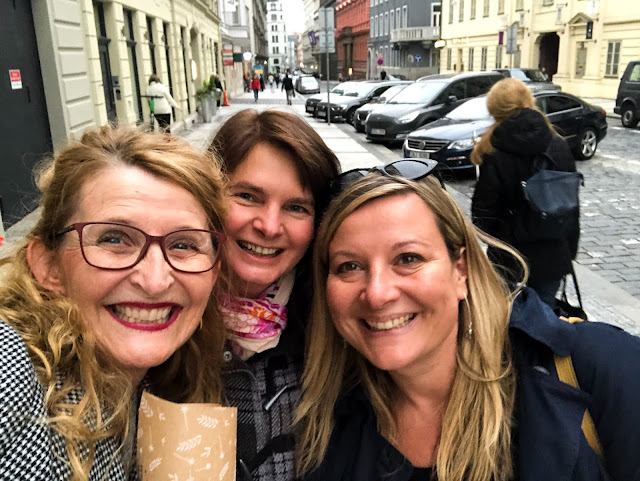 She had trusted Christ at a camp the summer before we arrived, along with Irena, on the right! They were both in their last year of high school that year, and not long after we'd moved, they became two of the first girls that I had Bible study with 26 years ago!

Fast forward to today. Ivana lives in Pisek with her husband and son, while Irena lives here in Prague. I've seen Irena many times over the past years, but I haven't seen Ivana for nine years, since the day of her wedding! 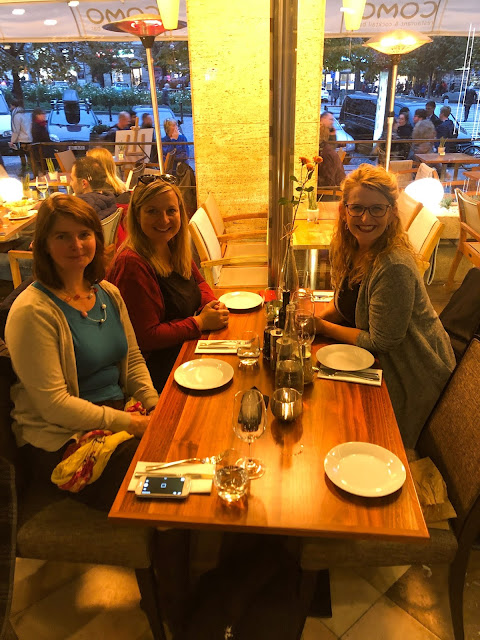 When Irena was visiting Frydlant this summer and heard that I'd be coming to Prague with Dave in October, she asked if we could get together with Ivana...I'm so glad that it worked out! 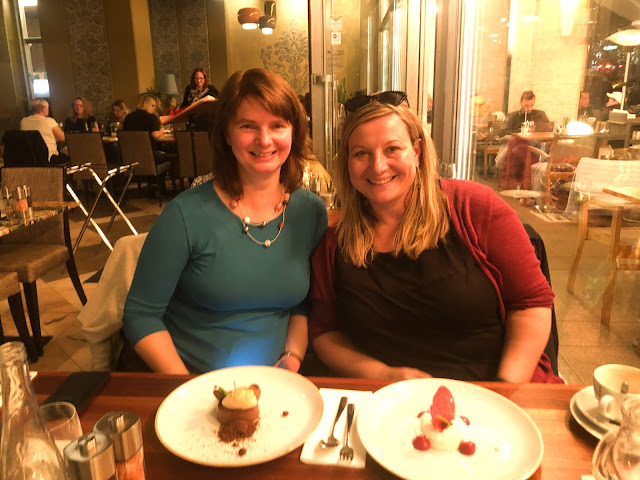 We sat in a restaurant for 4 1/2 hours, catching up, telling stories, and talking about what God's done in our lives through the years. It was an incredibly special evening with these women that I've loved for a long time. 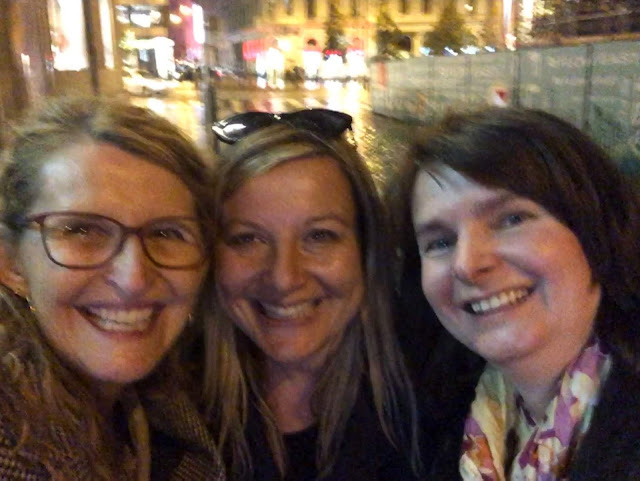 These two have faithfully walked with God for 27 years now. Hearing of their hearts for their families and friends, how they talk about their faith and live it out in every day life, was so encouraging!

"It has given me great joy to hear of your children walking in the truth...". Surely John felt the same thing that I felt tonight, when he wrote that phrase in his second letter - he was truly overjoyed to hear that the chosen lady (as written about in 2 John) had children who were walking in truth.

And that's how I feel tonight! Overjoyed by these women for faithfully walking with God ever since they heard the Truth! My part in their spiritual lives happened a long time ago...but they took what they learned and continued on all these years. That brings me great joy!
Posted by Living By Lysa at 10:30 PM