Dave and I met up together at the Prague train station this evening after both having had different agendas here for the past 24 hours. 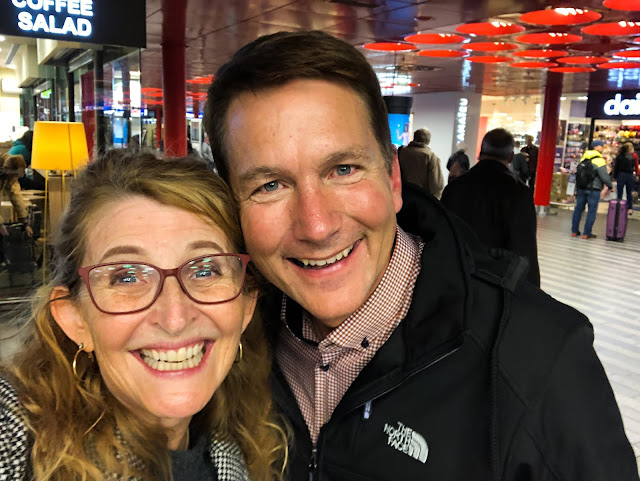 We both had lots to tell each other after he'd been at a youth leader training, and I'd been with friends over the past 24 hours. But eventually, he turned to finishing his preparations for the sermon he'll preach tomorrow in our church.

Sitting across the aisle from us were three people, who we overheard talking about God (in Czech). 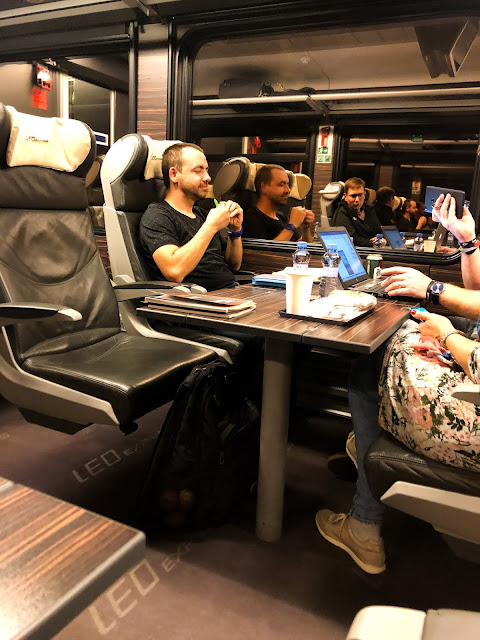 Dave couldn't resist asking if they were believers, and sure enough they were! He asked about where they were from and we found out they attend a church that is in our denomination, the Církev bratrská. They asked where we lived and Dave told them Frydlant, to which they replied, "That's the headquarters for KAM. Do you know about them?"

When he responded, "Yes, I was the founder of KAM", one of the men had a shocked look on his face and replied, "You're Dave Patty??" We all had a good laugh about that!

This man then told Dave he'd heard about the book he'd written and said he's been wanting to read it. Dave had a copy in his briefcase so pulled it out and gave it to the man. He thanked Dave and we talked just a little bit longer before Dave said he had to get back to his sermon prep!

About ten minutes went by when Dave felt a tap on his shoulder. 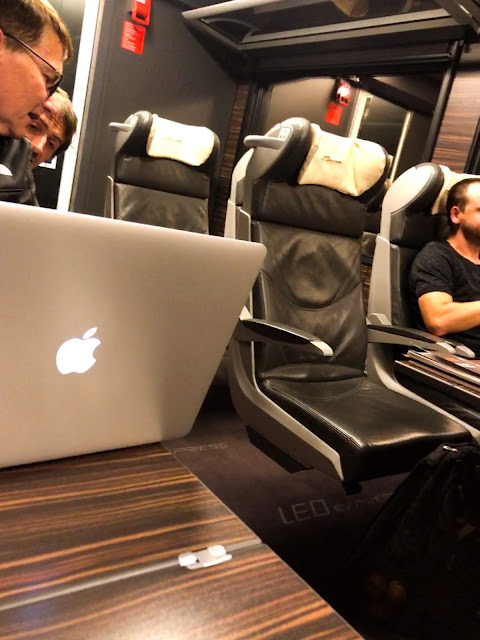 I was reading on my phone so had it in my hand, and felt prompted to take a photo of it happening, though had no idea what would transpire!

The man said he couldn't help overhearing the conversation that Dave had about his book, and he wondered if he could look at the copy that he'd given to the other people. Dave asked him why he was interested and he said, "I'm a father of a teenage boy and I'd like to be a better father." Dave shared that while the book is about God as Father, it could certainly be helpful to him as a dad too; and then Dave gave him a copy too (thankfully he'd had two Czech copies of it in his backpack).

For the next hour the man read the book, sitting just behind Dave. 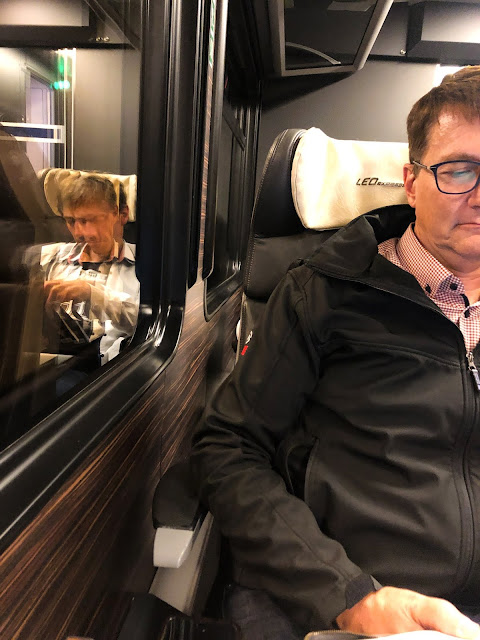 When he reached his stop he said to Dave, "This is an amazing book", and thanked him for it before getting off the train. 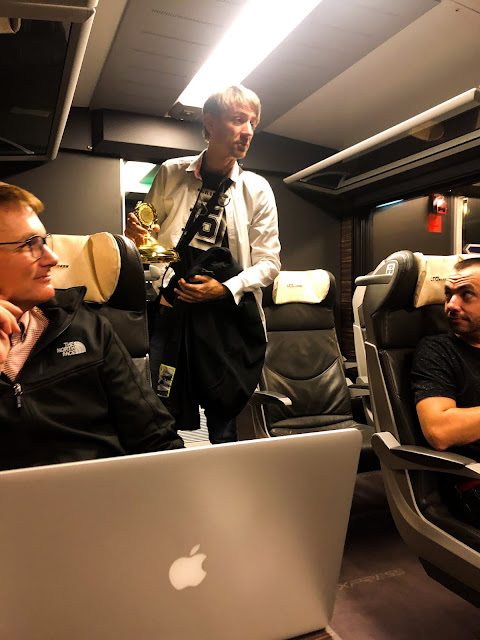 Dave wrote his email address in the book, so perhaps he'll hear back from him sometime. But if not, we know God was at work in that train compartment this evening, weaving a story for his purposes!
Posted by Living By Lysa at 11:00 PM