Surprise at the Hotel

After a full day of work and packing to be gone for a month, Dave, Claire and I got in the car this evening and headed to Vienna. 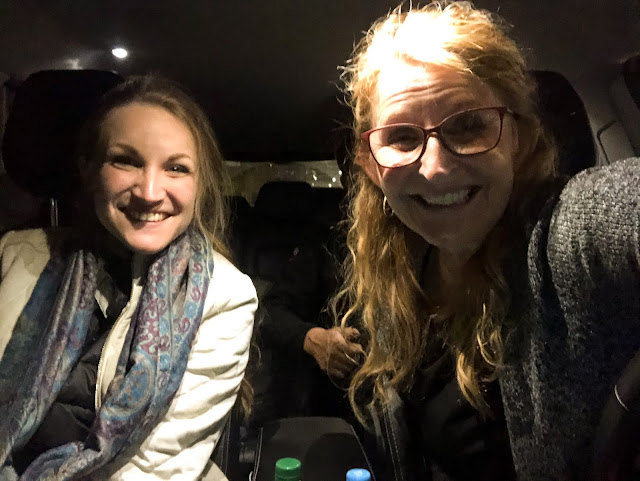 I drove so that Claire and I could be up front and talk while Dave made phone calls and did email in the back.

As I stopped to drop Claire off at her hotel (she's not going to the States with us - she just had some appointments here that coincided with us coming down so rode with us) we were laughing that even while he was talking he could stop for a wave in our photo! 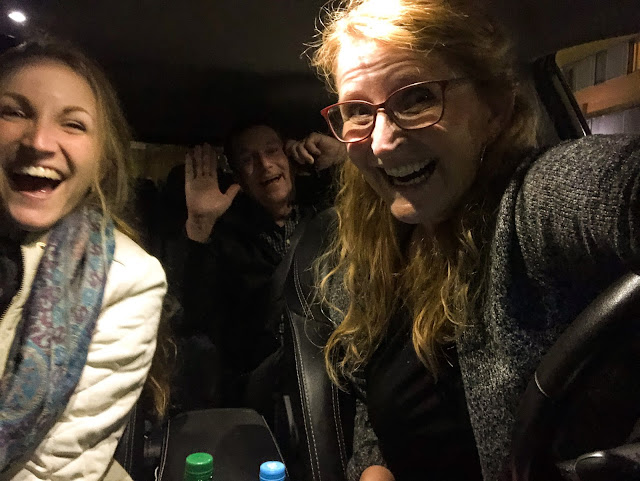 After goodbyes with Claire, Dave and I then headed toward the airport, where we were dropping off our car at a parking area off site, which meant we then had to take the train to the airport as we were staying in a hotel there tonight. 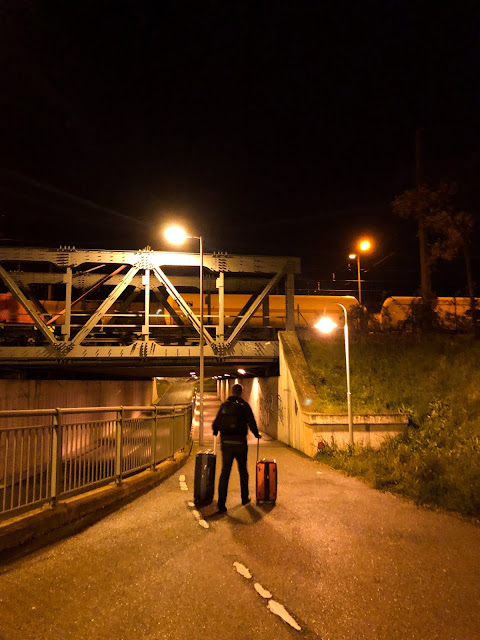 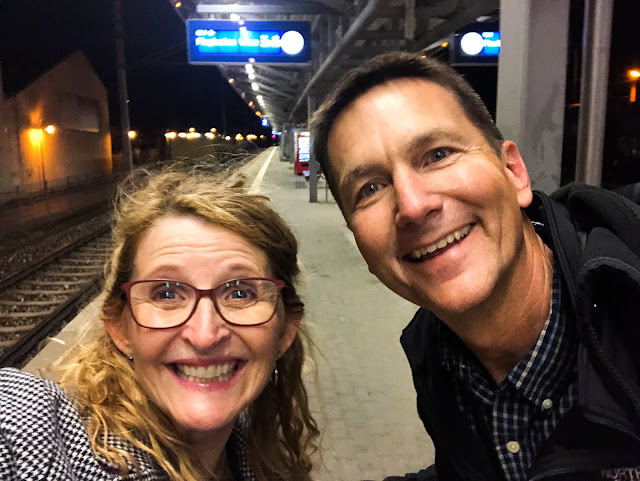 Much to our surprise when we arrived at our hotel, they told us "There's no room in the inn"...or something like that. 🤣 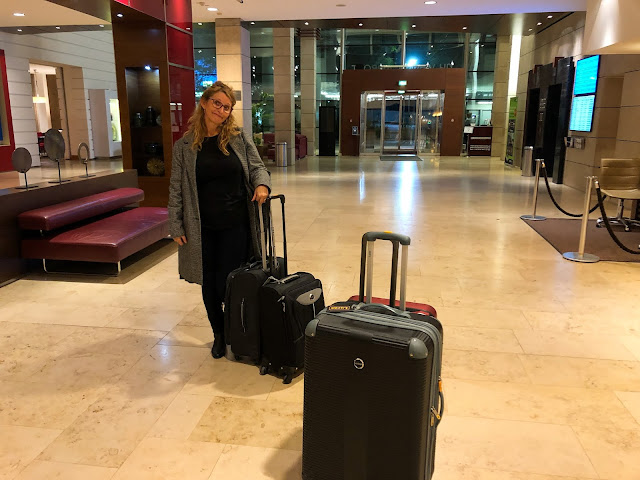 The hotel had been overbooked (I knew airlines did that, but hotels??) so they found us a room in another hotel...twenty five minutes away, not far from where we'd just dropped off Claire! 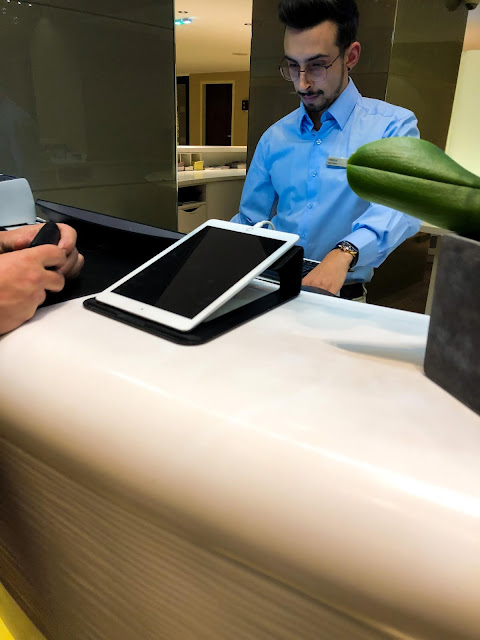 Their big selling point, in order to make us feel better I guess, was that they were upgrading us to a five star hotel.

As far as we could tell, for five stars you get a big desk. 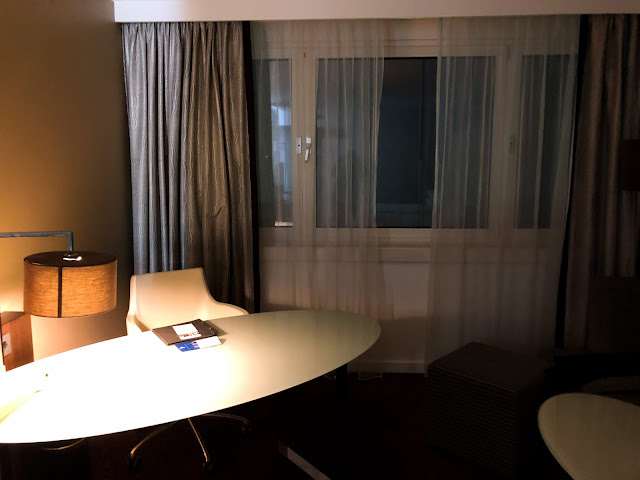 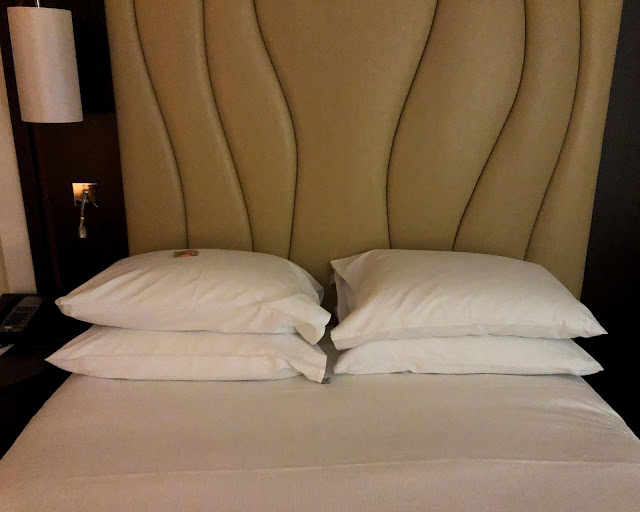 At this point I'm so ready for sleep that I'd just about lay down anywhere. I'm thankful that we at least HAVE a bed tonight!
Posted by Living By Lysa at 11:30 PM