For the past several days, the weather forecast has predicted snow shortly after Easter. But when we had such a gorgeous day that day and following on Monday, it just didn't seem possible that snow would really come.

But because I like to document things, I thought I'd take a photo out the window every so often today just in case it did. 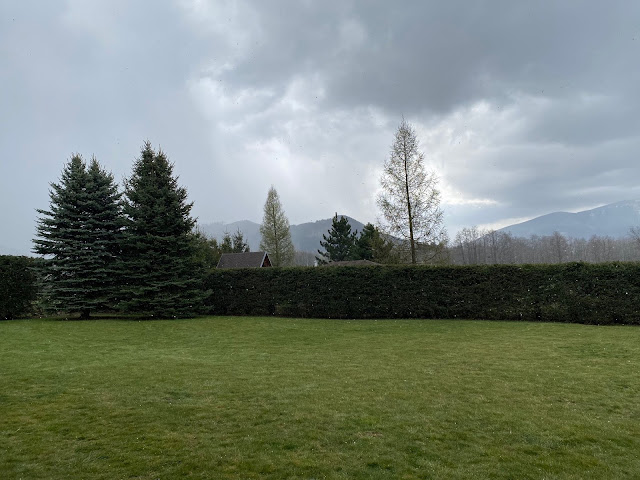 Sure enough, at 11 AM, there were some flurries. But by noon, the sky was blue and it looked like things would clear up. 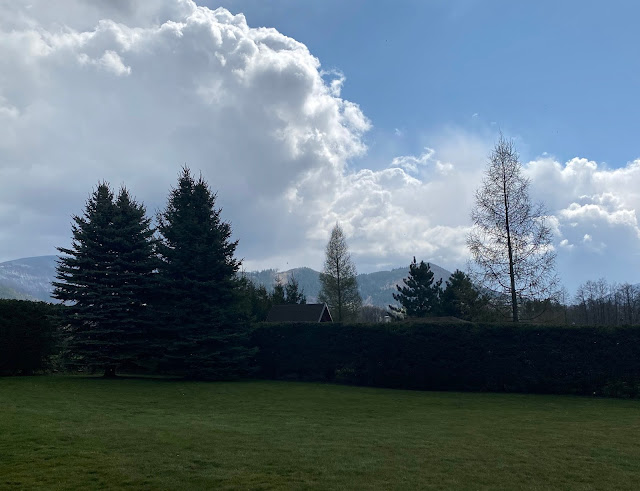 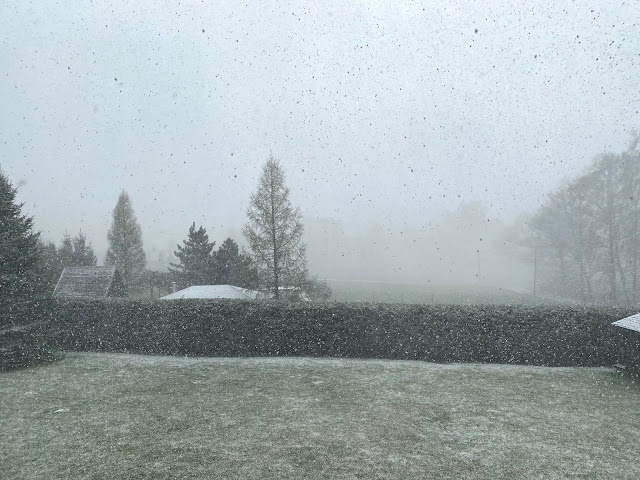 I should know better, because we've had snow as late as May! But when it was so gorgeous two days ago, it just didn't seem possible.