Doing Life with the Boys

By 10 AM on Day Two of taking care of my grandsons, Judah and Asher, this is where we were at. 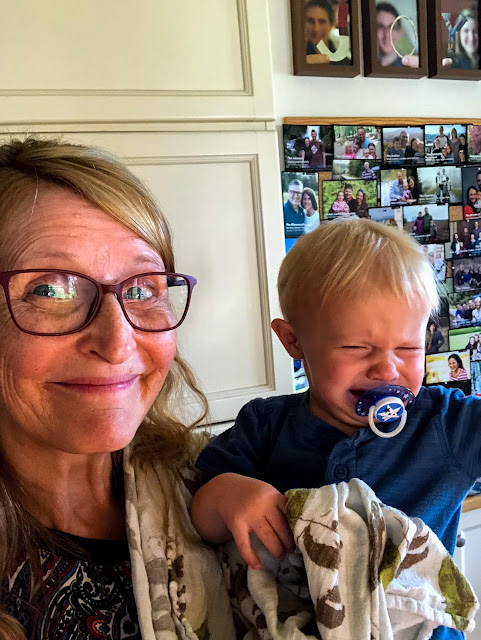 Both boys are recovering from the flu, with Asher farther behind since he got it after Judah. Awake at 6:30, he was back down for a nap at 8:30 and up at 10...not very happy. Poor guy!

I'd actually been up since 5:40 when Judah came in and whispered to me in my bed, "Nonnie, me done sleepin'". 😂 But at this point, he was happily playing with toys in the living room so I quickly looked for something to distract Asher from his distress. 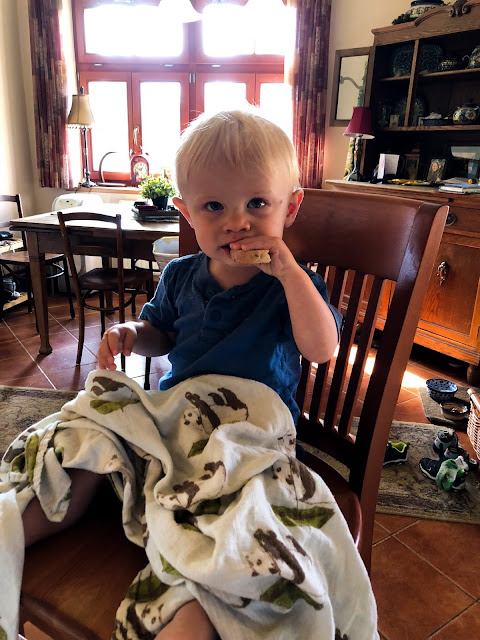 What was it? The toast that I'd never gotten around to eating that morning! 🤣 Oh mommies out there...I feel your pain! There was a cup of coffee that I never quite managed to drink either!

I spread a little jam on it to give to him, but ended up fully satisfying and distracting him with this technique. 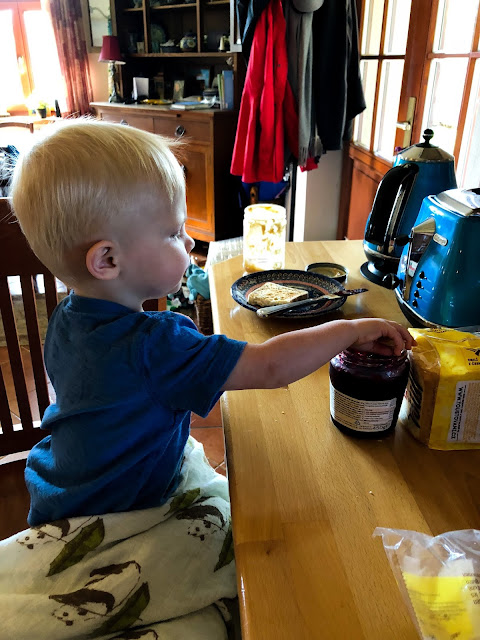 Yes, Nonnie resorted to letting him dip his toast into the jam jar while I tried to clean dishes in the sink!

This technique resulted in a very happy little boy! 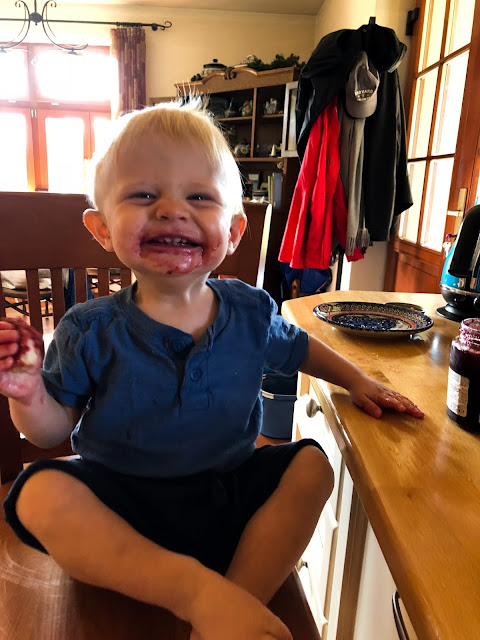 He recovered so well that I decided we would brave the grocery store to pick up a few things we needed. 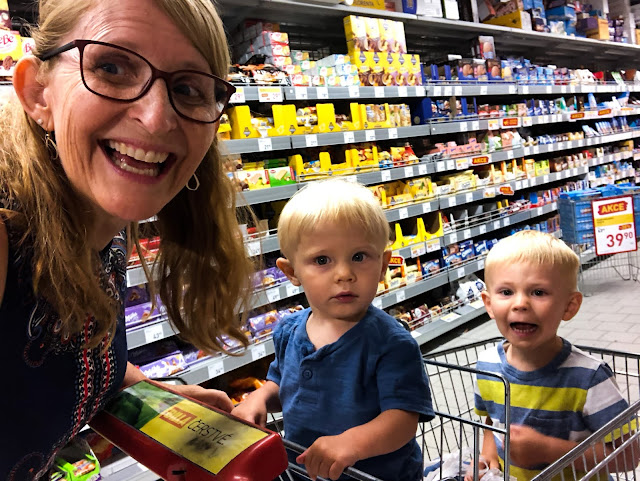 My first trip to the store with both boys ended quite successfully!


I almost lost both boys to naps on the five minute car ride home, but managed to keep them awake long enough to get inside. We weren't there for more than twenty minutes when I turned around and found this. 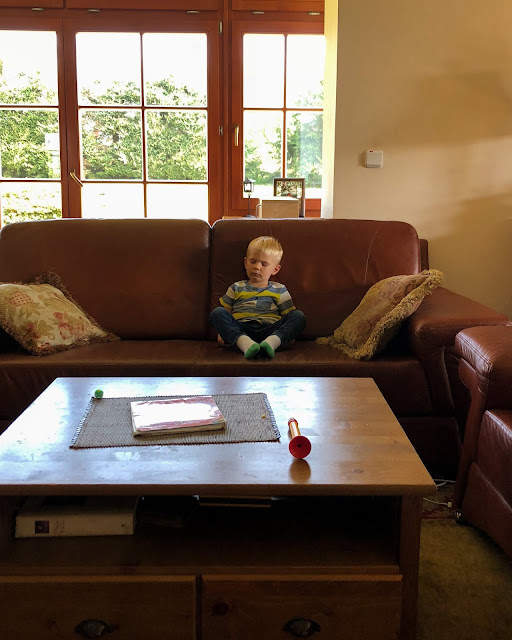 And no kidding...ten minutes later, this guy was yawning. They both missed lunch, but hey! They had great naps! 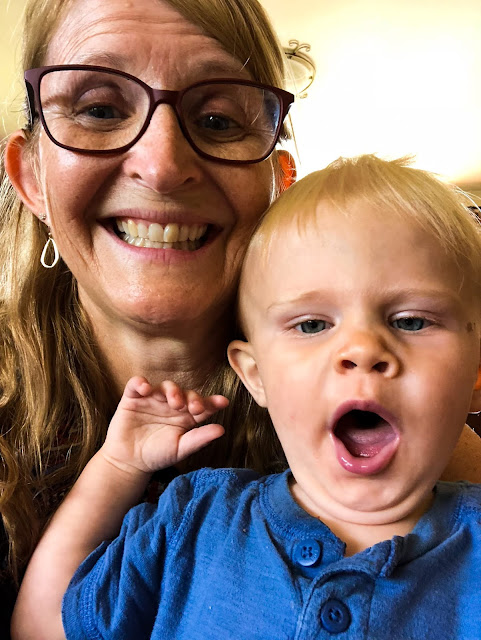 Once they were both back up again, happy after good sleep, we went out for our second time of the day to walk Kaylee. 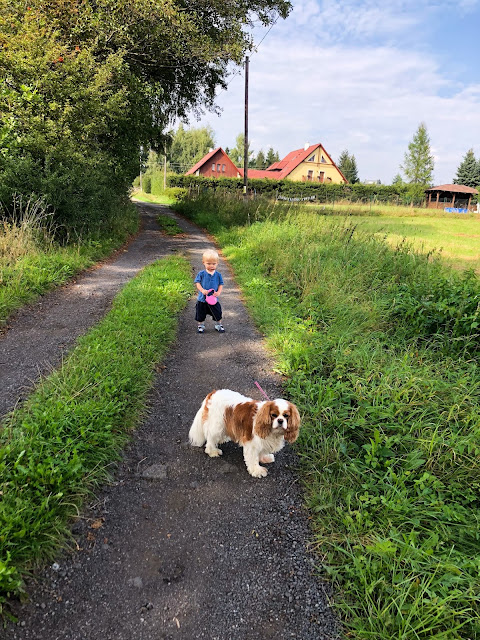 If you've ever been to my house you know our road isn't very long. But we stretch a walk out to at least a half hour, only going from our driveway down to the main road and back. And discover SO many fun and interesting things along the way! 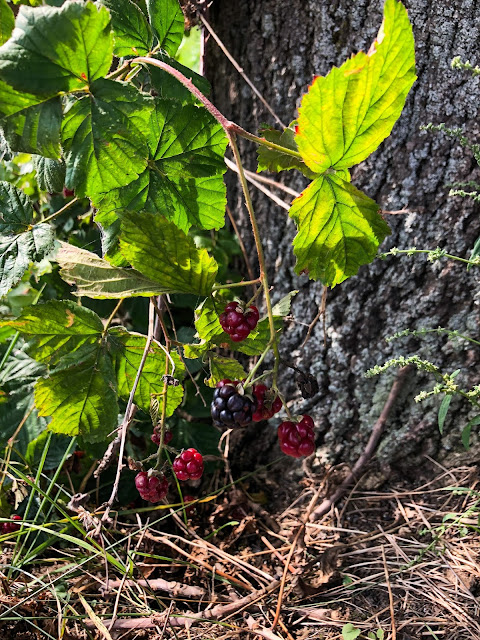 Oh the treasures of toddler walks! 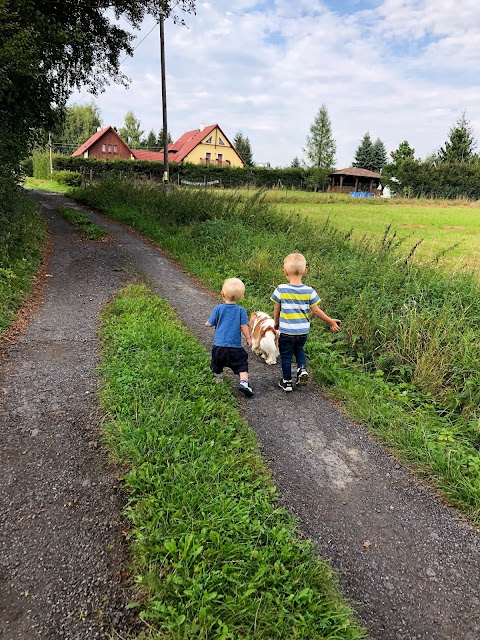 We came back to the yard, which also holds treasures, and picked the first carrot of the season! 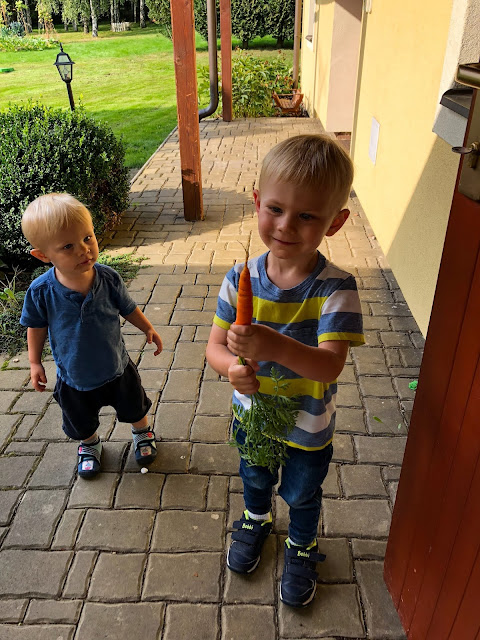 I asked Judah if he liked carrots to which he replied, "Me yike cah-whats!" So I washed, peeled and cut them up in toddler size sticks to give him one for a snack. 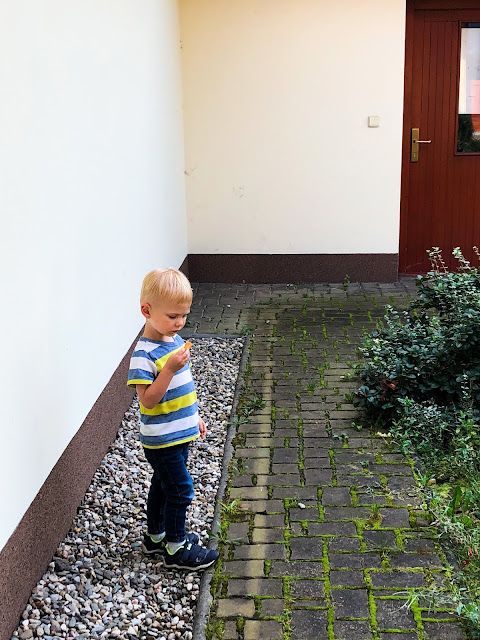 "I no yike cah-whats Nonnie", was his response. 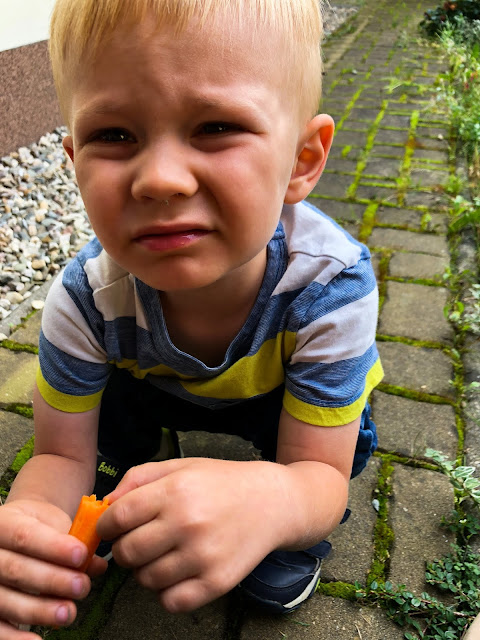 Plums were much more satisfying!


Asher was still not feeling great so went down for an unusual third nap. This gave Judah and I some time outside, which ended up being super productive! 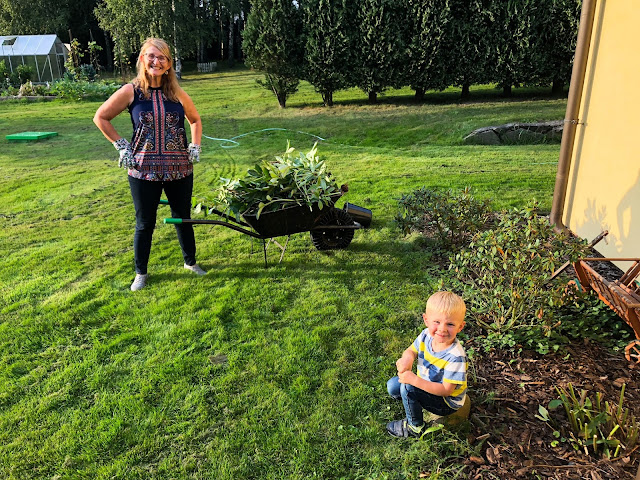 I don't think I would have thought about doing yard work with a two year old, but when he noticed I had some thistles growing in my flower beds, that led to he and I pulling weeds and trimming my bushes back for the fall. He was really amazing at helping me! 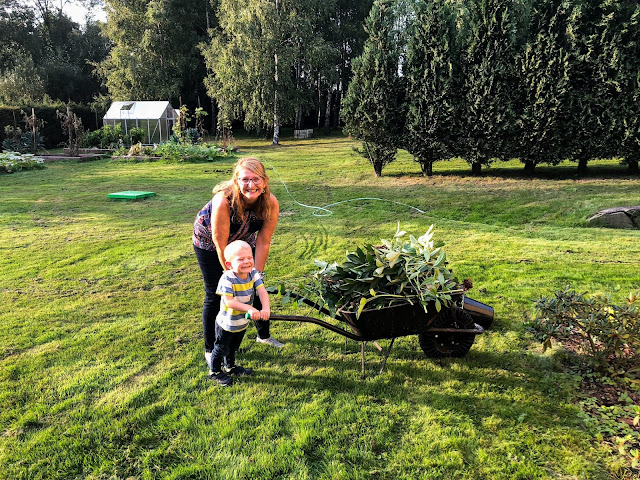 The rest of the afternoon and evening passed by in a blur of just "doing life" with them. And my day ended like this. 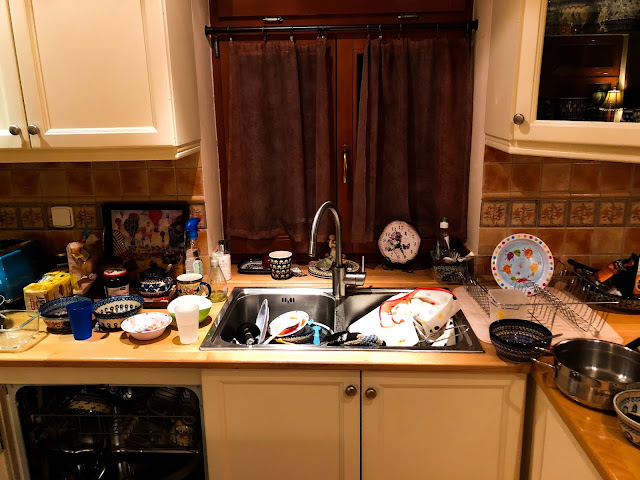 I said to myself numerous times throughout the day, "How did I ever do this with three kids??" But then I remember that you get into routines, you have systems, and somehow you just do it!

On to tomorrow with my two little boys!!
Posted by Unknown at 9:26 PM