While I do have many pictures of Laurie and Daniel's wedding day, there are also "blank spots" where I just immersed myself in the day and thoroughly enjoyed it.

Thus I don't have many from the High Tea reception, or of the wonderful people we got to see and have conversations with that we've met through the years, many through Laurie.

But I do have a few from the evening dinner reception, held outside in a tent on the front lawn of her parent's house! 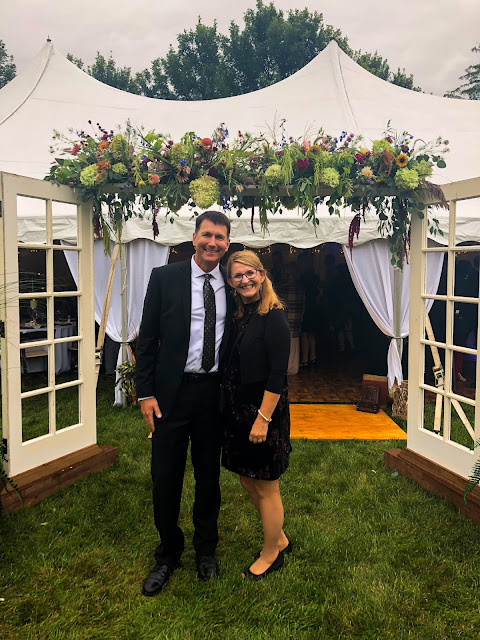 It was decorated absolutely beautifully, with every last detail in place to set the stage for another celebration, welcoming and honoring Mr and Mrs Daniel Nell! 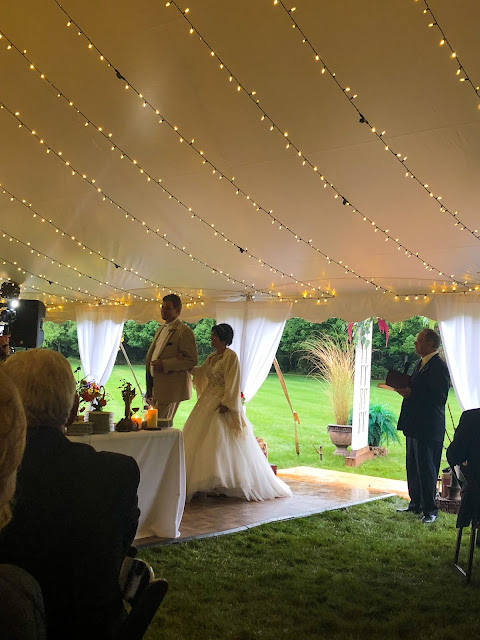 The wedding party and parents were introduced and honored. 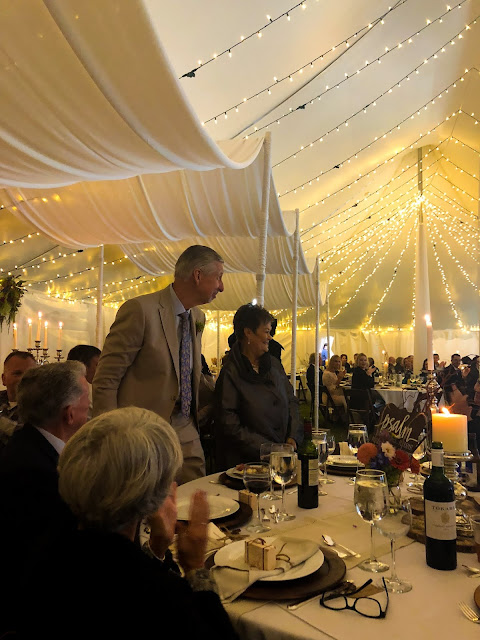 Precious speeches were given by Daniel's brother, a significant friend of Laurie's and by both of their fathers. 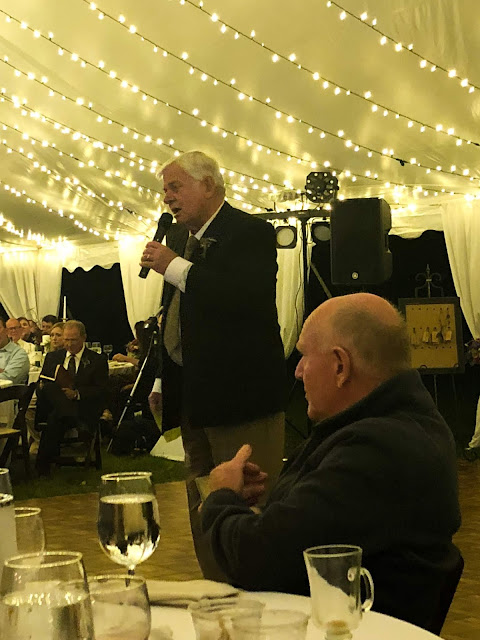 Ever the one to think of others, Laurie had put into the reception program, time to take pictures with various combinations of people in their lives. We got one alone with them, which meant the world to me, and were part of picture with the "European" group of people who know and love her! 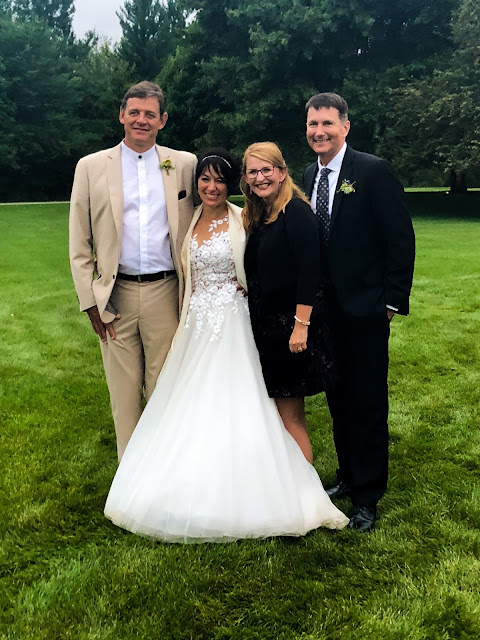 Daniel and Laurie's first dance took place, as well as father/daughter and son-in-law/mother-in-law - at least, I think that's what I remember! That's what I get for not taking pictures of it all! 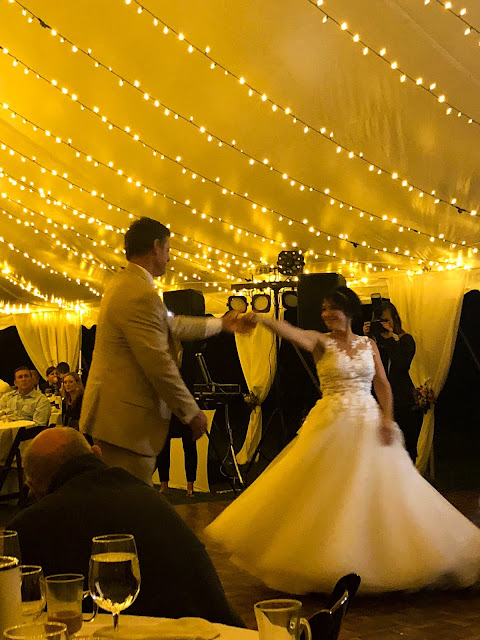 For the rest of the long and glorious evening, we talked, danced, ate and enjoyed the time of celebration for Daniel and Laurie.

Eventually though, it was time for them to make their final exit into their newly married life! 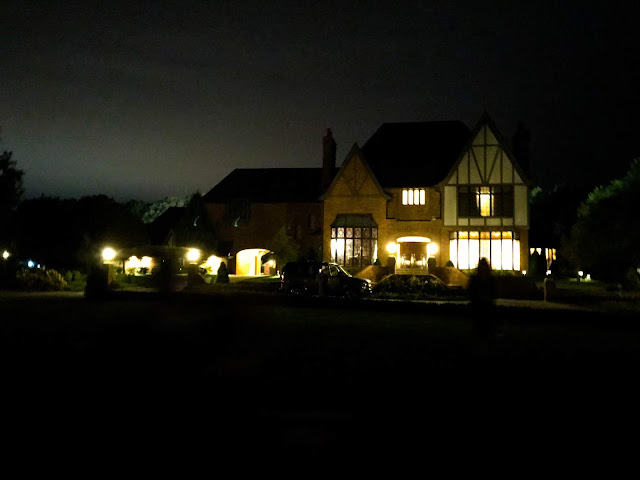 They slowly made their way around the driveway and over the bridge, which lit up with fireworks, much to my surprise! 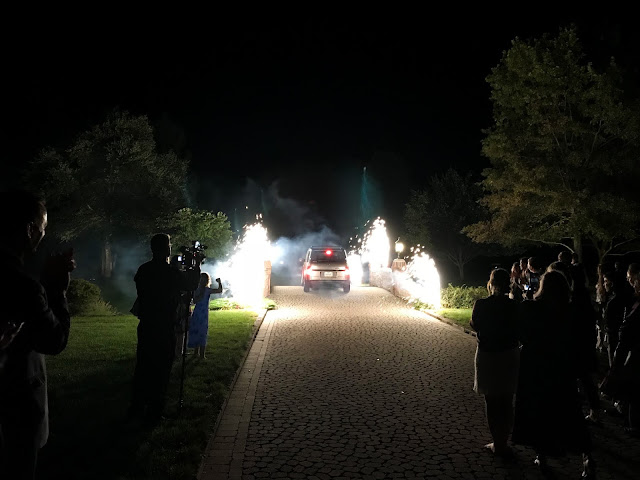 And then, as if this day couldn't get any better, fireworks in the sky were set off as they made their way to the end of the driveway! 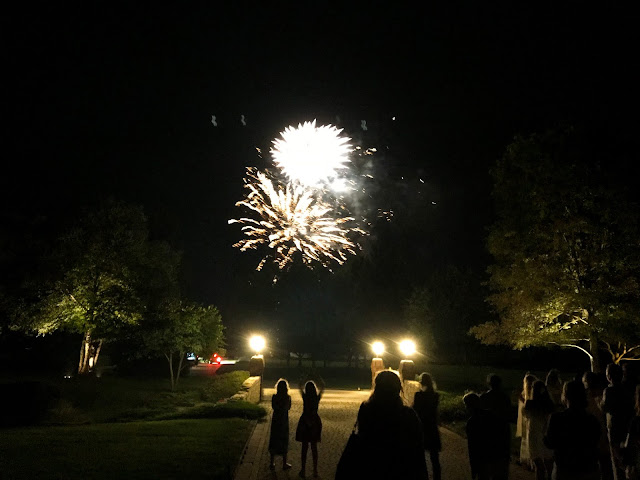 I'm so thankful my friend, Andrew from South Africa, was still taking pictures at this point! I was just standing there with Dave, taking in the last moments of celebrating God's story of redemptive love in Daniel and Laurie's life.

What a day it was, and how very glad I was to be here to witness such joy in seeing two people join in marriage.
Posted by Living By Lysa at 11:30 PM