After a beautiful day spent in Vienna with Claire, we headed down the platform to catch our train back home to Czech. 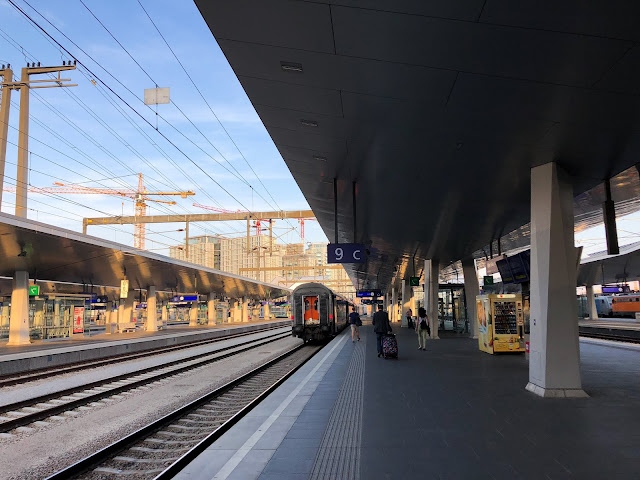 But what Claire didn't know is that I'd been keeping a secret all day. 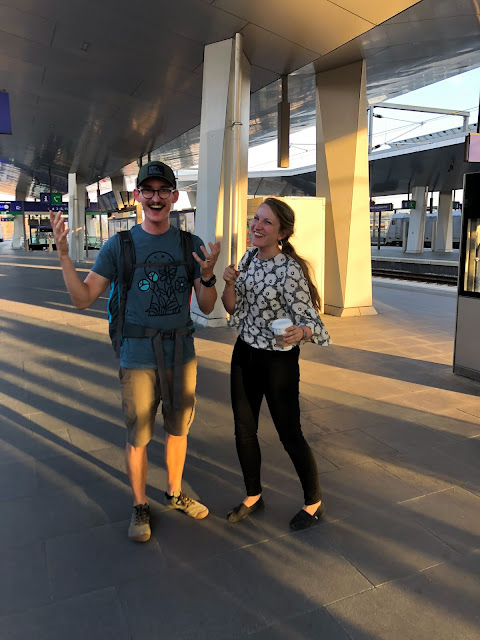 Just a few days ago, Caleb and I were talking and he mentioned that he was going to be taking the train from Vienna after flying up from Albania for JV Fall conference.

When I asked him which one he'd be on, he told me...and it was the same one Claire and I were planning to take home after our day in Vienna. So he and I decided to keep it a secret so that he could surprise his sister. And he did! 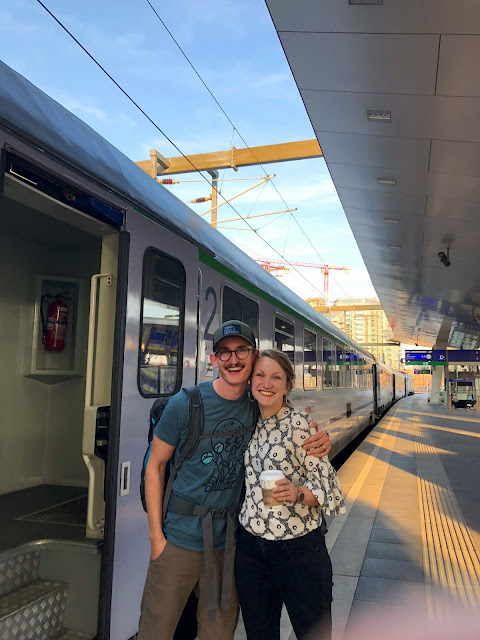 Caleb flew up today with Haley and Charlie, but her parents picked her up at the airport to take them to Bratislava for the week-end, while Caleb is coming up to Czech for pre-conference camp meetings. Haley and Charlie will come up on Monday with them and be at our house during conference week.

What a fun train ride home, the three of us sitting in a compartment talking the whole way! 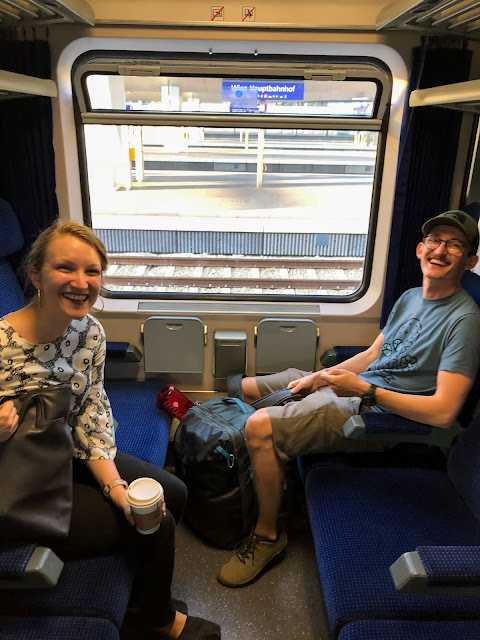 As Caleb said, "This is the great part about all of us being back in Europe - these kinds of things are actually possible!" 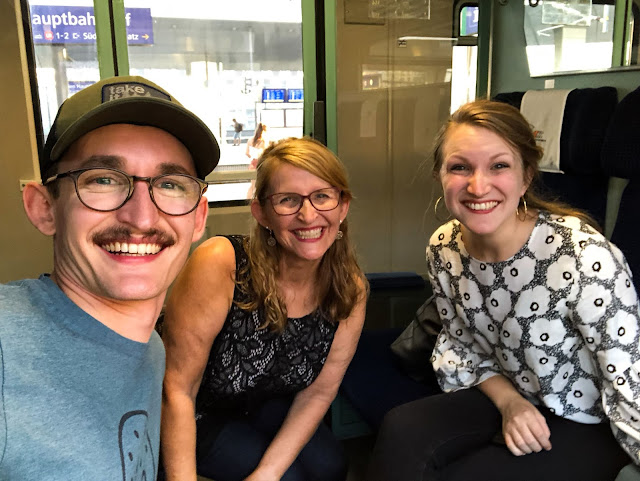 But there was one last part to the day. 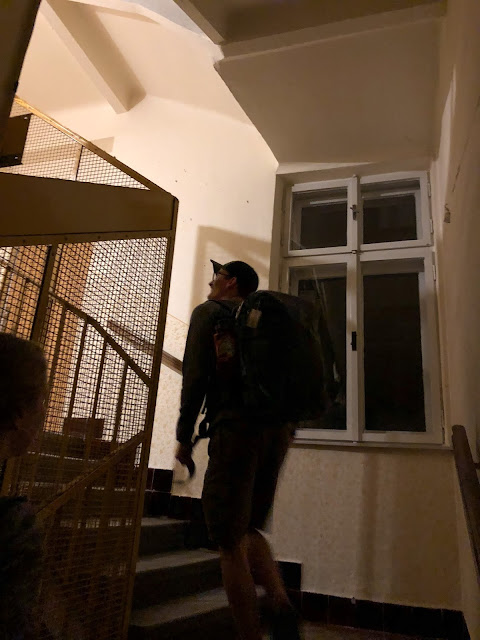 Caleb has never climbed these stairs, though the occupants of this apartment have been living here since January.

Know who he came to spend the night with? 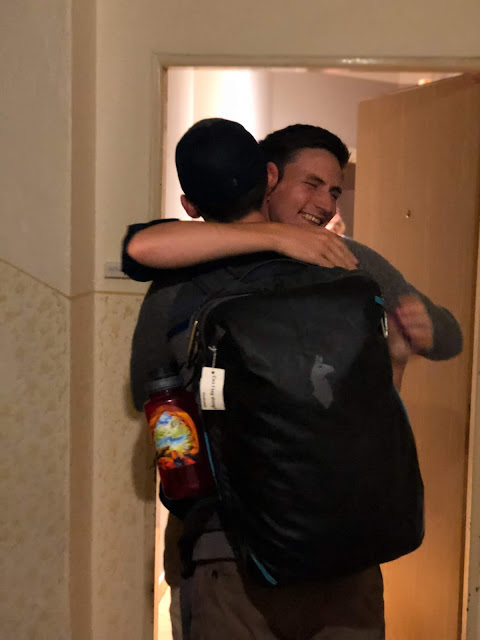 Yes, his brother Tyler and his family!

These two haven't seen each other for more than a year. In fact the last time was just one day after Charlie was born last August! 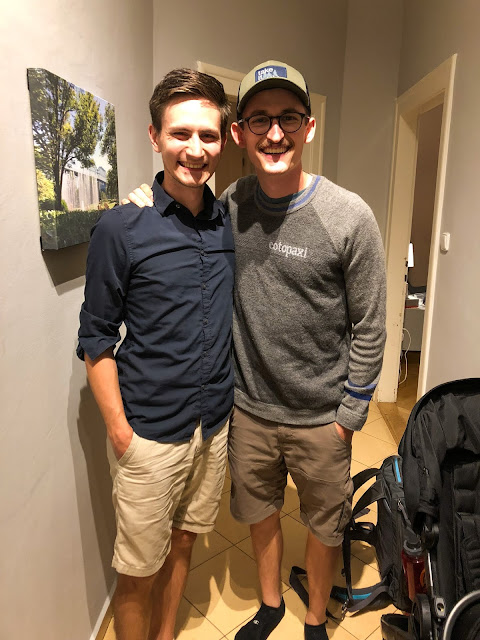 And the last time these three took a picture together? They figured out that it was in Chicago, two and a half years ago! 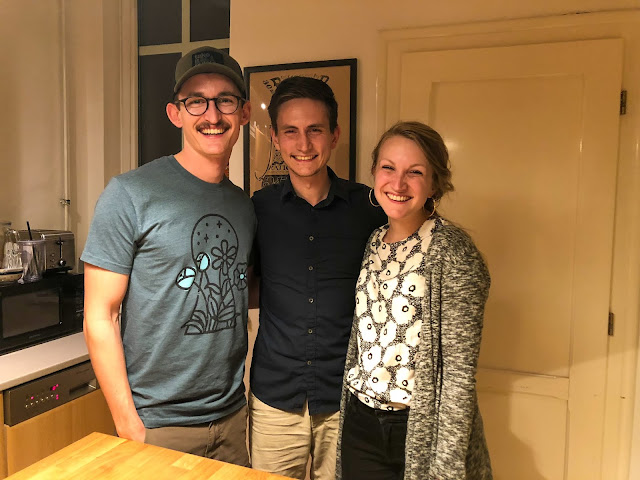 It is surreal to see the three of them back here in Czech. And even more surreal that they all live in Europe now, and serve with us in Josiah Venture. What a gift from the Lord, one we didn't expect or plan for. But a gift we are SO happy to receive!

Today was one of those precious days of receiving blessing after blessing from the Lord. I am one thankful mom tonight!
Posted by Living By Lysa at 11:00 PM