In the Lord's kindness I have slept the past two nights, despite the fact that I "should" be jet lagging after our week-end trip to the States for a friend's wedding. This is in direct answer to prayer as this morning, just two days after arriving home, I needed to be downtown Ostrava. 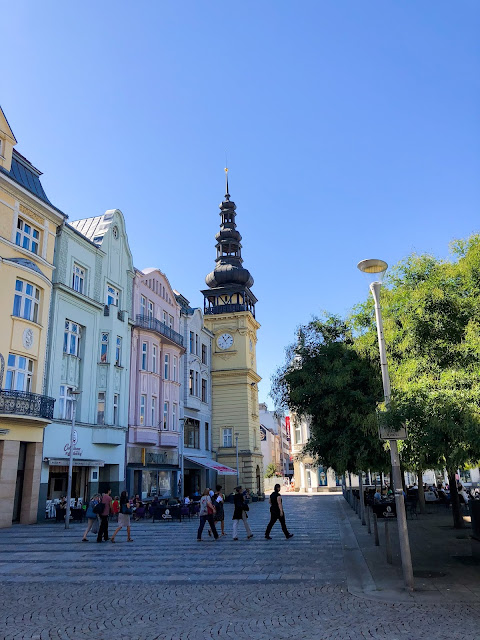 While I felt fine this morning, I still thought as I climbed these stairs, "Lord, help me with what I'm about to do!" 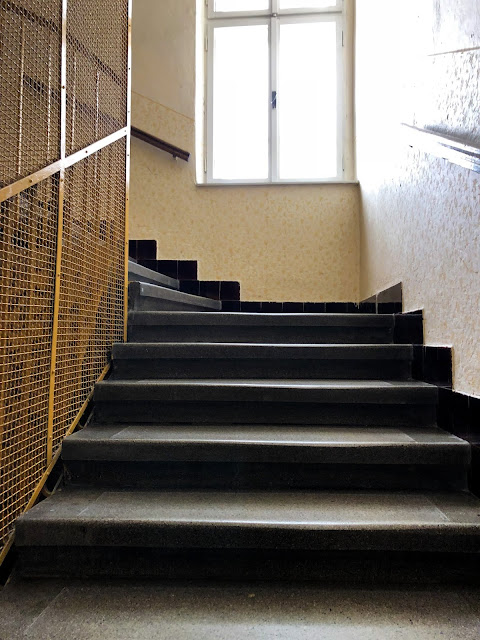 When this cheerful face greeted me at the top, I knew no matter what happened, it would be fun! 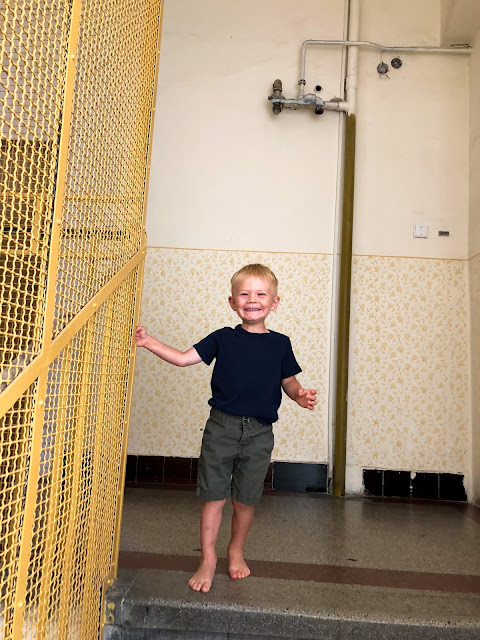 Tyler and Lara left early on Monday this week to fly to England where they are participating in a week of classes with For Mission, the theological education program that Tyler will be directing as their mainland Europe extension, and JV's first bachelor of arts education program next fall. They are gone all week, which meant needing help with the kids for five days.

Family to the rescue! 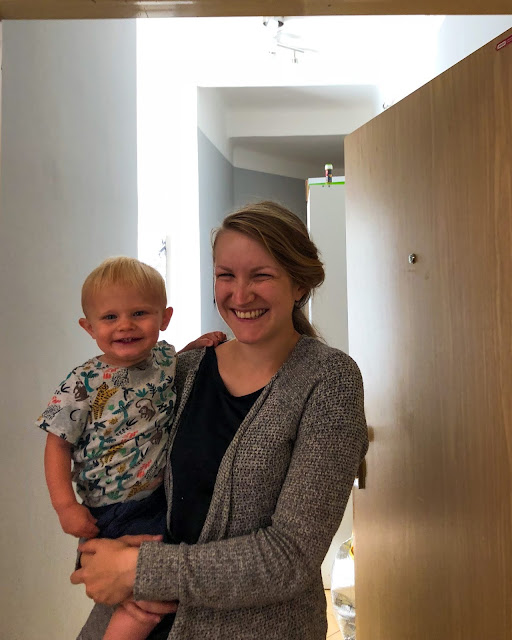 Claire spent the night with them on Sunday night, and they were already gone in the morning when Judah and Asher got up.

And when they got up, it wasn't a pretty picture shortly after. Judah came down with the flu. The throwing up kind. 🤢 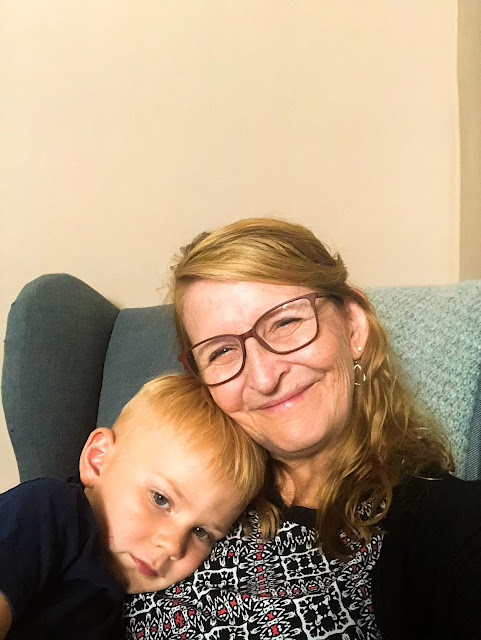 By Tuesday morning he'd stopped throwing up, but Asher had started.

And then Claire started feeling sick. 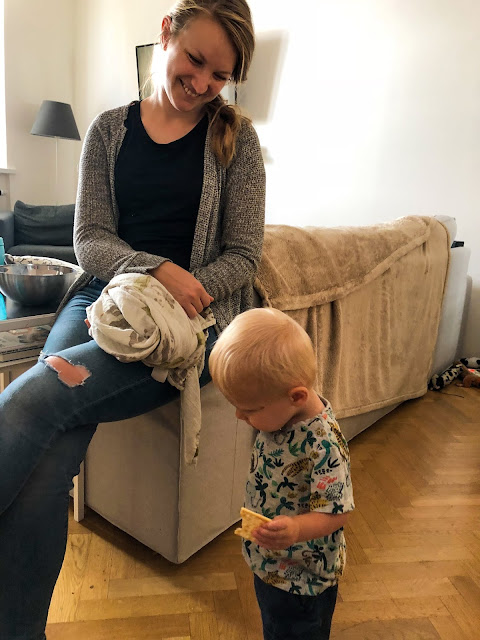 By the time I got there she was starting to go downhill, so I quickly scooped up the kids with her help getting us out the door.

No sooner had we gotten started towards our house, when they both fell asleep. Not at their regular nap times. 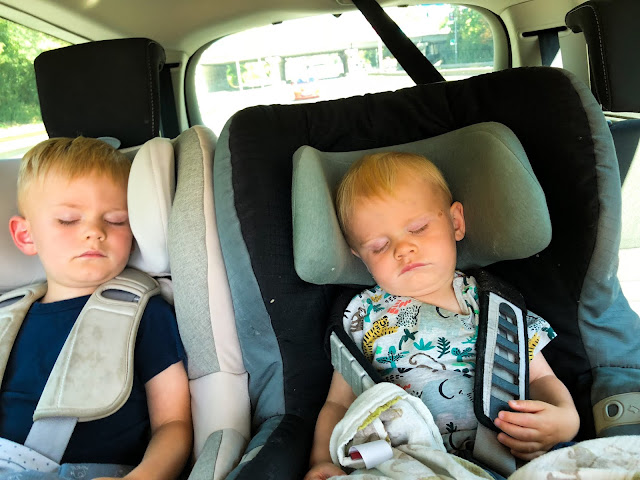 It's been a l-o-n-n-n-g time since I did nap times with my kids. But it doesn't take long for you to be refreshed on how important that part of the day is...for all involved!

As I drove the half hour to our house, I thought, "Oh well...I'll just stay in the car once we arrive and let them get in good naps rather than trying to move them into our house, up the stairs, and in to bed by myself.

But those "best laid plans" were foiled when we drove into the driveway! 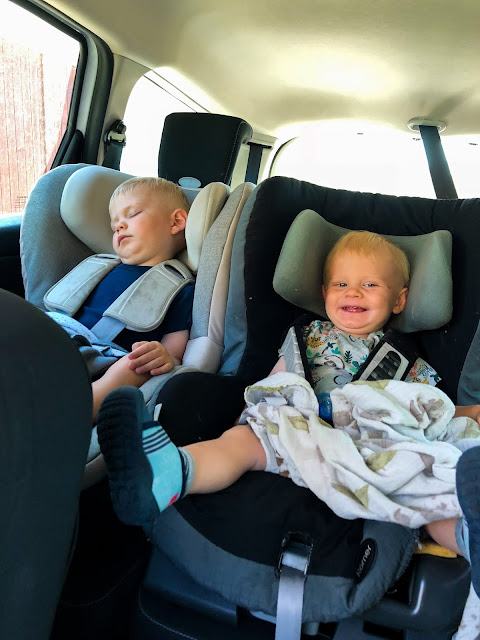 Even though Asher had a smile at first, he wasn't feeling his best and really needed to nap some more. But that wasn't going to happen, at least not yet. 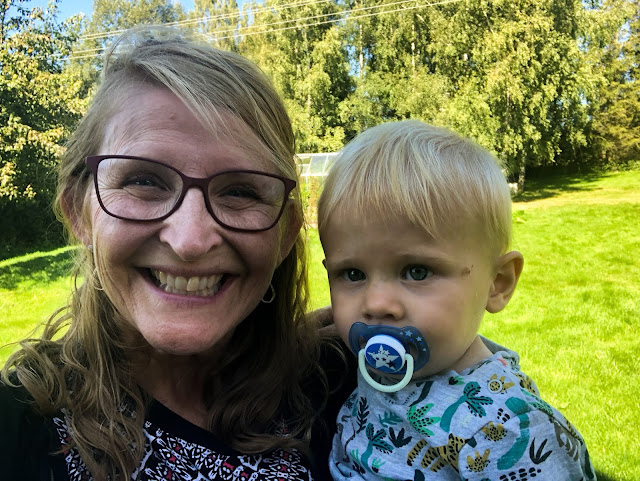 With Judah in the car, and not being able to manage both boys in my arms to get them into the house (with one possibly still asleep), I decided to try and hang out with Asher in the yard for as long as possible. I was hoping that Judah would at least get in his regular nap.

But that was not to be either. He woke up, crying and disoriented. Good thing Kaylee was out of the house by now to distract him! I coaxed a smile out of him as he sat on the sidewalk with her, orienting to the fact that he was now at Nonnie and Papa's house. 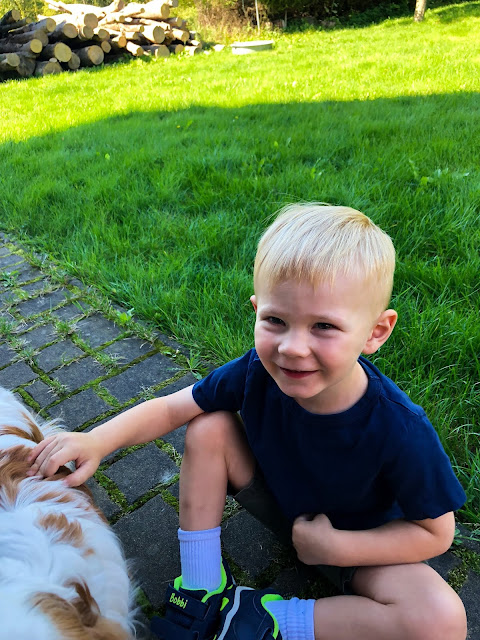 Since they were both awake now, we took the time to go explore the garden that their daddy has been working on this summer. Oh boy! The tomato plants in the greenhouse are like trees...with lots of tomatoes, and blossoms of tomatoes to come! 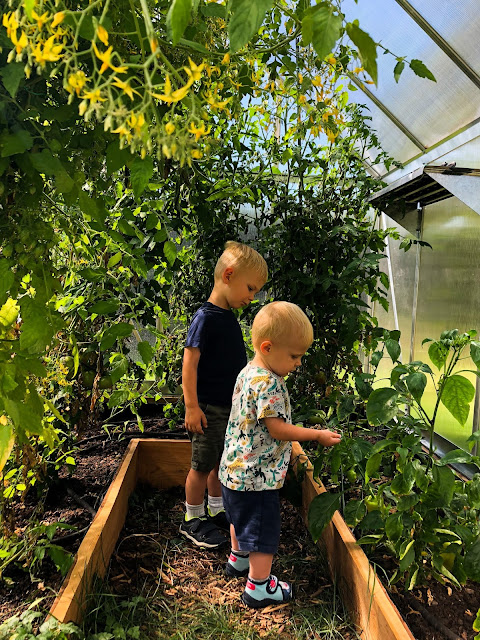 We pretty much picked and ate all the ones we could find, and then made our way into the house by 11:30. What to do with the rest of the day, and no one wanting to nap??!!

Well eventually Asher did go down again, but Judah was up for the day. SO glad Papa came home early from the office and decided to mow our jungle lawn. That was absolute entertainment for a good hour as he watched Papa pass by time and time again, in different locations, waving to him each time!

It definitely wasn't as much fun when Papa wasn't looking at him! 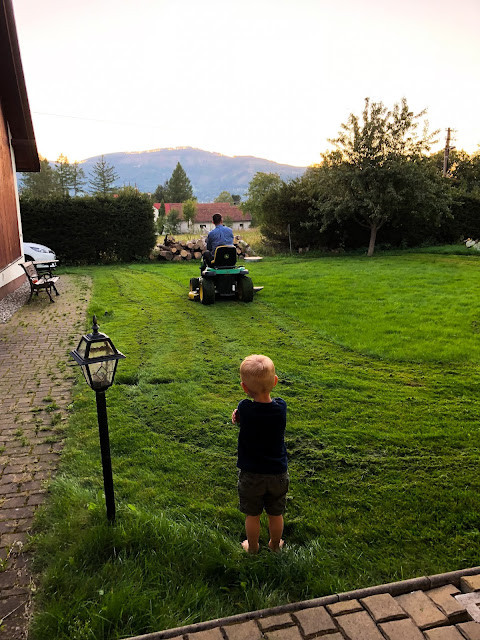 But oh the fun of running in newly cut grass! I couldn't even get those stains out after a half hour bath later on in the evening! 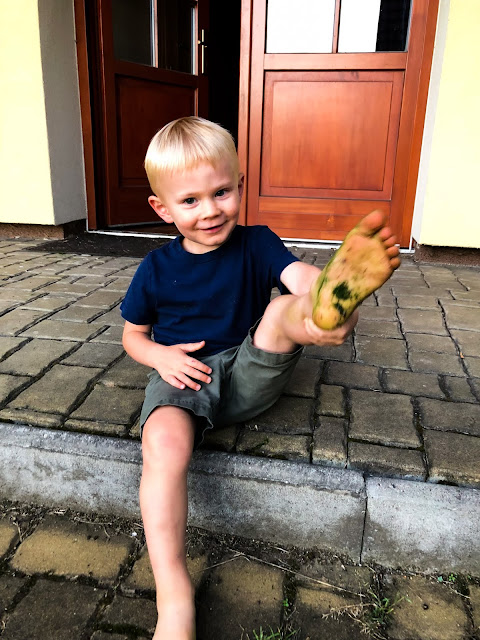 When Asher got up from his nap, he was starting to feel a little bit better, though definitely was a mellower version of himself. But for Asher, Papa makes everything better! 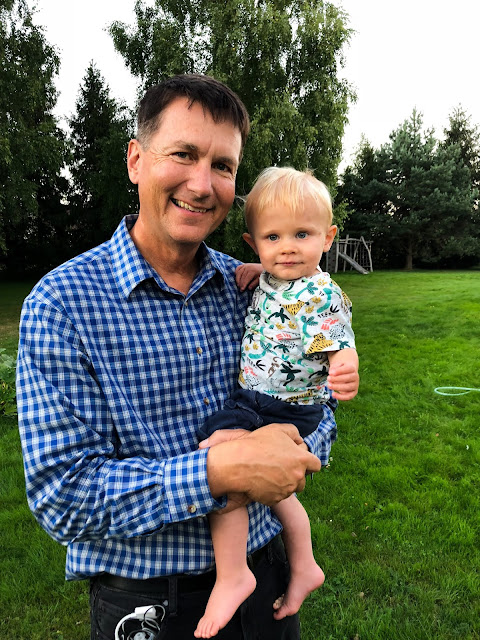 We entertained ourselves the rest of the day and evening with all sorts of things, including several walks with Kaylee. Oh what a patient dog she is, to walk just to the end of our driveway and back, with two little boys holding on and going very slowly! 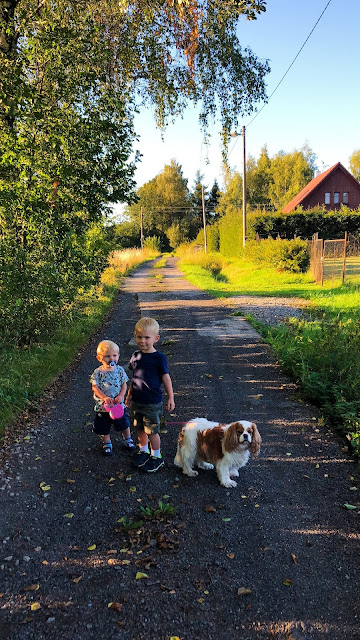 The boys will be with me until Friday night when I take them back into Ostrava and put them to be bed. Tyler and Lara will be back after they're already down, but at least their family will get to wake up together on Saturday morning!

And until then, it's a joy to have them with us.

I only hope I don't catch whatever version of the flu virus that is going around, as Claire ended up getting the very same thing as them later today. 😓 She definitely gets the "aunt of the year" award for not only caring for sick kids, but enduring the sickness herself.
Posted by Living By Lysa at 10:23 PM