SO much fun waking up in Hvar to these little guys!! 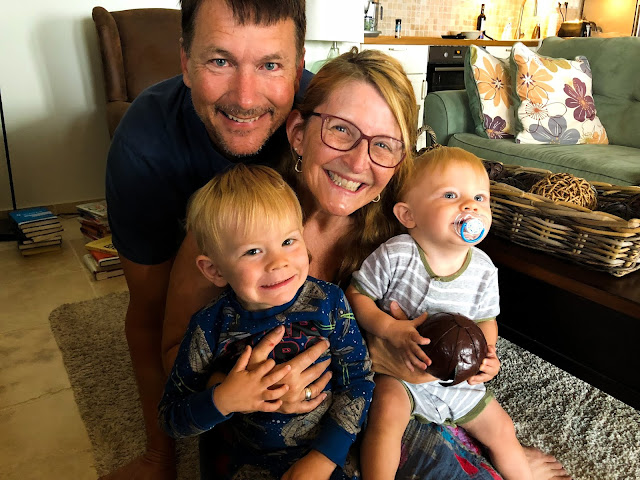 Tyler, Lara, Judah and Asher arrived last night from Czech, to come here and spend a week of vacation with their family. Thankfully we got to overlap for a few hours with them! 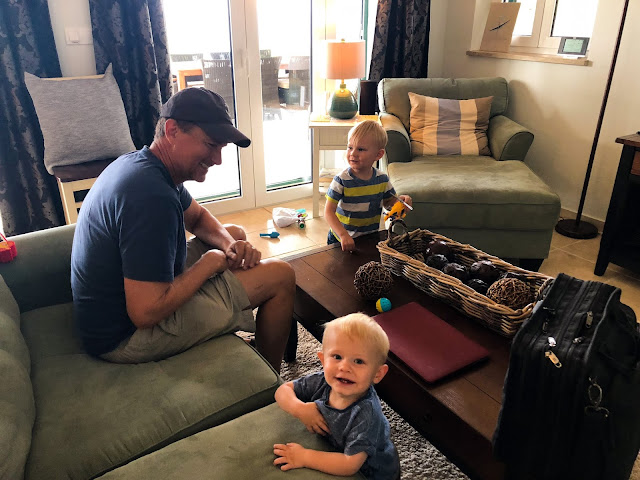 But with the clock ticking towards the departure of the ferry from Hvar back to the mainland, we soon had to head down to the marina.

Our boat has been moored there but now needed to be taken out at a different marina. Dave needed to get going as the wind had unexpectedly come up in the night, meaning it would be a longer trip than usual around the end of the island to the other marina. 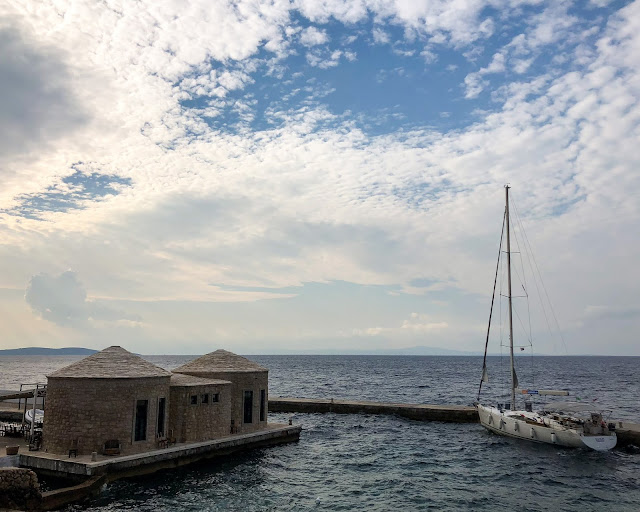 Tyler, Lara, Judah and Asher came down with us to see "Papa" get into his boat! 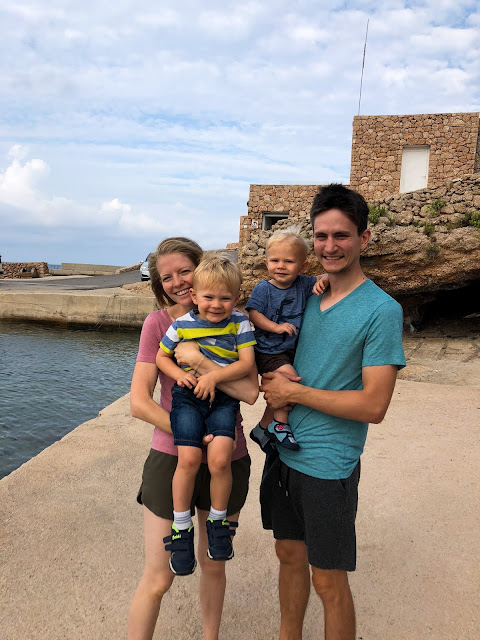 While he readied it for departure, we watched him from the safety of the jetty. The wind was really blowing by now, making the boat rock up and down pretty badly. I had to go onto the boat for a few minutes to help Dave, which made me a little seasick even in just those few minutes! 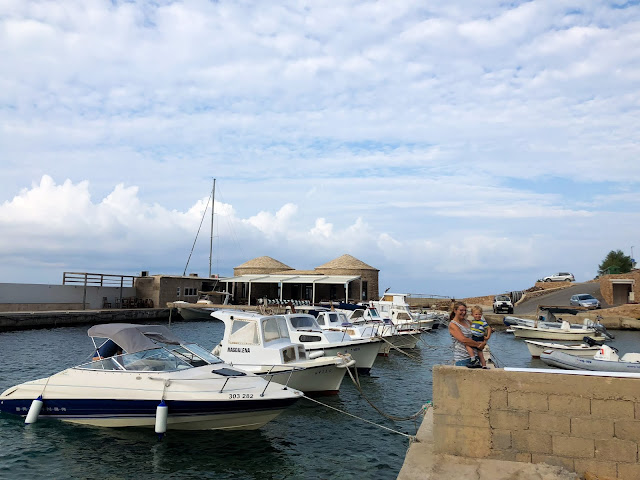 As Dave worked on a few things, we enjoyed the immense pleasure of happily throwing rocks into the sea...as many as we wanted! 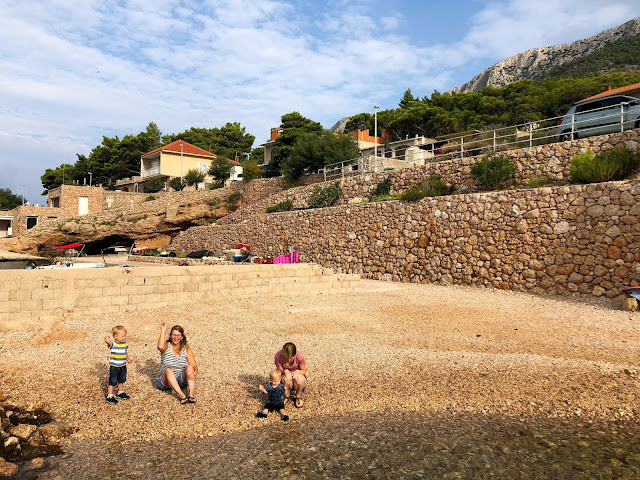 Finally it was time to wave Papa off so we rushed around to the outside part of the jetty to see him. 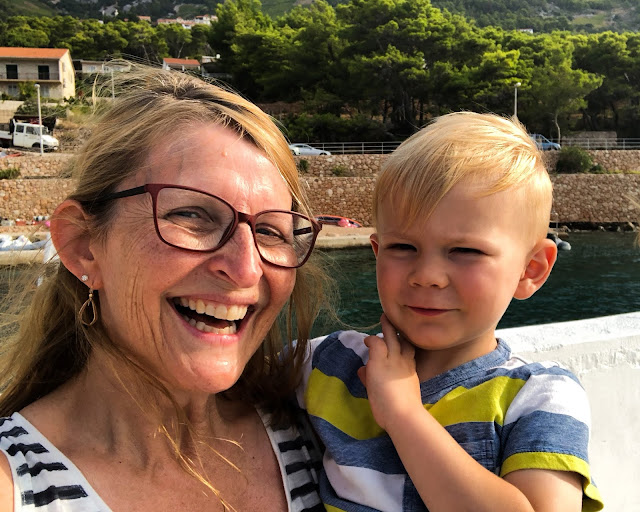 But as he was heading out, and we were waving, I happened to reach down into my pocket (why? That can only be explained as a "God moment") and realized that Dave had the car keys in his pocket! 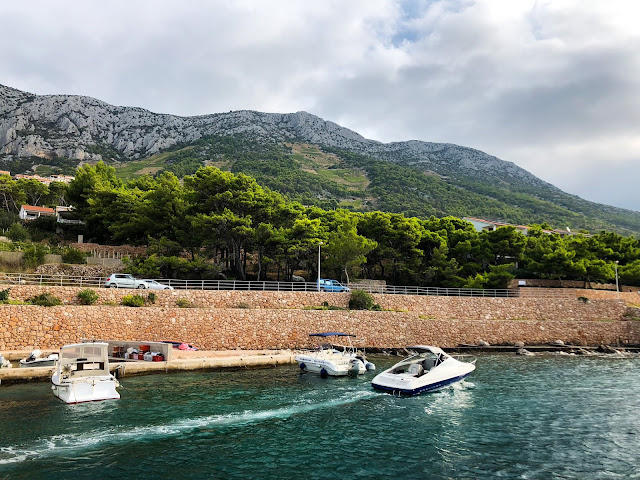 By the time I was able to get his attention by yelling and jumping up and down (Judah was probably wondering what went wrong with Nonnie 🤪), he was already out of the harbor. 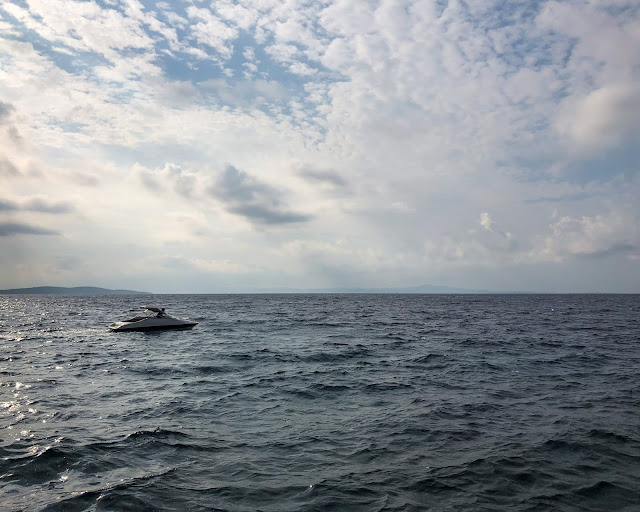 Thankfully he saw me, and understood my sign language and yells across the water! Against the bouncing waves, he motored back in and tossed the key over to the beach where we'd just been throwing rocks. Can you say "heart in throat", as I wondered if I'd be swimming to get those keys if they didn't make it??

While Tyler, Lara and the boys headed back to the house, I headed in our car to the other end of the island and arrived just two minutes before he did! 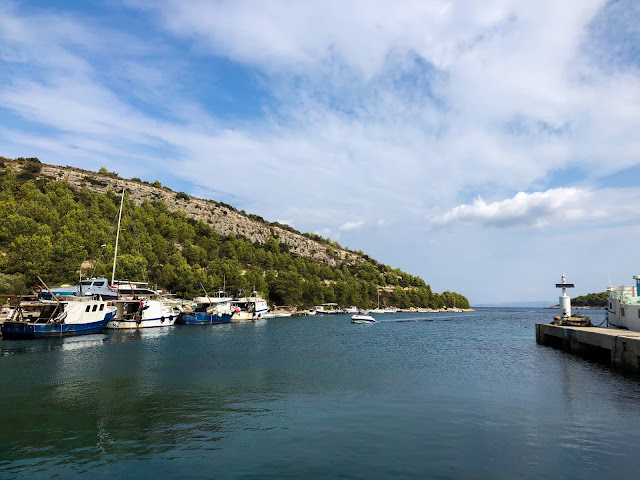 Shooting for the 2 PM ferry, we were watching the time closely as the guy who comes to take our boat out was late. Oh well...good time for a picture of relaxed Dave! 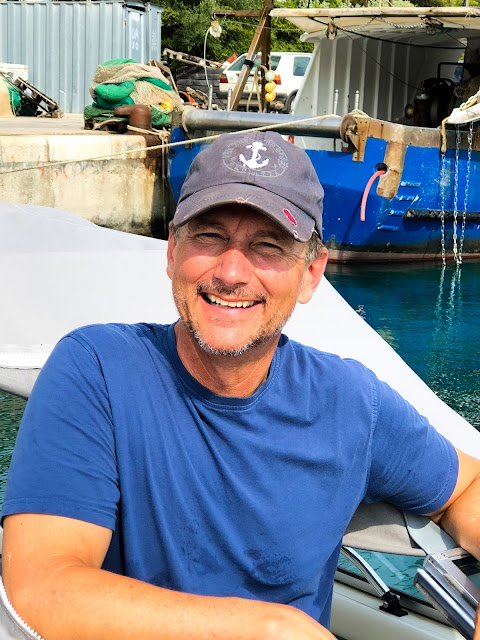 But not before going back to the house to pick up all of our things and say goodbye! 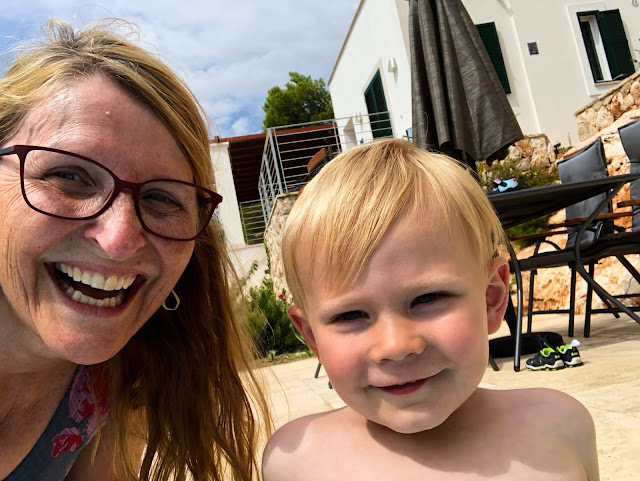 We could have had things packed and ready in the car when we left at 9 for the marina, but that just seemed too short of a time to see these dear ones! 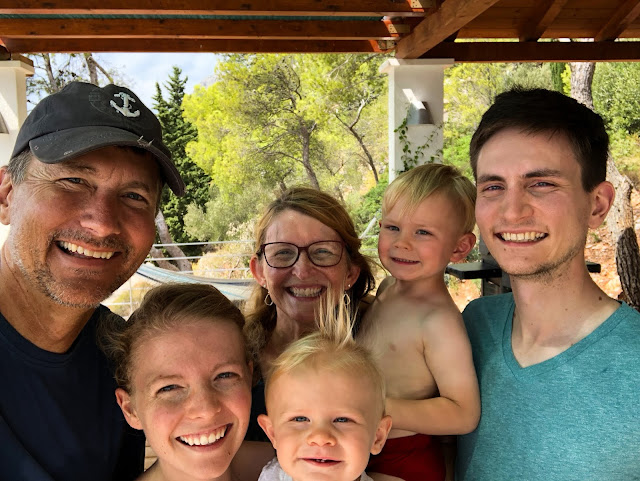 Finally it really was time to get going in hopes of making the next ferry. There were lots of hugs and kisses, but then a boy had to do what a boy had to do...head for the pool! 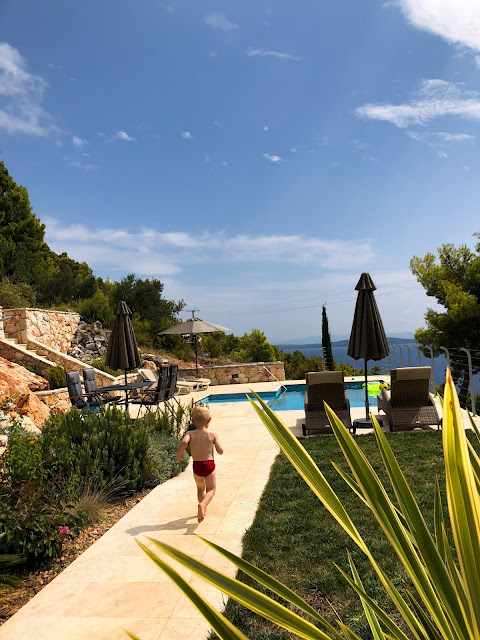 We wished them all a great vacation, and headed back down the dirt road, picked up the boat and trailer where we'd dropped it off, and hurried to the ferry port. 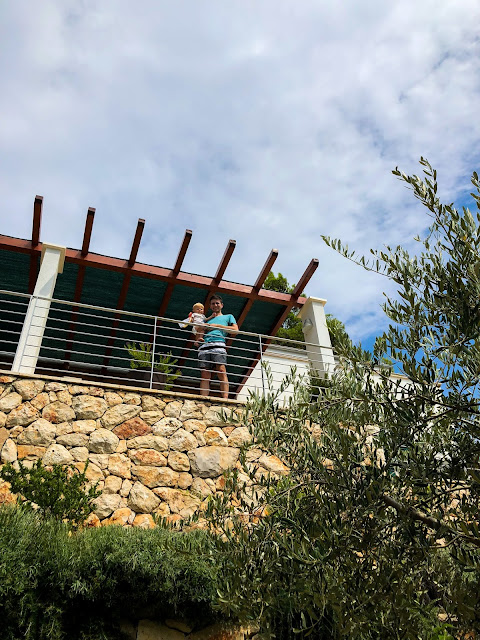 So glad they get to be in Hvar this week for their own vacation!
Posted by Living By Lysa at 3:30 PM