After becoming ill with a serious sinus infection (who knew those could take you down so fast and so hard??), I wasn't able to travel with Dave to Slovenia for a retreat with our JV team there.  But because we were planning to continue on after that, I needed to get down to Slovenia to meet him.

The easiest and cheapest way was by train today. 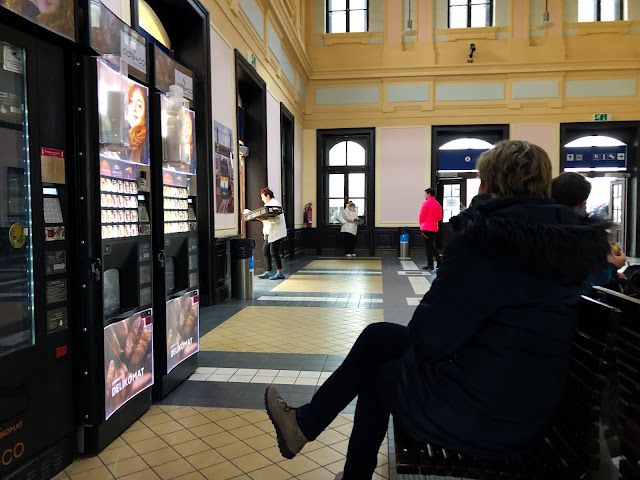 My friend Petr dropped me off twenty minutes before it was set to depart. But five minutes before the train was due to arrive they announced an hour delay.

Okay...it's not the end of the world! I'll get a cup of tea of of the automatic dispenser to keep me warm in the unheated waiting room. 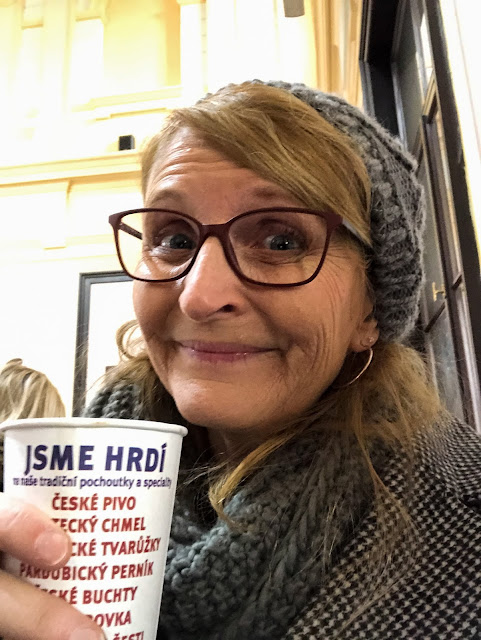 But five minutes before this later departure, there was another announcement. Now the train is 90 minutes late. 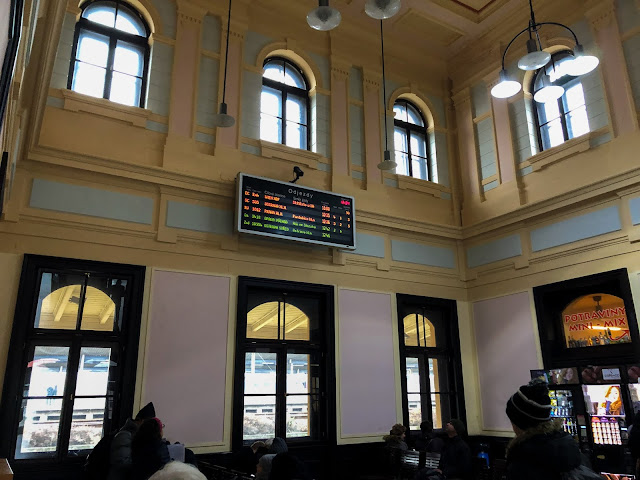 Thoroughly chilled by now, this was not the best news. Not for my sinus infection (surely sitting in a cold waiting room for an hour and a half is not what the doctor ordered), nor for my connecting train in Vienna.

In all, the train was 100 minutes late - with no explanation. But I made it to Vienna with just minutes to spare before catching my connecting train on to Slovenia. 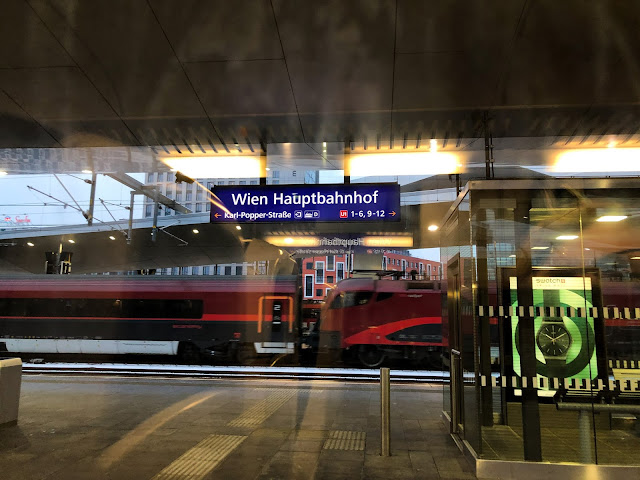 Resting in a compartment by myself, I now could relax as I knew I'd make it there tonight.

Or so I thought. 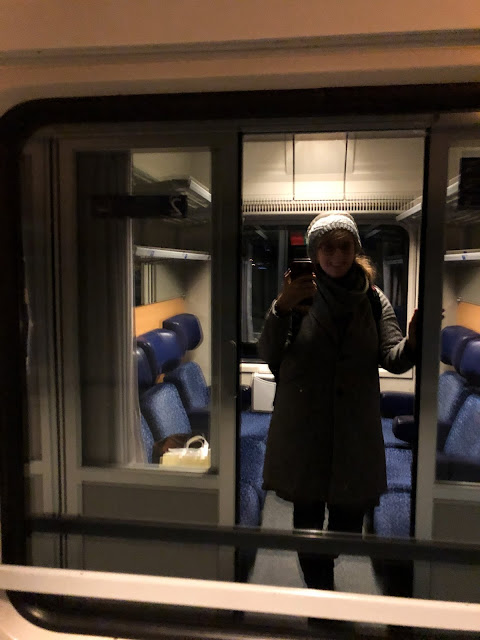 Ten minutes into the journey the train conductor came by to tell me there was a problem on the track, and that we'd be stopping in ten minutes. 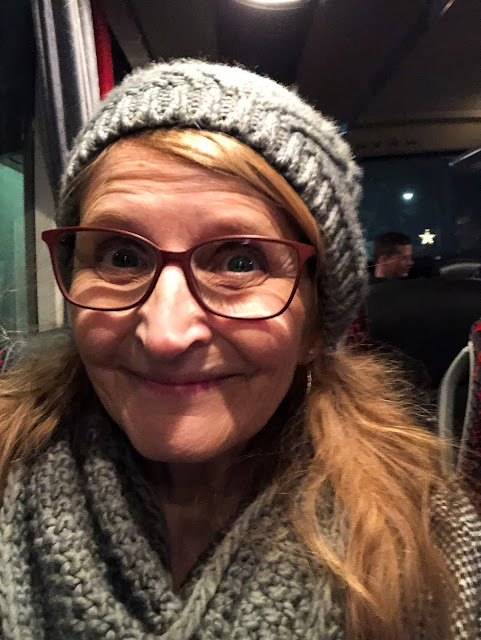 Thankfully there weren't many of us going to Maribor so the bus was mostly empty, except for me, a family, and two guys speaking English in the back! The train company sure didn't make their money on us today, having to rent a whole bus to take us to our destination! 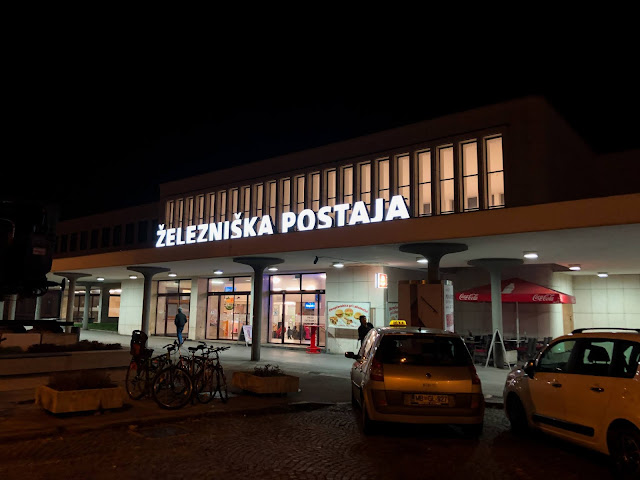 Dave was just leaving the retreat with our Slovenia team when I arrived into Maribor, so I took a taxi to where we were staying. Or least, tried to. 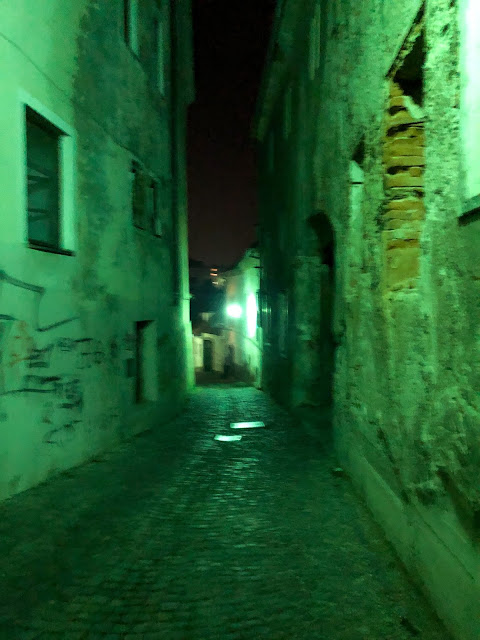 The taxi driver had never heard of the place I'd reserved so dropped me off at that alley and pointed me down the street. I was, to say the least, a bit nervous to walk down there. But what else could I do?

At least this view greeted me when I got down to the river! 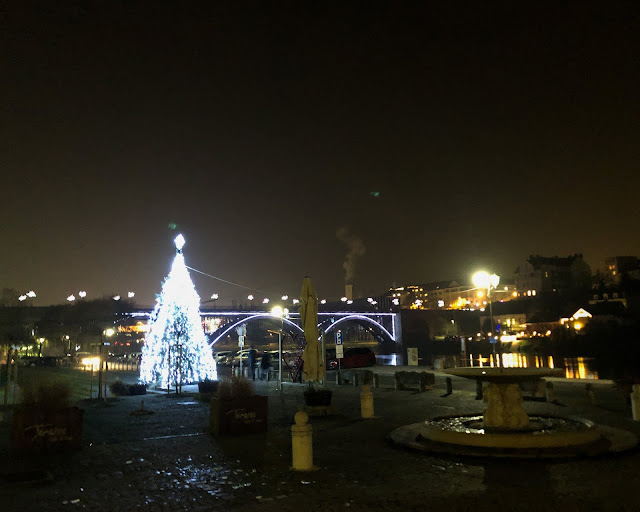 Walking around in the dark, in a place I don't know, by myself, feeling sick, is not my favorite thing to do...to say the least! And then when I finally made it to the address, it said the check in was somewhere else! 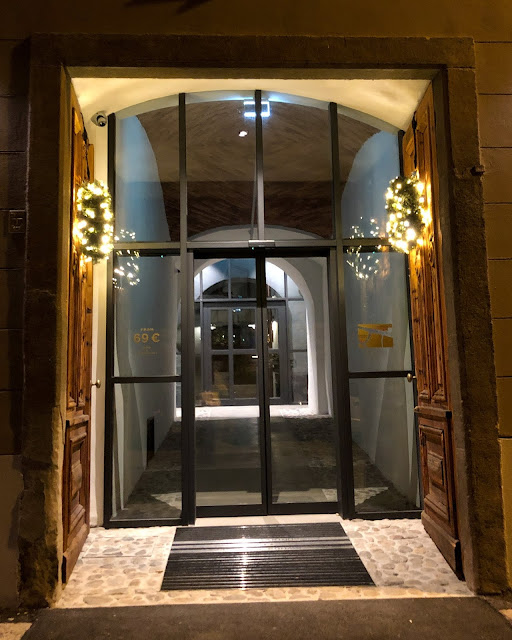 So I walked back up that alley, praying out loud for God's protection! It's not that this is a sketchy city or that there were any people around (oh yeah...except for the two guys that were watching me across the street...). Believe me, I walked fast!

And when I arrived at the check-in I messaged Dave that I was staying put!

Even when I'm feeling well I'm not always brave! But this day certainly took all my faith in the Lord's covering to see me through it.

It's good to be in Slovenia. And it's good that Dave is here with me.
Posted by Living By Lysa at 8:30 PM