My day started off with an early morning tram ride in Vienna, sitting next to Judah (with Lara across from us, taking the picture!). 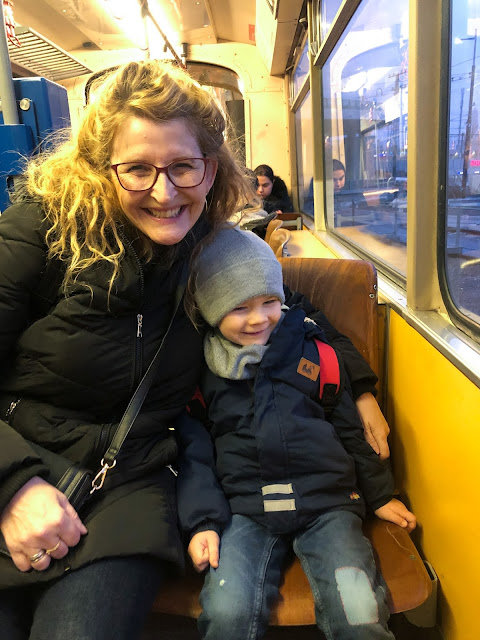 The three of us came to Vienna last night so that we could be here in time for early morning testing appointments, like here in this beautiful ultrasound center. 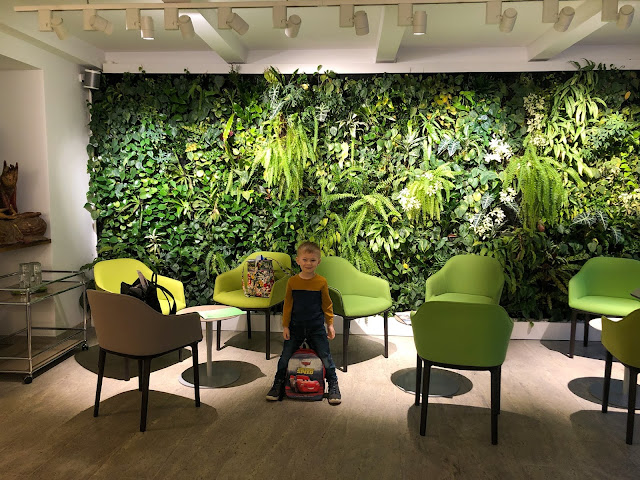 When Judah was two months old he was diagnosed with a digestive system deficiency. Under the guidance of doctors, Tyler and Lara have been tackling it with dietary restrictions over the past four years. But Judah still regularly complains about stomach pain. So that's one of the reasons we're here getting him tested. 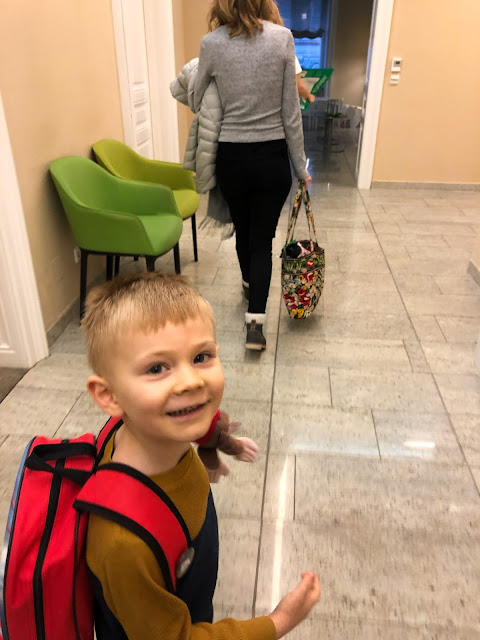 Lara has suffered from chronic migraines for years. She's also tried different dietary restrictions, but those haven't resulted in a long term solution. She's also experienced regular digestive pain for the past five years. So we're hoping that these tests will help our doctor in Vienna to find a path to healing for both of them. 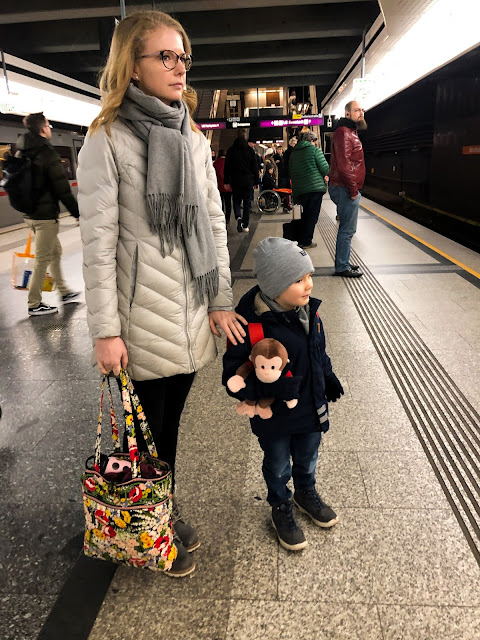 Traveling with Curious George throughout Vienna to our different appointments, was just the cutest all day! 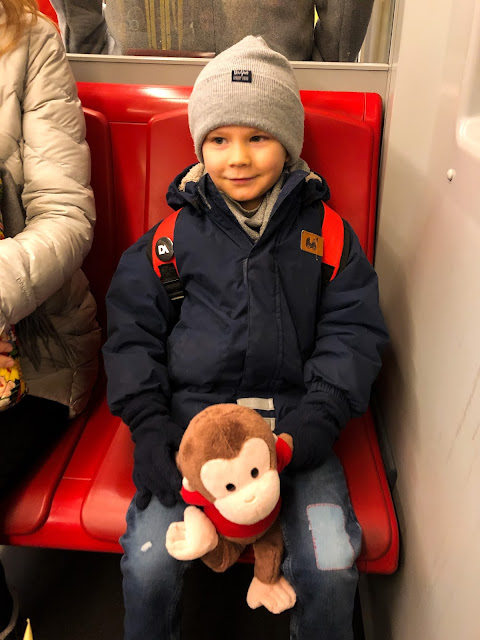 We took the underground metro to our next appointment, coming up the long escalator to get back to street level. 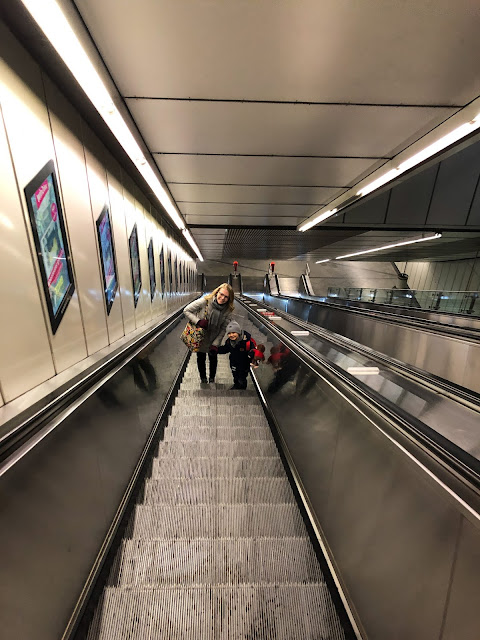 The next round of testing was at a clinic our doctor calls her "secret weapon"! I've been here for testing before, and the results that come back are the most in depth I've ever gotten in my life! They can test all the way down to the mitochondrial cell level.

Lara was first up to give blood samples, while Judah and Curious George watched. 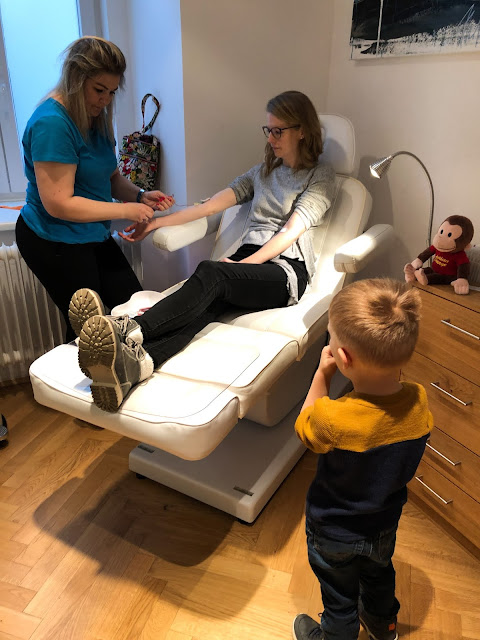 All was well as Judah's turn came next, and he climbed up on his mom's lap to get the "poke" in order to have his blood taken. 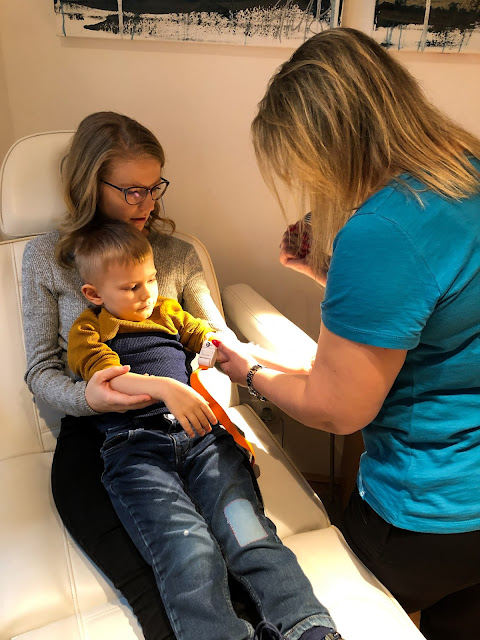 No matter how much explanation his mom and dad had done ahead of time, that first moment of being poked brought on quite a reaction. 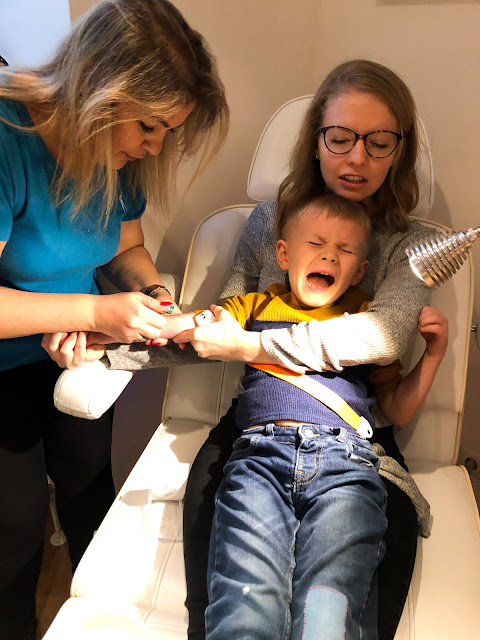 He couldn't calm down, and the needle came out, which meant the nurse would have to do the poke again.

She quickly realized that Judah needed time to recover so let him go out to the waiting room while she brought him tea! 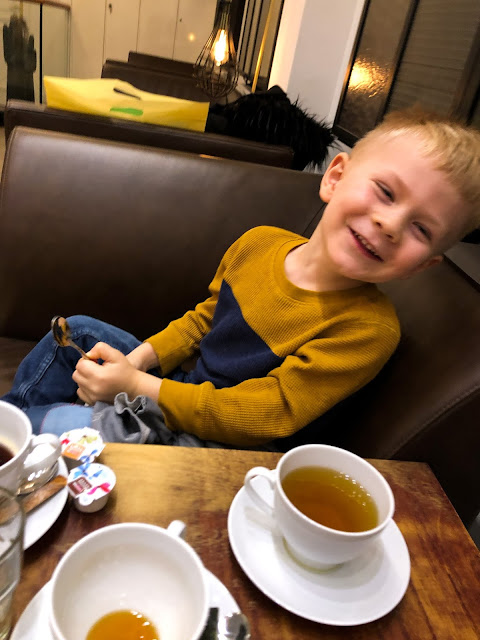 As he stirred in some sugar, I sang that famous song from Mary Poppins, "Just a spoonful of sugar helps the medicine go down..."!

The nurse wisely decided to call in the doctor to do the next poke, and she was quite fast and efficient at collecting blood into all the vials. 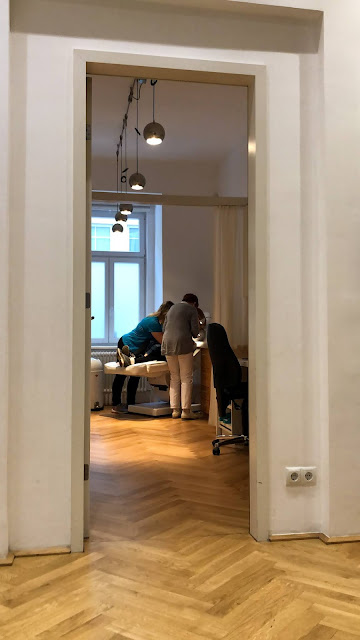 Judah still cried, but it was over in a flash and before he knew it, he was rewarded with a Batman bandaid! 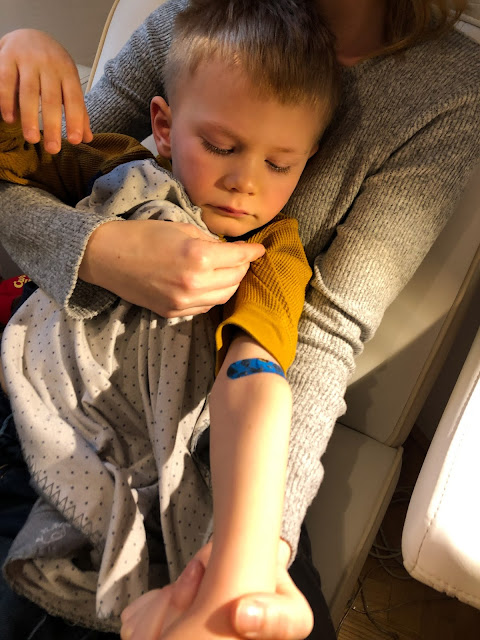 And even Curious George got a bandaid for his part in helping Judah through that traumatic event! 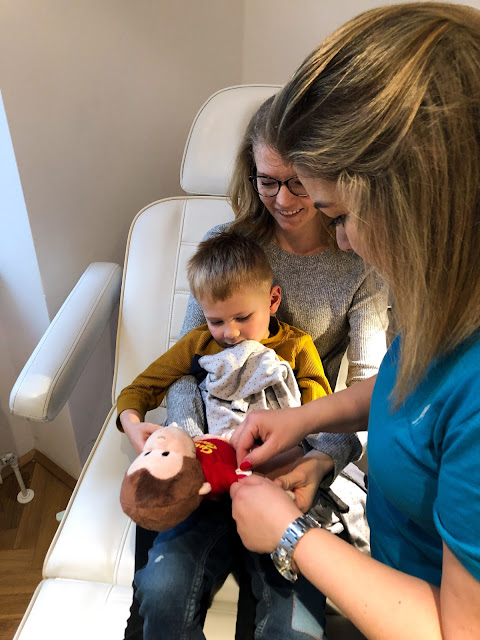 By the time we got to lunch, we were all ready for good food. Need a good, easy and healthy option  in Vienna? Try Vapiano's! Judah highly recommends the spaghetti bolognese, especially after a trying morning of tests! 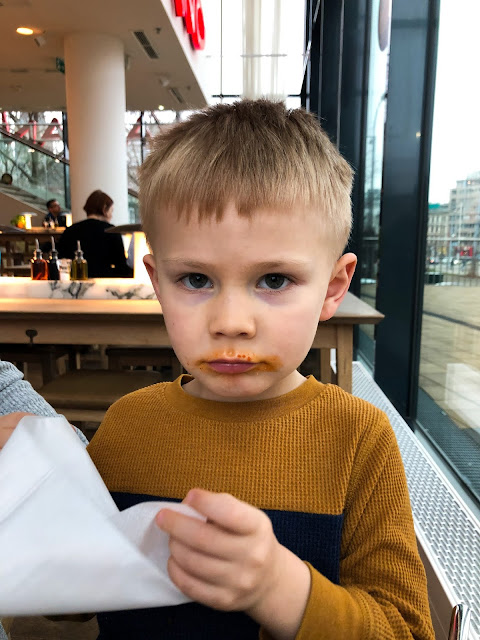 He was such a trooper the whole day, hanging in there through all the walking and testing. We're sure praying that these tests will give the doctor a path forward to helping him feel better. 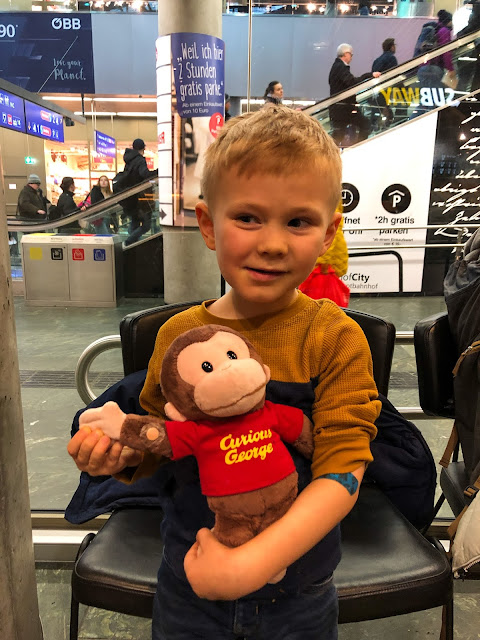 Even though we were only here for medical reasons, it was such a sweet day with both Judah and Lara, and I loved getting to be with them, and help navigate the way through it all. 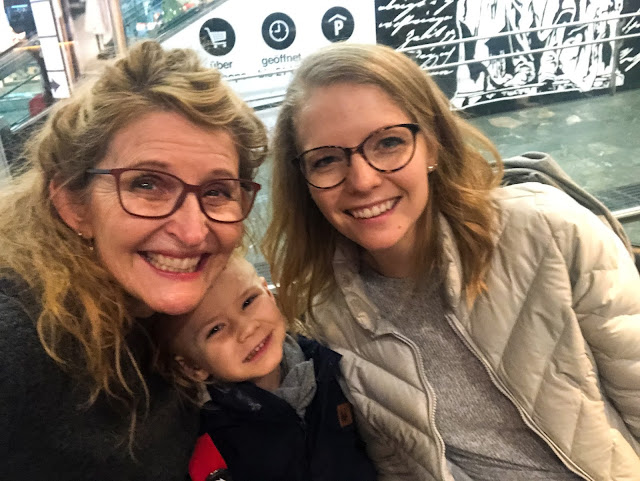 The testing results won't be in for a month, so it will be a bit before they hear any news. In the meantime you can be praying for clear results that will bring healing to their bodies.
Posted by Living By Lysa at 10:30 PM