After a wonderful birthday celebration for Caleb at our house, I rushed back up to Malenovice this afternoon for something new to me. 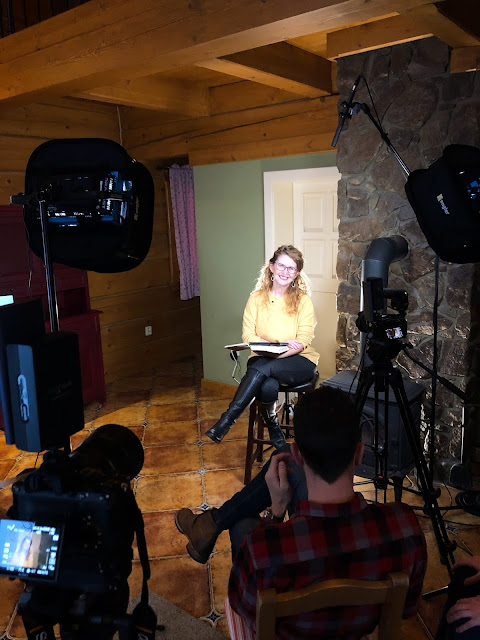 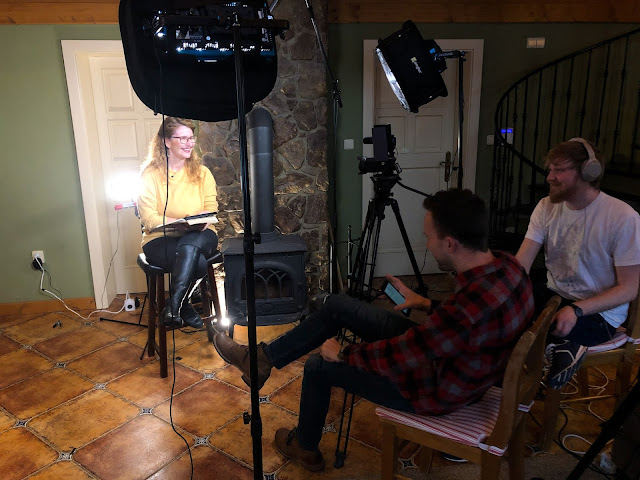 I was given a fifteen minute slot to film about the JV Prayer Room, and tell how it came about, how it works, and what my vision is for it. 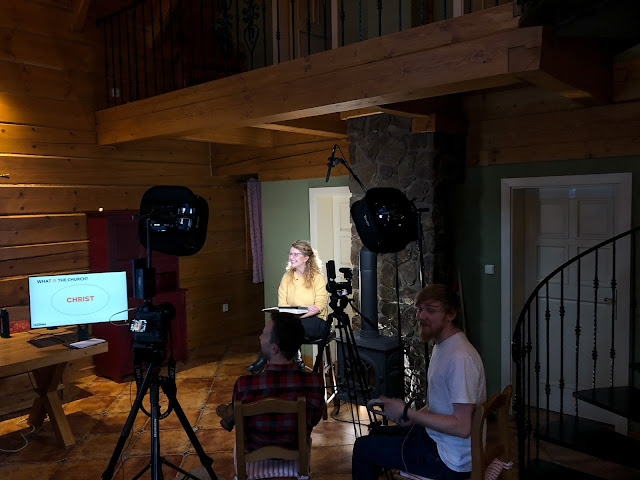 Two of our communication team members, Mara and Marek, set it all up in one of the cabins at Malenovice so all we had to do was come in and do our thing...which can be easier said than done!

I was a little nervous about it, and simply prayed beforehand that I'd be able to do it in one take so that it didn't take up more of their time to splice and edit if I messed up and had to redo parts. 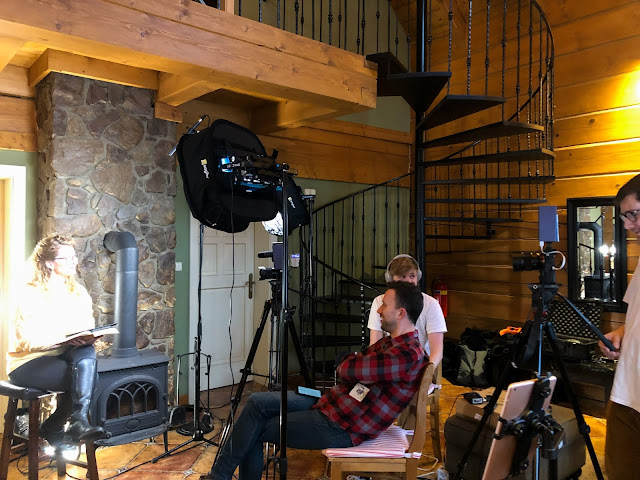 I also asked Rob (in the red long sleeved shirt) if he would interview me, off camera, so I had prompts.

My brother-in-law, Josh, was already there to film too, so he took a few pics for me, and was an encourager with smiles and "thumbs up" as I filmed.

And you know what, I did it in one take! PRAISE THE LORD! It was actually really a joy to do it, and I hope it will be another good part of the equipping our team does for new JV missionaries in training before they leave for Central and Eastern Europe.
Posted by Living By Lysa at 11:31 PM