My flight out of Portland, Oregon was absolutely stunning this evening! 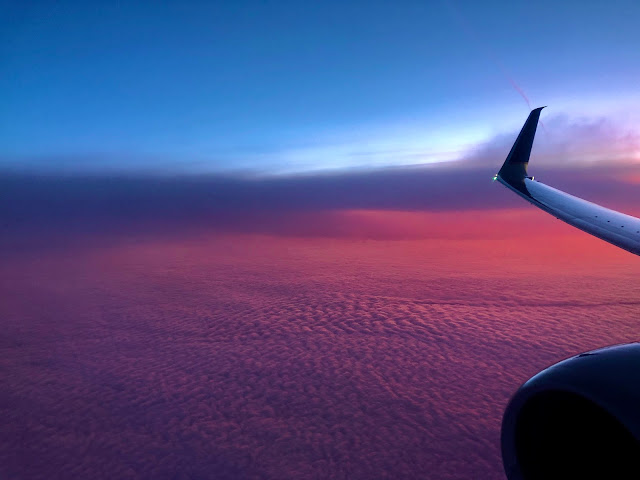 I'll spare you all the other photos I took capturing the beauty of the sunset as I made my way to Denver. 🤣 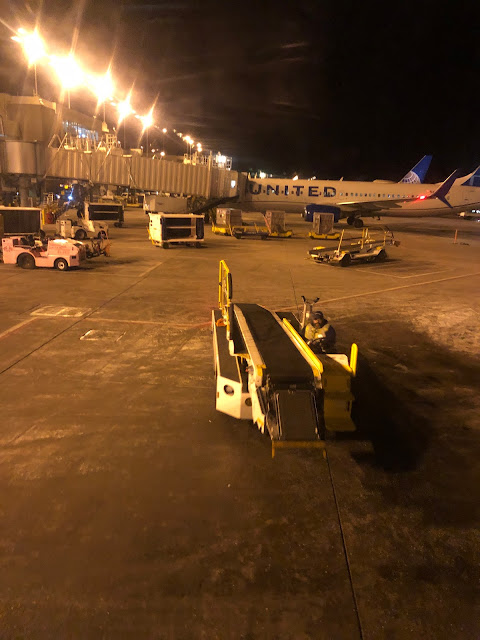 Dave flew in to Denver earlier today and went straight to his mom and dad's house where we'll be this week-end.

I had made arrangements with my sister-in-law/love to pick me up when I arrived, so wasn't watching for anyone as I made my way to baggage since I knew she'd pick me up on the curb outside.

When I heard someone call out my name, I almost thought I was hallucinating! 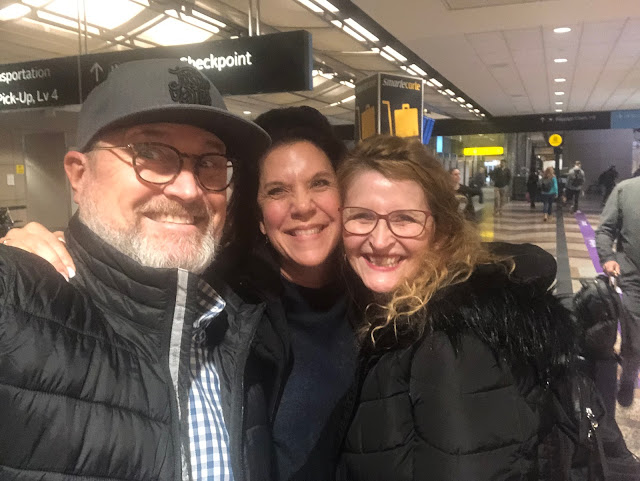 I had no idea that Mel and Amy were going to be in Denver at the same time as me!

In fact, THEY didn't know they'd be in Denver at this particular time, since they'd been able to take an earlier flight from Chicago, after having traveled across the ocean from Czech today.

They were waiting for their bags to come out when I came by.  The window of time that they were there was such a short one that it's amazing that we saw each other. 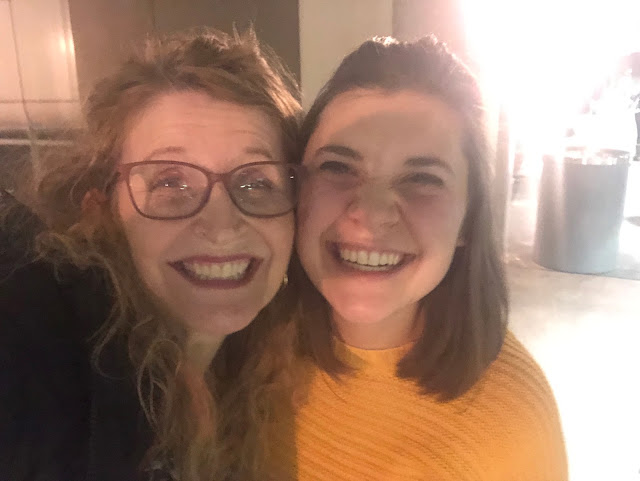 I walked out with them to the place where they were getting picked up (and where my sister-in-law was coming too) so got to see their daughter, Hayley, and her husband before they all took off for Fort Collins.

I still can't believe we ran into each other for those short minutes. 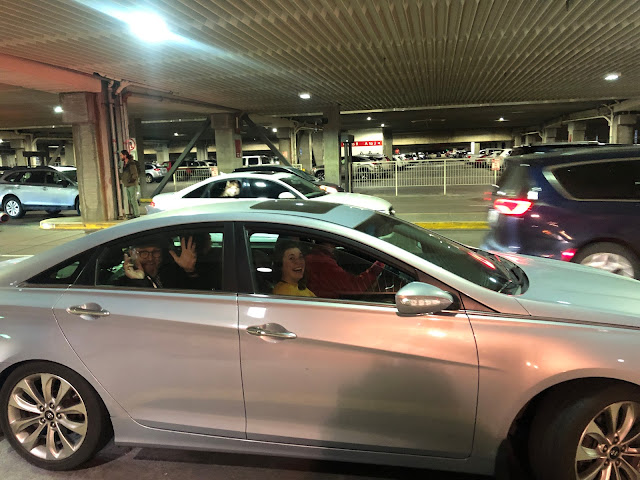 Just a few minutes later, Joyce arrived and we were off to Dave's mom and dad's house! 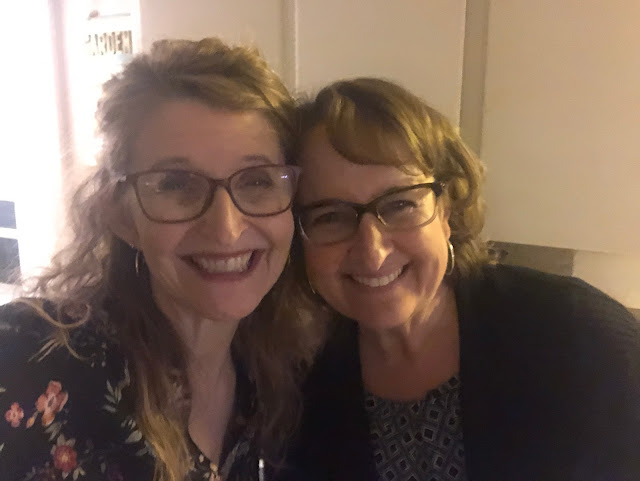 What a sweet kindness of the Lord to make a travel day so enjoyable with all the people connections!
Posted by Living By Lysa at 11:00 PM