Caleb spent the night at our house last night so that he could get a little time with Haley and Charlie before heading off to Albania with their four interns today. 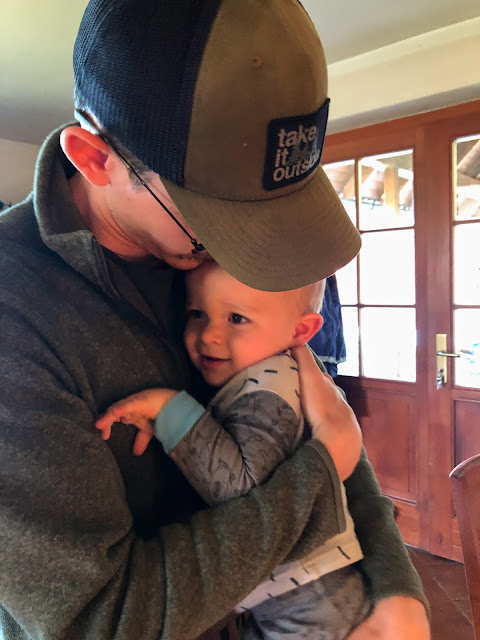 He gave hugs to them at 6:45 AM and then was off to the hotel to pick up the guys and get on the road. It will be a two day trip for them to get to Albania. 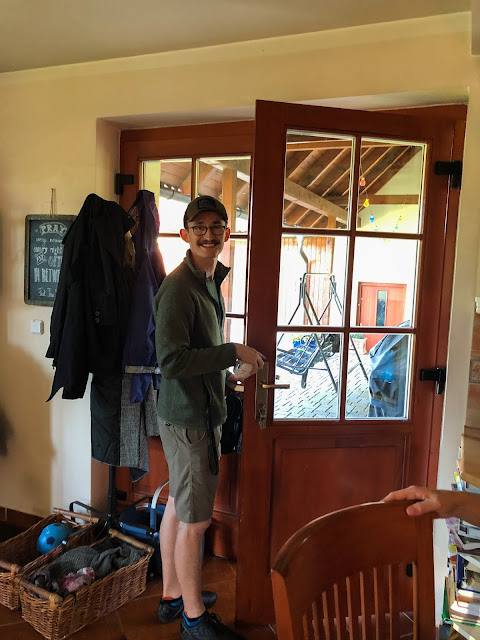 Since there isn't room in the car for Haley and Charlie, they are headed back to Bratislava today where she'll get one more night with her mom and dad (who, if you don't already know, serve with JV there), and then they'll fly home tomorrow.

With two hours before they needed to be up at the hotel to catch their ride to Slovakia, I took full advantage of enjoying all of Charlie's morning activities! 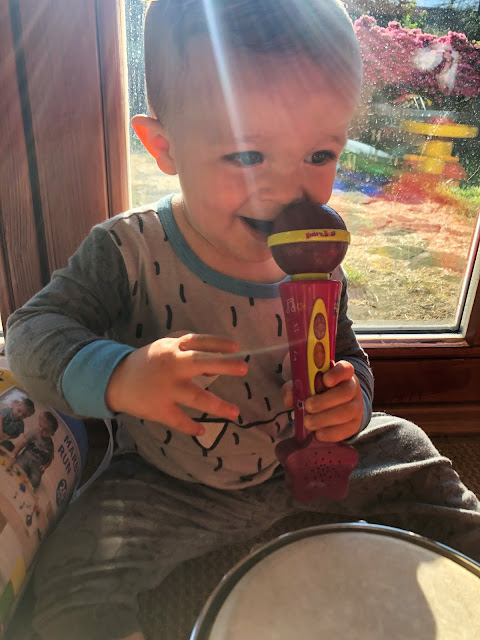 This little guy surely has music in his DNA, given the gifting of his parents, grandparents (all four of us are musical), and his aunts and uncles! It's so fun to watch that developing even at this early of an age. 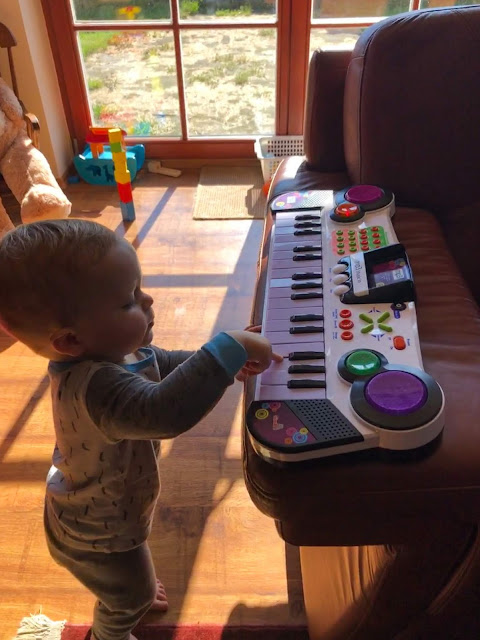 He's got some other skills too though. 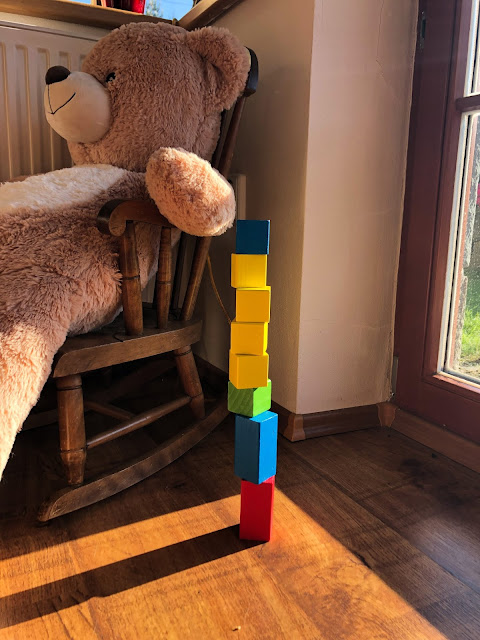 Haley and I were having coffee in the kitchen while he happily played in the living room. But he came running into us saying "Tower! Tower", and motioning for us to come and see. We were both astounded to see that tower, that apparently he'd built himself!

We might not have quite believed it...except that he did it again a few minutes later! 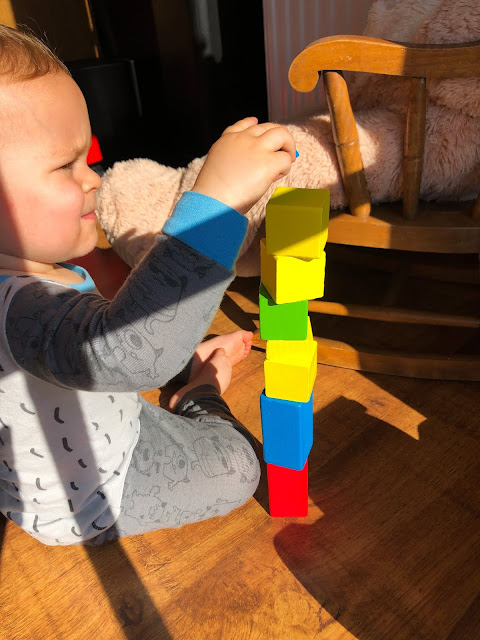 Perhaps he'll be a builder someday?! 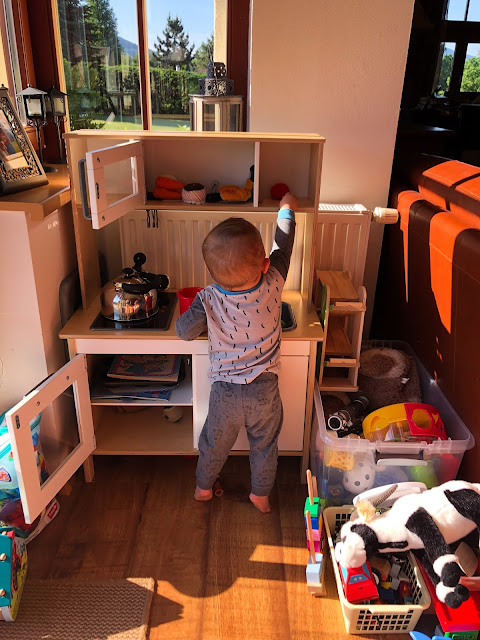 For nearly a half hour I sat here with him while he moved marbles to and fro, putting them in the cupboard, taking them out and putting them in cups, and rolling them under the little kitchen, only to get on the floor and then retrieve them! 😂 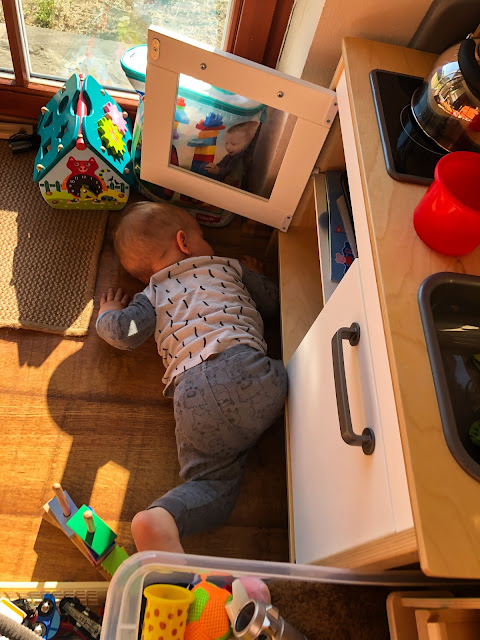 He was highly entertained, and quite delighted with himself for all that he was accomplishing this morning! 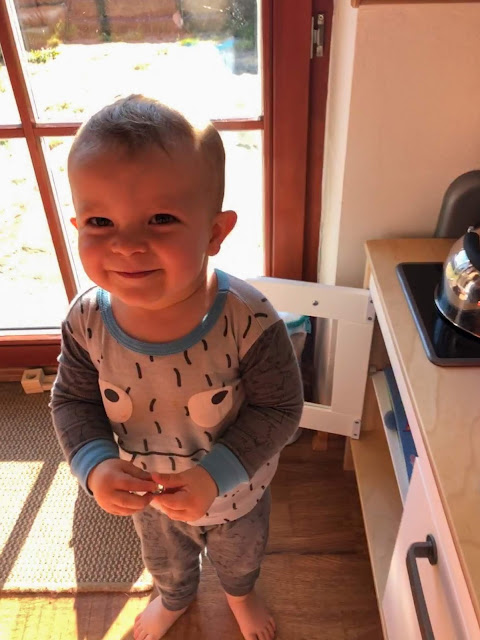 He's got quite a sense of humor too! Here he is tickling the bear and making the sounds FOR the bear of laughing at the tickling! 🤣 🤣 🤣 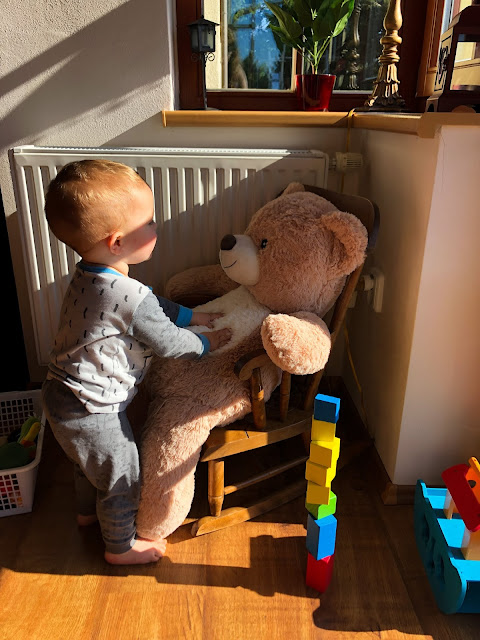 What a fun little man Charlie is! 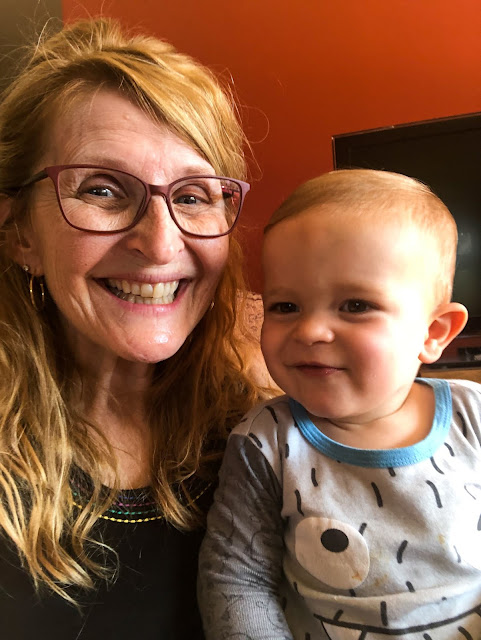 We got everything packed into my car to take up the hotel to meet up with her mom, only to be surprised when we got there by these two who'd come up with their parents to say goodbye to some of the interns! 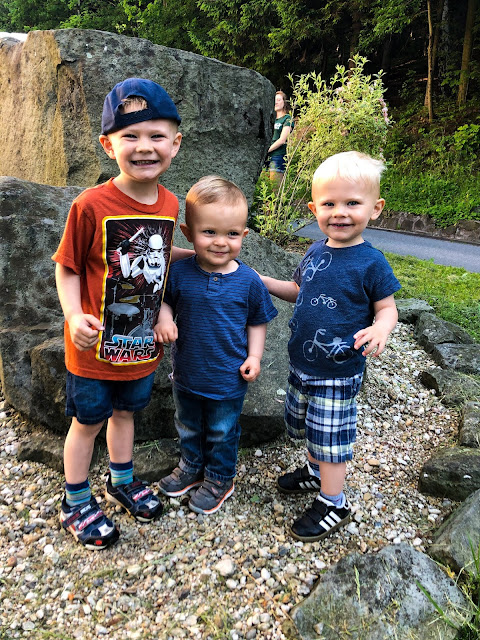 You know me! 😉I'm never one to miss a photo opportunity!


These boys won't be together again until September so I'm glad they got one more time to see each other!

And I'm thankful for the goodness and kindness of the Lord to give us so many opportunities to be with our kids and grandchildren!
Posted by Living By Lysa at 11:34 PM