The Kingdom of God: on Kos

Our morning on this early church study tour across Greece and Turkey began with another ferry ride; this time to the island of Kos, Greece. Haven't heard of it? Until now, neither had I!

It's the third largest of a group of islands called the Dodecanese in the Aegean Sea off the coast of Turkey. Getting there just in time for lunch and cold drinks on this hot day brought some smiles to our faces! 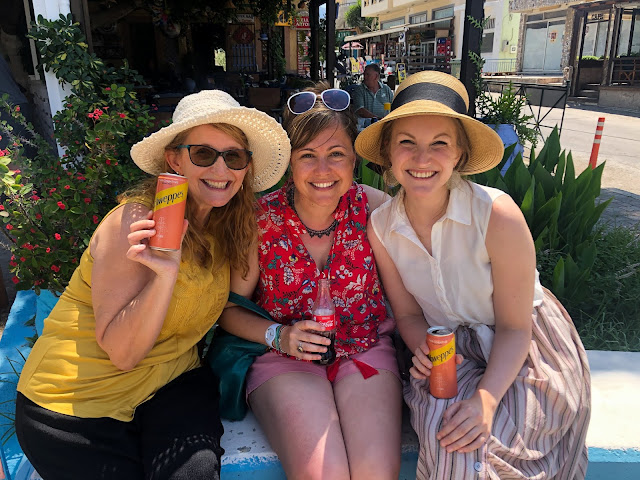 We're here this afternoon to see one of the most famous sites on this island - again, something that until now I had didn't know was here! 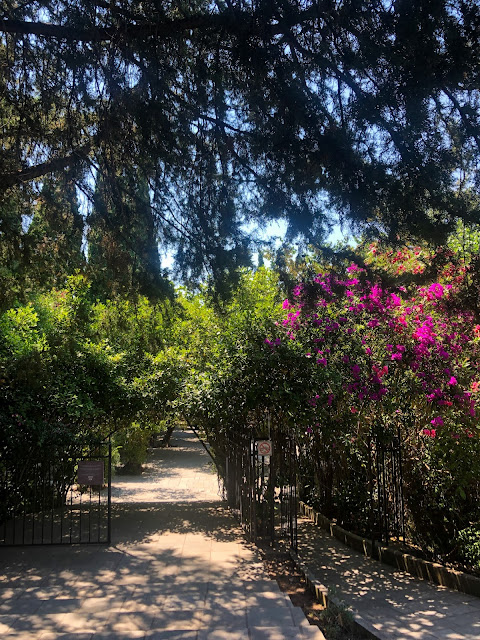 Hippocrates, known as the "Father of Medicine" was born on this island in 5th Century BC. After learning medicine from his grandfather and father, he is the one credited with proclaiming that disease was caused naturally, not by superstition or gods. He argued that disease was not a punishment inflicted by the gods, but rather was the product of environmental factors, diet, and living habits. 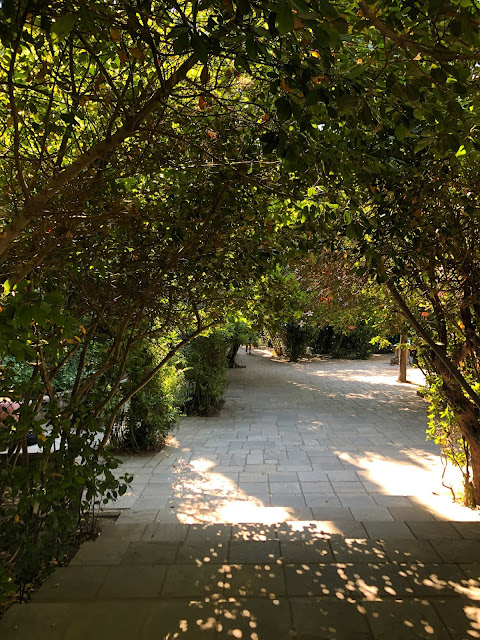 That seems like overly common knowledge today; but it was radical back then!

He started a healing center, built at the place of the asclepeion (a healing temple built centuries earlier), on this island, which appeared to be in a very beautiful location as we arrived to visit. 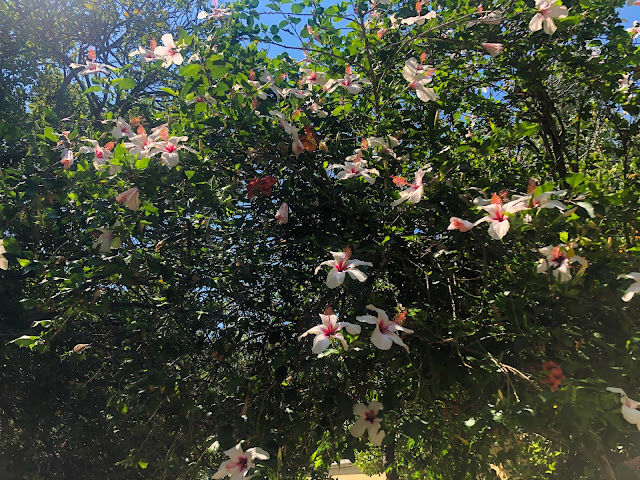 Though in ruins now, back in the day Hippocrates cared for people from this very place, and out of that developed what is known today as the Hippocratic Oath: "To treat the ill to the best of one's ability...". 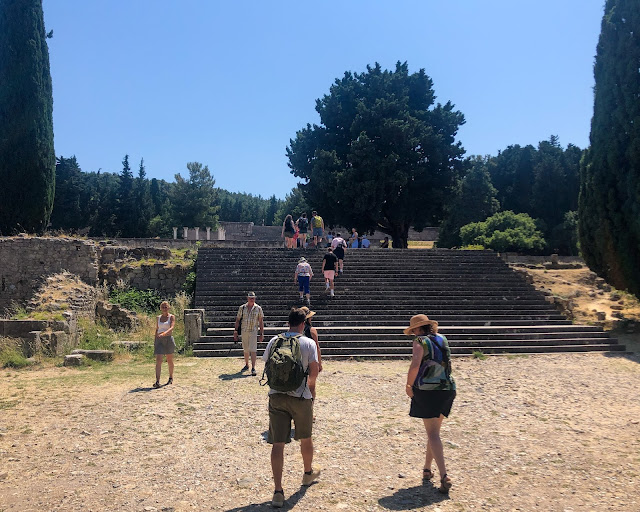 Hippocrates and his followers were first to describe many diseases and medical conditions, categorizing illnesses as acute, chronic, endemic and epidemic and using tearms such as relapse, crisis and convalescence. Isn't it amazing those terms are still in use today? 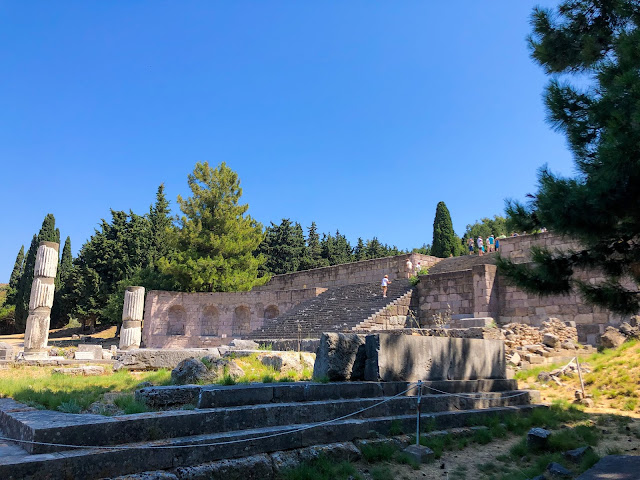 Truly, how amazing to be in a place from so long ago that directly influenced and affected medicine that is practiced today. 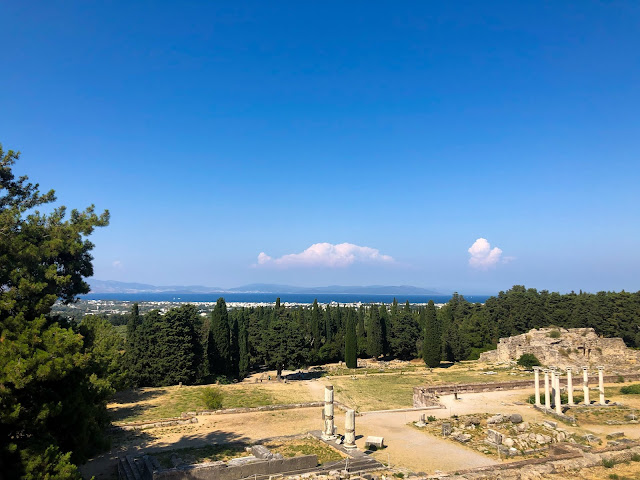 A local guide spent a few minutes with us telling us about Hippocrates and his practices such as the use of healing waters, both hot and cold. She also said they looked at the whole person...even at how conflict with their family member could be part of the problem! 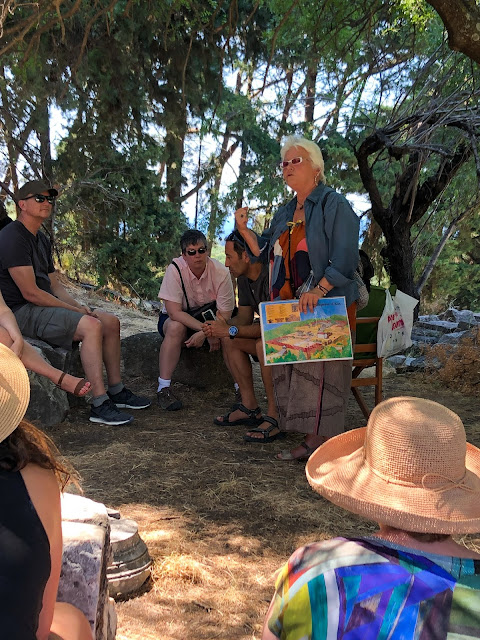 She also clearly talked about the importance of faith and trusting Jesus for healing! This was a surprise to all of us, and so refreshing amidst a lot of other talk about the place and worship of gods and goddesses in this region of the world.

Dave then had his time of teaching for the day. Any guesses on his topic? 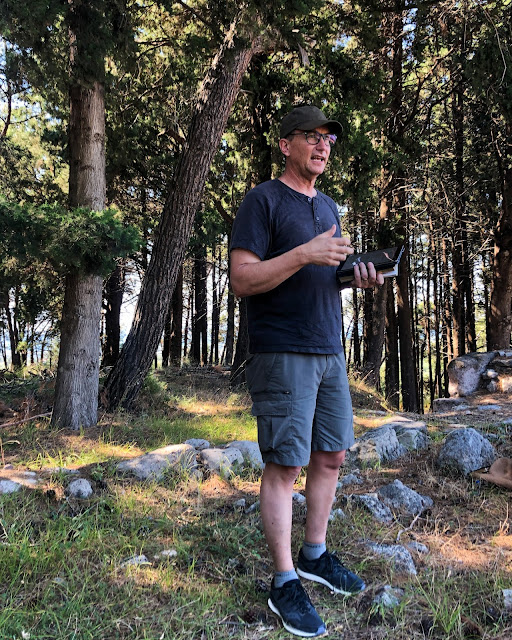 "The Gospel and Healing"!

He started in Acts 21:1 where it tells that Paul sailed straight to Kos (spelled Cos in my Bible!) and then on to the nearby island of Rhodes. Paul was on Kos!

Dave went on to talk about how understanding God's Kingdom affects healing. There are three ways to look at the Kingdom: it is "there" - our ticket to heaven where everything will be solved and we just have to make it until then. 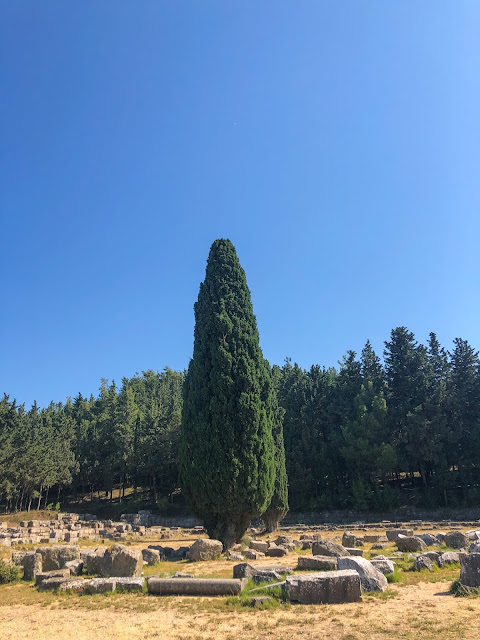 Another option is the Kingdom is "here" - the belief, in relationship to healing, that you shouldn't be sick and you're only sick if you don't have enough faith to believe God for healing now.

But Dave argued this afternoon in this peaceful, healing place of long ago, for the Kingdom being "near" - that we have access, through Jesus, to his healing power through repentance and faith, and that his supernatural power and touch is available when we go to him in the spiritual realm, and ask for his resources to take back into our physical realm.

When our expectation is encountering Jesus and his plan, rather than our own prescribed healing, we have the opportunity to be on his agenda and experience relationship with him there.

I wish I could better explain and describe the profoundness of this teaching from Dave. 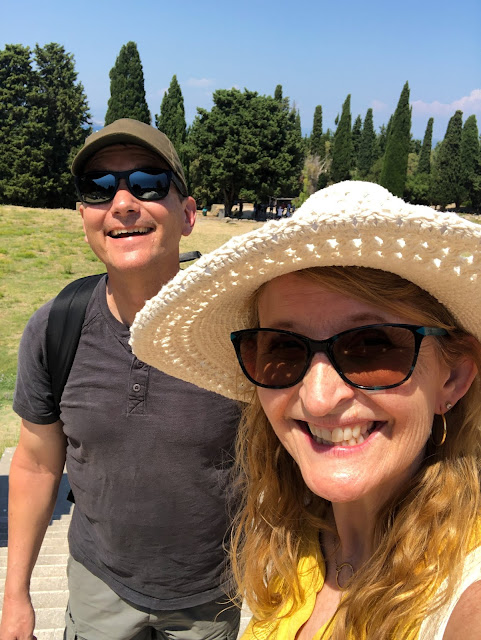 I've heard him teach it for a number of years, and am still absorbing, experiencing and working to live in this reality that God's Kingdom is actually much nearer than I think!

On this beautiful day here on Kos, I again commit to faith in Jesus as I know that is what pleases him the most, and it is how I will see the Kingdom of God at hand. 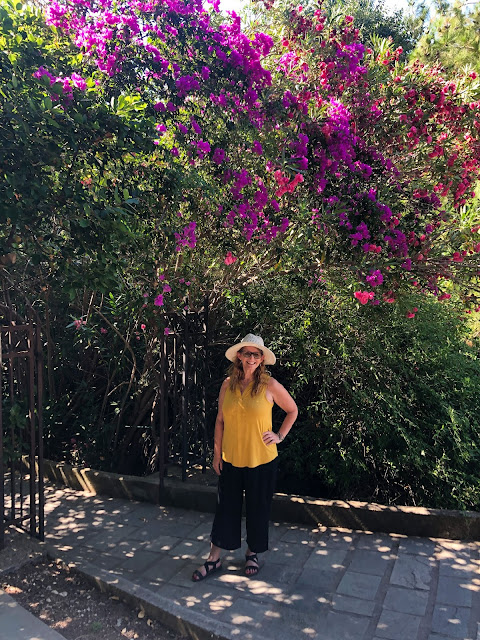 "After John was put in prison, Jesus went into Galilee, proclaiming the good news of God. "The time has come," he said. "The kingdom of God is near. Repent and believe the good news!" Mark 1: 14-15