From the grounds of Ayasuluk Castle above the city of Selçuk, we gathered late this afternoon for teaching time with Dave. 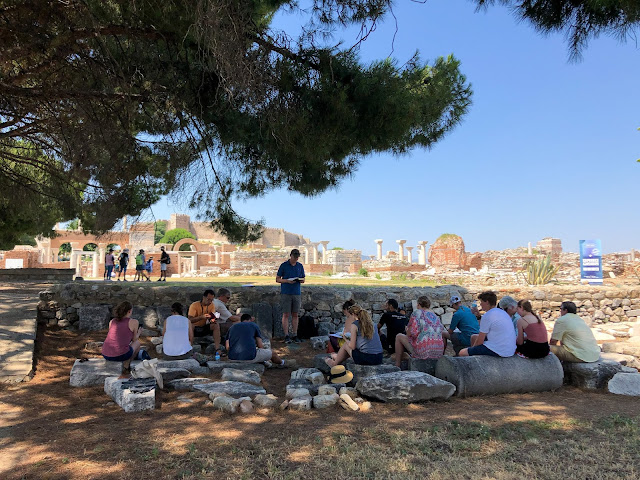 Not only are we above the city, but from this vantage point we could see one of the seven wonders of the ancient world, the Temple of Artemis. 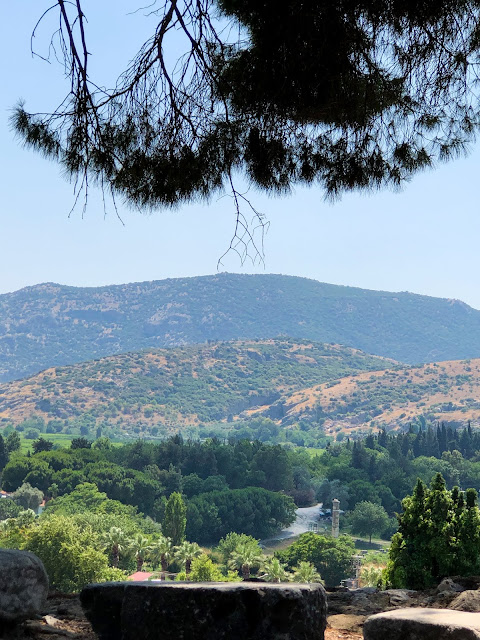 Can't see it so well? That's because there's not much left of it!

If you look very closely you'll see a column to the right of the road. And if you "fill in the blanks", this is what it might have looked like in ancient times.


First built sometime in the Bronze Age (3000-1200 BC), it was destroyed and rebuilt twice after that, and would have been standing during the rise of the early church.

In fact, the temple was mentioned in Acts 19 by a worried silversmith who thought there was danger to it because of Paul's proclamation's of Christ and how many were beginning to follow Him!

It is absolutely fascinating to me that despite all of the people who worshipped gods, goddesses and idols back them, and how prevalent that was, JESUS CHRIST PREVAILED!

So today, here we sit above the RUINS of that temple, studying the Bible and our God who is STILL alive and working today! 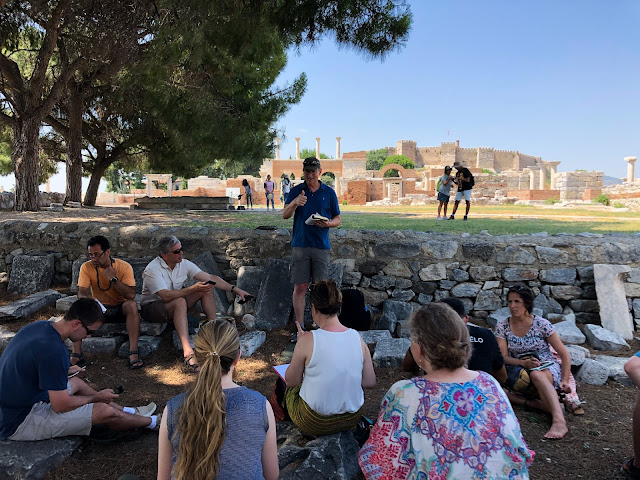 Today's topic was the Gospel and Relationships, written by Paul to the Ephesians, who lived just down the hill from here. 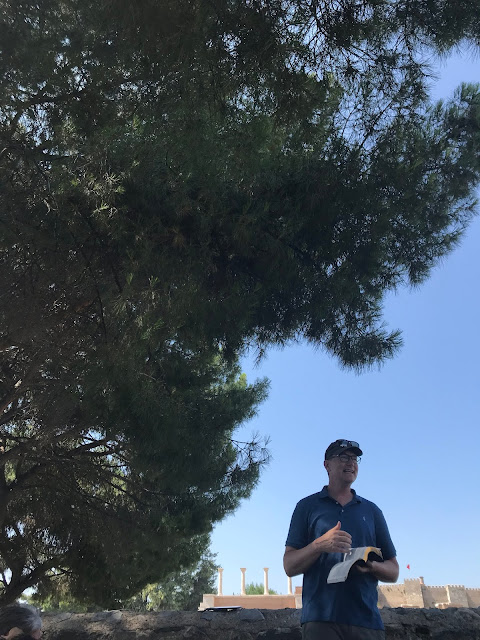 Dave went through the three pairs of relationships in Ephesians 5:20 - 6:9.

Husband/Wife: love and lead/submit and respect.
Father/Children: don't anger and bring them up in the training and instruction of the Lord/honor and obey.
Master/Slave (or in modern terminology, employer/employee): lead in service to Christ and treat them kindly/obedience with a whole heart, as unto the Lord

I listened to this teaching through completely different ears today, understanding in a new way why Paul would have included this in his letter to the early church of believers in Ephesus. 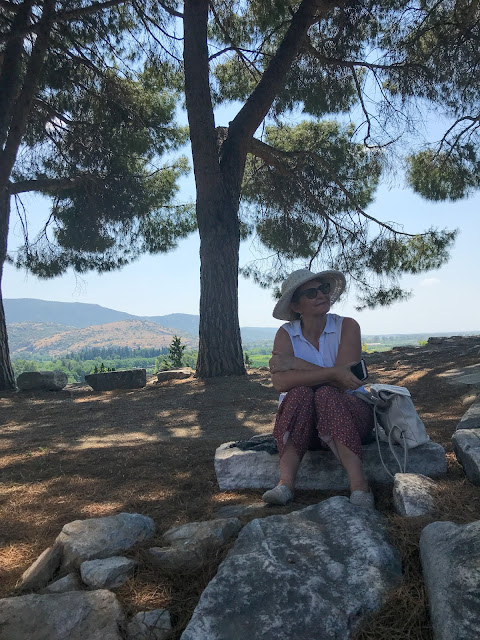 Now this teaching has an incredible "memory peg" for having heard it in the place where the people lived who received Paul's letter telling it to them!

We made our way over to the Church of St John, located up here inside the castle walls. 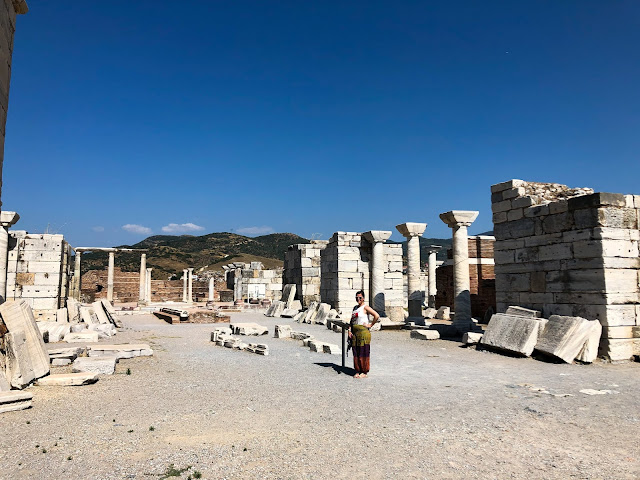 Once a grand church, built in the 6th century, it was in honor of the Apostle John, who is thought to be buried here.


After John's exile to the island of Patmos, where he wrote the book of Revelation, he returned to Ephesus and lived out the rest of his days somewhere near here. 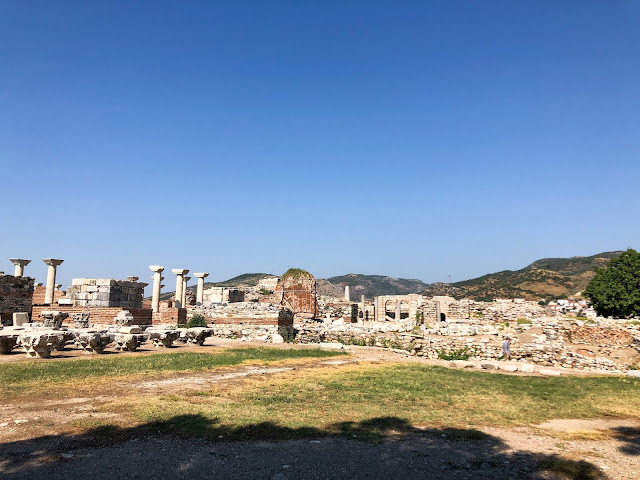 What an incredibly moving day, to be in this place where so much history of the early church took place.

It's also sobering to see how little is left today of vibrant Christian faith like the early church experienced and lived out.

However, Christian faith has persevered through the years and never been snuffed out! Even though there is just a tiny population left in this country, may there one day again be a vibrant and true witness to the power of the resurrected Jesus Christ! 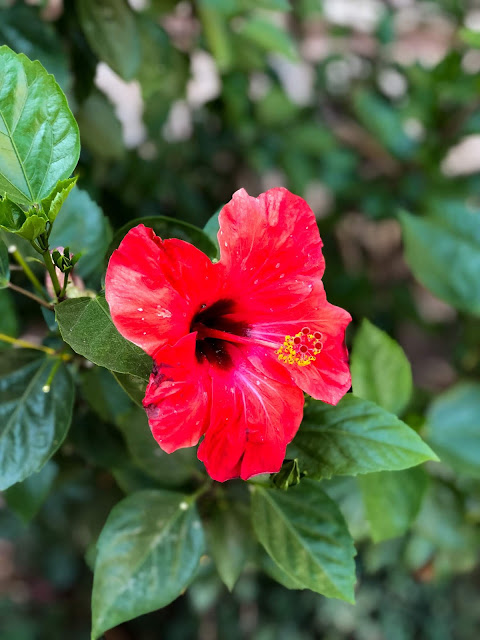