Two hours after the JV board meeting yesterday, Dave and I were at the airport in Chicago to take our flight back to Europe. We arrived tired, but safe and sound into Vienna. 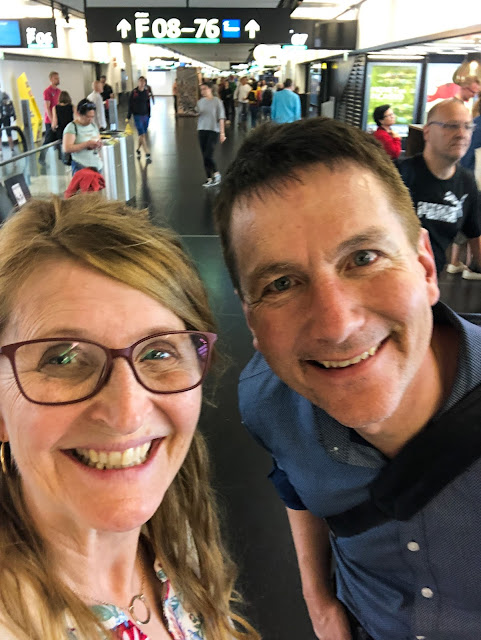 While waiting for our delayed flight to Krakow, Dave made a purchase he's been contemplating for a year. 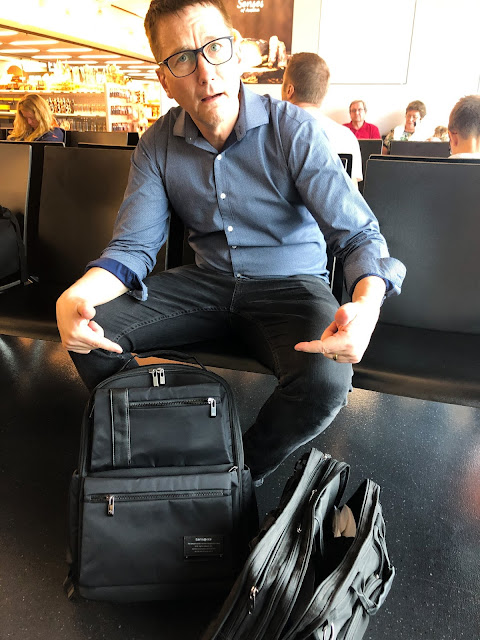 After 35 years of watching him travel everywhere with his briefcase, he's made the jump to a businessman's backpack instead! 😂 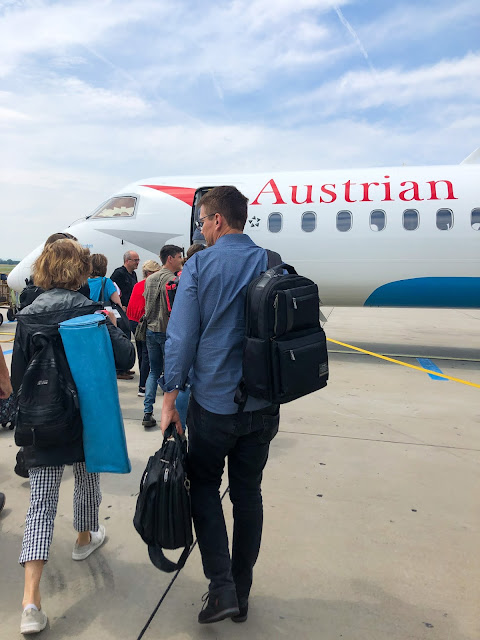 That briefcase has been an extension of him for so many years! But it was finally time to retire it and get a new, and more ergonomic, version of it. Here's to hoping it lasts for as long as his briefcase did!

Once in Krakow we discovered that two pieces of our luggage didn't arrive, so went to stand in line to find out where it was. 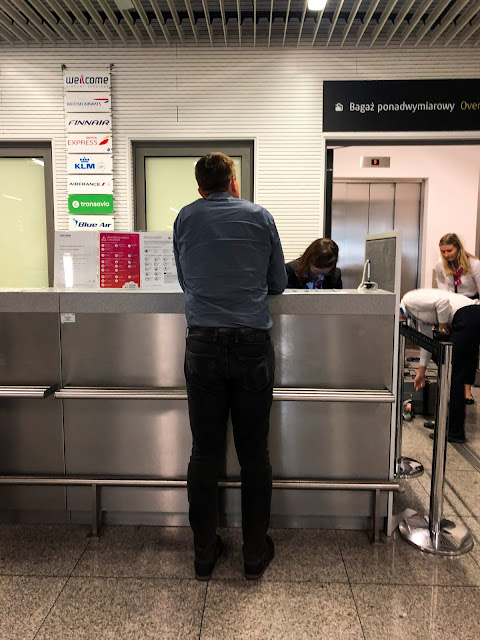 If we hadn't done that, we would've missed seeing these JV teammates, Kevin and Daniela, who were coming back from a ten year planning summit with the leadership team of KAM, our JV ministry in Czech! 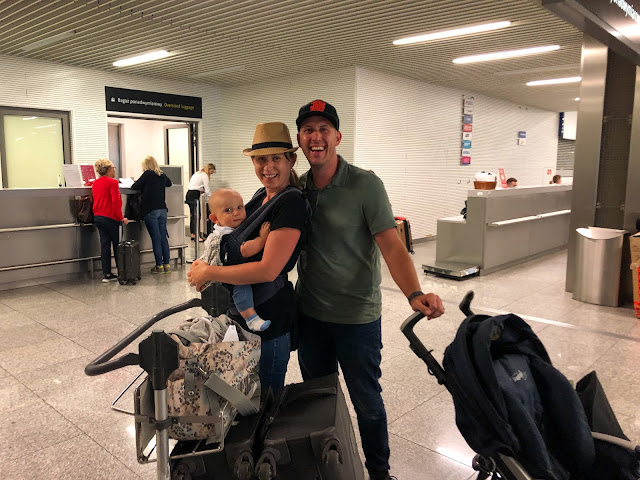 Our bags were, thankfully, found in Frankfurt and will get delivered later on today.

In the meantime, we headed into downtown Krakow by train to get some dinner before coming back to the airport to spend the night. 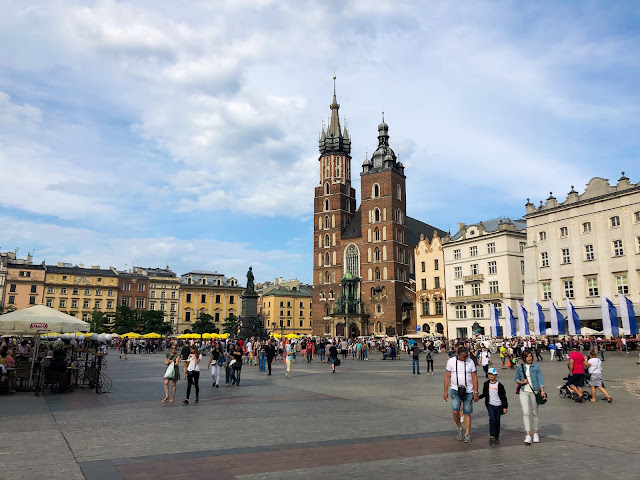 We're actually not even going home, but headed on to another trip tomorrow.

I am happy to be traveling with Dave these days!
Posted by Living By Lysa at 10:30 PM