Up bright and early in San Antonio, Texas, I was in Denver by 10:30 this morning. 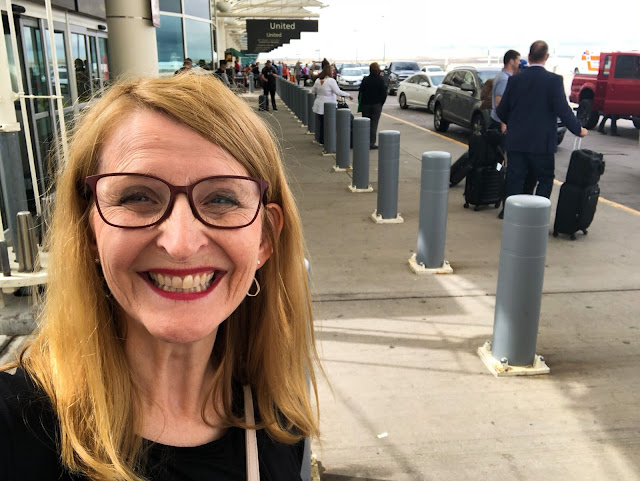 Why? Because this little guy was picking me up! 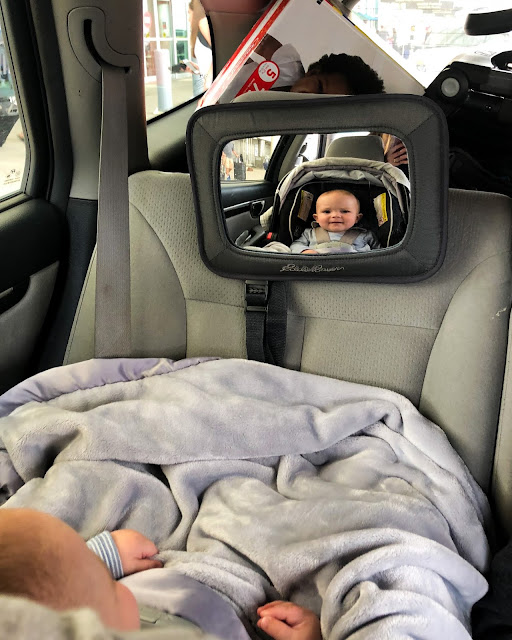 Well, and his parents too! 😉 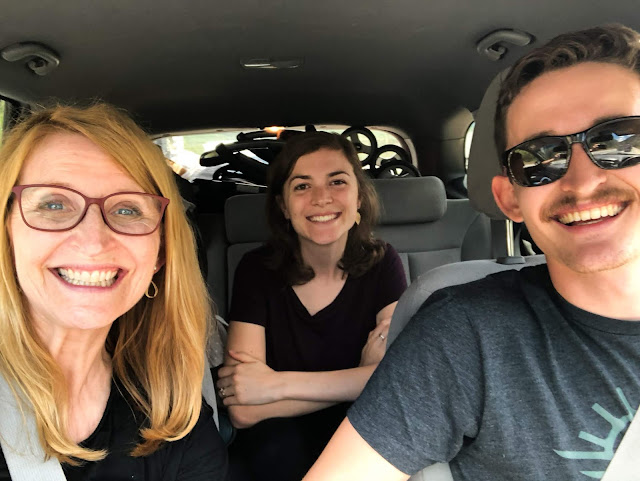 Back in April Caleb called me to ask if there was any chance I'd be free for a couple of days during this stateside trip in June. While we usually have our schedule fully packed, there were exactly three days that were unspoken for...and they were the exact days he was asking about! Seriously, only God could have arranged that.

So they picked me up at the airport this morning and we headed to the mountains. 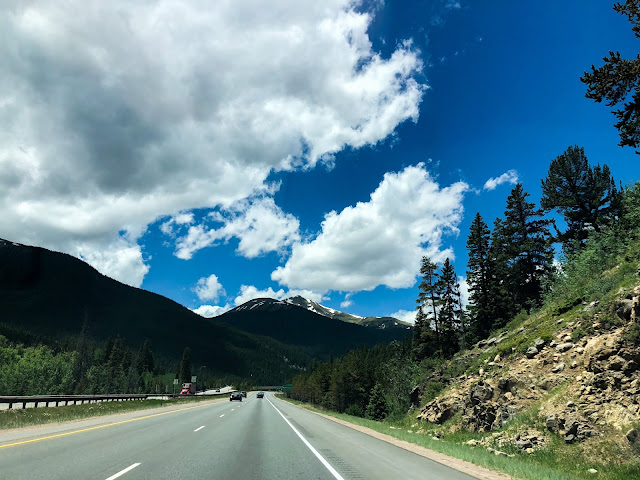 For the past two and half years, Caleb and Haley have been part of Mountain View Community Church in Fort Collins, a church that began in 1993 and has birthed a movement of churches across the nation called "Crossway Chapel".

Each year they gather together the pastors and leaders of this movement for a time of encouragement and refreshment, and this year they invited Caleb and Haley since Caleb has been serving in the church part-time, and they are being sent out of this church as missionaries. 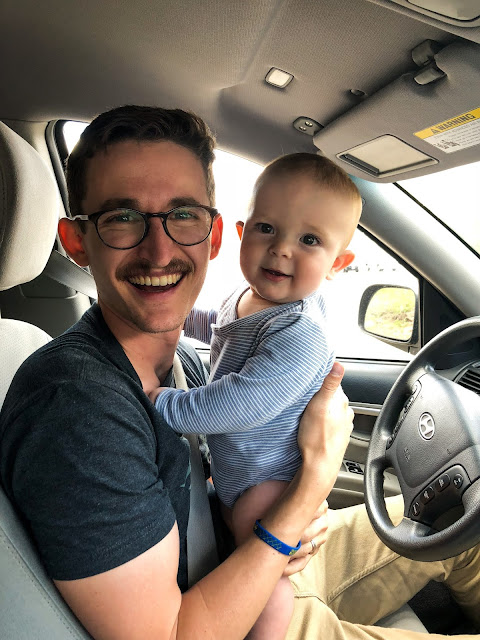 The "Huddle", as they call it, is in Beavercreek, Colorado so that's where we were headed. Or at least, were trying to head. 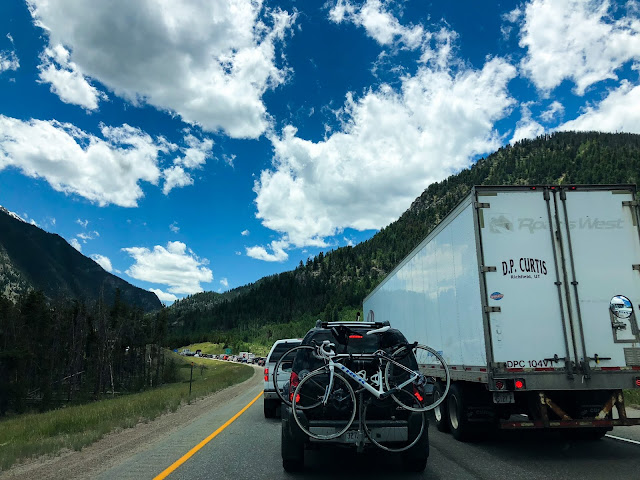 If you've ever driven I-70 through the Rocky Mountains you know that there is really just one way over them; if there's an accident or construction, you can be stuck in traffic for a long time, which is exactly what happened this afternoon.

We felt a little bit like this dog hanging out the window of his owner's car as we all inched along, for an hour and a half - ready to be done! 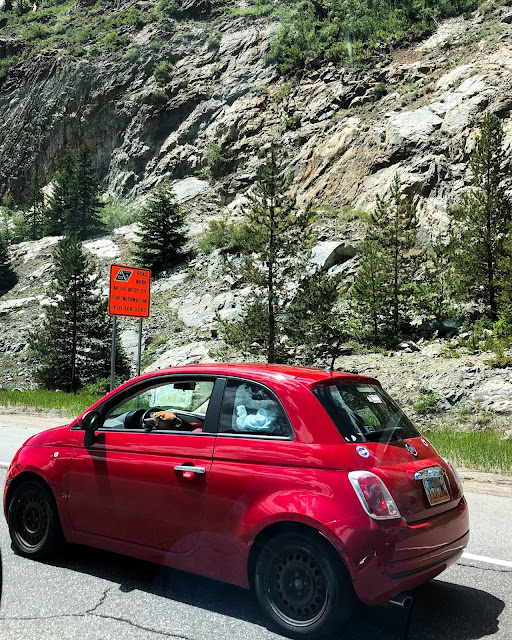 The slow drive was worth the wait for the pretty view we encountered upon arrival! 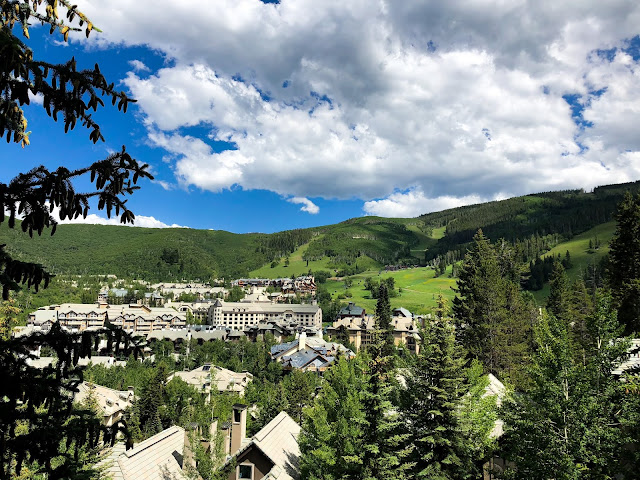 And the reason I'm along with Caleb and Haley? To take care of Charlie so they can fully participate in the program with the others who are here for the huddle! 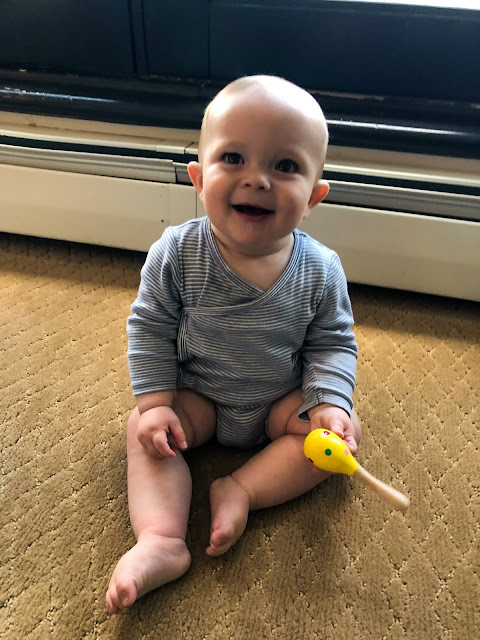 I've not only got Charlie, but another staff member's five and half month old baby as well. So it will be the three of us hanging out for the next couple of days. 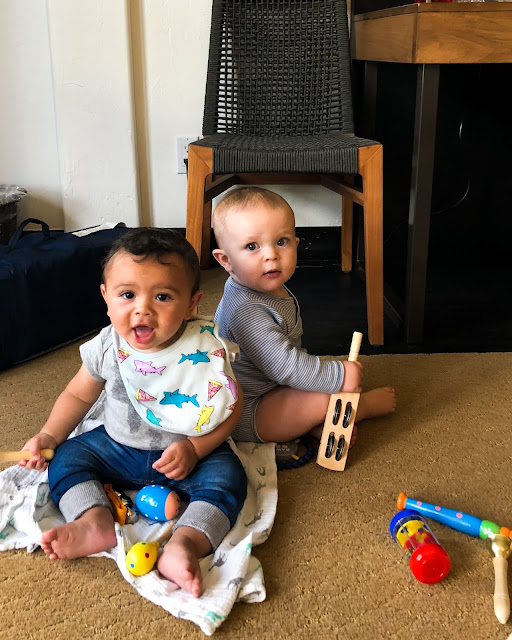 I brought a bag of musical instruments for these little guys to enjoy, and that sure captivated them this afternoon while their moms and dads were in meetings. 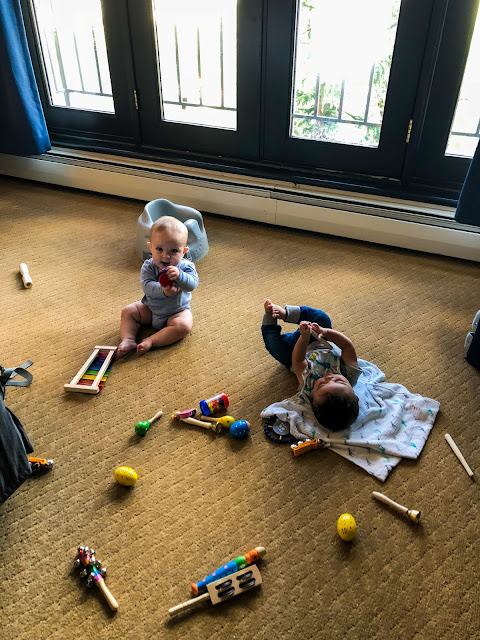 I don't know if it will keep them busy again tomorrow, but I'm sure excited to be here with them, especially getting time with my dear grandson, Charlie! 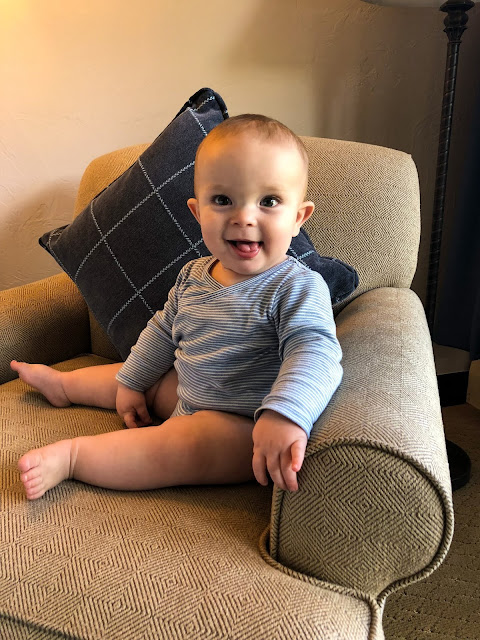