Some dear friends of ours invited us to spend the night with them downtown Chicago which I was so looking forward to.

Downtown Chicago became very meaningful to us while our kids were studying at Moody Bible Institute over an eight year period of time. I loved getting to know the city during those years when we would visit them.

But because my plane arrived late, and luggage took longer than usual, we didn't arrive until midnight.

At least we got to see the view! 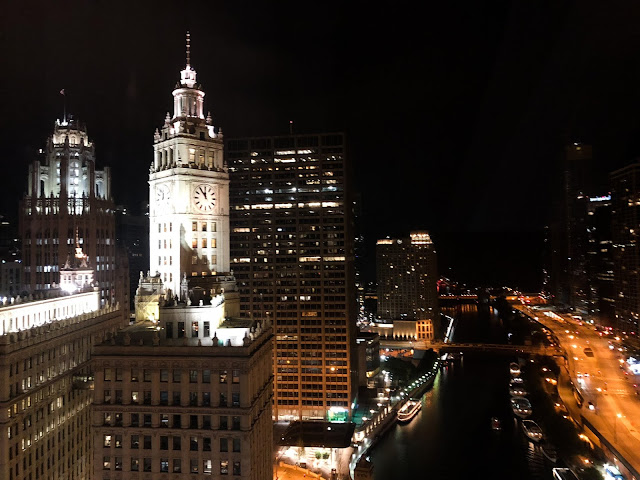 When we woke up a few hours later it was to this view, a torrential downpour like I've never seen in Chicago before! 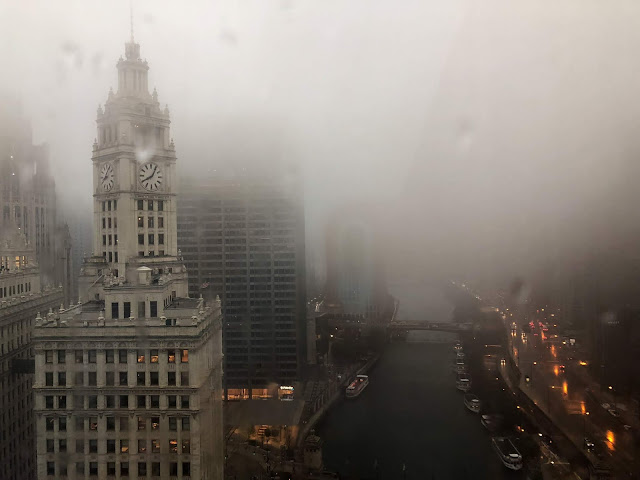 They wanted to take us out to their favorite place downtown for breakfast, but we couldn't have walked two feet without getting completely drenched. So instead ate at the hotel, enjoying conversation just the same as we would have at another place.

While we didn't get to walk downtown as planned, it was still fun to go back to a city that holds lots of sweet memories.
Posted by Living By Lysa at 10:00 PM