Today was our last day Gull Lake for this year; Dave finished teaching through Psalm 23, and Caleb and Haley are done sharing about Josiah Venture and their upcoming ministry in Albania. What an incredibly sweet week it's been! 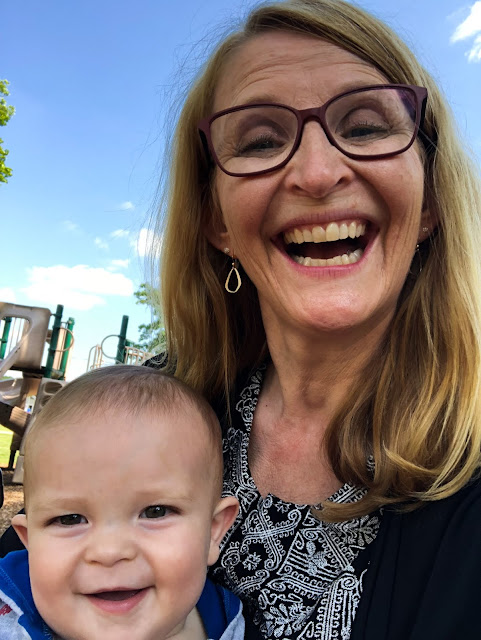 While Haley packed this afternoon I took Charlie out for a little walk; this is my last day to be with him for quite a while. 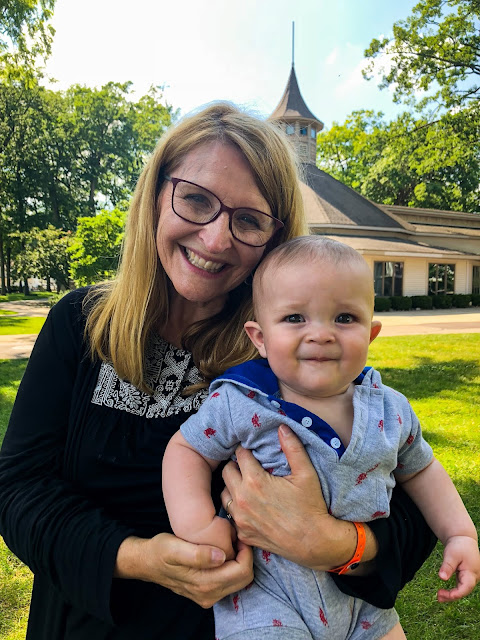 While we were outside, my friend Karen was walking back from being at the the lake with her kids, so we stopped and talked for a while; then Caleb came out and I couldn't help but take this picture of them! 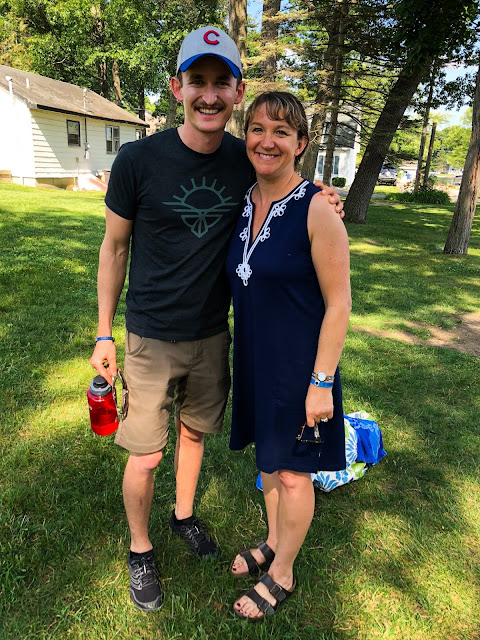 Karen lived with us in Czech for a summer when Caleb was only six months older than Charlie is right now. What an amazing full circle to see her with adult Caleb and his baby son! 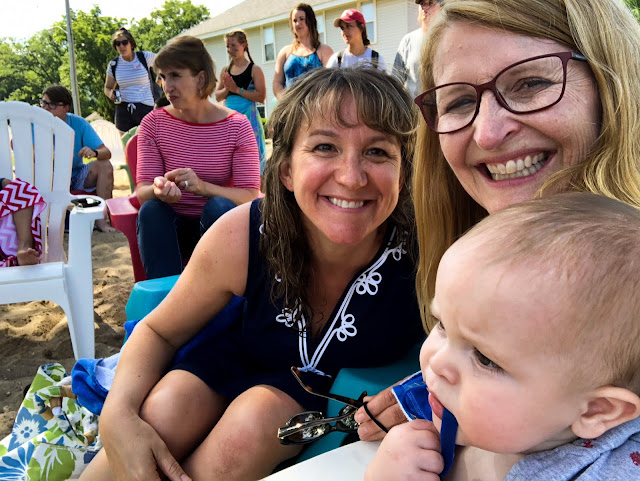 She and I went back down to the lake to be there for one of my favorite events of the week at Gull Lake.

This afternoon was a time for any campers to be baptized! I saw in a newsletter from Gull Lake Ministries that last year they baptized 71 during camp season. What a special memory for those people, to have made their declaration for Jesus here in a place where they've grown spiritually.

There were three signed up for the baptism today, but Daniel, the camp director, always asks if there are any others who are ready for it. And this dear young man was among those who said yes! 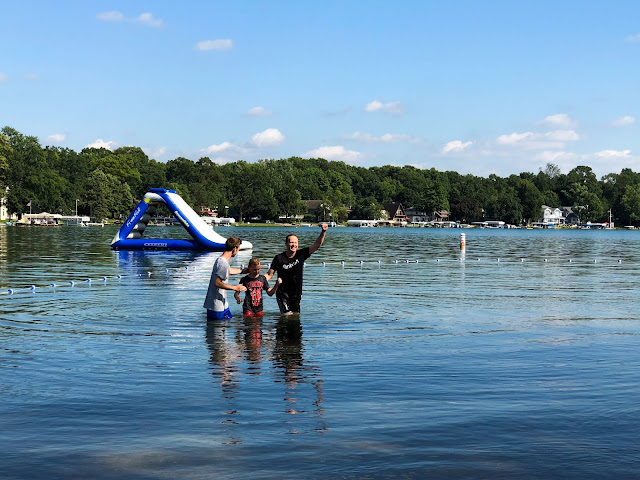 I know his parents, and know they were absolutely thrilled that he chose, on his own, to go forward for baptism. May the Lord continue the good work that he began in this boy's life, and grow him into a strong man of God like his dad.

And may He do the same for all of these young people who publicly declared their faith today. 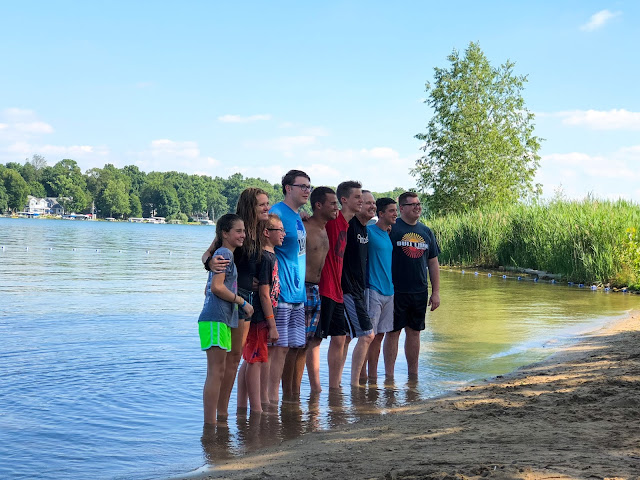 One last dinner with everyone followed the baptisms. Any guesses on the theme?!


After a fun Stars and Stripes evening, we began saying our goodbyes for this year.


Camp doesn't end for everyone else until tomorrow morning, but because we have a plane to catch in the morning in Chicago, we have to leave tonight. 😢


This has been an exceptional week here at Gull Lake. From time with family and friends, to making new friends and being served by the awesome staff here, it's deeply touched us to be here again.


Dave was invited back to speak in 2020, during Gull Lake's 100th anniversary! Since Dave said "yes" to their request, we'll be back during Week 4 that year. So this is just a "see ya later!"

After saying our goodbyes, for now, we got into the car, with Caleb, Haley and Charlie too, and headed to Chicago. 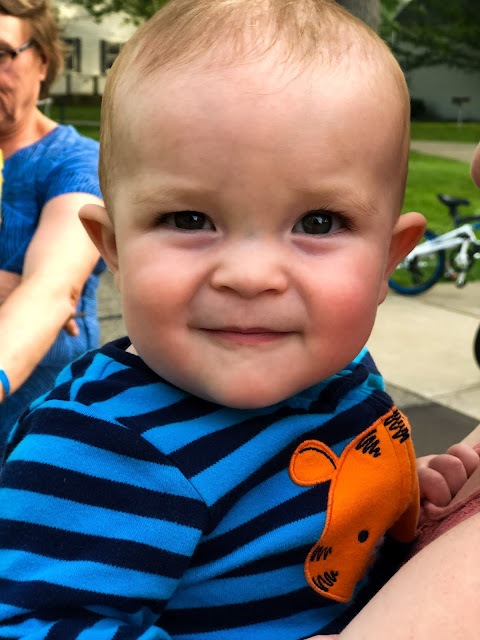 Our hearts are full after such a wonderful week here!
Posted by Living By Lysa at 11:00 PM