When our oldest son, Tyler, was just a little guy, Dave began giving him haircuts at home here in the Czech Republic. To keep a wiggly three year old happy while Dave slowly cut his hair, I began creating stories about a little boy and his pet pig.

I named them "Harold and Honeysuckle".

Those stories continued on for nearly ten years, occupying my kids long past the time that dad was giving haircuts! I told them on car trips, at bedtime, when they were bored, and any other time when they needed a giggle.

Harold was the good, responsible boy while Honeysuckle (who could talk, of course!) was the extravagant, wild, daredevil pig who led them on fantastic adventures.

Many times I've wished that I'd written down those stories back then. But even more so, I've wished that I was an illustrator who could draw the likeness of those two characters who I see so clearly in my mind.

Enter a cute store in Bratislava where I found this cutie during our JV Amazing Race!! 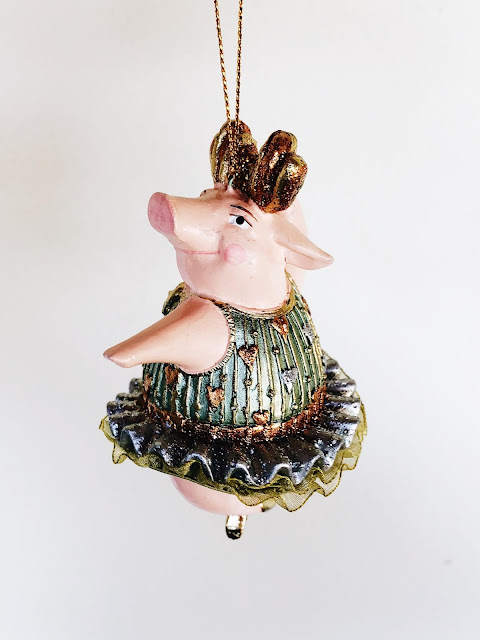 This is almost exactly what I've envisioned Honeysuckle to look like!

She is sassy, rotund and extroverted. She's got her own sense of style, never misses a moment to shine, and loves to be the center of attention! 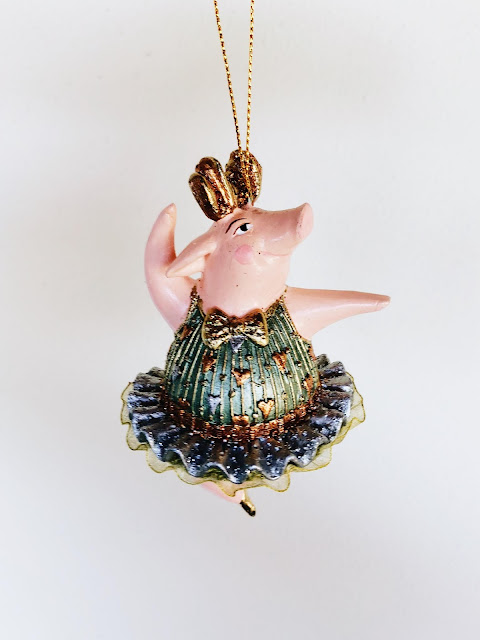 I can't even begin to imagine why she was designed as an ornament on a string! But I'm so thankful that someone had a vision of this darling girl.

Maybe now that I have her in my home, I'll be able to recreate some of those stories on paper. And who knows? Maybe, just maybe, she and Harold will show up in a children's book that I write someday!
Posted by Living By Lysa at 7:00 PM