At the last challenge of the day yesterday here in Bratislava, we gave instructions to the teams on where they were to meet today to find out the next location for the Amazing Race. 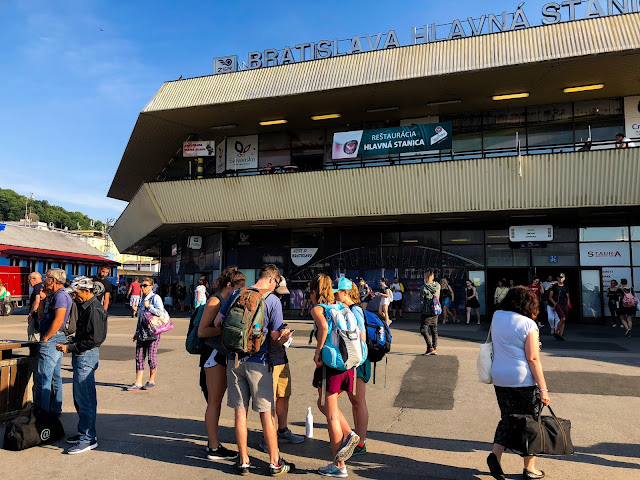 The first half of teams who finished yesterday's race at the Prayer Challenge were told to be at the train station at 5:50 AM this morning; that's an early morning!

The next half had to be there at 7:50. This meant the first 14 teams had a two hour advantage over them on finishing the race first.

While all of them had to use public transportation to get there, Claire and I were picked up by one of our JV teammates, Peter who serves in Bulgaria, and we arrived at the train station early to be ready to serve breakfast.

Out of the van! 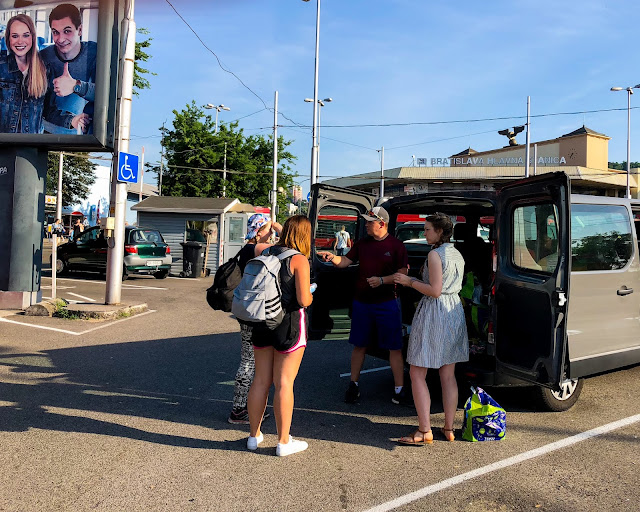 With the change in hostels due to bedbugs in the one we were supposed to stay in, the four new ones weren't able to accommodate us for breakfast. That meant some good flexibility by our team in figuring out how to feed 150 people before the day got started. 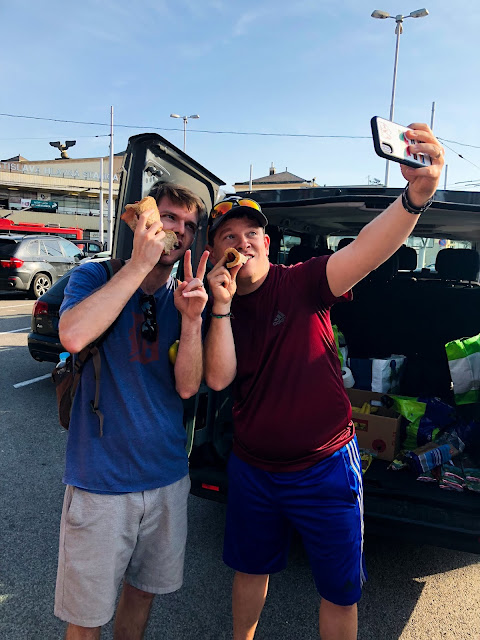 In the end, they probably ate better at the van than in the hostel! Sausages, bananas, protein bars and bread made up a fairly healthy breakfast for our teams before they got on the train to their next race location. 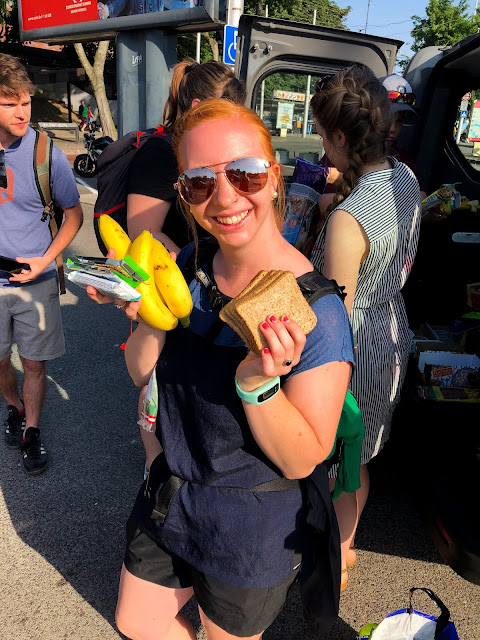 While the teams had guesses on where they might be going today, they now know where their final set of challenges will be. 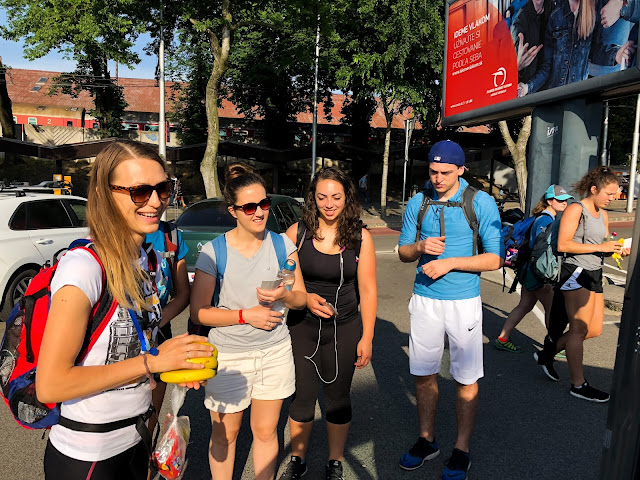 They all took the train there, but Claire, Peter and I zoomed along the highway in the van to meet up with them. Guesses on where we're headed? 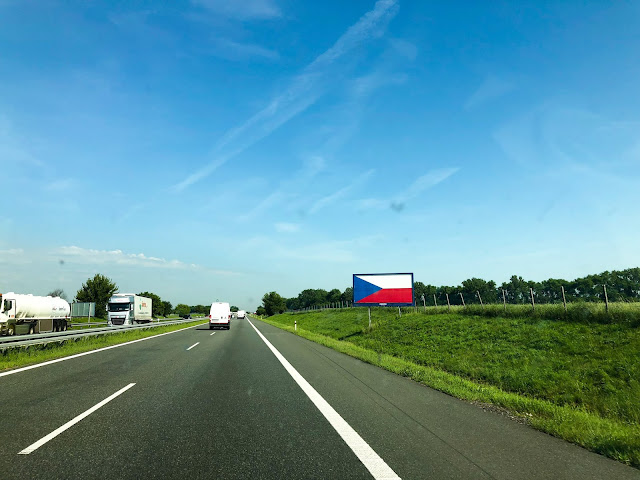 Peter dropped us off at the train station where we picked up Claire's car, and then headed downtown Ostrava to help out at one final challenge station. 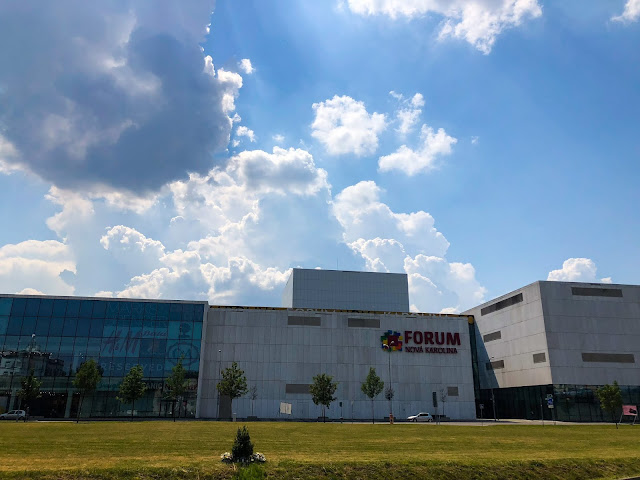 Each day of the Race, there were 10-12 locations where the teams had get to for their next challenge before going on to another one. And those locations were spread out all over the cities we went to.

I heard someone say that they had over 25,000 steps on their counter at the end of the day, equalling over 10 miles that they walked (or ran!) in order to get to the next challenge.

One of those challenges today was down here on the main square in Ostrava. 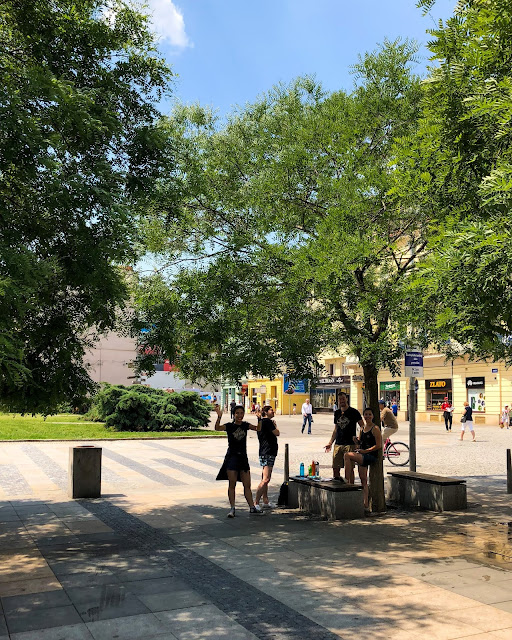 More of our JV teammates met us here. They'd left Bratislava around 4:30 AM in vans in order to get here in time for the first teams to arrive!

We jumped in to this challenge, listening to our teammate give instructions so we could help out with the next ones to arrive. 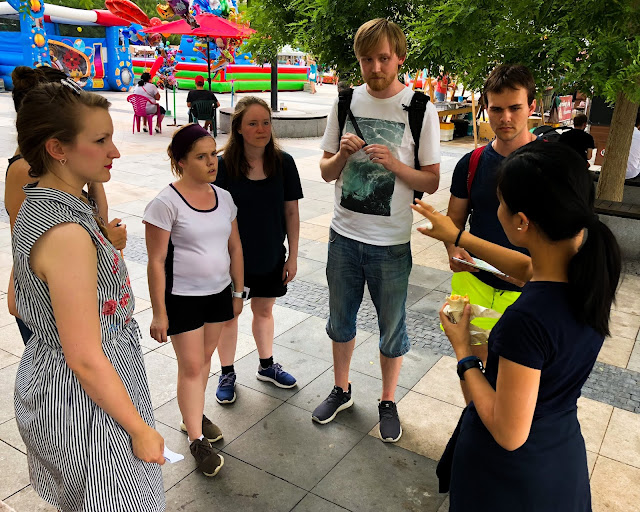 This particular challenge was multi-faceted.

Each team member had to memorize a different name of a particular Czech meal, remember it without having help from their teammate, walk across the square, find the cafeteria where it was being served, order it and be understood, and then finally...eat the whole plate! 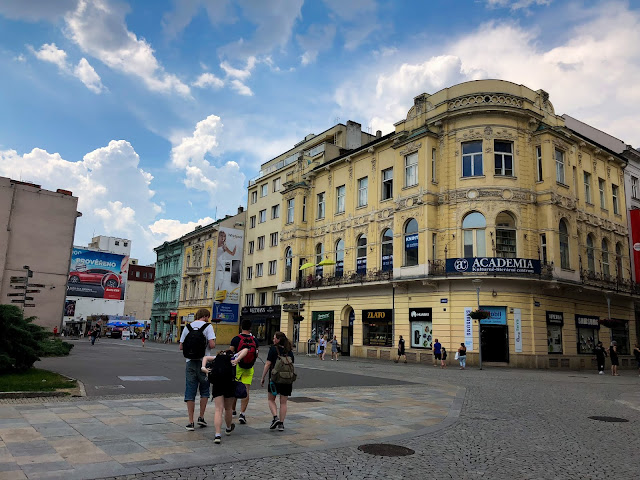 For a while just a team or two came by; but at one point, we had many teams which made it wonderfully chaotic! 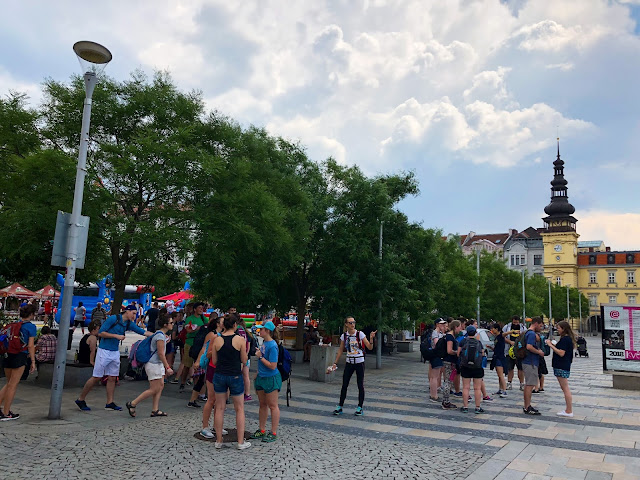 With Claire's Czech ability, she got to be one of the teachers at this challenge, helping them learn and memorize such names as "Svíčková na smetaně s houskovým knedlíkem". Would you be able to learn that?! 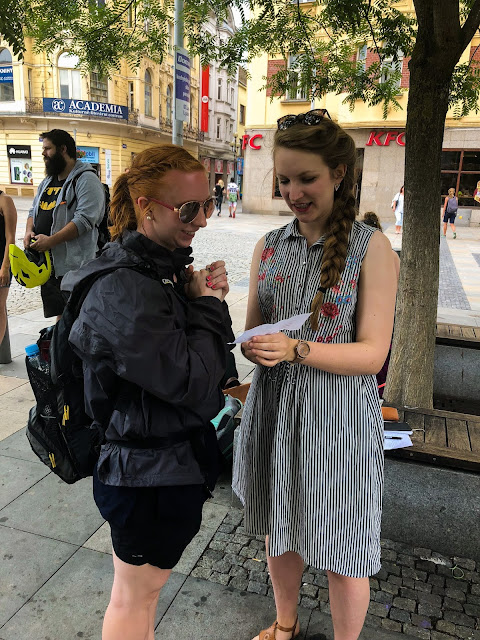 While this challenge wasn't meant to be a food challenge that was difficult to eat, it turned out to be that way because some teams ate lunch JUST before arriving here! You can imagine how full they were as they waddled walked back across the square to pick up their next clue for another challenge. This square happens to be the one that Tyler and Lara live on, so we had a little company come by to visit us at our station! 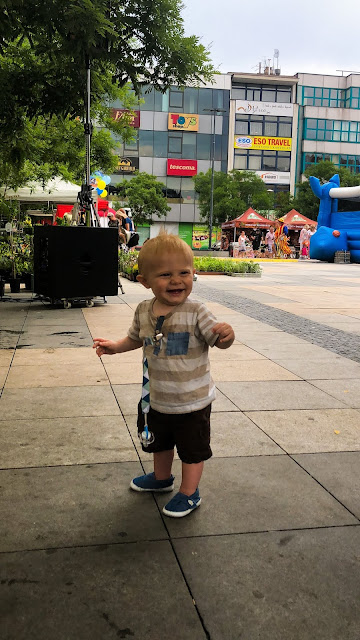 Asher is just starting to walk, which I hadn't seen yet, so it was pure joy to watch him standing alone and then taking some steps!

Judah's new preschool that he just started attending is on the square too, so when he finished, he came over to give and get hugs from us! 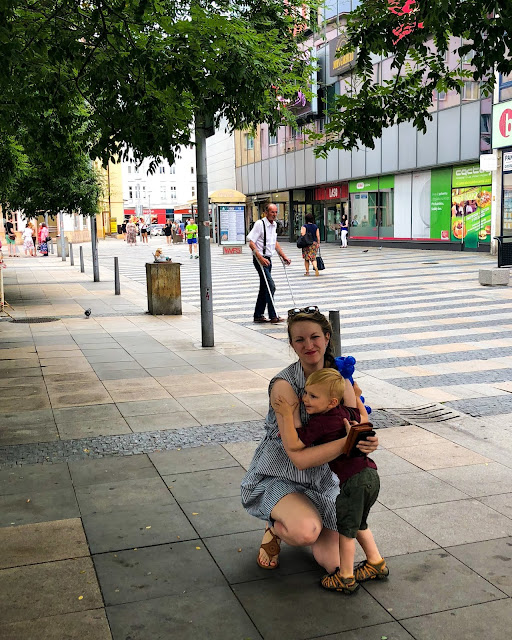 Back in Frydlant, where the final challenge of the Amazing Race was held, one of our teams from Slovenia finished in first place!!


The Lord definitely carried all of the teams through the challenges they were faced with, and developed bonds of unity among them over the past three days.

They now head into an intensive time of training up at Malenovice, in preparation for the rest of what the Lord has for them this summer!
Posted by Living By Lysa at 10:30 PM